An organization is only as good as the people manning the reigns by which it draws its success upon, or in some cases, the lack thereof. And although its people are able to work well individually, if the team as a whole is short of morale, among other things, then it would be impossible to carry out the organization’s mission and vision. Growth, for many people and the small business itself, would appear as not coming soon enough and development would be taking rather too slow.

A long time ago, despite experts’ collective effort to upgrade work performance using process, system, and technology, they still weren’t able to solve issues in effectiveness and efficiency in business, paving the way for research on the socio-psychological or “human” factors of work processes. Because of WWII, the research was extended into the social sciences and studies on the behavioral impact of working in an organization, focusing on the importance of teamwork and leadership. You may also like best research proposal formats. 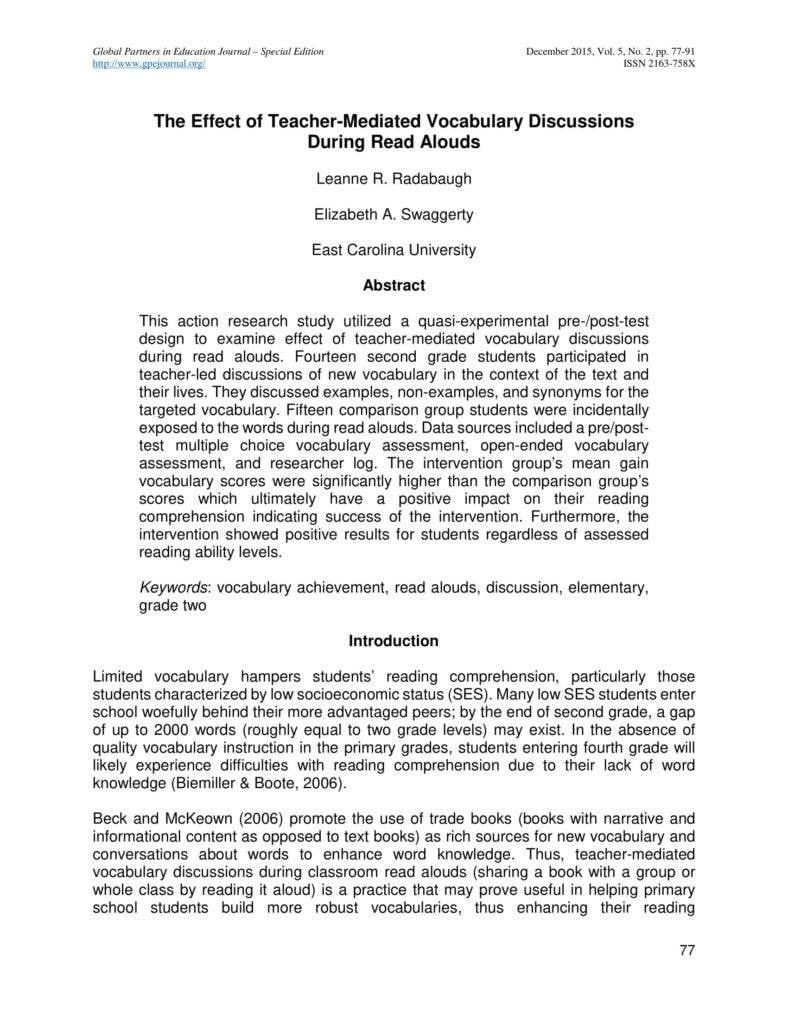 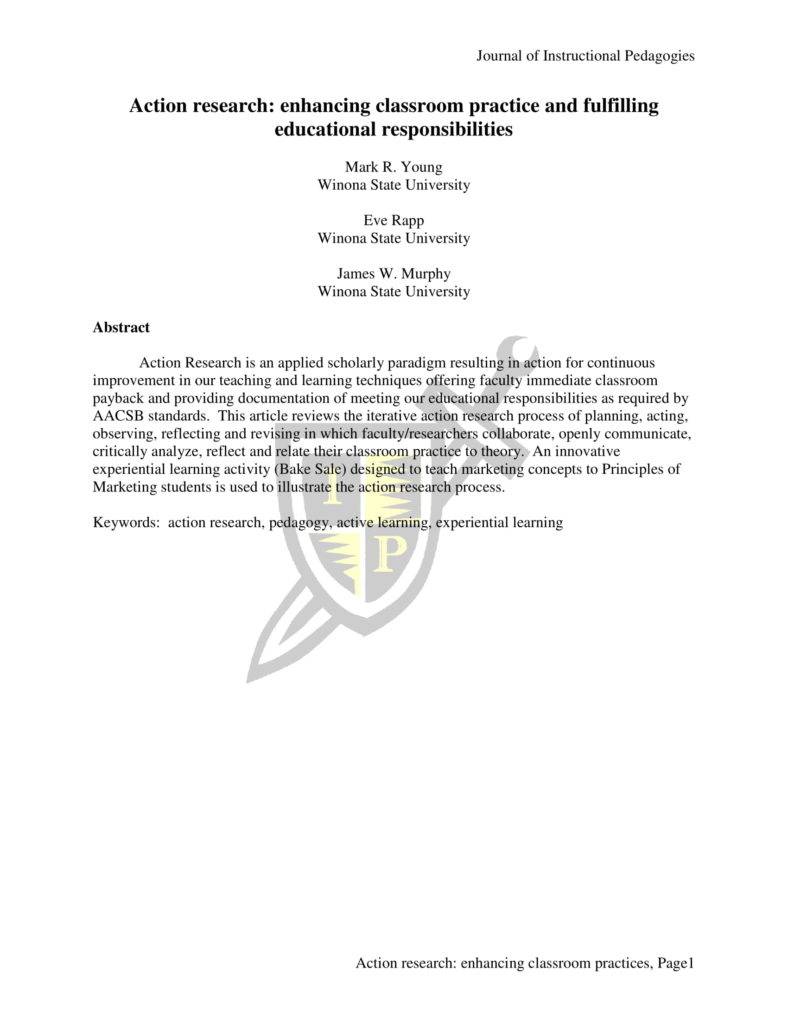 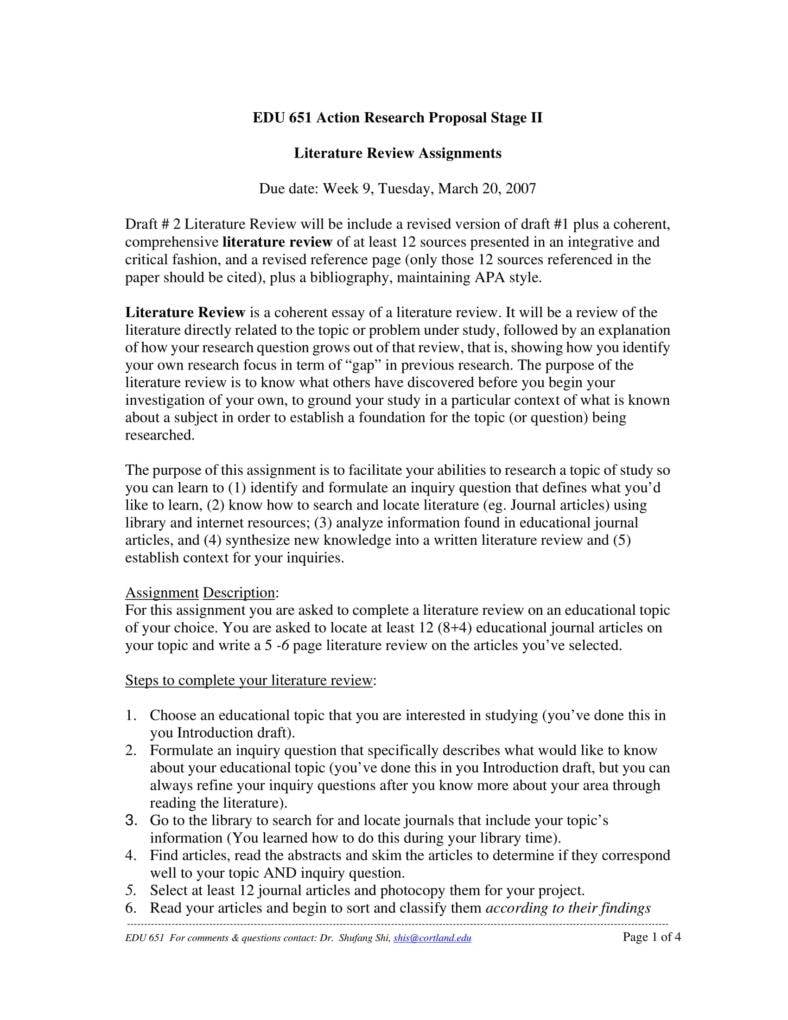 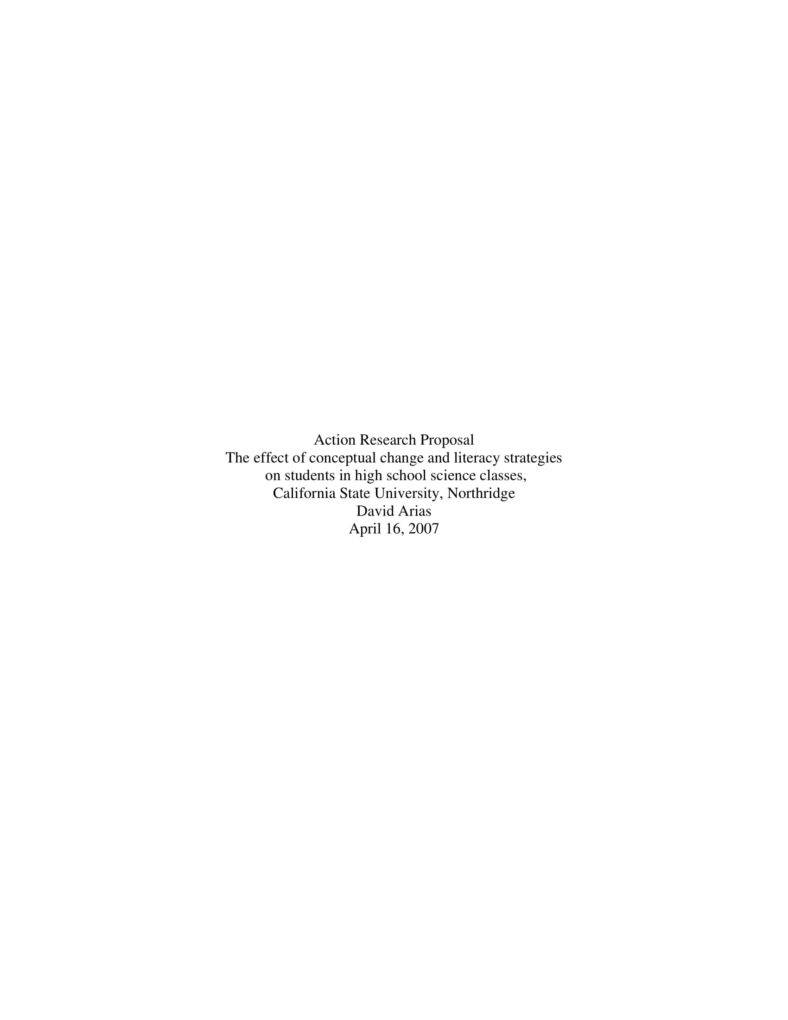 As one of the founders of what we now know as Organization Development, German-American psychologist Kurt Lewin, known as one of the modern pioneers of social, organizational, and applied psychology in the United States, committed himself to examining the humane side of a developing society, and how it works through change. He also further shed light on how an individual wishing change can work successfully by changing and improving his perceptions of the world he lives in so that he can grow, learn from it and move forward. Action research is the foundation of this practice, it is the cornerstone of the theory and its application is based on Lewin’s statement, “no action without research, no research without action.” You may also like research proposal templates.

Action research further defined, is “the process of systematically collecting research data about an ongoing system relating to some objective, goal, or need of that system; feeding these data back into the system; taking actions by altering selected variables within the system based on the data and on hypothesis; and evaluating the results of actions of actions by collecting more data.” You may also like research plan templates.

Organization Development and its Background

Kurt Lewin wasn’t the only major theorist in the Human Relations approach, and although organizational development (OD) may seem like a new trend in research and applied psychology, it has been around for quite some time. In the suburbs of Chicago, during the late 1920s up to the early 1930s, under the supervision of Professor George Elton Mayo (1880-1949), one of the most famous experiments in industrial history took place at Western Electric’s factory. The series of experiments was called the Hawthorne effect, which became an important milestone in management and organizational way of thinking. It has since established Mayo as an important figure, discovering a valuable approach in management, by presenting facts about the impact of behavior in the improvement of an employee’s job satisfaction, productivity, and participation, that even believers of similar previous studies by thinkers Frederick Taylor and Hawthorne, simply cannot ignore.

By definition, organizational development (OD) is “an application of behavioral science to organizational change.” It goes beyond the various processes, activities, and theories aligned towards the improvement of individual organizations. It emphasizes the importance of well-thought planned approaches and style to the changing or upgrading of structures, systems, and processes in an organization so that it can lessen the chances of any negative impact. OD interventions put a focus on the idea that people can turn their work life around by creatively using their capabilities in the development of positive new results when it comes to group dynamics or organizational performance and that the workforce is the heart of the organizational system. Making use of the system approach works better for the development of more human-centered principles in the handling of organizational change. You may also like printable research proposal samples.

The field of OD may be a little too broad but what separates it from other systems used in the application of organizational change, is that it largely caters to process rather than problems. In the past, group change systems have widely preferred traditional means, determining organization issues and addressing it only by changing whatever behavior is believed to have caused the problem. On the other hand, OD initiatives put emphasis on the identification of behavioral interactions and any visible patterns creating problems, and instead of just changing isolated behaviors, the ultimate smart goals are making an organization behaviorally healthy, which in turn anticipates and prevents problems.

The common characteristics found in OD programs are the efforts that would serve a team longer, which in most cases would be at least one to three years running. Additionally, it prioritizes collaborative management which would mean everybody in the organization participates in the solution and decision-making. It also recognizes the fact that no organization is ever the same and that solutions may work for one group but can be considered ineffective for another, therefore, they can’t all be applied for different companies, although the approach would generally be the same. Furthermore, OD programs put the value of teamwork in the core of a company’s growth and sustainability, with most OD systems applying maximized organizational changes, overcoming challenges with the help of individuals and small teams. You may also like market research proposals.

The Action research model in organization development is also a theory largely based on pragmatism so that data itself is not necessarily a solution to implement change but that data about issues in an organization serves as the agent for change, offering a more profound and reliable basis for solutions which all people affected by the change would be responsible for. In a nutshell, no other approach is able to provide both theoretical and realistic application to organizational change than Action research. You may also like what is market research proposals.

1. Action Research Theory bridges the gap between building knowledge and data gathering with proven effective action necessary for companies to function as a work environment that cares about the participation of its people.

2. It motivates and increases workforce morale and pushes the organization to make the change sustainable by offering documentation about not only how to make the changes a requirement today but also provides data on the process itself. You may also see research proposal samples.

3. Action Research is a process in four steps: Diagnosis, Planning, Action and Evaluation

4. Action means the OD interventions that are necessary for the development of an organization.

5. Organisational stakeholders are part of the collaborative process by which the planned changes should be created and applied.

Advantages of Action Research in Business

1. A Systematic Approach to Problem Solving 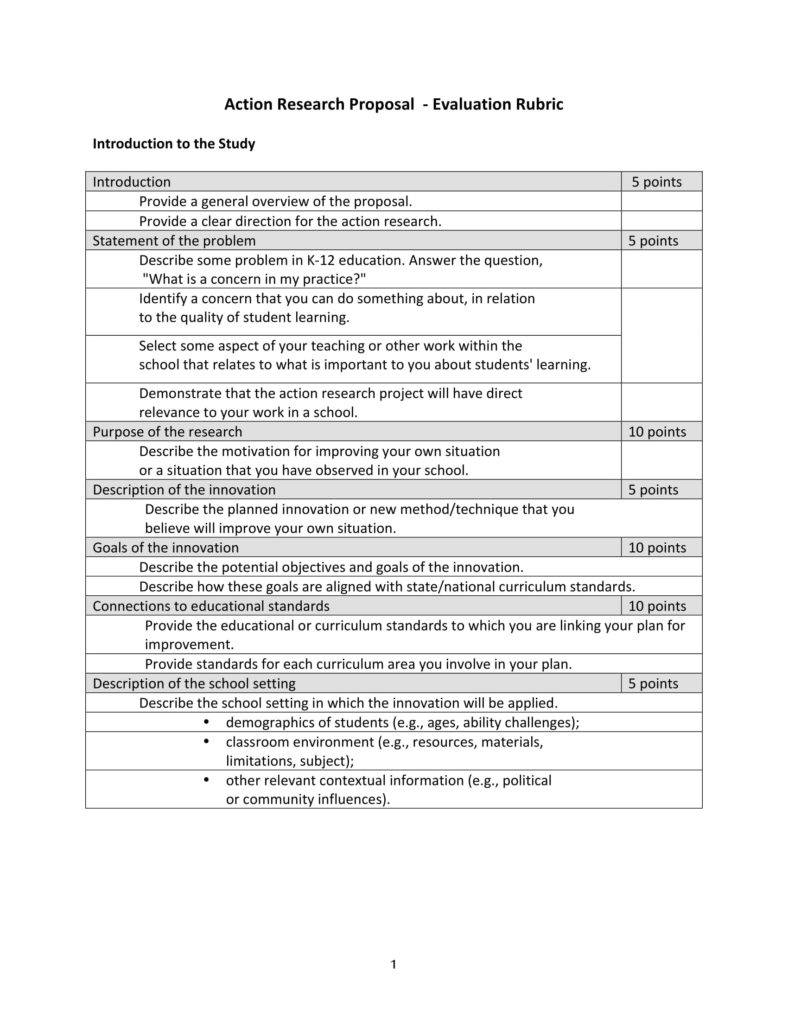 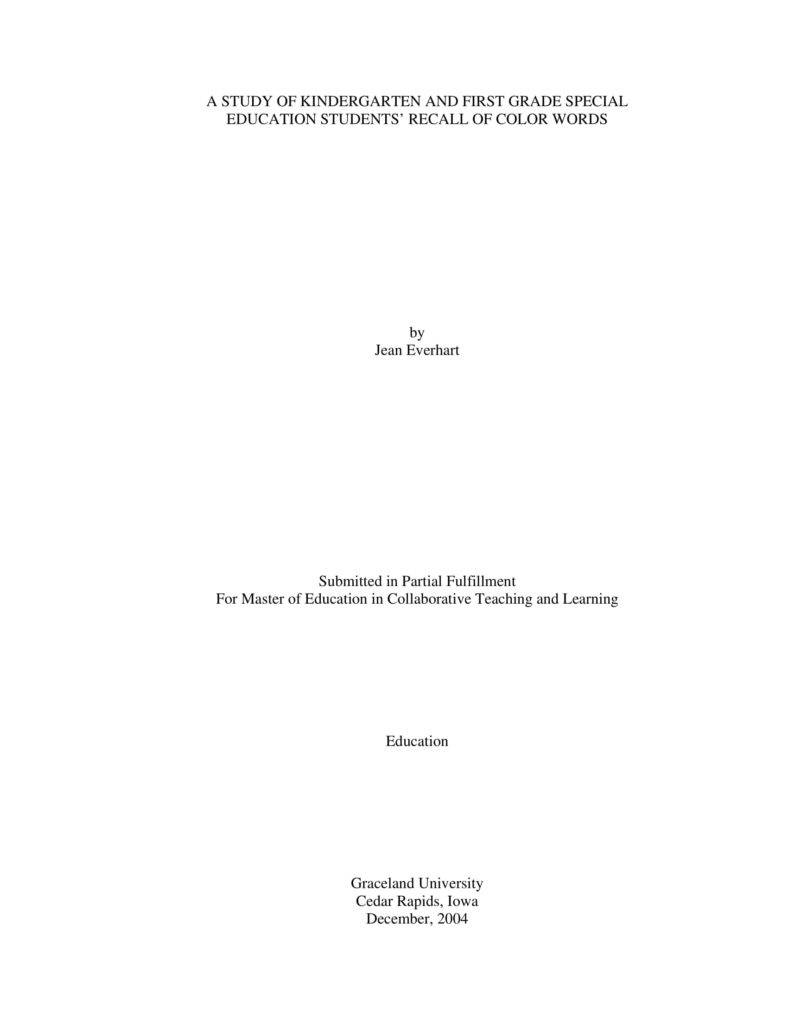 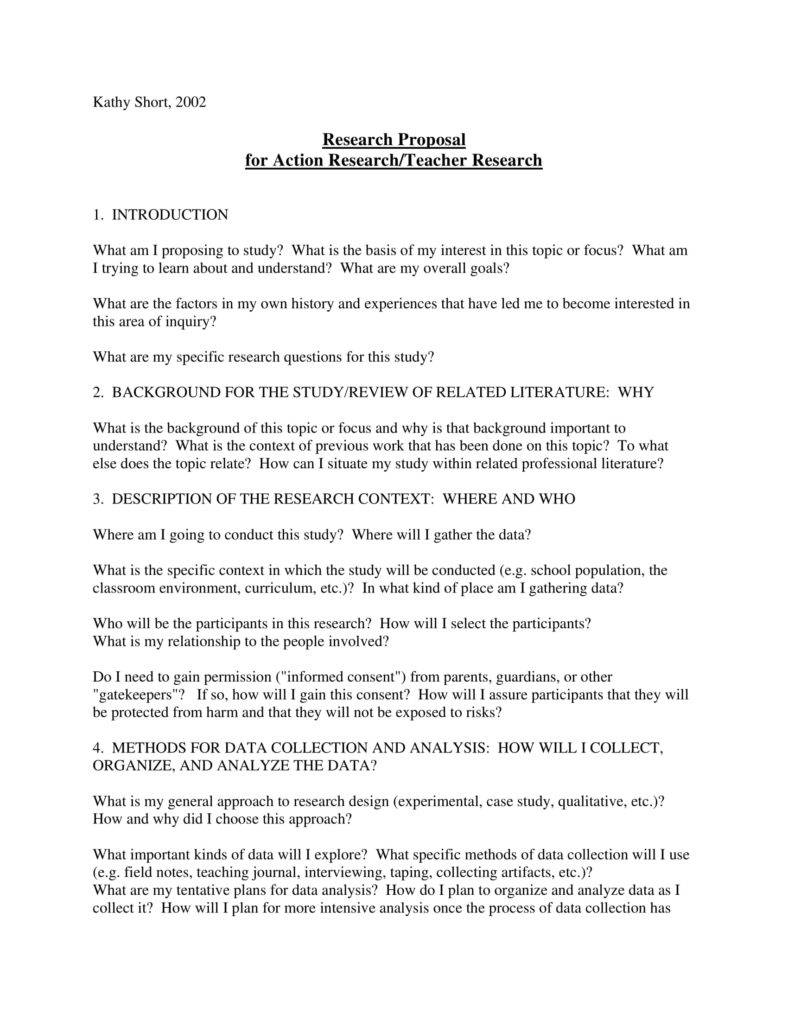 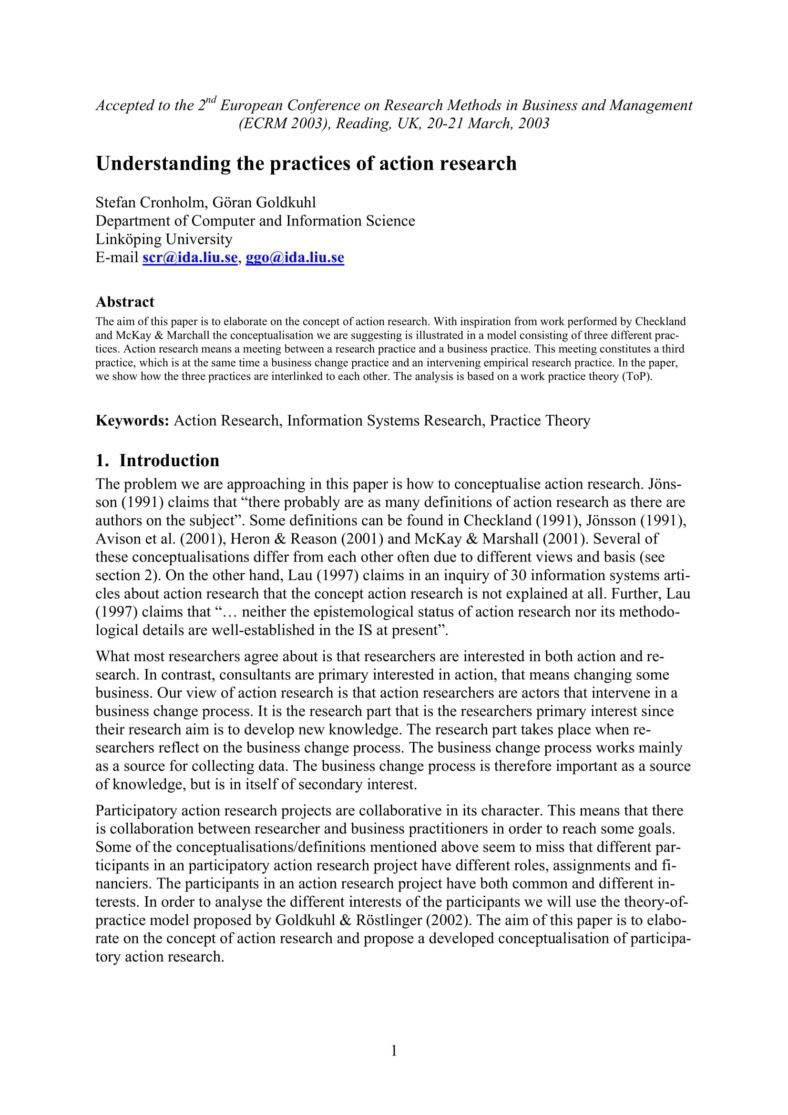 Development is necessary for any organization and change and development would only benefit an organization at large when everybody is involved, from the ground or bottom, meaning the members, up to the top, which is made up of leaders. Without teamwork, without leadership, without involvement, change in an organization could hurt rather than help. Money, profit, and having the most talented people on board alone doesn’t make a business successful for very long. Productivity does, and productivity is only ensured when you have “all hands on deck” for the change process and every member’s overall involvement in an organization. You may also like proposal outline templates.