A contract is the written and official version of a deal finalized and agreement made. It can be a contract between two businesses or between a business and customer or between a company and employee. Anybody entering into an agreement should make it formal with a contract. Creating a contract is a huge thing any day but you have Contract Templates today to help you with a readymade contract, as per your desired industry or contract type.

You are getting a detailed employee contract template word here which comes with readymade sections on the employee details, job commencement, job description, wage, place of work, hours of work, meal intervals etc. 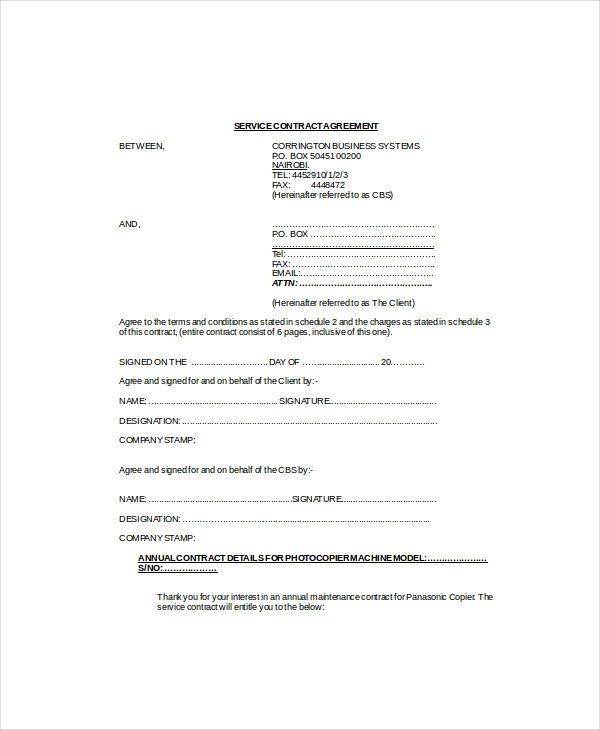 This service contract agreement template refers to a document that states that a contract has to be made between two parties where one of them is offering a servicing help for a certain machine to another. You can also see Advertising Contract Templates. 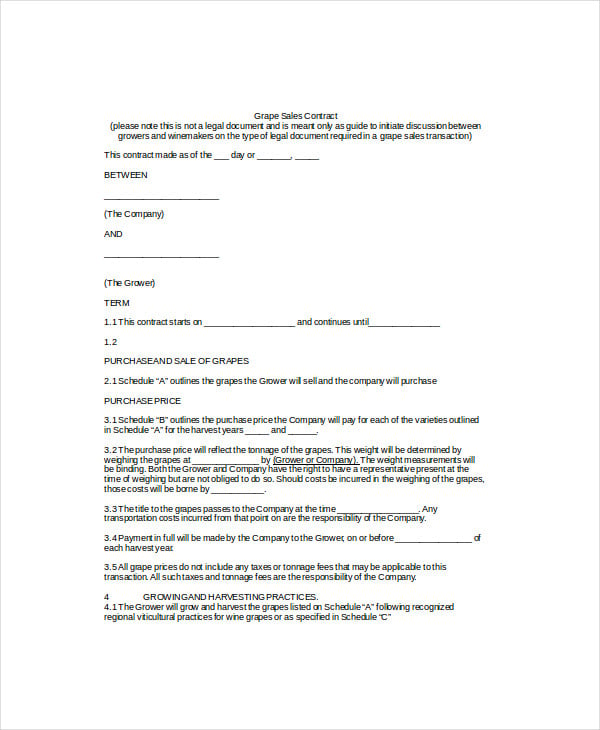 This sales contract template word defines an agreement between the grape grower and winemaker. The document comes with detailed discussions on the purchase price as decided for each variety of grapes. 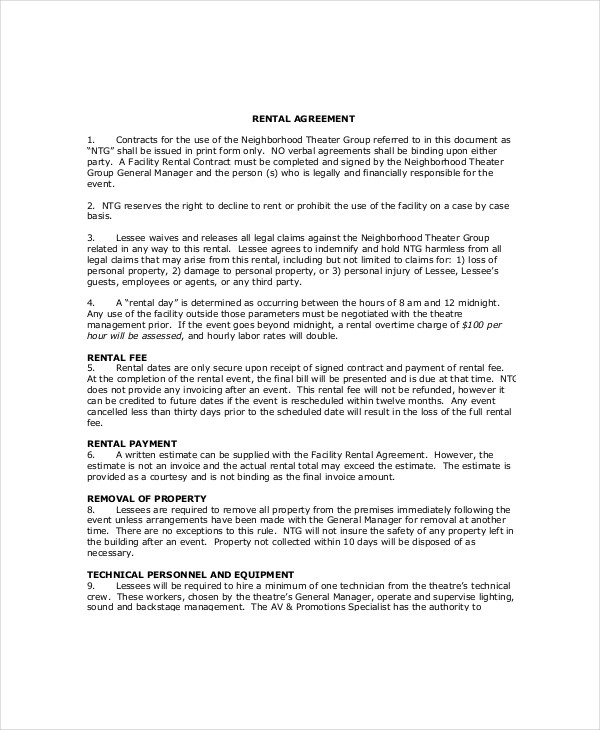 This rental contract will enable you to state clearly about the different rental provisions offered by your company along with their seats and prices. You can mention about the additional service fee here.

This is a comprehensive booklet on catering contract in Kentucky with chapters on every major aspect of such a contract such as governing law, state agency approval, cycle menu selection and so on. 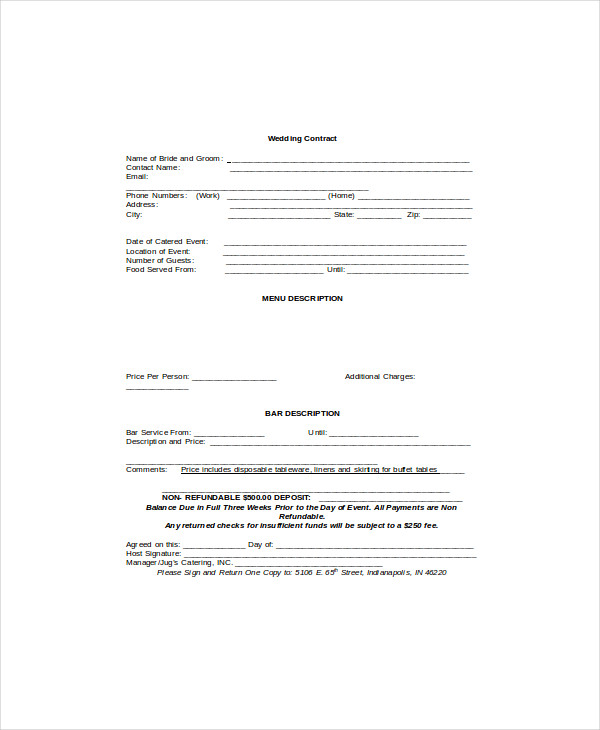 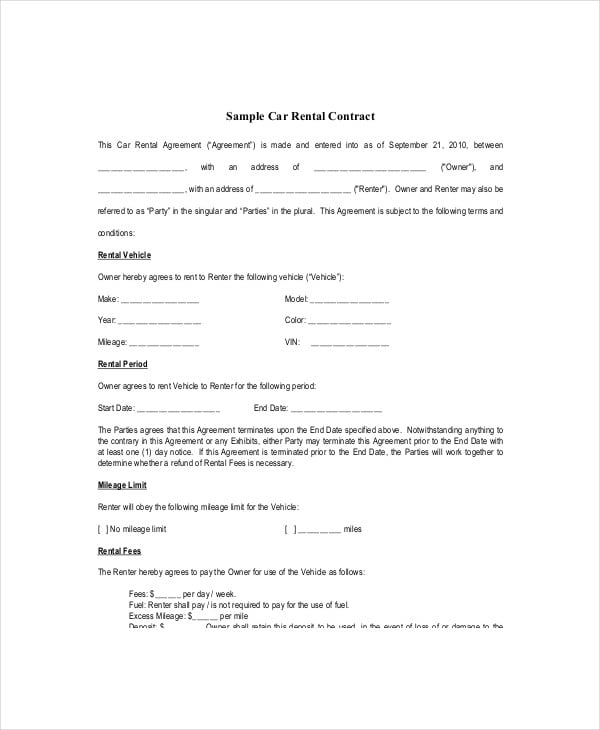 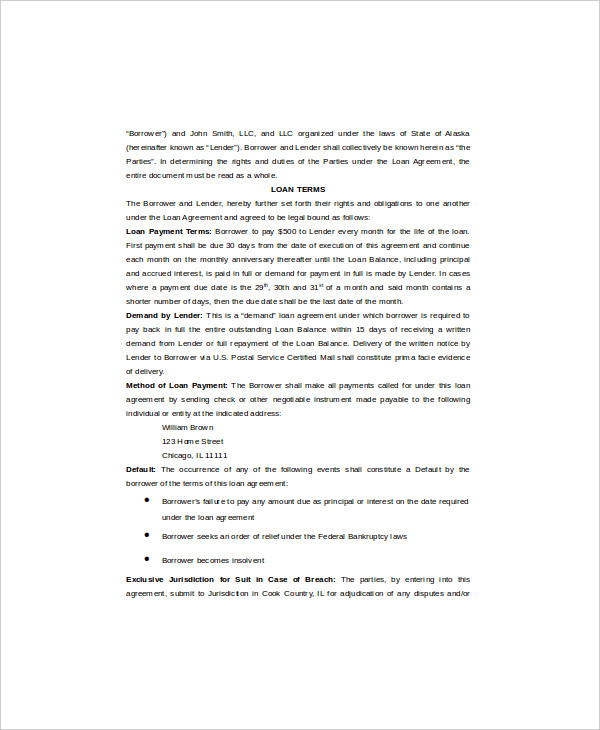 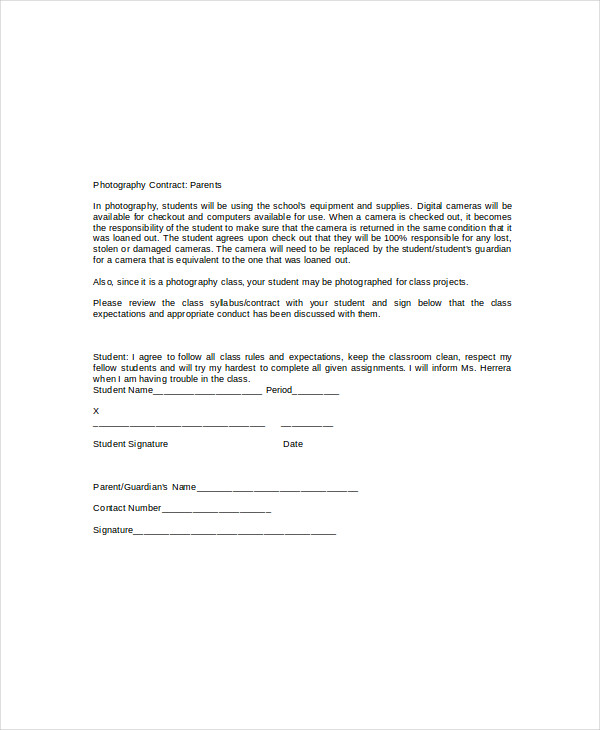 A contract is a must have whenever there is some official agreement between two parties. Thus, a contract is needed by anybody entering into an agreement with another party. It could be a contract between two businesses where one company has proposed a deal to another and the latter has agreed to it. You can also see Contract Templates.

It could also be a contract between an employer and employee where the latter’s recruitment in the office is made official through the contract. Anybody finalizing a deal with a customer would also need to make the agreement formal through a contract. Besides, landlords offering the property to tenants would also need contract template word.

> What is the Purpose of Contract Template Word?

> What are the Benefits of Contract Template Word?

The main benefit of contract template word is to assure an official and legal acknowledgement of the agreement made. Then, the contract offers sizeable space to mention the details of the contract as well as the terms and conditions the two parties have to follow when they have agreed to the agreement. You can also see Contract Termination Letters.

Thus, both the parties will have a clear knowledge of what is expected of them as well as of each other, as per the deal. This way, in case any dispute arises and one party is falsely alleged of something being done unlawfully- the contract template would be an eye-opener, refuting the false claims.

When it comes to drafting contracts, the contract templates mentioned above would be just cool. From catering contracts to employee contracts to Service Agreement Template- there are contract agreement templates for all. You would simply have to download the one as per your specific contract needs and customize it with your details.