6 Creative Motion Graphic Concepts to Use in Music Videos

Motion graphics will increase the quality of your videos exponentially. The possibilities are endless with the effects and designs you can use at your disposal. Use Adobe After Effect designs for your motion graphics projects as it contains the most expansive lightroom presets and tools, and is also easy to use for beginners. Plus, you can easily add plugins for your specific design needs.

Music videos have become a form of art over the past few decades. The songs themselves no longer tell their own stories as their music video counterparts provide enough presentations design and analogies to get viewers interested in the entire track. The music video for Michael Jackson’s Thriller, for example, set the standard on how music videos can be made. It was wonderfully crafted, making viewers sing along to the upbeat pop tune while also making them uneasy as the video contained some creepy and disturbing scenes. Although after effects were mostly used then, it eventually led to digital effects being slowly integrated into music videos in the late 1980s and 1990s.

Creative motion graphics can turn your dull video into a visual spectacle. Here are some motion graphics ideas you can use when you’re planning to shoot a music video for your possible hit song.

Futuristic or science fiction themed concepts are always one of the more popular concepts used in music videos. They don’t necessarily fit any genre of music aside from heavily manufactured dance tunes but they increase the visual experience of the music video. In this video concept, this was used during the opening ceremony for the Astana Energy Expo 2017. A giant sphere composed of various particles travels around various landscapes (snow, forest, and desert) and eventually lands in Astana for the energy expo. Robots resembling a human and a dog also provide some beautiful highlights in the video. This spectacular video blurs the line between fiction and reality as the sphere, and human and dog robots are very well designed to craft an illusion that they truly exist in the real world.

Here is another futuristic video which was used for IFCC 2017. A person dressed in a futuristic suit rides aboard a jet and explores a barren landscape. This magnificently crafted video is made with movie quality graphics and does not disappoint in its details and visual FX.

Taken from a top angle, this video resembles a 1950s style diner complete with all the diner favorites being served: hamburger, pancake, shake, and donuts. An old vinyl record, striking red and blue tiles, and neon lights complete the nostalgic trip to memory lane. This video was well-made to fit an old diner setting. The beauty doesn’t depend on the nostalgic feel alone, but on the designs and animations as well. Songs having a more old school production like limiting the use of effects and increasing the sounds of actual instruments fit this concept. Use this ’50s diner theme concept if you are planning to add a little bit of or go full blown nostalgia in your music videos.

Cartoon animations have been a centerpiece in music video concepts for over three decades now. EDM duo Daft Punk released six singles from their 2001 album Discovery in which the music videos were based entirely on a feature-length Japanese animation film called Intersella 5555. The album was also the soundtrack used in the film. Similarly, rock band Linkin Park mostly used cartoon animations in the music videos from their Meteora and Reanimation albums, which was heavily influenced by Japanese animation. Cartoon animation offers a distinct style  in storytelling from the song’s lyrics and also differs from the usual music videos where the artists themselves are the actors.

This retro animation concept uses retro themes but is played out in a futuristic metropolitan location. A bright colored 1980s designed car is seen speeding in a neon-lit city. The car is also shown in different angles to attract the viewer. This concept is best used for EDM-influenced pop songs.

This music video concept can be used for children’s songs, although it can also be used for upbeat dance singles. This fruit-inspired concept has bright and assorted colored fruits filling the entire frame which will make you want to buy a some fruits in the nearest supermarket.

This is another animation-themed concept specifically using a low poly animation effect. The shapes of the characters are derived from polygons resembling 1950s inspired designs. This concept was made for a video game and chat application called Plato (Play Together). The concept was designed to resemble the app’s goal which is to entertain users. This animation is best suited for pop songs and party tunes that have invaded the music scene recently. 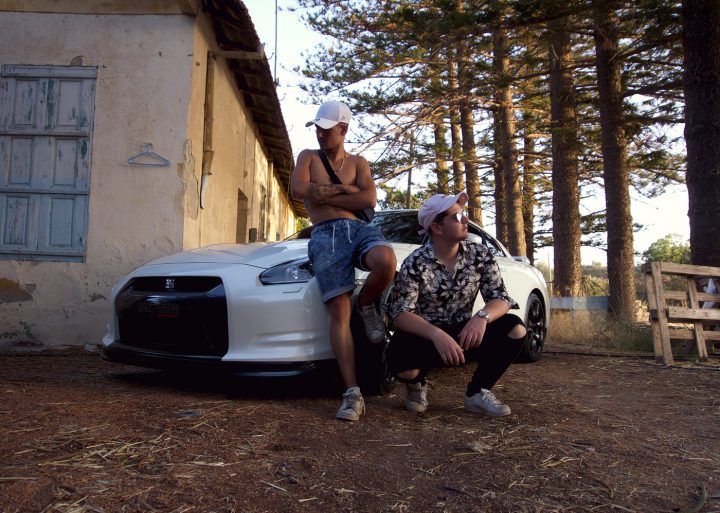 The most basic and still the most popular concept in making music videos is making the actual artist appear and sing in their own music video. The concept adds to the song’s popularity while also helping promote the artist. And if you’ve also noticed, these videos have three things in common aside from the artist’s presence: fancy cars, beautiful ladies, and stunning locales. Hip-hop and R&B artists like Beyonce, Dj Khaled, and Usher, to name a few, have used these concepts multiple times in their music videos. This sample video is no different, as it shows the artists perform with a sports car parked in the background with motion graphics being added to the video.