Nothing smells like an adventure than forming a music band to pursue a career in music with your best buds. However, nothing also spells like a disaster than band members feuding against each other after years’ worth of career because of misaligned expectations and underlying issues. While these feuds come in as common for bands, it is highly preventable, especially if the band members conform with one another through a band contract templates.

A band contract is a legal agreement that clarifies the band members’ roles, responsibilities, and levels of ownership in the group. As it is a legal document, it also helps in addressing financial concerns and splits when it comes to income expenses from recordings, publishing, and performances. It can come in various formats, but the main goal of a band contract is to align all of your ideas and expectations to prevent future complications.

Elements of a Good Band Contract

A band contract can be in a variety of format, but the gist of it is to serve as a legal proof that you and your bandmates conform to one another’s expectations and goal. The following are the important elements that are present in a good band contract:

1. Band Name: The band name is the identity of the band. It is what people will call your group and it plays a vital role in your music career. In your band contract, you must be able to indicate your band name and made it clear that no other music artist has that name.

2. Band Decisions: Unlike solo artists, bands are composed of a variety of people, and this means different types of minds and thought processes. In a band contract, it is important to define how band decisions are being made, whether it is by a majority, a supermajority, or unanimous.

3. Profit Split: More than playing your music, another thing that encourages you to be in the band is the income you earn from performing in various music events. When it comes to the money you make, you have to decide how to split it among yourselves. Various considerations are taken in when deciding the respective percentages, and most bands sit down with an attorney upon determining their income share.

4. Departing Members: This is one of the inevitable events that a band experiences throughout its career. Whatever the reason of the departing member, make sure to spell out their rights and liabilities when leaving the band. This is one important provision found in a band contract and really needs time to ponder on as careless execution often results in expensive legal services and court battles.

5. Dissolution: No matter how hard you try not to think of it, your band will reach a point of dissolution. A band contract must be able to present a precautionary clause that ensures all members will get their appropriate entitlements and shares in case of unfortunate career bumps or natural causes of an end. 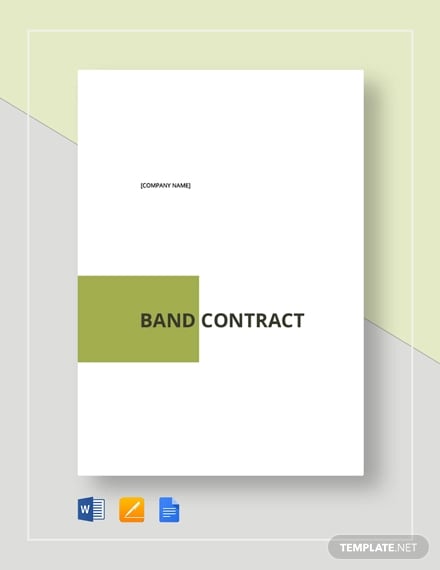 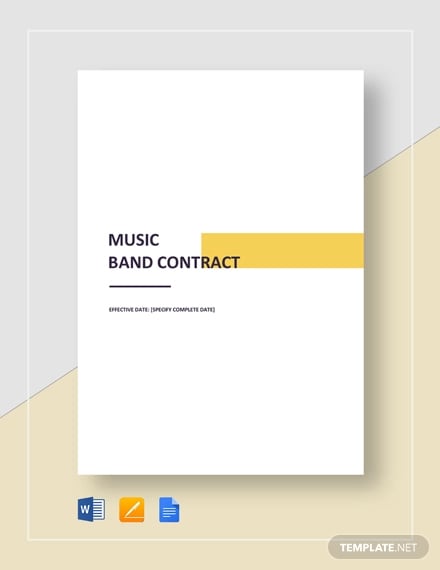 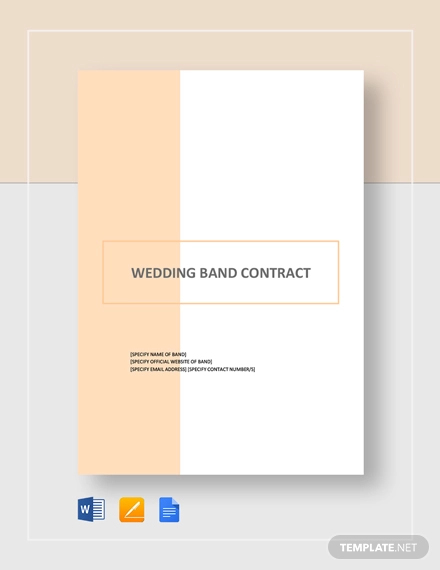 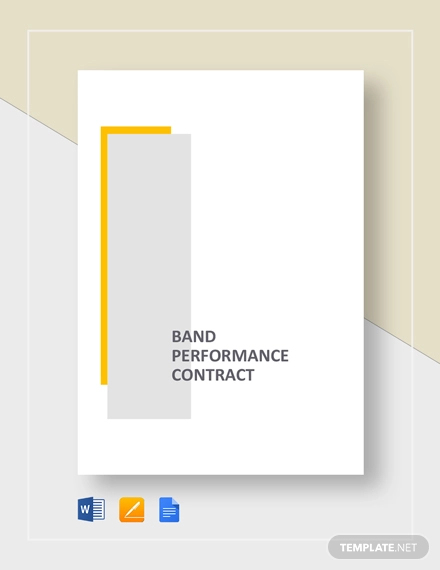 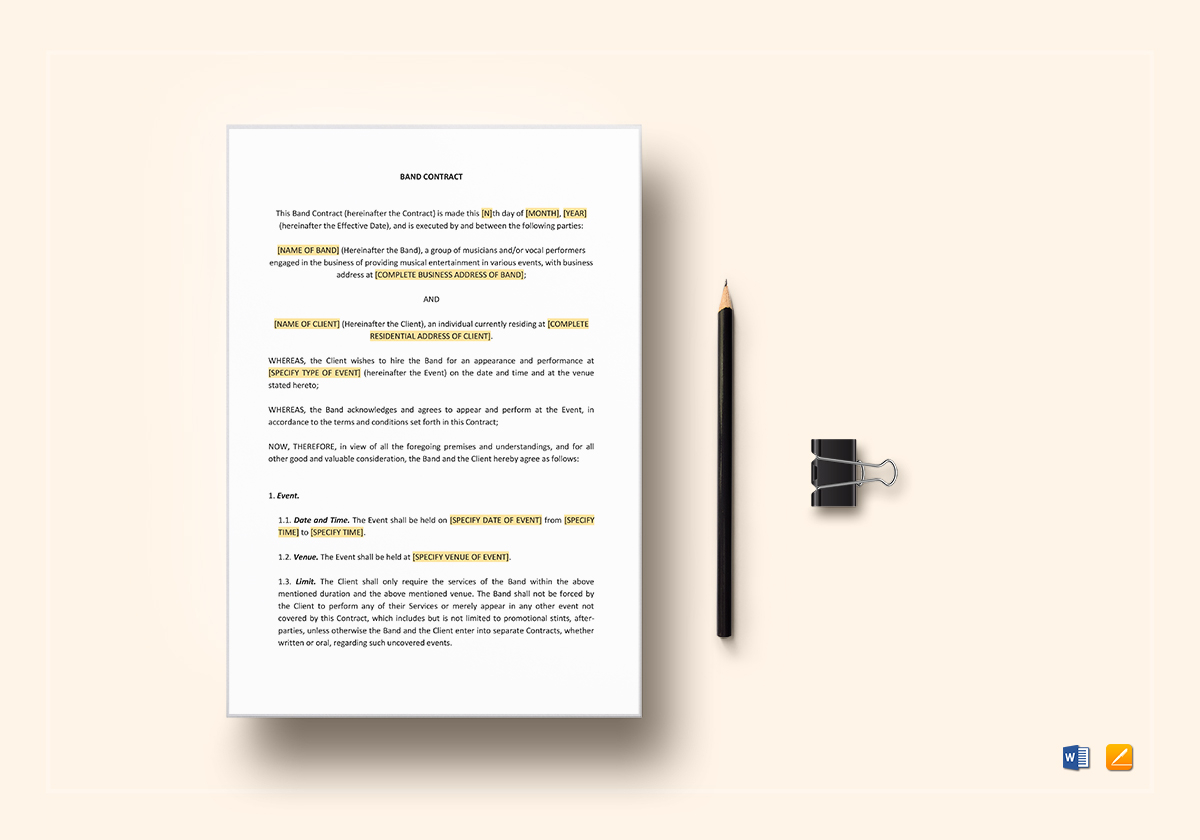 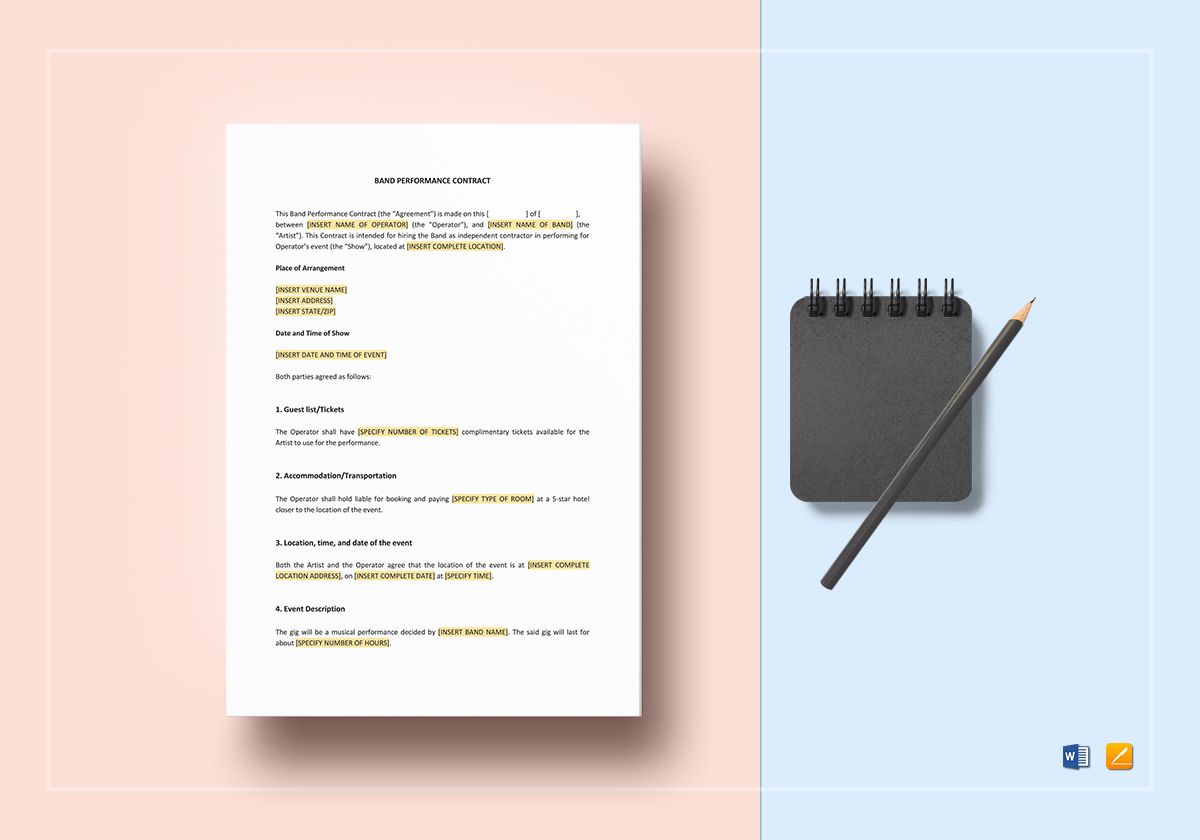 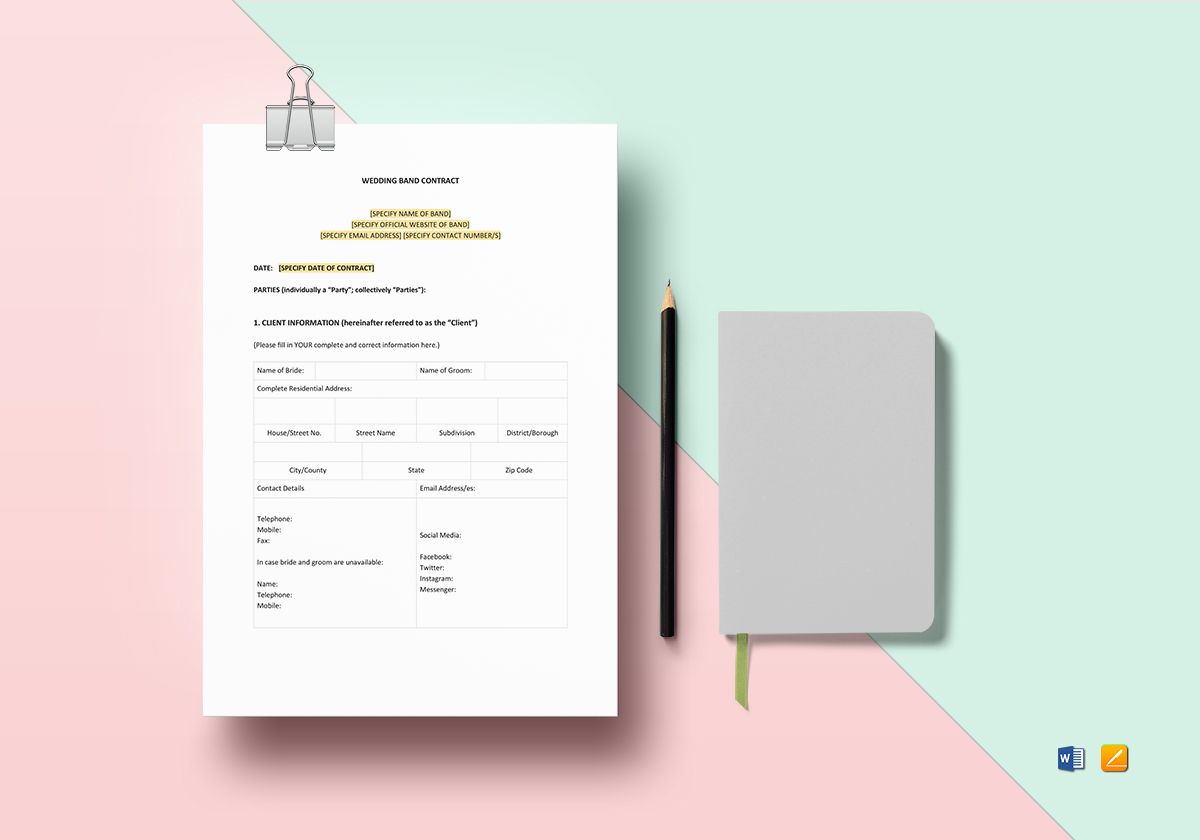 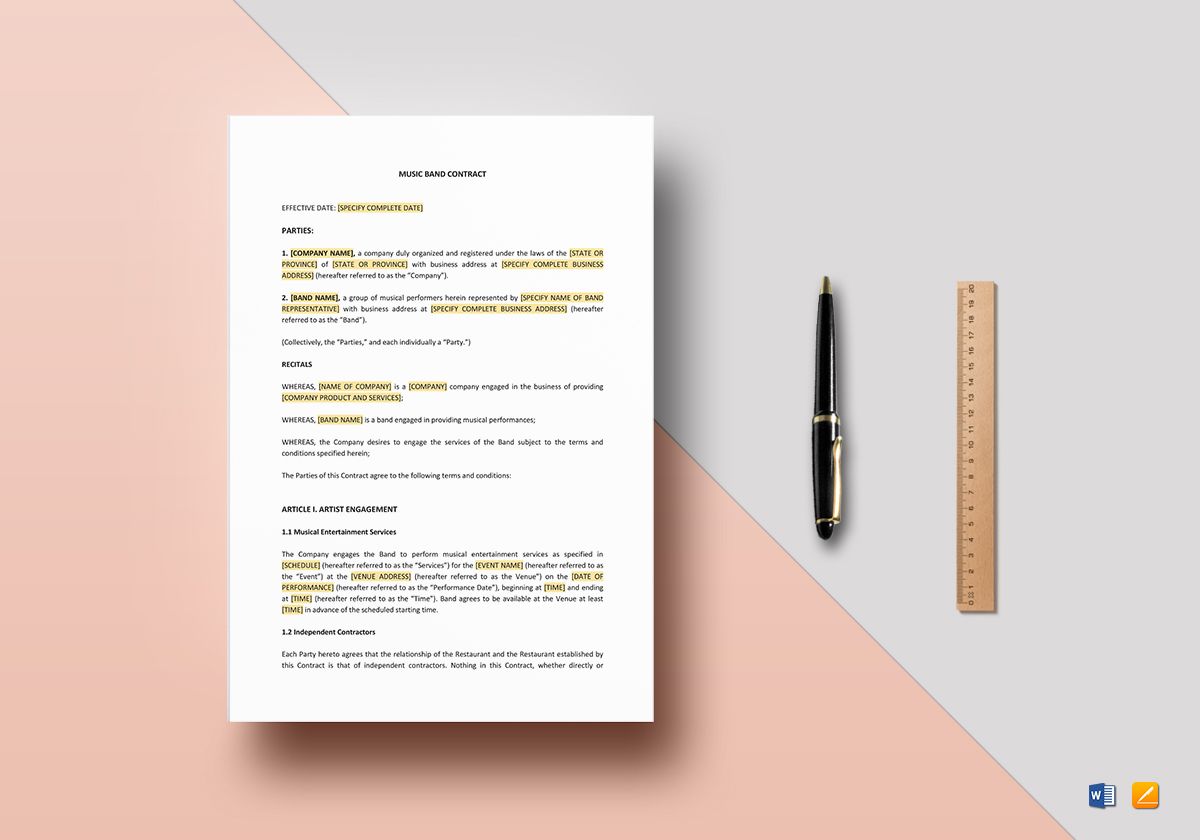 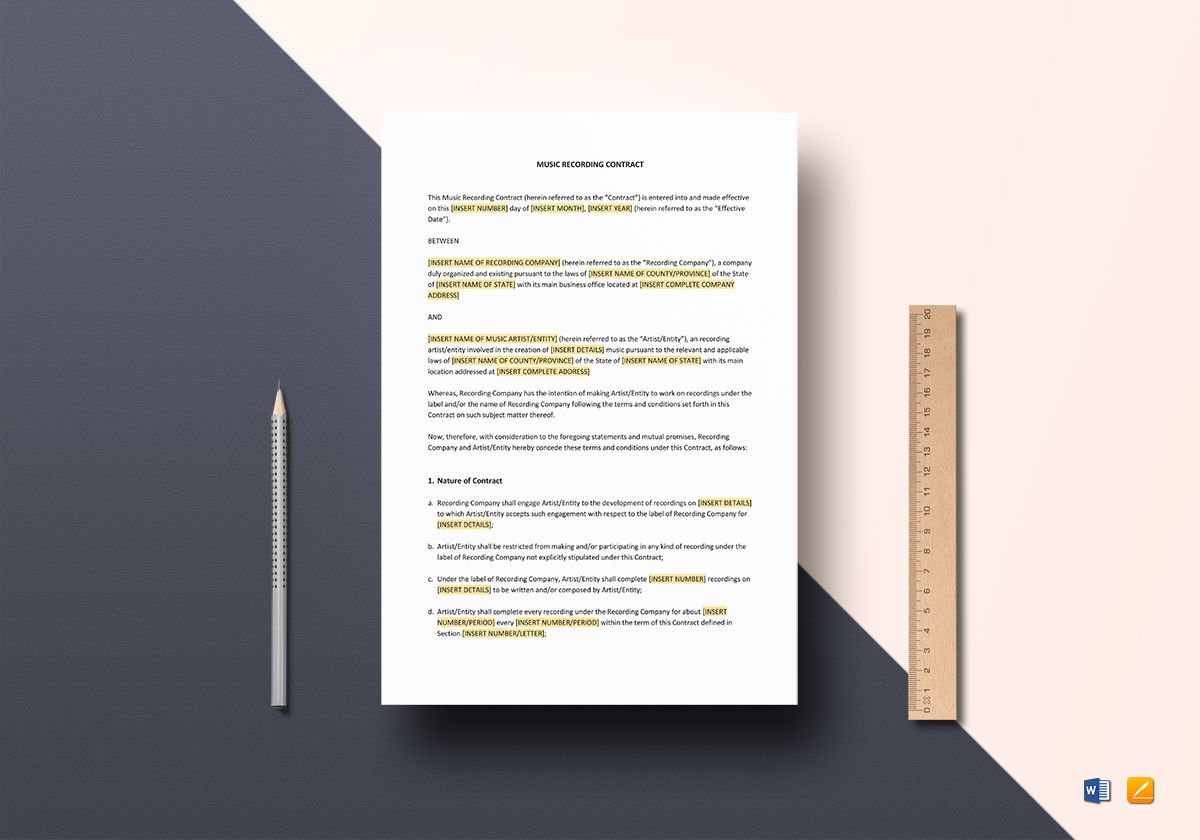 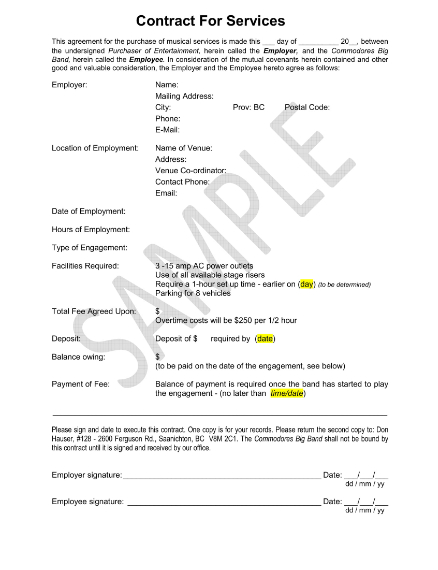 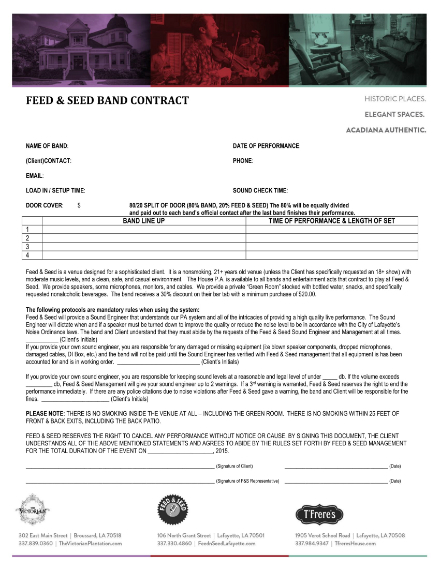 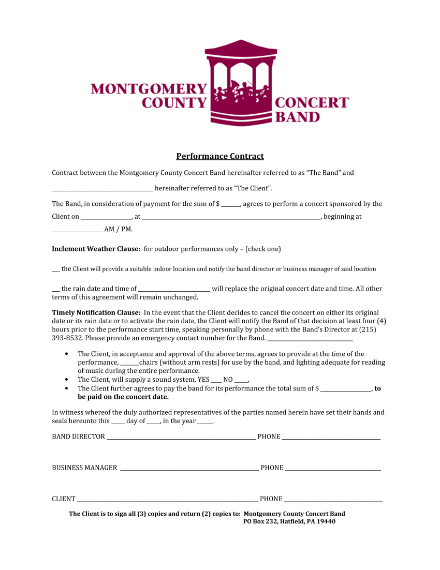 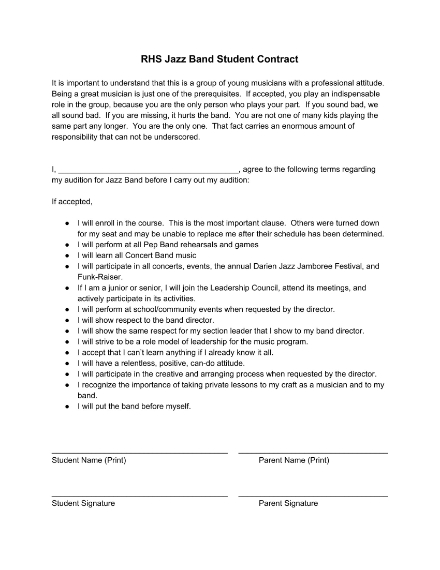 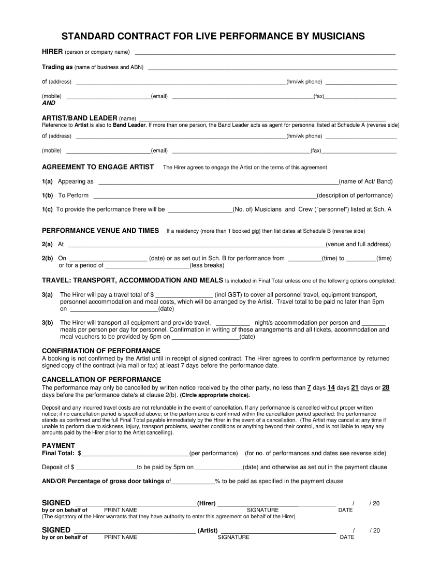 1. Set a meeting to discuss what you want to put in your band contract: Before drafting a contract for your band, set a meeting with your band members to talk about your goals and aspirations as a group. Have someone take note of these expectations. Conflict may arise but make sure that you will be able to reach a point of agreement at the end of the day.

2. Define your band structure: In this first part, you will have to identify if everyone is considered a partner in the band, and determine if he or she will have an equal share in earnings with the rest of the band. If anyone will have a lot more control than the others, then make sure that it is reasonable and that everyone has agreed on it.

3. Identify your responsibilities as band members: If possible, have this part in bullet form and list down the names of your band members. Beside every name, describe their role and responsibilities in the band. Some of the things you could discuss are the expected time for a rehearsal of each member, the person responsible for applying for grants and song registration, the social media person, and the booking agent or band manager (if in case you haven’t had any yet).

4. Lay out the processes involved in decision-making: Your career as a band will be filled with decisions after decisions, which is why it is only important that you make it concrete and clear about how you will go about in coming up with a choice. Will it be by majority or by unanimous decision? Will anyone have more weight in the voting process or is everyone equal? It is not necessary that you follow the same voting process in every aspect you need to decide on, but you need to specify these situations in your contract.

5. Describe your band assets: Your band assets is composed of the music you make, the money you earn, and any band properties that you obtain. When it comes to your music, determine the royalty entitlements you will each receive. For the money, come up with a structure as to how you will split up your profits. And for your band properties, identify who owns what instruments or band equipment that your band members use.

6. Formulate a dissolution: Someday and somehow, your band will have to break up after a hopefully fulfilling run. Include in the contract how the contract termination will happen, like how will you go about the songs and the profits and who is going to be responsible for administering this dissolution.

Tips for a Great Band Contract

2. Add a provision that discusses new and former members: It is inevitable that at some point in your career, a band member or two will have to leave and you have to recruit another. Include in your band contract the different terms and conditions involved when one gets to leave the band, including the appropriate payment for the departing member, as well as a discussion on how you will go about the recruitment process of a new member.

What is the most important part of a band contract?

One part that you really want to spell out clearly in your band contract is the part where you discuss the terms and conditions of one band member leaving. In this part, you will have to be really specific with the severance bond and be clear to his or her rights in the future projects of the band. After all, you don’t want the former band member to sue you for share for the profit you have gained after he or she left.

What are other business matters I have to attend to when putting up a band?

Aside from the band contract, also make sure that throughout your career, you will be able to copyright, license, and trademark your music and band name as well as haggle on contracts to make it work in favor of your band rather than your producer, agents, or record labels.

Most bands are filled with people who treat each other not as workmates but as a family. Band members often share a familial relationship with each other. So imagine how many awkward conversations it would start if, along the way, band members will be arguing over a matter that could have been resolved if only a good band contract was drafted from the start. Remember to create a band contract that is not just the desire of one, but is conceived through the shared passion of every band member for music.