Have you ever wonder how the ringmaster of the Circus tame roaring wild Lions and made them dance to his tunes? What makes a K9 dog attacks the criminals so ferociously? Which worldly power puts the giant King Cobra slowly to the trance? The concept of this submissive behavior is called Conditioning. Conditioning is a behavioral approach that triggers the attitude in dogs and other animals. In a nutshell, reciprocating the animal through the positive reinforcement is what you call Conditioning. You can also see Behavior Plan Template. 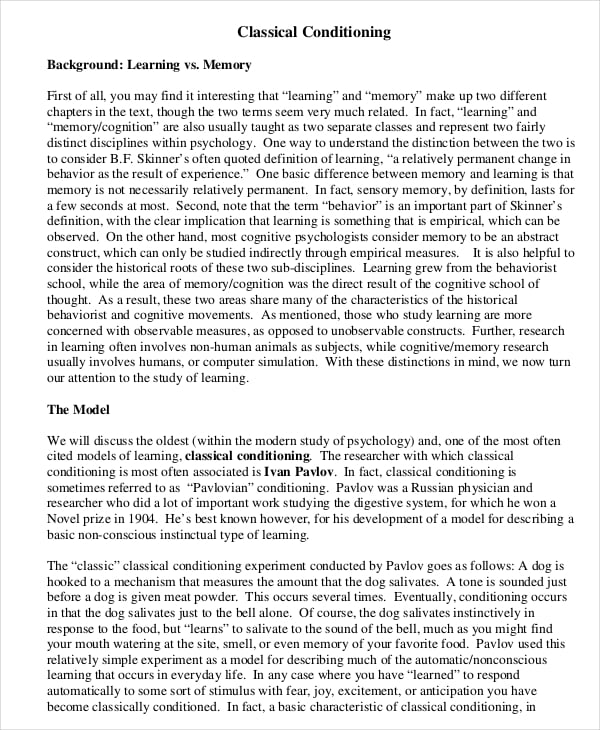 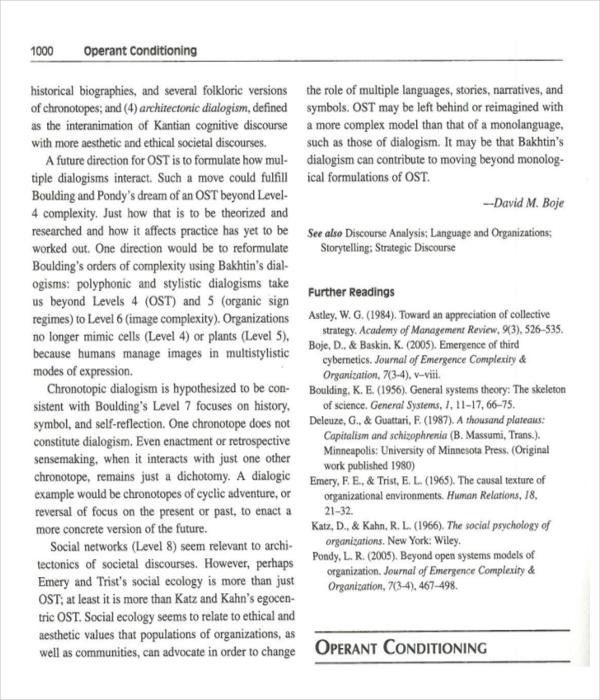 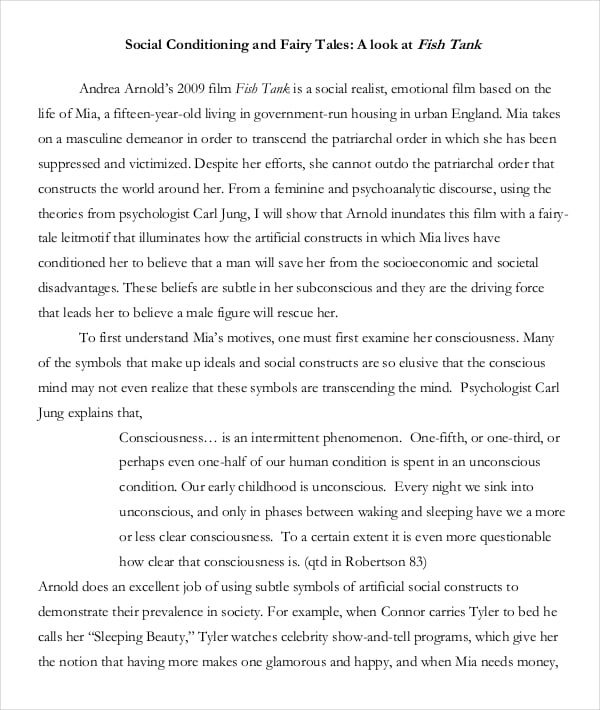 Social Conditioning is a process stronger than socialization. Generally, people who do not follow certain rules may be shunned or suffer from some kind of consequence in the society. Social Conditioning help groom such kind of individuals to a level, generally accepted by society or a group otherwise. Use this Social Conditioning Example to guide the introverts on socializing and public behavior. 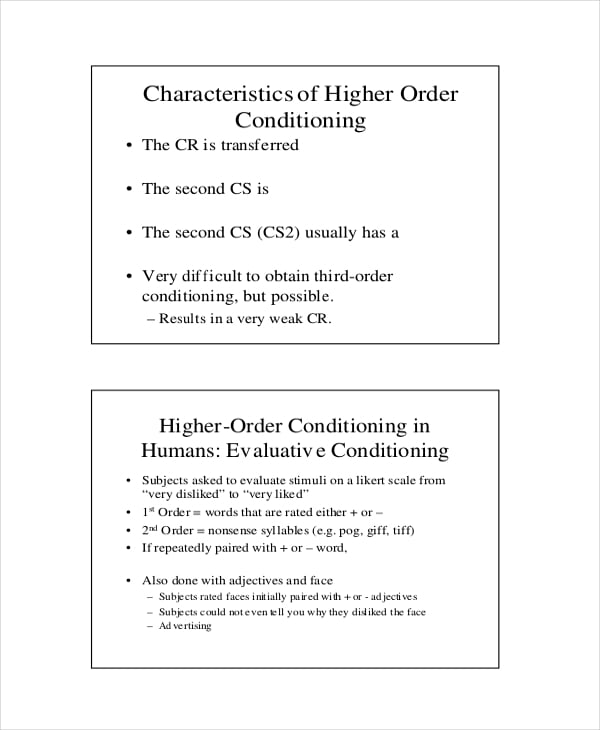 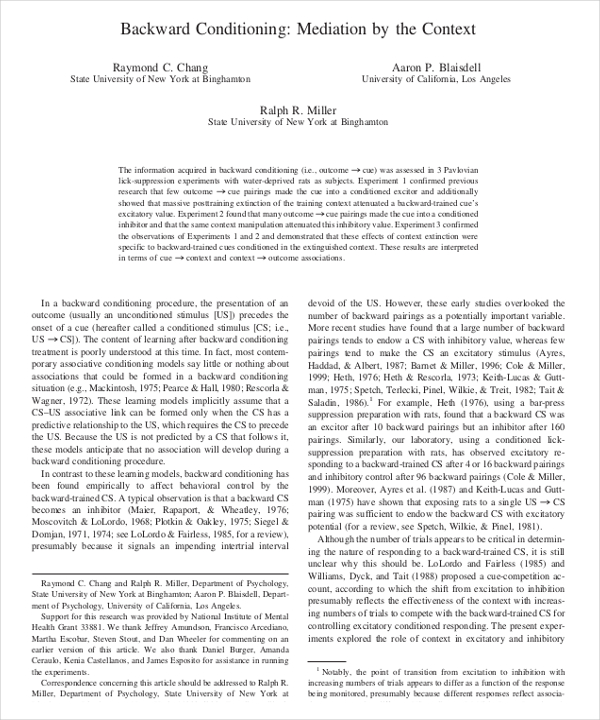 On contrary to the Higher Order or Second-Order Conditioning, backward conditioning or backward pairing presents the unconditioned stimulus much before the neutral stimulus. Though many consider this method as ineffective, this Example helps you to present one on your own. 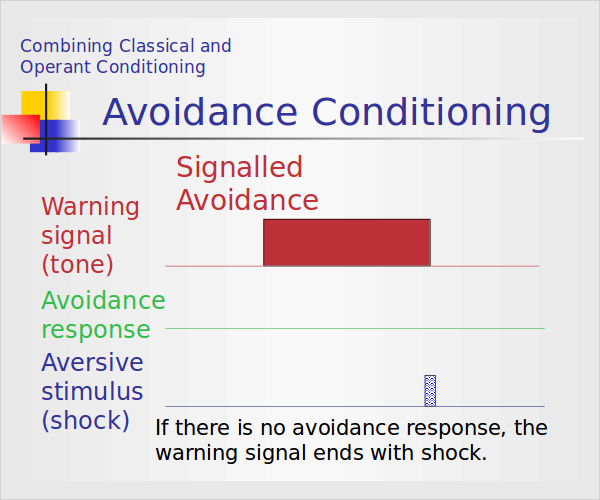 Avoidance Conditioning or Escape Conditioning is a form of Aversive Conditioning used to avoid or escape the unpleasantness of things. For example, even if you have a damaged tooth, you avoid the dentist until the pain becomes unbearable. This avoidance conditioning example will be a helpful way to demonstrate the consequences of procastination. You can also see Training Certificate. 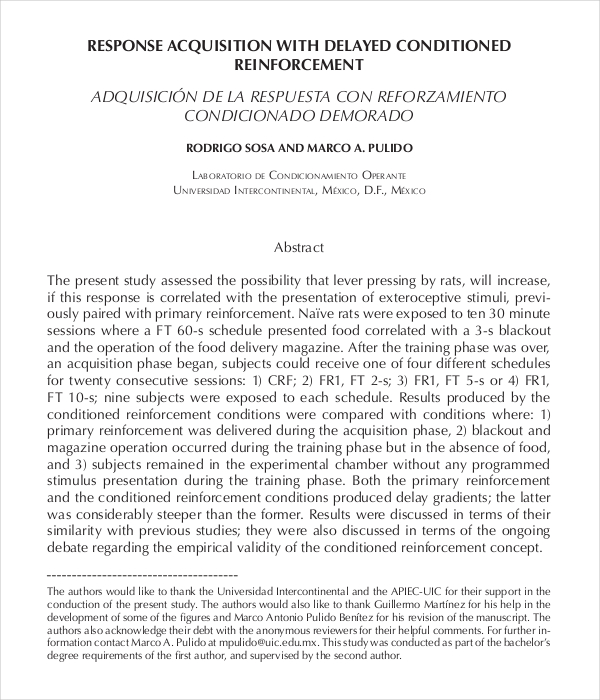 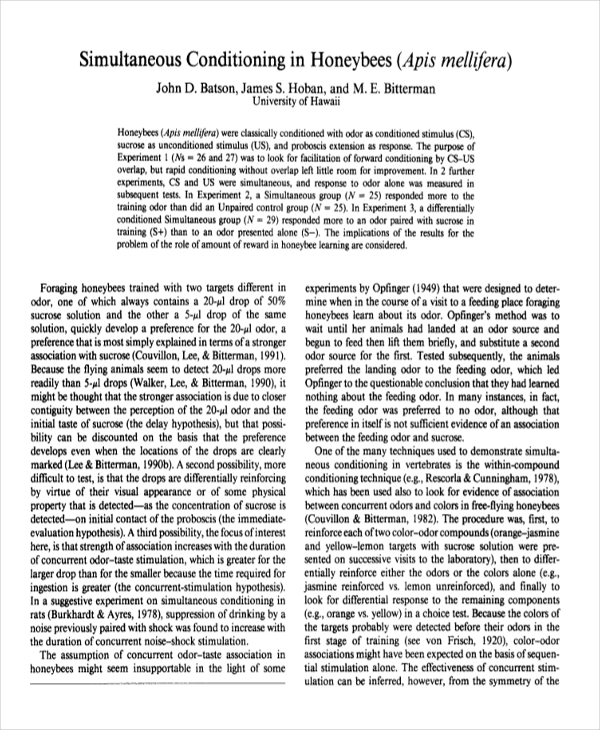 Simultaneous Conditioning happens along with the formal conditioning. For example, we normally see dogs salivating in response to the food. That means the food connection with saliva is good in terms. This is the story behind the ‘dinner bell’ or ‘appetizer effect’. Use this example to train your dog inadvertently. 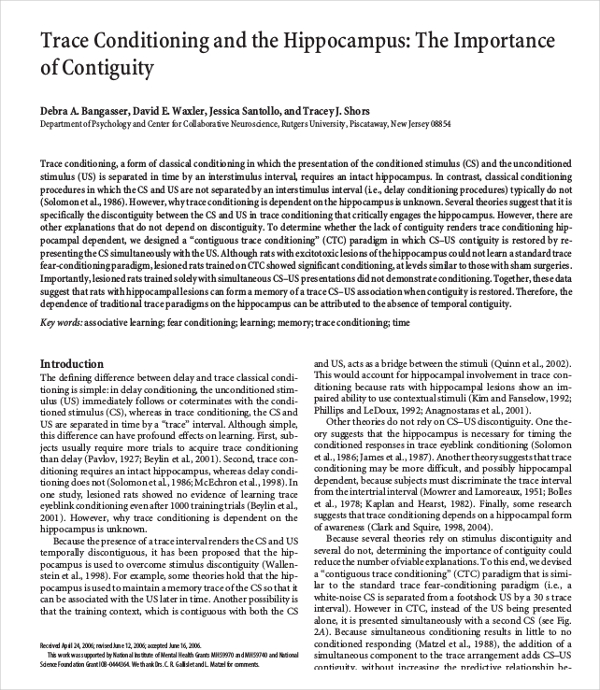 > Why do the Conditioning Matters?

Many think that animals like dogs are faithful. But in reality, many dogs please themselves. For example, when you order your dog to perform an action, the first thing that comes to their mind is ‘what will I get?’. Here Conditioning comes into the picture. As discussed in above, you can associate the conditioned stimulus with unconditioned stimulus to tame poorly-bred dogs such as Pitbulls, Dalmations, Dobermans and even Great Danes (Apollo of dogs). Witness the extraordinary examples, to know how. You can also see Behavior Tracking Templates.