Morse Code is a cipher used to speed up the communication. In Morse code alphabets, numerals, and other symbols are represented with dashes and dots. Each letter is separated with space, while each word is separated with a /. Generally Morse Code is used by aeronautical engineers, marine engineers, navies, coast guard people, Coast Guard People, and other rescuers, but definitely not for the average person. However, if you are curious, you can learn Morse Code. A Morse Code Template help you design a Morse Code Chart Templates effortlessly. You may also see 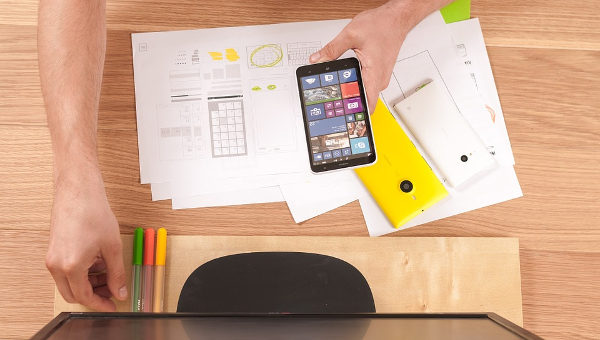 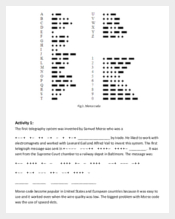 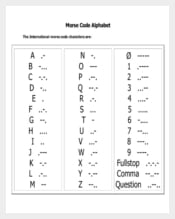 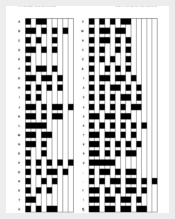 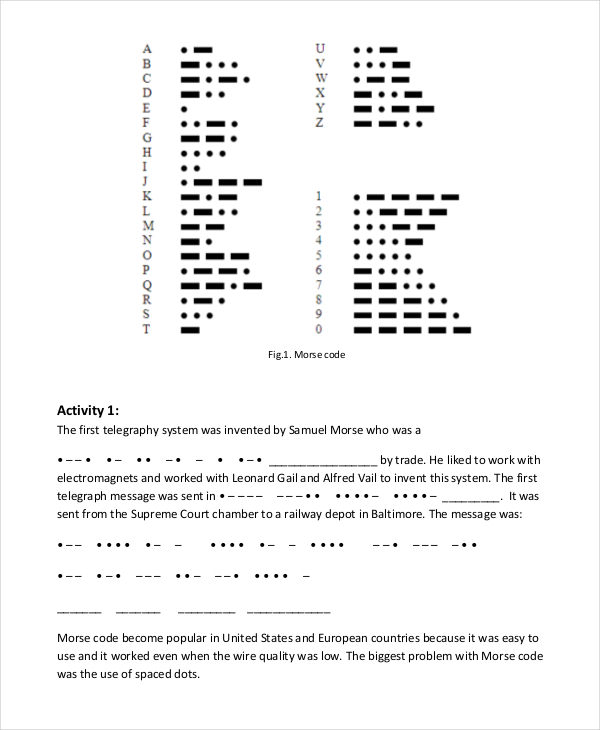 SOS is a procedural signal or prosign that indicates a serious pitfall or mishap that happens over the sea. It is widely recognized as a distress signal. Our SOS Morse Code Templates help transmit the text information into a series of on-off tones. They can be directly understood by skilled listeners. 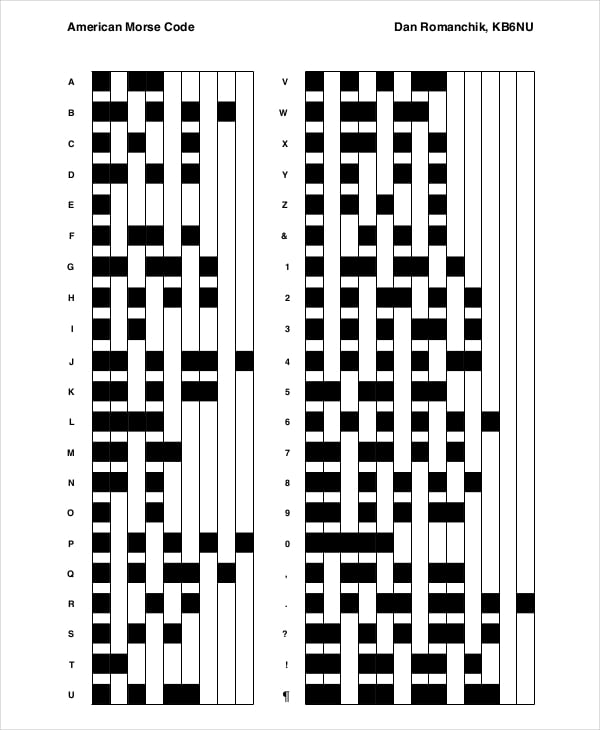 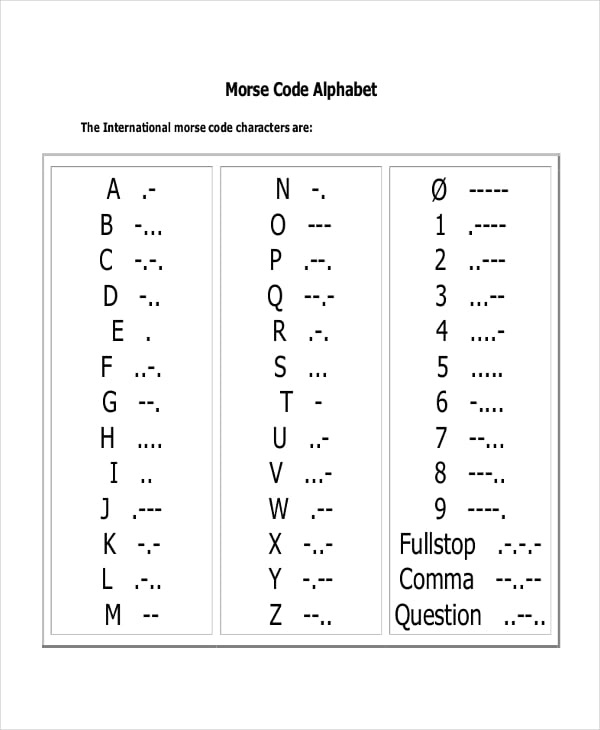 Why is Morse Code Chart used?

The invention of Morse Code ways back to 1836. It was invented to decipher the code in the messages those are being from electrical telegraph pole line to another, which is miles away. The messages used to be sent from long distances. Later many fields, especially those maritime and aeronautics embraced this.

How to Read Morse Code Chart?

Morse Code can be read through the long and short signals called ‘dots’ and ‘dashes’. You can pronounce them as ‘dits’ and ‘dahs’. Now with the improved Morse Code includes sounds and lights. Morse Code plays a vital role in Second World War. Till date, Morse Code remains popular with amateur radio operators across the globe.

Morse Code was widely used in World War II. Though the improved technology has greatly reduced the usage of Morse code in today’s world, you may use it at one time or the other as a lifeline when you are in the prison or in the desert left with one point battery on your mobile.

Things to Remember While Preparing a Morse Code Chart

Morse Code or Continuous Wave is extremely helpful in the times of disaster or when you are short on modes of communication.
There also exists separate Morse Alternatives such as Latin text.
The Morse code chart templates, which we provide are the most downloadable ones.
Download our Morse Code Tree Chart, if you are unable to crack the morse code.

Apart from the uses and purposes, the history of Morse Code tells us a blood pumping inspirational story with a moral that it’s not impossible for the non-science majors to make something big in the science world. And this morse code became a foundation for many other forms of communication in the later ages.