Tattoos are becoming more and more common among the population. Those from the younger generation to the older men and women who wanted to but couldn’t get inked when they were younger are finding themselves on the receiving end of a tattoo artist’s needles.

One of the newer and most popular designs to come out of this thriving art form are geometric designs, and even the geometric design takes on some of the more classic tattoo subjects since men and women started wearing ink—flowers. If you want to see some more skin art that has graced the Internet, check out these other tattoo designs for your enjoyment. 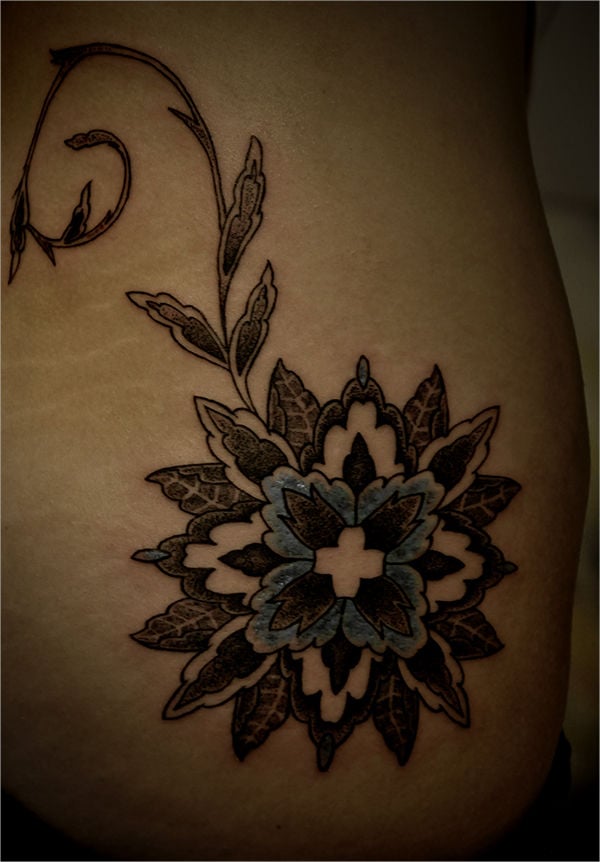 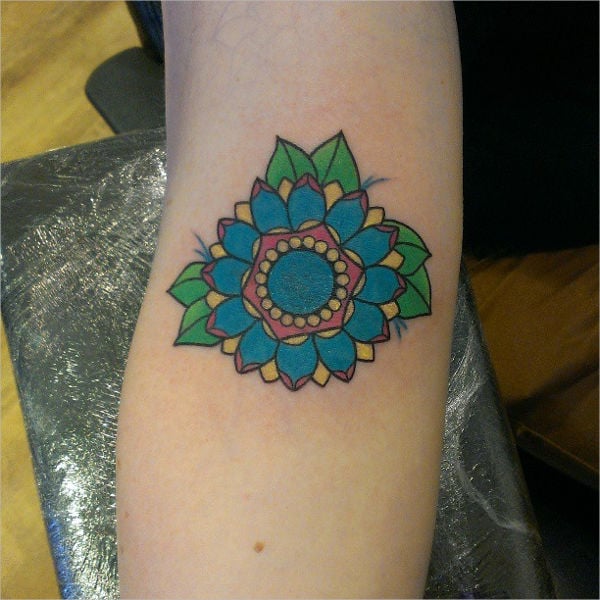 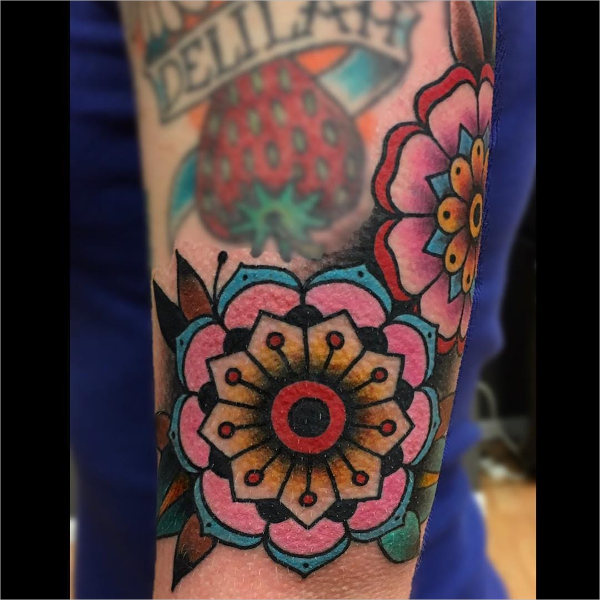 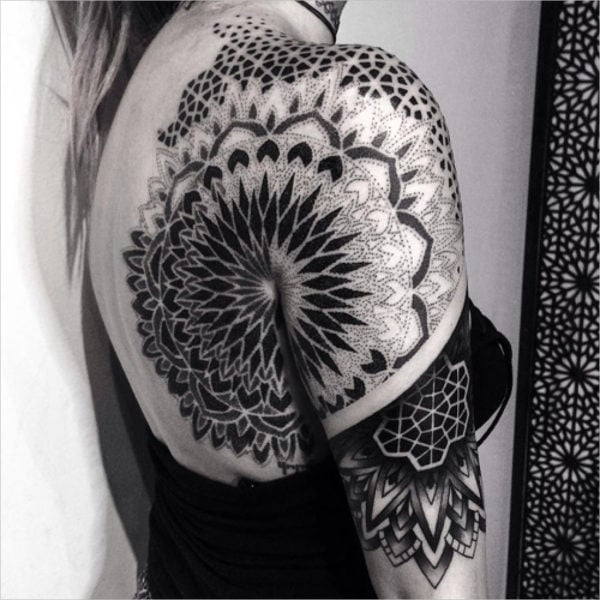 Regular number sequences occur in nature all the time. Geometrical designs are a part of life as it is known on earth. Flowers, real ones, already show this with their radial or rotational symmetry or how the flower looks nearly the same after being rotated some degrees.

It was in Plato’s theory of forms that suggested that physical objects were nothing more than imperfect copies of their ideal form, a nonphysical object that doesn’t exist in space or time or in the world that we can perceive. Tattoo artists can reveal that hidden geometry, bringing their depiction of flowers closer to a flower’s ideal form.

Geometric designs have a titillating effect on most people; they have a natural complexity that seems to beg to be studied. It’s that kind of charm that draws onlookers to its designs, having them follow each line like a thread in a maze.

It’s fascination that brings people to art, and a strong enough attraction can make people want to have them on their skin. If you’re fascinated by these designs, have a look at some more geometric tattoos that we’ve collected. Some might just inspire you for your own tattoo. 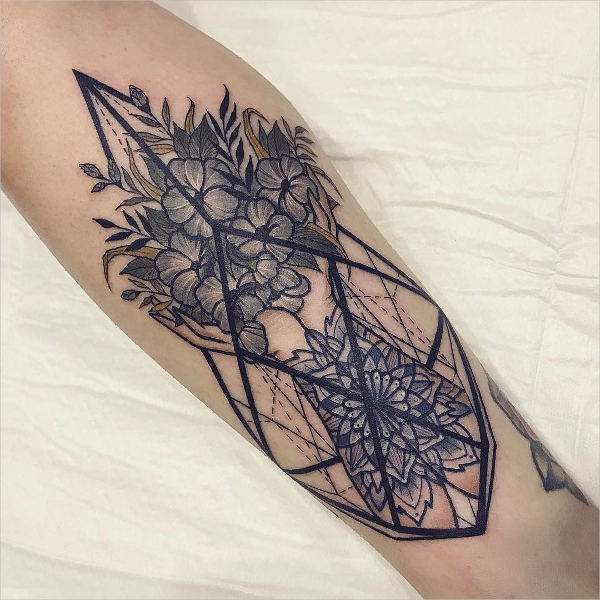 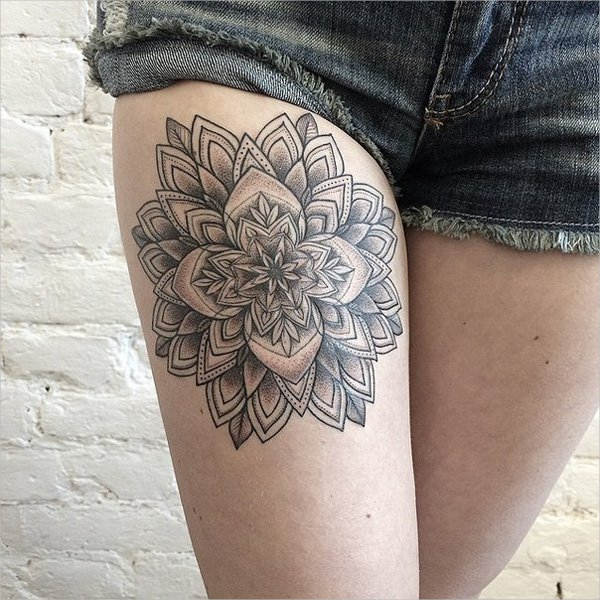 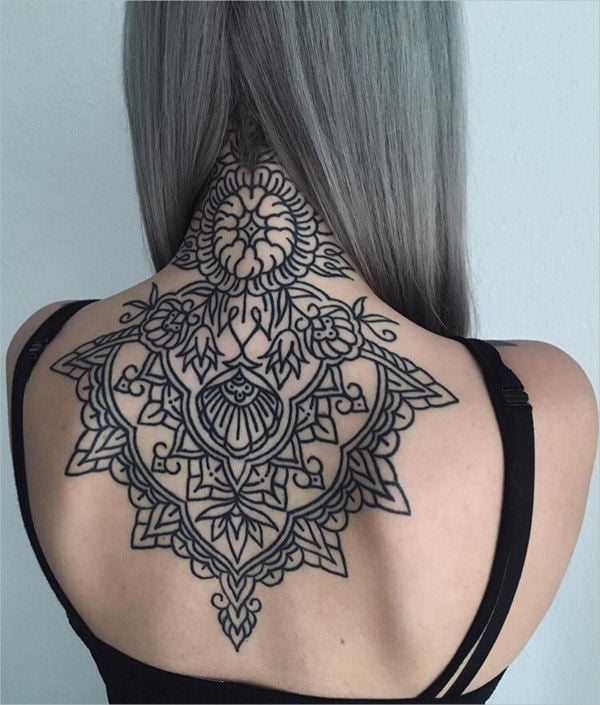 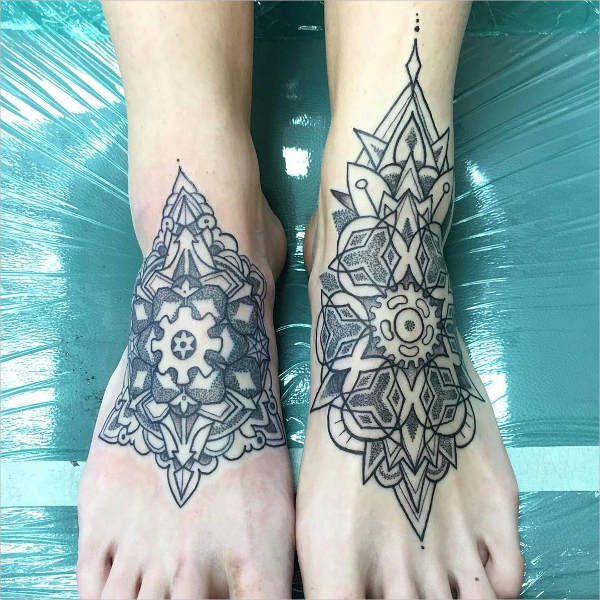 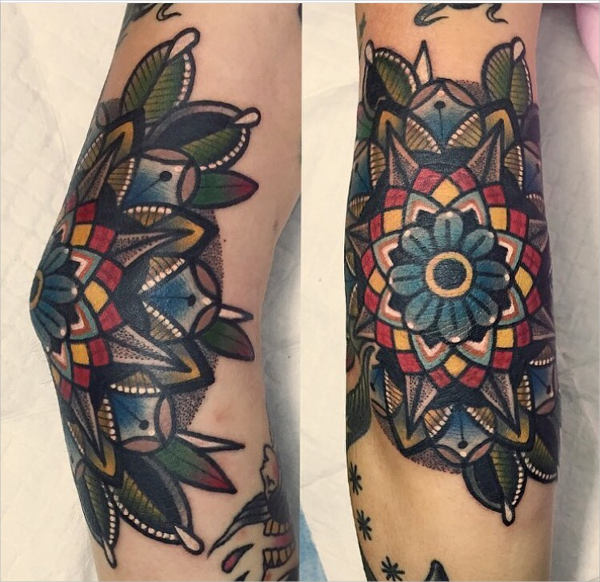 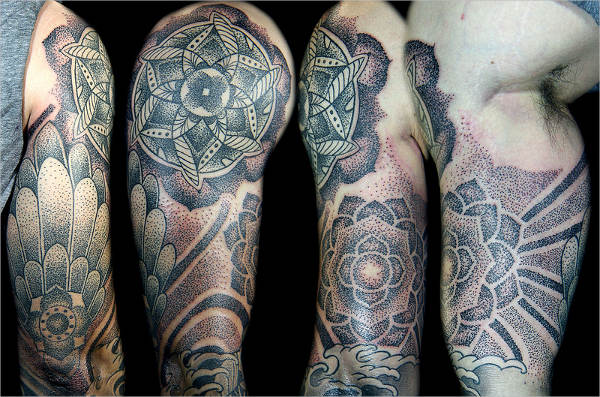 Flowers are a classic and almost universal design inspiration, having been in all forms of art and design for longer than anyone can remember. They’re beautiful in their symmetrical form and typically have some meaning in our culture and history. To some, it might even be considered mundane because of how it’s just everywhere—from our rugs, paintings, and table napkins.

While geometric designs have existed since the dawn of human artistry or even time, their surge of popularity in tattoo designs have given them a faux contemporary look and are usually approached that way by tattoo artists. A geometric design can be used to approach most subjects, even flowers, especially flowers with their already-clear geometric patterns and universally cultural relevance.

Tattoos are a personal choice, and there are so many ways to go about them. Besides the designs and subjects, one of the most important things to consider before getting a tattoo is where to get them.

If you’re looking at your arms as the next canvas for your skin art, take some time to check out these arm tattoos for inspiration or for a better idea of how good they could turn out.