Across the United States, there is a staggering number of more than 427,000 children in foster care, stuck in the child welfare system, a quarter of whom are eligible for adoption. But every year, over 20,000 of them grow and leave foster care after watching many of their friends finally getting themselves a family while they are still left alone, with no one to look after them. How many times have we heard a sad story about the youth ending up on the streets and later on entering the juvenile system, barely a year after foster care? How many times have we seen homeless young adults waste away to nothing until the very end? Every child deserves a family and a place to call home, especially those whose parents have given up and those whom wars have broken. You may also like blank paper templates.

Every child deserves a childhood, and they can only have a real one if they have a family, if only for their grief of the parents they have never known. Otherwise many of them would probably be in the morning paper’s headlines for the worst reasons. Because those who “age out” from foster care without gaining an adoptive family are vulnerable to the vilest crimes that can be committed against anyone. Thankfully, the process of adoption has changed dramatically over the last few years, although discussions about the most important issues surrounding it still fall short of today’s diverse and modern standards. You may also like adoption certificate templates. 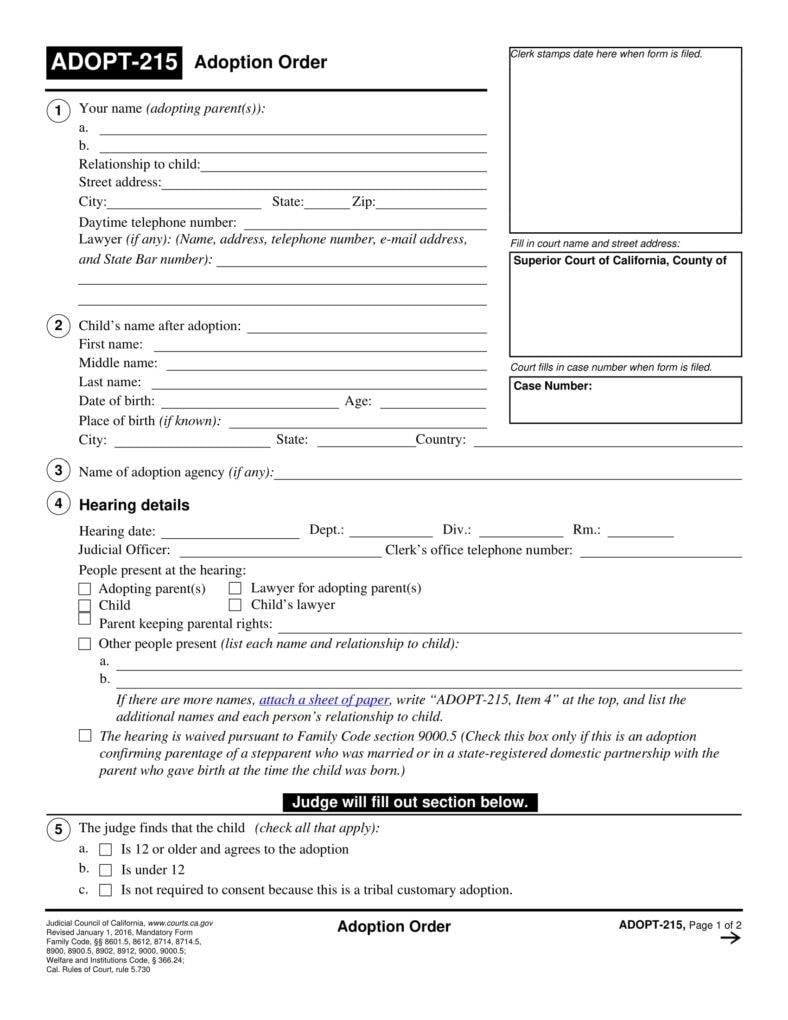 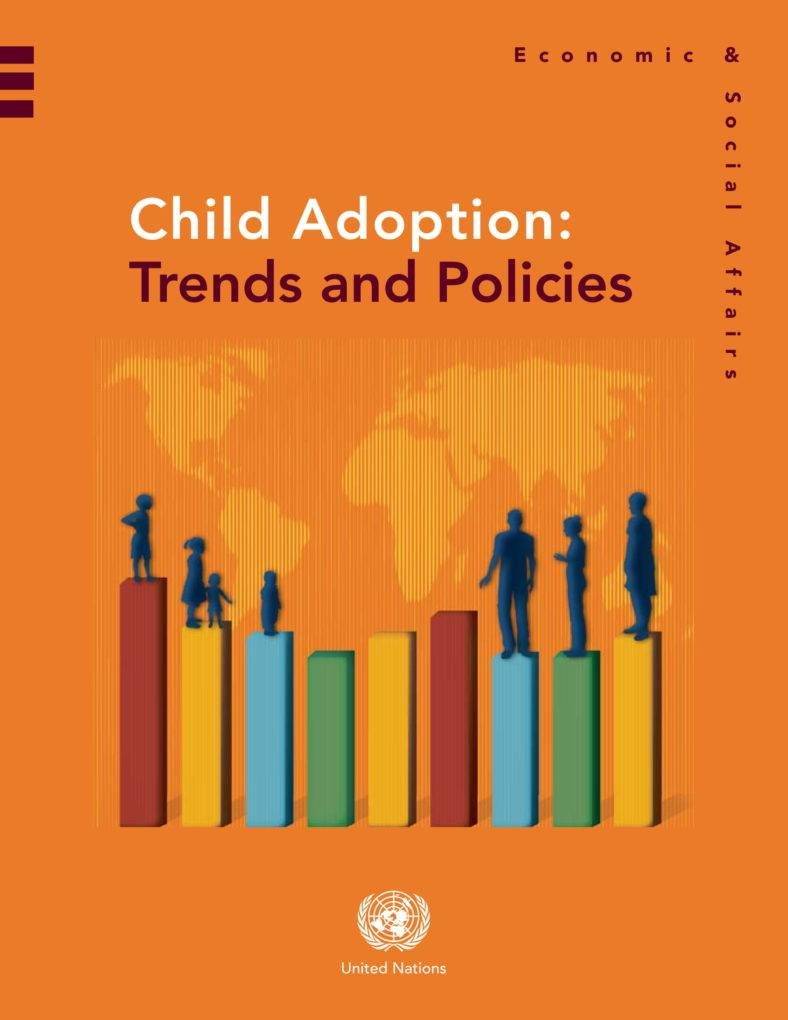 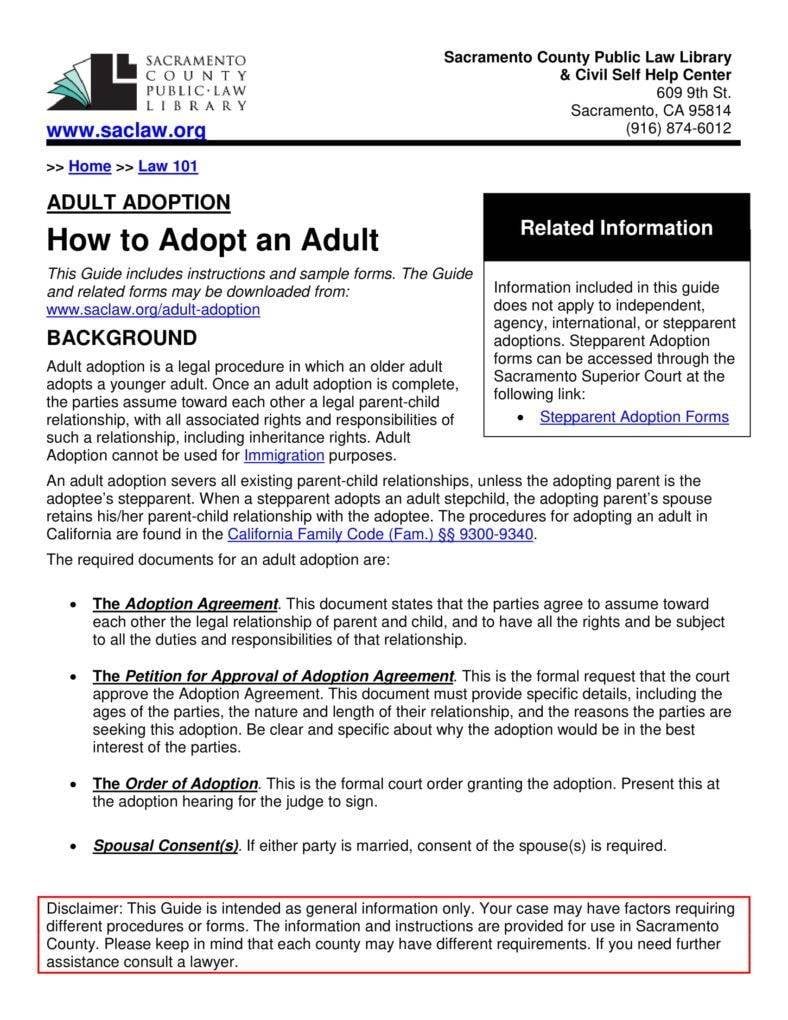 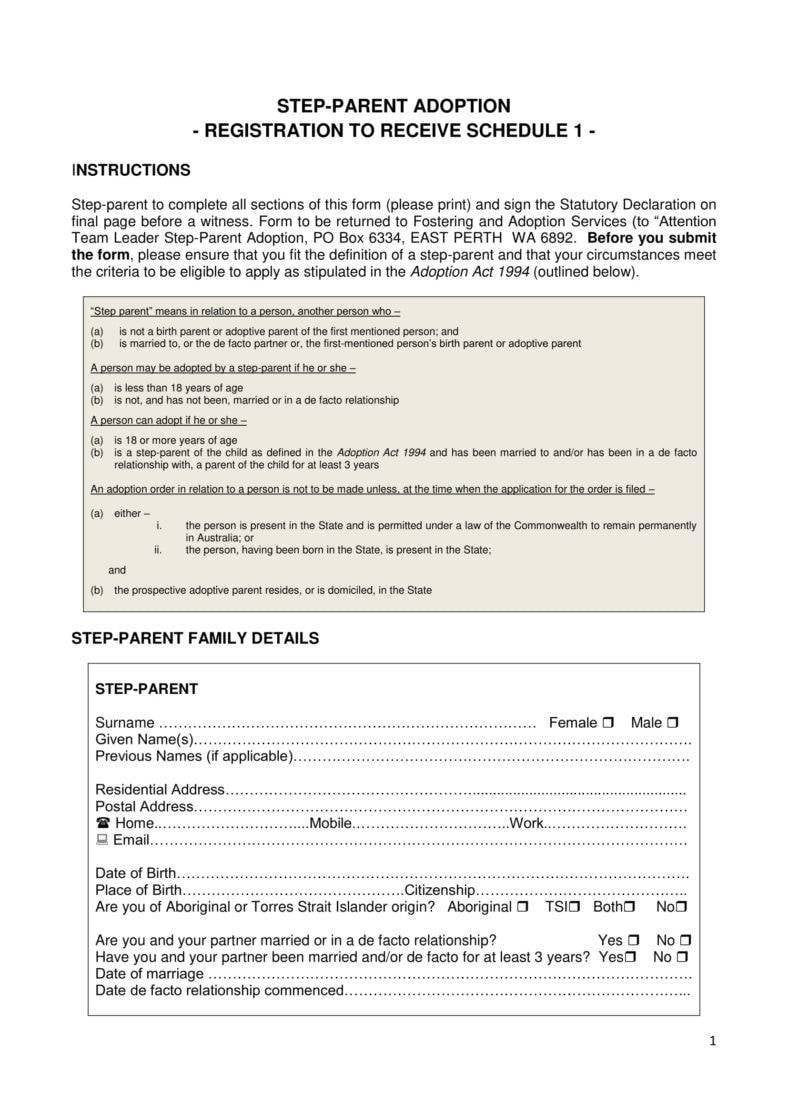 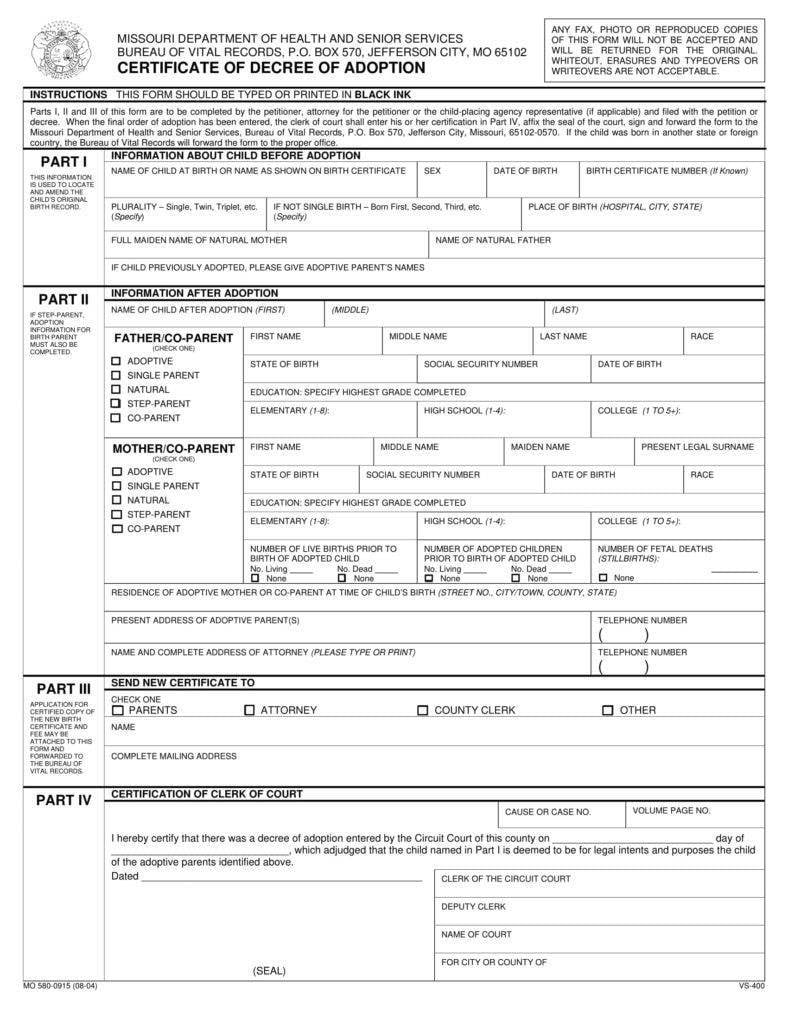 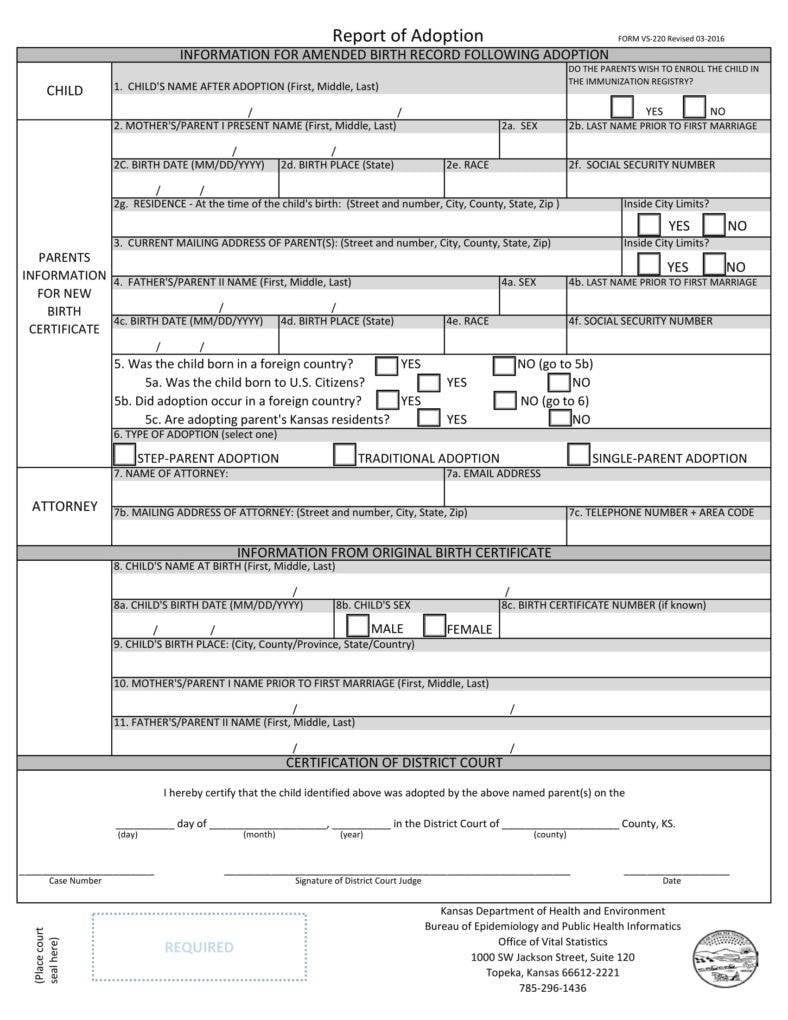 Adoption in the United States

Adoption defined is a legal process by which “a person takes another person into the relation of child and thereby acquires the rights and incurs the responsibilities of a parent in respect of such other person.” Adoption in the US is largely governed by state law, although there are federal constitutional principles and limited federal statutes that may affect its process. Laws covering adoption in general, are common across states, including giving the complete parental rights with the adoptive parents, the consent requirements, the proceedings of adoption being kept confidential for obvious reasons, complying by the standards where the best interests of the child lay, and also its evident permanent nature. Aside from the restrictive federal constitutional and statutory law, one should always remember that adoption is still governed by the state law. Even though there are adoption acts proposed commonly across states, only a few were able to adopt them. This is because state laws are different for many reasons. You may also like sample writing paper templates.

Adoption as a legal process, dates back to the 1850’s and it hasn’t looked back since. Even then, it wasn’t just an informal practice, with the necessary documents signed and terms laid out for the adoptive parents. 150 years later, almost 135,000 children are adopted in the United States and taken out of the foster care system, family members who cannot support them and from countries torn by conflicts. Although the numbers aren’t enough yet, considering how many children don’t get the chance to get out of foster care by being adopted, you cannot deny that 135,000 of them are given a better chance at having the care and security that only a family can provide. What with celebrities like Katherine Heigl and Sandra Bullock increasing visibility and transforming the American society’s general idea of who gets to adopt a child and who doesn’t. Diversity activist movements also raised a deeper awareness, understanding and encouraged the topic of adoption to be more openly discussed, scrutinized, and accepted. Lest we forget, this wasn’t always the case. We were used to seeing adoptive kids looking quite like their adoptive parents, as a society in the past dictated a blonde and blue-eyed boy could only have Barbie and Ken as parents. Until the middle of the 20th century, adoption was not a subject open for discussion. Being adopted was kept secret. It was taboo because traditions manipulated how we should react, and how we reacted was at best civil and sometimes downright cruel. You may also see graph paper templates.

Adoption is not an easy path to tread on both sides. It is especially hard for women who have waited long and tried hard to bear a child only to go through infertility and difficult medical procedures with her spouse. It is also a complex experience at first for a child to be taken into custody by complete strangers, even though he or she may warm up to his or her adoptive parents later on. It would take time and often a lengthy legal process to finally get everything settled from the papers to the child adjusting to his new home. But no matter how difficult it may seem for adoptive parents-to-be, the needs of the child should never come second. The adoption should always end up with having the best interests of the children that the law promised to serve and should continue into their adulthood. Whatever your general priorities are, adults have a collective responsibility towards making sure that most of the negative aspects of adoption will be eliminated. You may also like ruled lined paper templates.

People must not forget that this is an issue of vital importance for all parties involved but the overall welfare of the child goes on top of that list, hands down. The child, the adoptive parents, and the biological parents each have a role but much of the responsibility, of course, falls to the last two. Based on national estimates, there are one million children in the U.S who lives with their adoptive parents with a good percentage of American families having an adopted child. As society evolved and become more modernized, people choose careers first, especially when they are young, having no time to think about settling down just yet, and couples being infertile seek children that they believe will complete them, are becoming quite common, as well as children given up by their birth parents. The thing is, the system cannot filter parents who give birth to their children, but society does the job in judging adults viewed as either too young to have children or without financial, emotional and mental means in raising a child so that they become encouraged to give up their children to foster care or to people they believe are ten times more capable in seeing to their children’s future. We also tend to report to social services when we believe a child is being mistreated, causing them to be taken from their homes and into the care of the system. You may also see drafting paper templates.

Over the years, there have been many misconceptions about adoption, some of which have been borderline asinine. It’s either all about the lack of information or people’s point-blank refusal to bring it to the fore of society and family discussions. People are still confused about the concept of adoption, the way it works and how it affects all people involved because society has kept this a secret for far too long and this generation bringing it out in the open has been a long time to come. Up until the 70’s, adoption only served babies and married couples who were biologically incapable of producing children, and adoptive parents only choose to adopt children who at least resemble them. Add that to the shame of being an unwed mother, adoption didn’t necessarily encourage a good topic to be discussed at parties and dinner tables. Fortunately, the racial and ethnic backgrounds of the adopted child population have changed radically in less than 50 years, with the Department of Education reporting a proportion of adopted kids in kindergarten being under the care of a mother of a different race or ethnicity raised to 50% for the last 15 years. There were also a good proportion of kids having Asian backgrounds being adopted by Caucasian parents over the same time period. In contrast, the number of African-American adopted students appear to have fallen. But one thing remains to be the same, at least. The majority of adoptive parents are white, well-informed, older and financially capable of raising children. You may also see sample paper templates.

How Adoption is Finalized

If you are ready to take on the job of being a legal parent and went through all the necessary steps, from talking to an adoption counselor to communicating with foster care and settling terms with the birth parents, then the final stage of the adoption process will be something you can really look forward to.  Finalization is when the legal proceedings for adoption are completed and your child then becomes an official member of the family. You may also see lined paper templates in PDF.

To reach finalization, there are three steps that adoptive parents must do:

This is for adoption that happens crosses state lines, therefore you must remain in the state until Interstate Compact for the Placement of Children (ICPC) documents are cleared. The estimated clearing time is usually between 7 to 10 business days. You may also see white paper templates.

You will have a specific number of placement visits to complete which your home study service usually provides, with the adoption agent/foster care and the court proving that your family is settling with each other well. You may also see a sample of papers.

You should be present for the judge’s final review of the adoption, in which he makes sure that the necessary post-placement visits were completed, ICPC was performed according to state requirements, and both birth parents’ parental rights were finally and legally removed. You may also see business paper templates.

After the finalization hearing, you are then granted legal custody of the child and awarded the adoption decree, with the domestic adoption process done and completed, and everyone can go home happy. It means you should congratulate yourself for having gone through the process of adopting a child or kid that won your heart, which you will now be able to tuck in bed and kiss goodnight. You may also see printable lined paper templates. 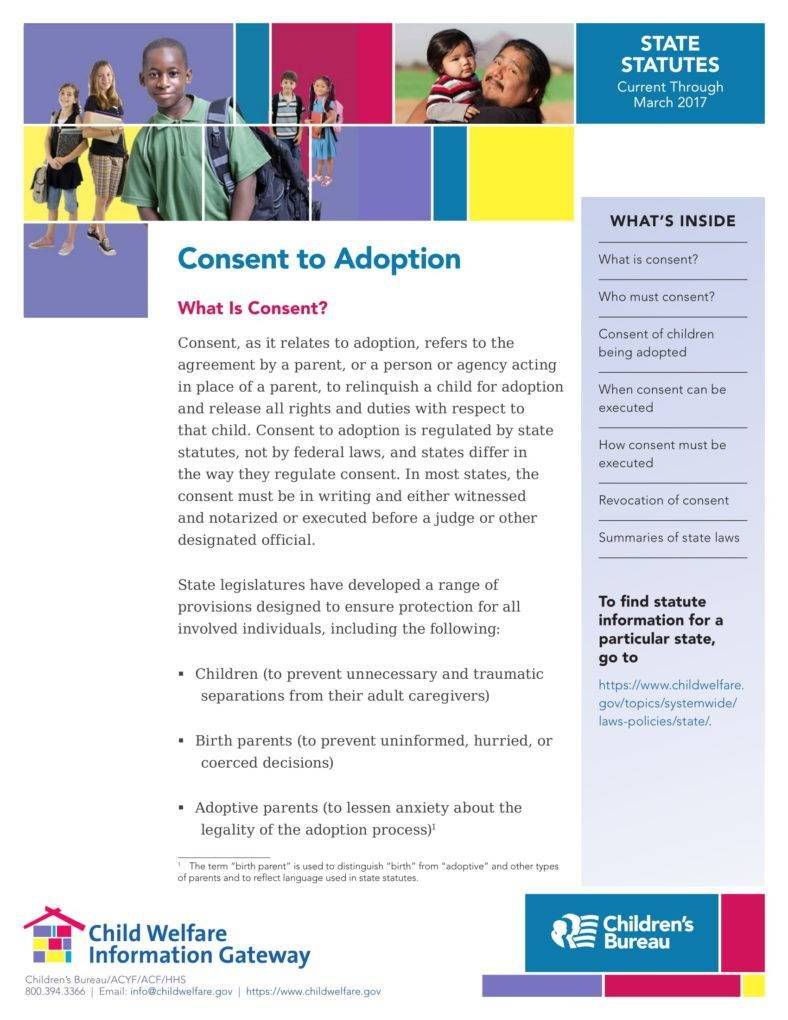 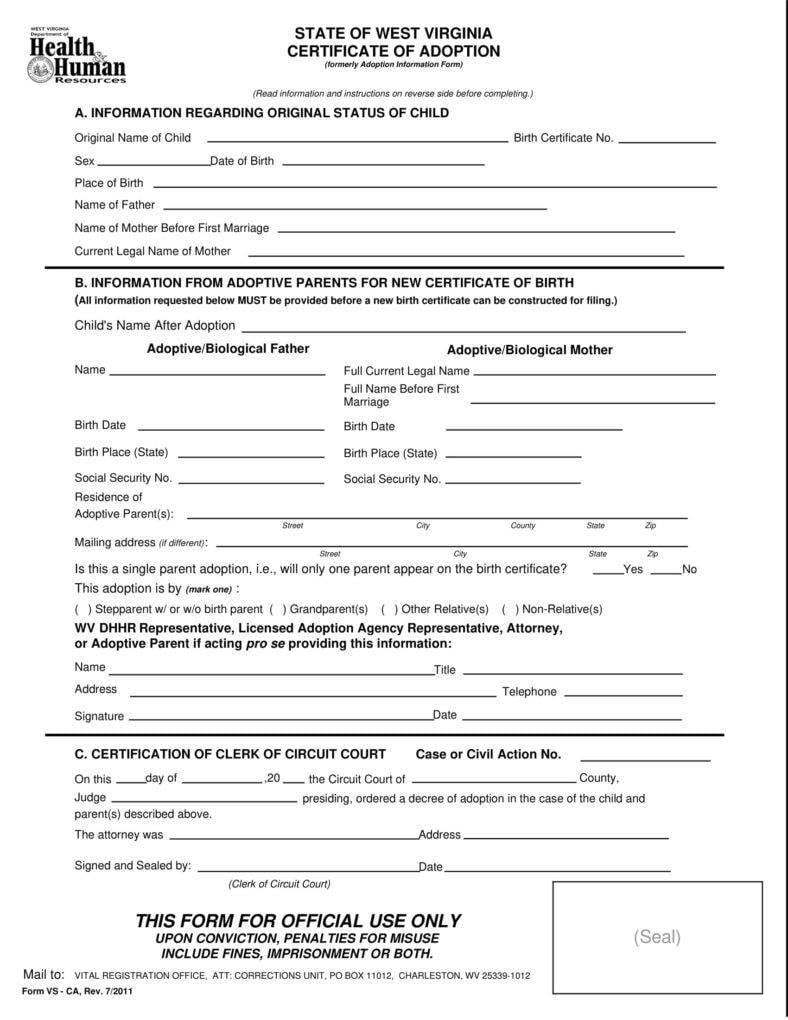 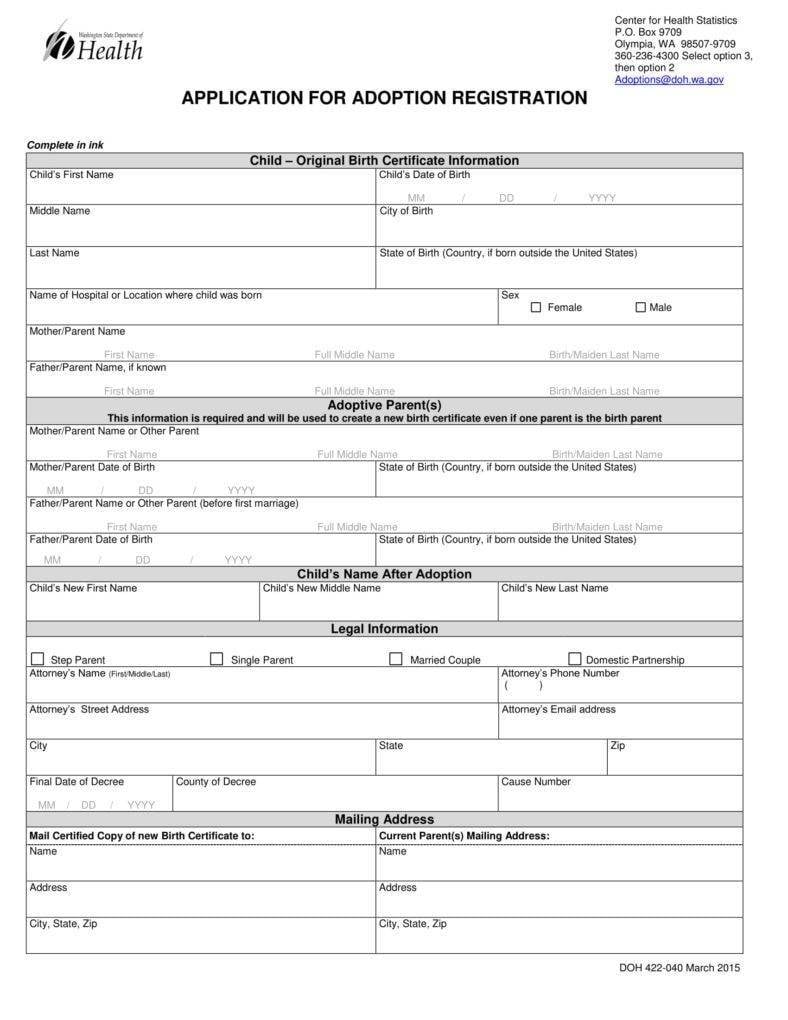 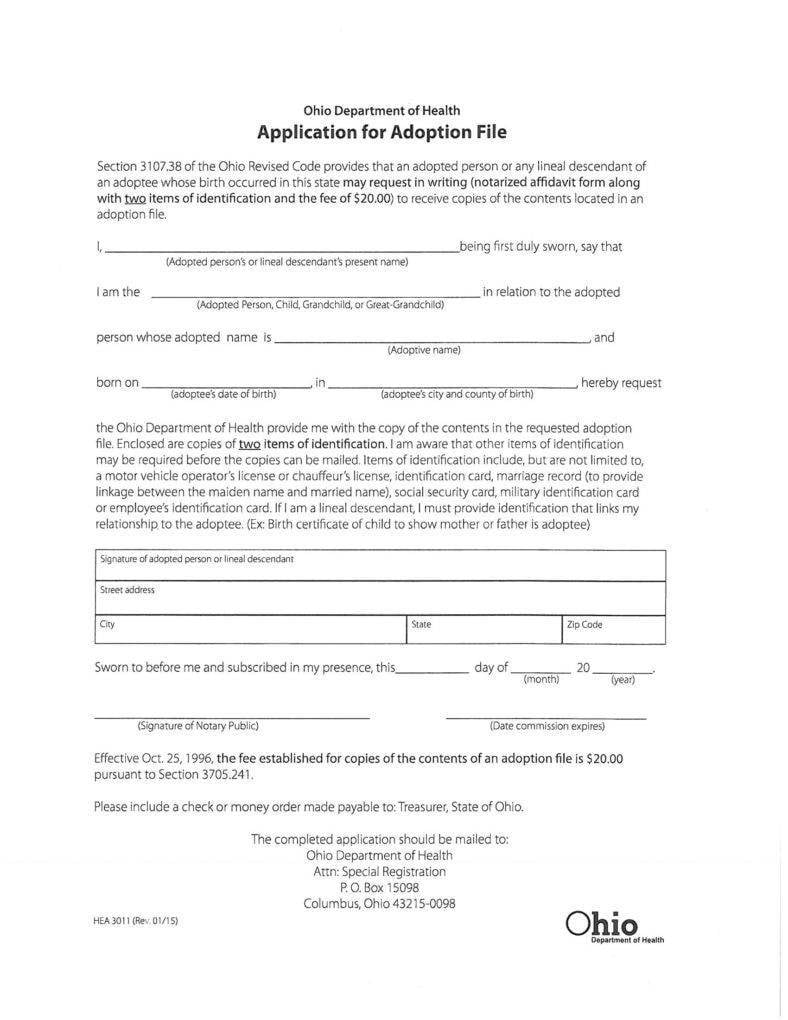 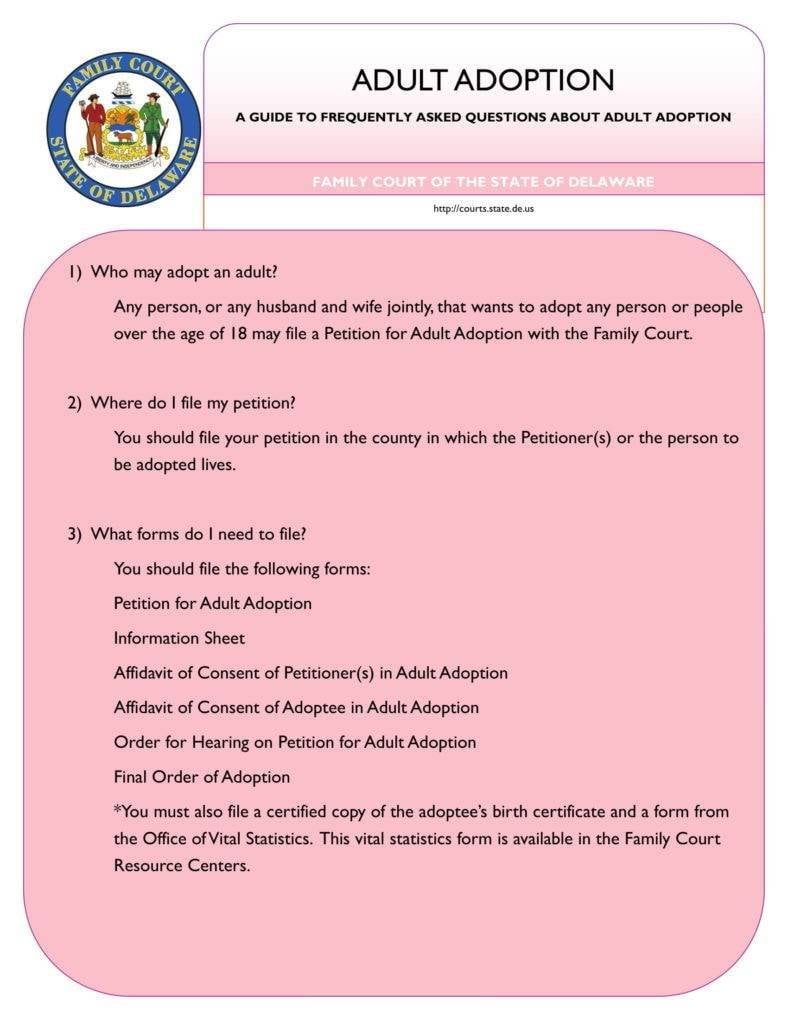 Adoption is more than the papers. It means a family. It means the law of the land handed you the greatest responsibility of all, and that’s being entrusted with someone’s life and whether it’s in an infant or a young adult, you know deep down that you would be willing to take care of its future. In most cases, it means the joy of those first “I love you’s”, “mom”, or “dad” and a whole lifetime of those very words, after. For the rest, it means a thousand more of firsts that a child would otherwise, never know. Having their own room, bedtime stories, opening up about what could be a painful past and the knowledge that at last, they would never have to worry where their next would come, and getting used to it. Most of all, it means loving a child that doesn’t share your blood, someone you did not carry, but loving them in a way you may never have known you could. It means unwavering, unconditional love, the kind only a mother or a father can share with a child, the kind that DNA could never take away or even match. You may also see strategy paper templates.