Every year, each of us are given fresh clean slates which is really good but at the same time also terrifying because you just don’t know what to expect. This is especially true for nonprofit organisations who tries to make good of their fundraising strategies each year and the promises to their stakeholders that they long to keep.

What better way to star the new year than set new goals to guide the organisation through the whole year round with the intention of also being better. Better strategies, better plans, better projects. Yet you would find that many organisations, like with most of our New Year’s resolutions, our initial motivation, excitement and conviction fades a few months into setting them, leaving us short of our sample plans and goals. 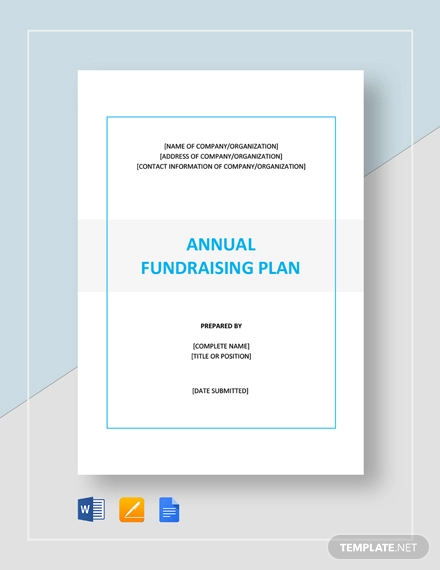 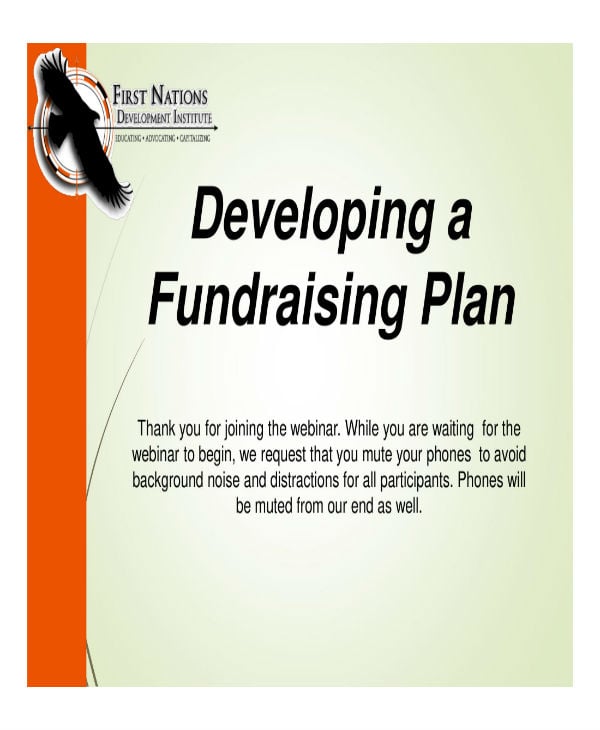 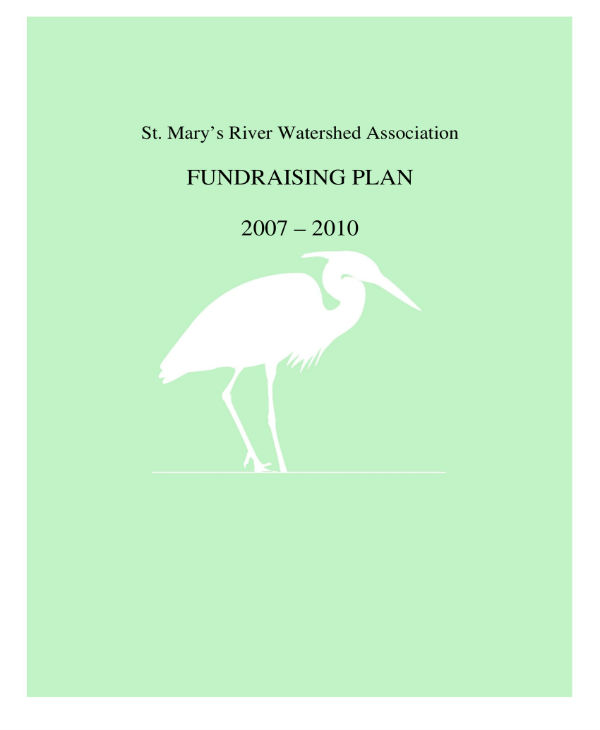 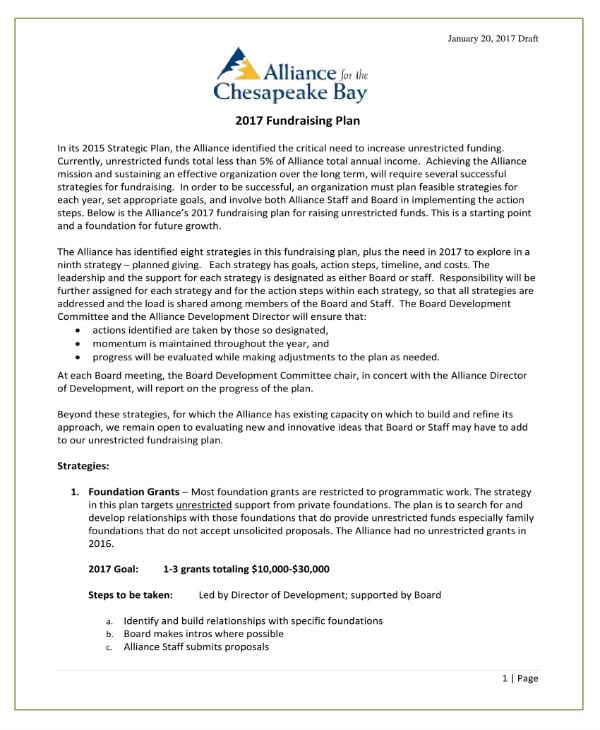 There’s something about January that makes all of us talk the talk but who among us actually walk the walk for the rest of the year? And how do we plan to fix this before we sit down and set another fundraising plan for the year?

Importance Of Fundraiser Planning in Nonprofits

Many nonprofits, especially smaller charitable and start-up organizations are operating without a plan. When one of them decides it’s a good idea to organize an event or a project, they usually just put together a small group as a committee and go on with it. They could come up with flyer designs here, posters and letter templates there including some meetings with sponsoring organizations and when the going gets tough for the bank accounts, they resort into panic mode and start racing to the donors and corporations to ask for funding.

You’re asking for trouble if you go the same route because it may work at first, but you’ll eventually have to settle odds which would be too much for you to take. And even if your organization isn’t short on cash, running your yearly fundraiser without a plan is a recipe for conflicts, stress and ultimately, financial demise. You may also see strategic plan samples. 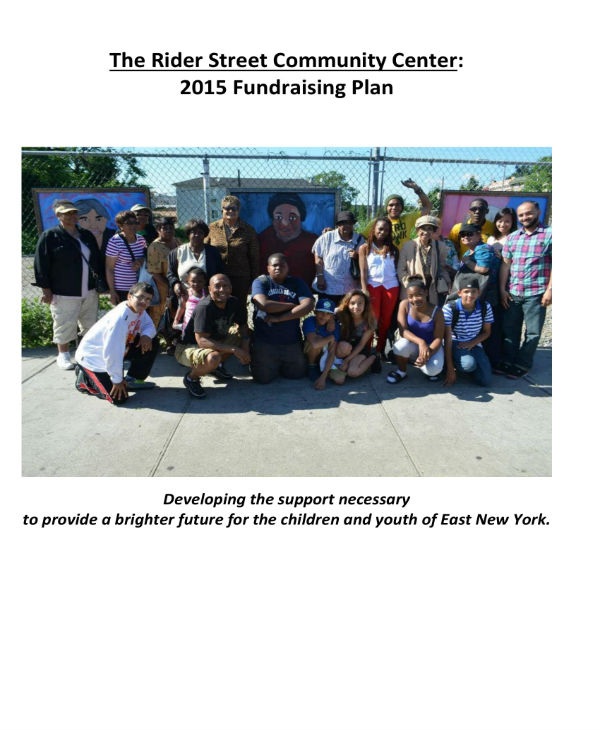 The best way to avoid such a fate is through having a well-written fundraising plan because no matter how small your school, charity, or church is, or how far you are into its development, your team needs a comprehensive and organized sample fundraising plan that you have to commit to.

Having a written plan will allow you to focus more on your fundraising efforts and come up with this year’s fundraising calendar, guide your team through the right strategies when you are well into your events, or when answering calls or sending emails to sponsors. To put it simply, your fundraising plan will keep you sane in the madness of everyday operations in a nonprofit office. You may also see event plans in PDF.

Your plan should be in line with your smart goals across all areas of the organization and it should also help keep the rest of the team organized. It would take some effort upfront to develop your fundraising strategy for the year but the return will be more than positive if you fulfill this process.

To get started, let’s look at what it takes to create one and why having one is important:

The first question you should be asking is who gets to write your plan and when should yous tart it. Well, how about right now? On a more serious note, if you decide to operate without a plan, it would be worth your time to think of what you should include in your plan for about a week then get to writing the actual plan. Obviously, a plan for an annual fundraiser should be started at the start of the year. Some may even have a 2-3 or 4-5 years’ worth of plan, tweaking or updating it every year as you also undergo some changes. You may also see financial plan templates.

As for who should be tasked to do it, if you have a development staff and leader among them, they should be the ones to brainstorm and write the plan with approval of your charity’s manager or executive director as well as the board for larger organizations. If you don’t have a development team, then the task should probably be left to the organization leaders like the CEO or the Executive Director. You can also ask advise from qualified or experienced consultant, since most of them specializes in creating fundraising plans. You may also see payment plan templates.

2. Parts of a Fundraising Plan

Now that you know it’s important to have a written plan and you have established who’s going to write it in consultation with people authorized to approve it with all of the stakeholders being made aware and is erady to be written, what should you include in the plan? You may also see strategic plan templates.

The main purpose of planning is to have a goal so that you can also show others how you plan to achieve that goal. This is the best starting point-what is the overall goal of your fundraiser? What is the end goal? An even better starting point is indicating what your overall goal for the year is and for the next four years or so. However, those numbers shouldn’t come from thin air and should be discussed properly based on what the organization needs. How much money will the team need to raise to make their activities for the year possible? You may also see project plans.

2. The Mission / Your Message

If the goal already addressed the question of how much money would be needed, then the mission should answer this question “Why do you need it” or “What for?” which would bring you to what your organization’s mission is and how you’re going to define it. What do you plan to do with the money you’ll be able to raise? What budget would you be working with and why is this the amount you have come up with? There has to be a reason, and you have to define it so that you and the stakeholders are on the same page. Also, your future and past donors will want to know where that money would go. It’s that simple. You may also see strategic plans in PDF. 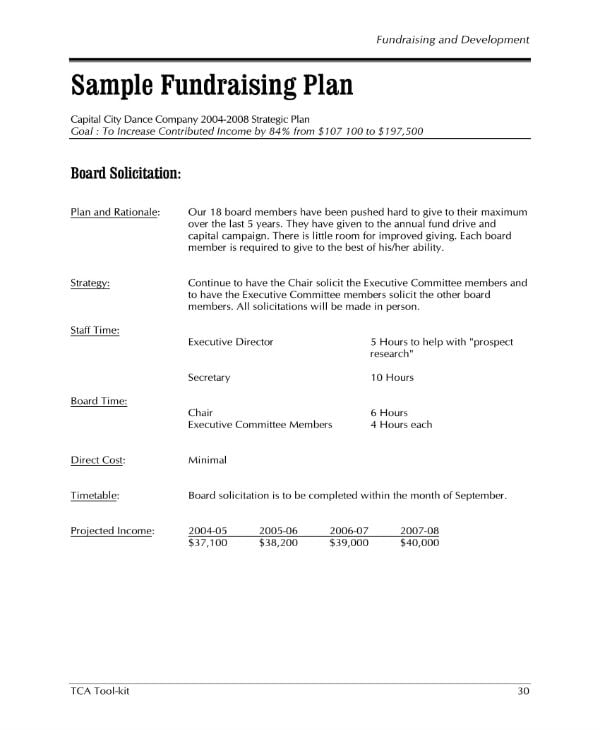 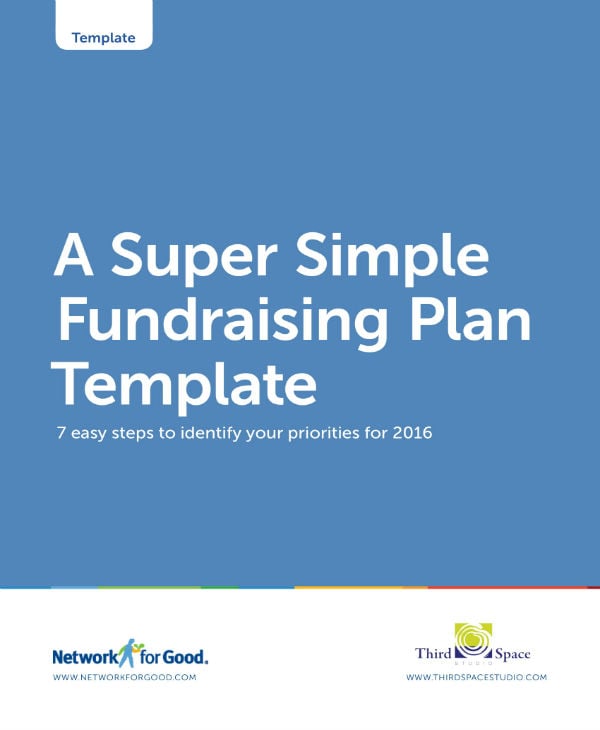 Once you’ve come up with the estimated figure of how much money you need to raise and why you need to raise such an amount, the next step is how you’re going to raise that full amount, which is more complicated and would demand more work than the last two. What strategies do you plan to use to raise your funding goals this year? What about next year and the year after that? You need to get into full detail for this and come up with a goal for each of the strategies that would eventually add up to your total goal. You may also see marketing plan samples.

For example, if you want to raise a total of $5000 you can plan on raising $3,000 through a major corporation that awards grants and then $2,00 through a charity event or fundraising activity. You may also see sample action plans.

Some of the most common strategies include the following:

You’ll never run out of ways to raise money, but you might be short on staff and volunteers to get your strategies implemented, in which case they would be rendered useless if you don’t have enough people or a team to work with. Make sure to have a good mix of fundraising strategies and ideas because if they end up not working, you’d have a fallback. You may also see business plan templates.

You have to work through a timeline and this is where most organizations stumble. You could come up with a solid budget to work with, have a robust plan and a great mission to top it all, with tactics that could take the organization to greater heights but failure to set timelines and deadlines would never get things done. Some of the more experienced organizers keep to basic timelines. You may also see school fundraising plans.

You can also do that by holding an event early in the year, send out your mails in September and then charity drive towards the end of the year. You may prefer more detailed timelines, listing not only the major goals but also the smaller ones, whichever works best for you and take it one activity or event at a time. Doing everything at once will end up in a mess. You may also see non-profit business plans. 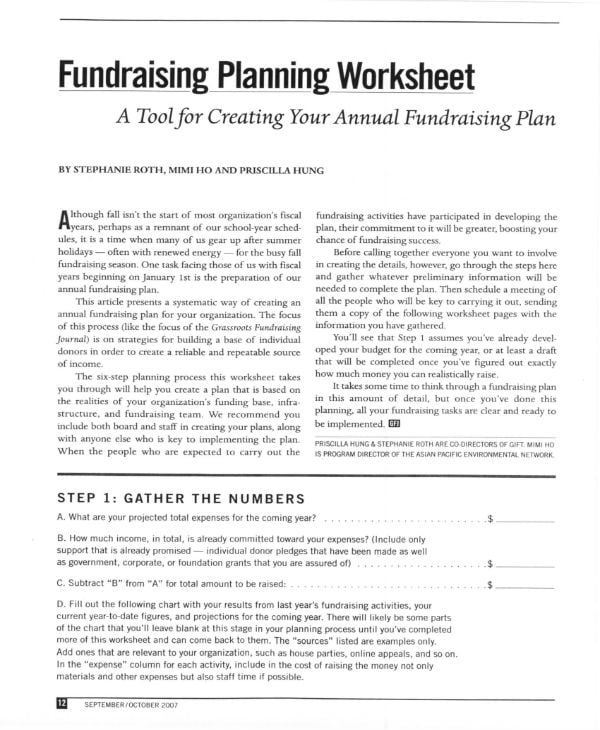 How to Create a Fundraising Plan 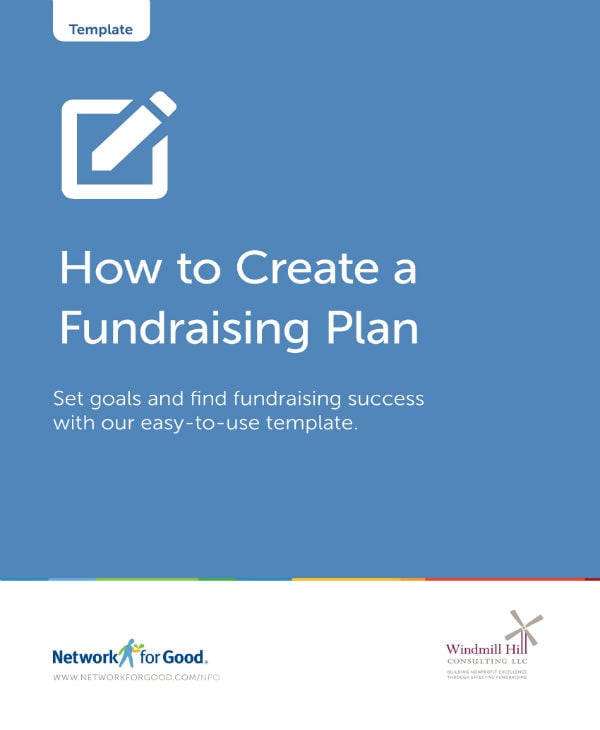 What’s important is that you have a timeline set that you can commit to, so that you will also be guided in making important decisions with a deadline in mind. Managing your annual fundraiser when you also have to worry where this year’s funding is going to come from for the activities you have planned, is never an easy job, but with proper planning, even if this is your first time leading your team, you may just be able to nail it. You may also see consulting business plans.