Toggle buttons are applications which allow a user to change the setting between two states. While creating an android software or an app, you, as a developer, can create and put these buttons wherever it is practical to make use of. The buttons should be created in such a way that the user while accessing the app, knows how to make use of them. The following examples talk about the variation of such buttons. You can also see Facebook Buttons. 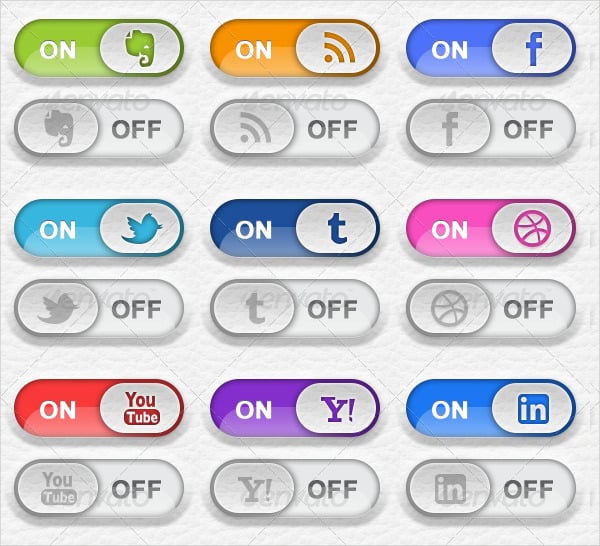 This particular template bundle consists of 9 toggle switches. They can be used when there are multiple services to be shared at a go. The file is in PSD format. 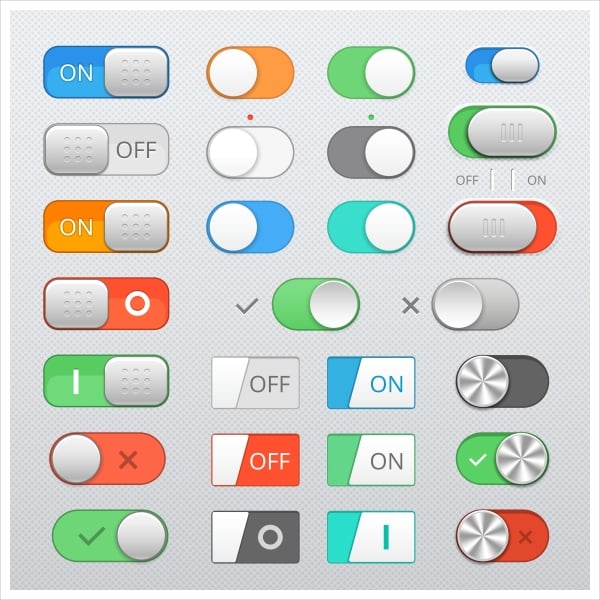 This particular flat form of templates consists of switch sets which comprise on and off sliders. The file being of vector type can be used by Photoshop or Illustrator. 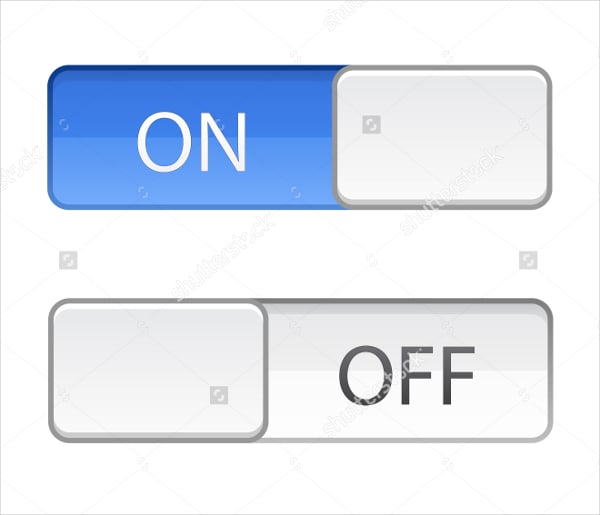 This particular toggle button template becomes blue in color when slid towards the “On” option and white when the “Off” button is selected. The file is a vector illustration.

On & Off Toggle Button 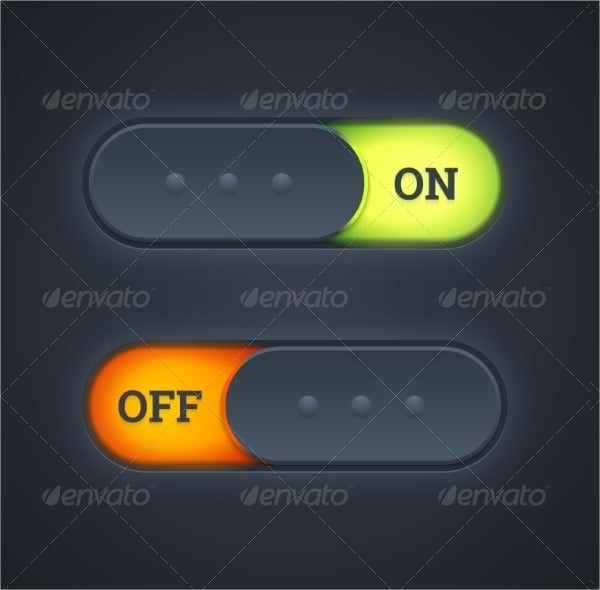 These toggle buttons have a neon glow feature. The bundle comprises of “On” and “Off” switch toggle buttons which can be edited by using only Adobe Illustrator. 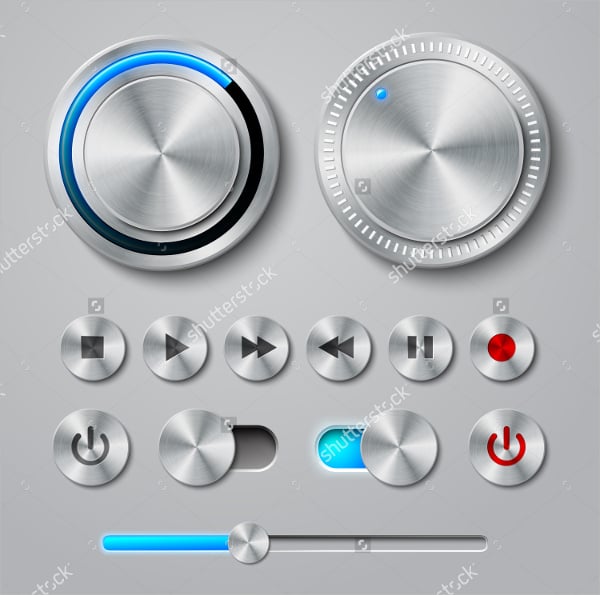 This template comprises a metal interface. The bundle comes with a collection of a power volume playback control. You can access it by using either Photoshop or Illustrator as the file is of vector format. You can also see Button Vectors. 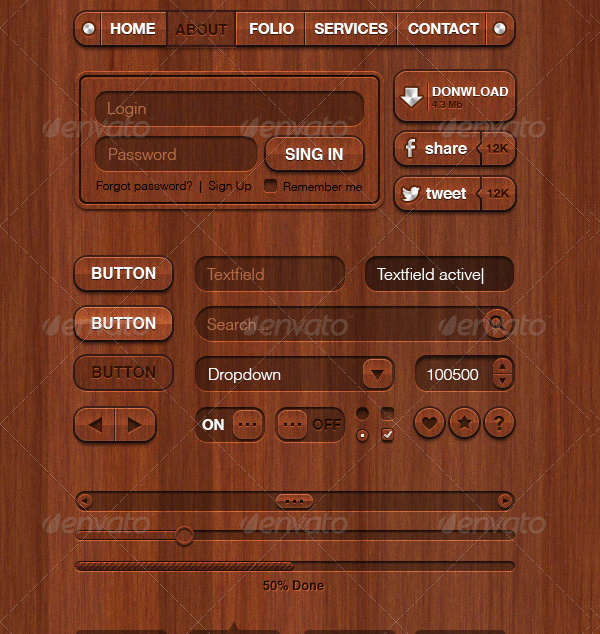 This particular template bundle includes the basic elements of a web interface that have been created with a hint of a wooden texture-like feel. All the elements that you can see are accurately organized. 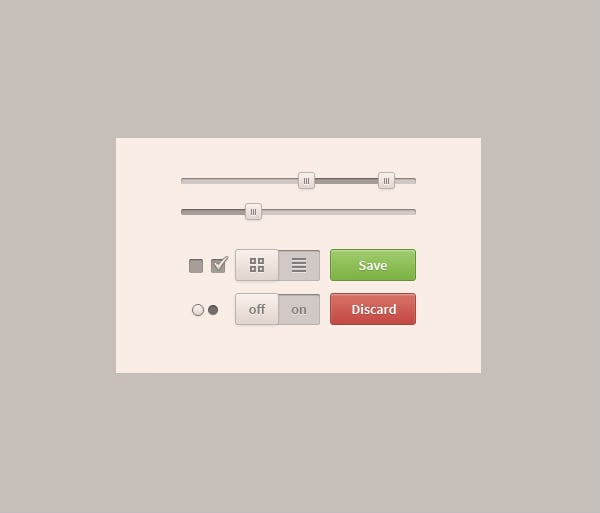 This particular template comprises of various types of sliders, form buttons, toggle buttons, save or discard buttons and many other options. The file depicts a feeling of real care and attention. 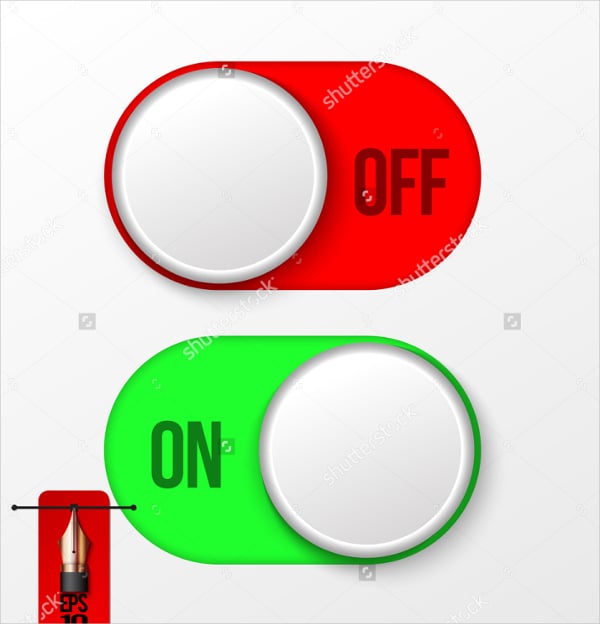 This template bundle comprises of slider bars. The green colored bar is the “On” button and the red colored one is the “Off” button. The file is a vector illustration. You can also see Best Social Networking Buttons. 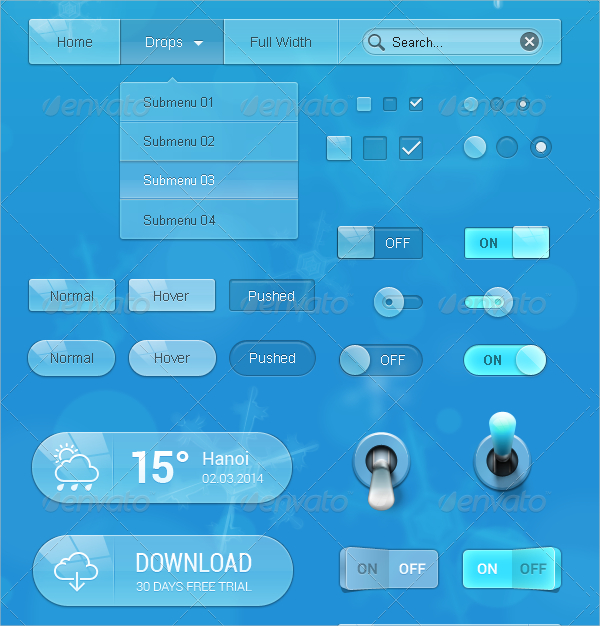 This particular template comprises of glass like PSD files. The items can be converted into various sizes. The elements that have been used comprise shapes, font elements, and smart objects. 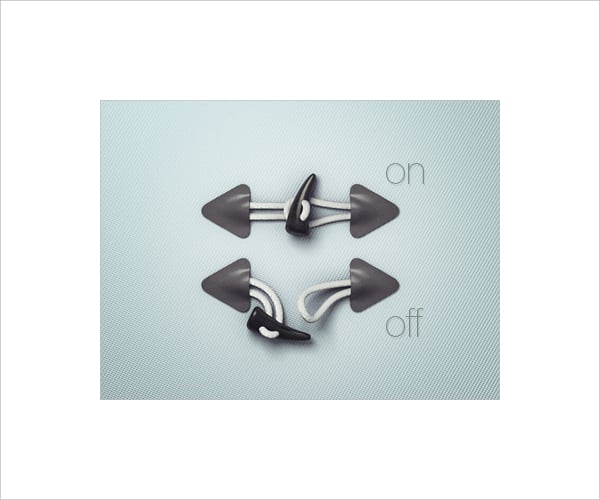 This particular template comprises toggle buttons that look like 2 sets of hooks that can be tied together when needed. The hooks get tied when the “On” option is set on and the “Off” option unties the hook. 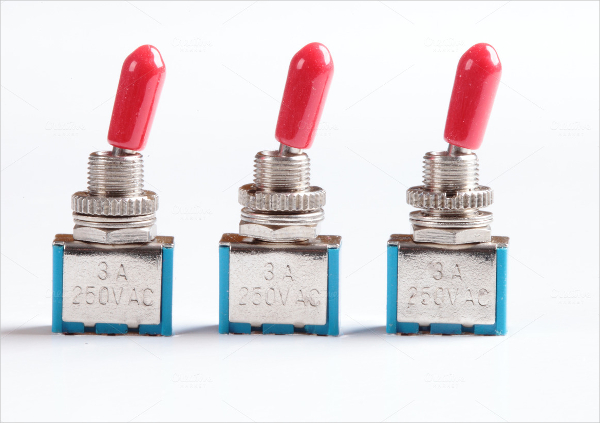 This toggle switch template has a retro feel to it and the bundle happens to comprise 3 samples of the same. You can use this file to show case “On” and “Off” options when required. You can also see Best Web Candy Buttons. 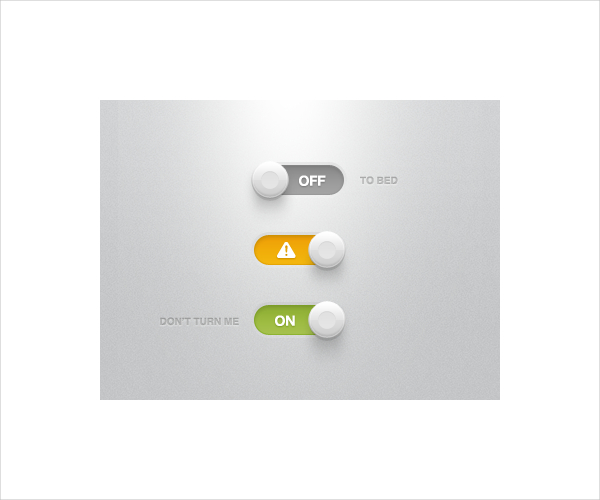 This template comprises shadow-based button-like toggle switches that can be used to mark “On” and “Off” options. The file is readily available in the format of PSD.

The templates discussed above can be used to make buttons required to showcase “On” and “Off” options in many sorts of web-based software and applications. The files are CSS-friendly and can be used without any hassle. All you need to do is make the correct choice, based on your requirement. You can also see Login & Logout Buttons.