How to Make a Car Loan Agreement Form Templates

Cars are a necessity in today’s modern times. This is especially true for people who need to travel far distances to either get to work or just enjoy a rousing good time of entertainment. However, there are those who aren’t exactly financially stable enough to afford a car on their own. You may also like loan agreement forms.

In that case, some people tend to opt for the option of borrowing a certain amount of money to pay for the car, and then pay their lenders at a later date. However, these lenders want to make sure that they’re paid what they’re owed. This is the reason why there are car loan agreement forms and this article will focus on how you can create one. You may also see loan templates. 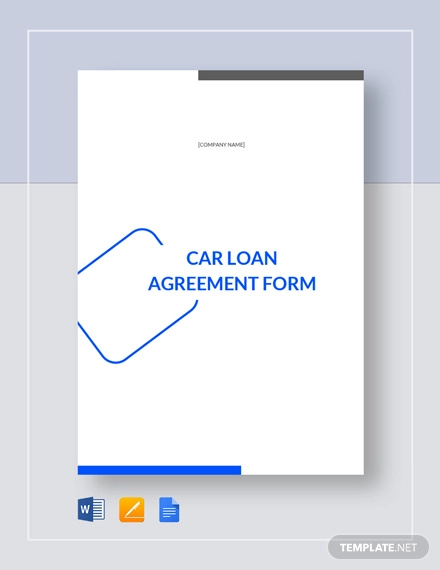 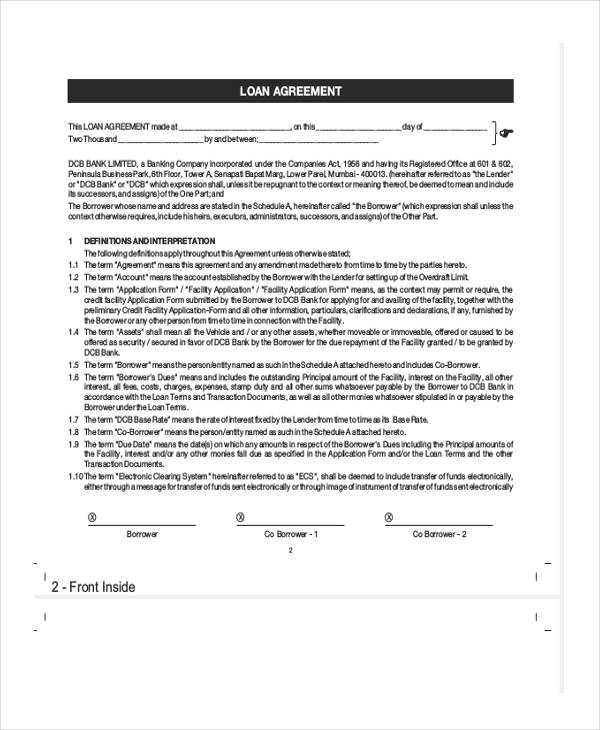 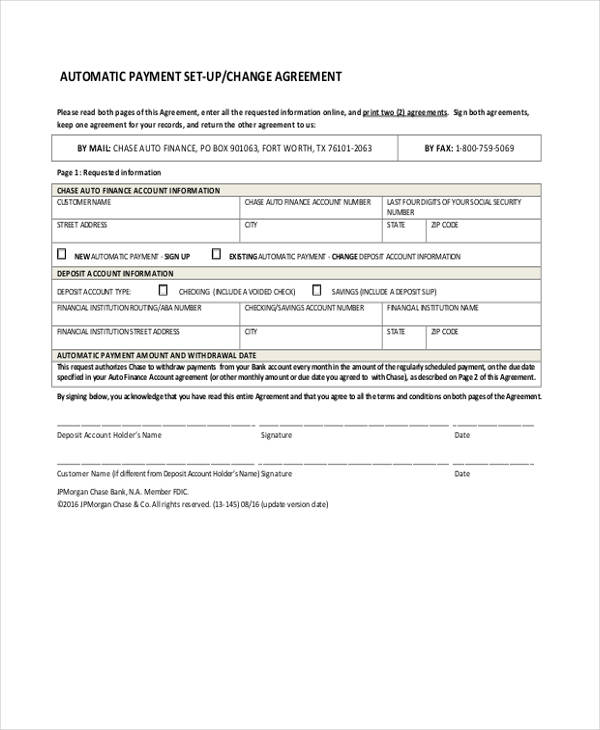 The Contents of a Car Loan Agreement Form

This is the kind of document that’s basically a written contract between you and a lender. It doesn’t matter who the lender is, whether it’s one of your friends, family, a bank or whatever financial institution or source of money it may be, the fact is that this kind of agreement is legally binding and both parties will need to keep the deals on both ends.

The responsibilities in this kind of agreement, mainly financial, is pretty overwhelming so it’s best that you understand what it contains. So here are the important items and terms that are contained in a car loan agreement document:

This refers to the entity that you owe money to. If you want to keep things simple, then this is basically the person or the small business that you decided to borrow money from. So let’s say that you took a loan out of bank, so the name of the bank will be placed in as the creditor

This is a term that refers to the person that’s borrowing money. So, if you took out a loan just so you can purchase that fancy car, then your complete name will be placed as the debtor in the loan agreement form.

This is the person who will be signing the car loan agreement form alongside you to ensure that you’re going to pay back whatever amount you have on to pay back. Think of it like a witness who’s handing out his/her witness statement saying that he/she has seen you read, understood, and signed the document, as well as ensuring that you keep your legal obligations. Also, it means that the co-signer is equally responsible for making sure that the debt is paid.

In the event that you do fail to pay off your debt, then it’s co-signer who’s legally responsible in making sure that all of the terms within the agreement contract are met and that the debt is paid off.

In lending terms, a default means that the debtor (most likely you), in some way, has failed to meet with some of the terms of the car loan agreement. If you will fail to pay off your debt, then that would mean that you’re going to default on the loan. What this basically means that once you’ve signed, have a secured loan, and default happens? Then your creditor will basically claim whatever you have pledged as collateral to use to pay off whatever amount is remaining in your debt.

This is the term that you want to learn about. Collateral is a couple of items that you have pledged when you default or if you find yourself in a situation where you cannot pay off your loan. It’s like a form of insurance to guarantee the creditor that you manage to pay off your debt, so long as the items, you place in as your collateral is of equal value to the amount that you aren’t able to pay off. You may also like loan agreement templates.

There are different types of collateral that can be given up such as properties that you own or even your personal bank account. However, whenever it comes to car loans, it’s usually the car that you have failed to pay for that will be listed down as your collateral. So, if you don’t want to lose that car, just be sure that you’re able to pay off your debt. You may also like simple loan agreement templates.

Secured loans are loans that are protected by a collateral. A lot of financial institutions make sure that they have secured loans so that they’re ensured payment even if the debtor fails to pay the remaining amount in his/her debt within a certain period of time. It’s also kind of a scare tactic to make sure that the debtor is in full cooperation and will pay back the loan within the period of time that he/she is given. Because let’s say that the debtor places his/her house or anything of value as collateral, then that person would do everything possible to pay the loan back lest he/she would like to lose the collateral. You may also like sample personal loan agreements.

This is basically the opposite of a secured loan wherein there’s no form of security or insurance for the creditor in the event that the debtor fails to pay back his/her loan. This kind of loan is basically a risk for those institutions or financial bodies that decide to hand out money to people that need them, and that’s mainly the reason why unsecured loans generally have a very high-interest rate. Also, lenders may also go through your credit history and credit report to see if you are eligible for an unsecured loan or not.  So, if the debtor hasn’t made any late payments and has always been able to pay off his/her debts, then there’s a good chance that the person will be able to secure an unsecured loan.

As previously mentioned, this is what a lot of lenders go through to see if someone is eligible for a loan (whether it’s secured or unsecured). Your credit history shows your capability of being able to pay back your debts and it can also include information about your credit accounts, the amount of money that you still owe, and if you are able to pay whatever debt you have within the right time. So, if a creditor sees that you’re always able to pay your debt on time and that there have never been any issues in regards to how you pay off your debt, then you shouldn’t be having any problems in securing yourself a loan. You may also like loan application templates.

This is definitely not the kind of status that you want to have. In lending terms, a delinquent is considered as someone who is not able to make all of the necessary payments on time.

You shouldn’t confuse this with the “Default” status. You’re only considered a delinquent from the very moment that you fail to pay on time. When you still haven’t managed to make certain payments after a set period of time has passed, then that’s the time when the creditor will label that state of the loan as default. You may also like loan contract templates.

This means that you’re required to pay your entire loan balance to the lender immediately. Basically, the lender sets a date where you have to pay off everything in one go. You may also like personal loan agreements.

This term means that you’re paying off your debt in a series of paid installments over a specific set period of time. So if you’re paying for a car, then depending on the amount, you could be looking at around 5 years of installment payment as well as other additional fees until you are able to fully pay for the vehicle. Once you’re done paying for 5 years, then the car will be officially yours. You may also like agreement templates in a word.

This is the amount of money that you are yet to pay off on your debt. This is excluding any additional fees and interest. You may also like loan contract templates.

This is basically the amount that you’re going to pay if ever you fall behind on your loan payment. Even if you fall behind by just single day, then you’re automatically required to pay the late payment fees.

Signing or creating a car loan agreement sample is never an easy thing to do, but so long as you know what should be in it, then you shouldn’t have any problems whatsoever.

In the event that you would like to learn more about how to make agreement forms for car loans or anything related to this particular topic (Such as how to create a loan policy), then all you have to do is go through our available articles that are on our site and make use of whatever information that you’re able to gather to help you and your business out.