Get your crash course in the Norman Conquest secretarial form of handwriting which had been prevalent until the advent of the typewriter and the computer.The cursive font styles is considered to be amongst the formal category of handwriting. In fact, students are made to write and practice cursive handwriting in primary school. For projects that require formal fonts, cursive fonts are a great option. What’s more, thanks to modern technologies, the cursive fonts look so much better and useful!  Free Cursive Fonts which can do the same job for you albeit perfectly, conveniently and in less time.

The marketplace is brimming with great cursive dafonts’ collections. The fonts are designed to match the standards of the projects, designers are involved in. The online marketplace has a huge reservoir of cursive fonts, however if you want to spot the best specimens, the ideal way to do it is search for three attributes in the fonts – uniformity, consistency and the flow. You may also see Fancy Cursive Fonts

You can put your total faith and trust in karsu writing fonts. They are good-looking and very useful for all kinds of projects – personal and professional. As there are so many variations easily available, you just need to download the most apt-looking english creative cursive font and work it in your project or assignments. There are Name cursive fonts with different kinds of qualities. You may also see cursive script fonts. 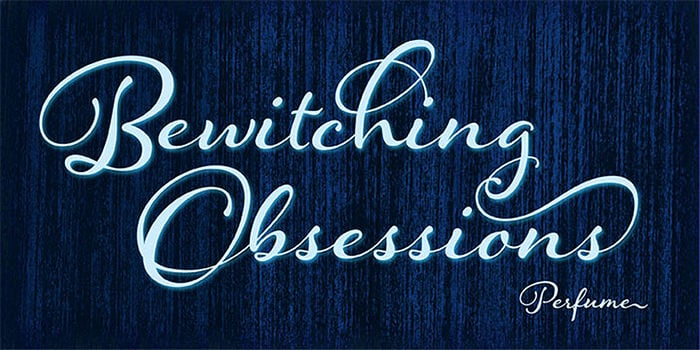 Cursive writing is a style of penmanship where the written Fire Fonts are joined together with loops and connects to form a flowing script. In such a style of writing, there is no pen lift. This was founded with the aim to make the whole process of writing faster. Though this is one style of writing, over the centuries it has evolved into various styles including half cursive fonts, thanks to various people having come up with their own versions. The different types of cursive handwriting styles are 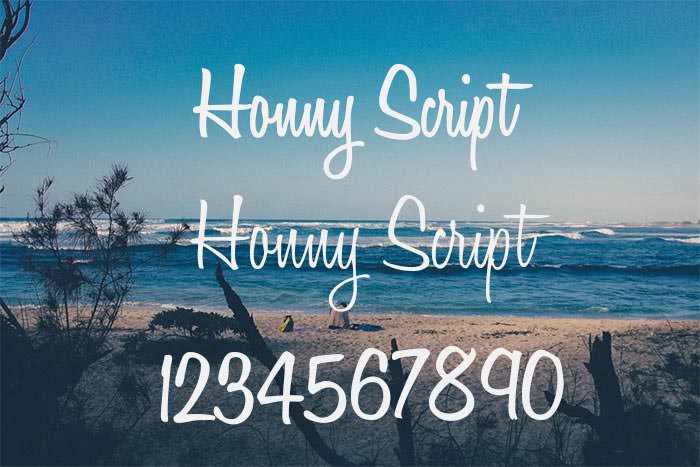 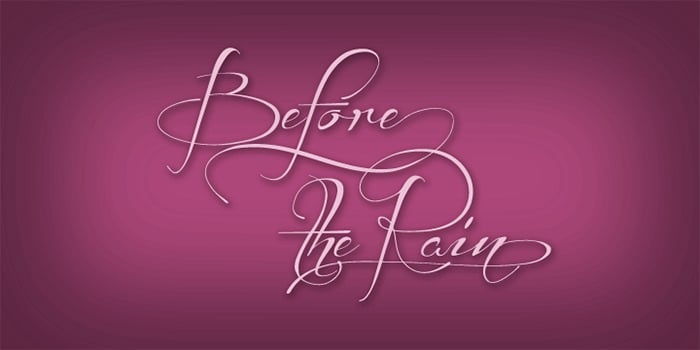 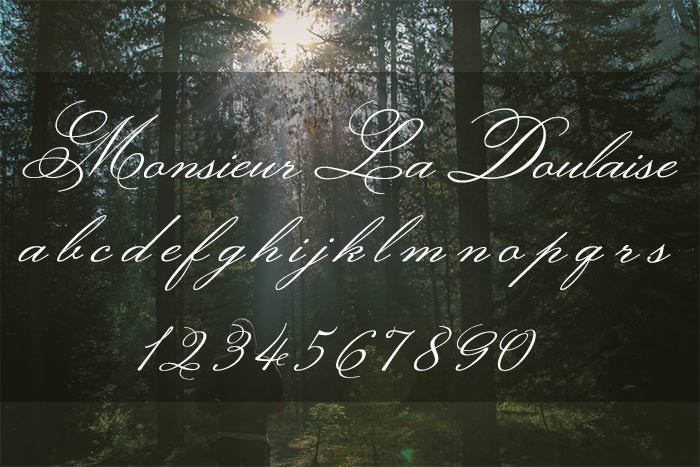 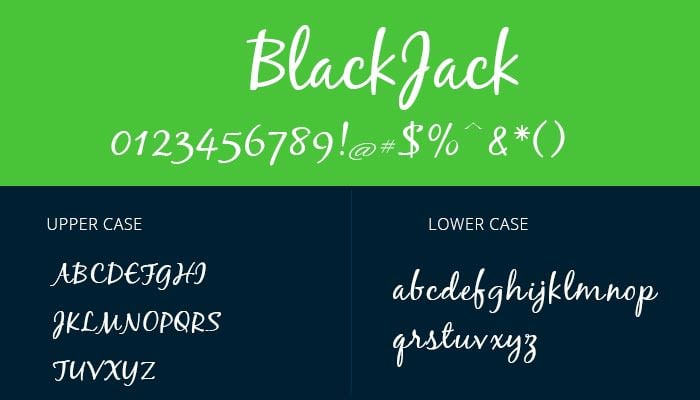 How to Design Cursive Fonts?

These days you can easily find Block Fonts online. However, if you are thinking of designing these, you can do this too. First things first, you need a Font Editing program. FontForge is definitely one of the best choices. In order to create a cursive font, you first need to scan it from a source.

1. Import the scanned image into the drawing area of FontForge by clicking on File > Import.

2. Next go into the Background layer and set the size and position of the image using the scales.

3. Now trace the images using the strokes. Be careful while tracing the in strokes and out strokes.

4. Once this is completed, you can preview the font. Continue doing this for all the letters that you want to design into fonts. 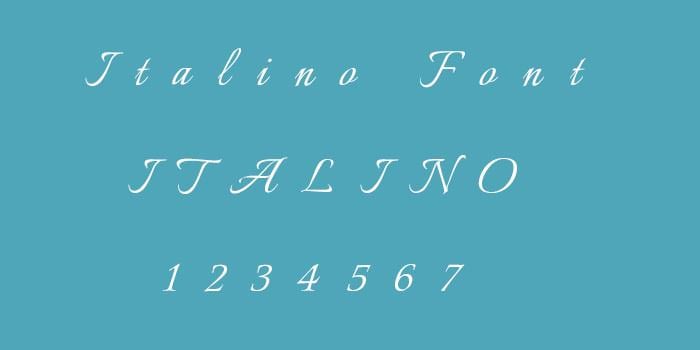 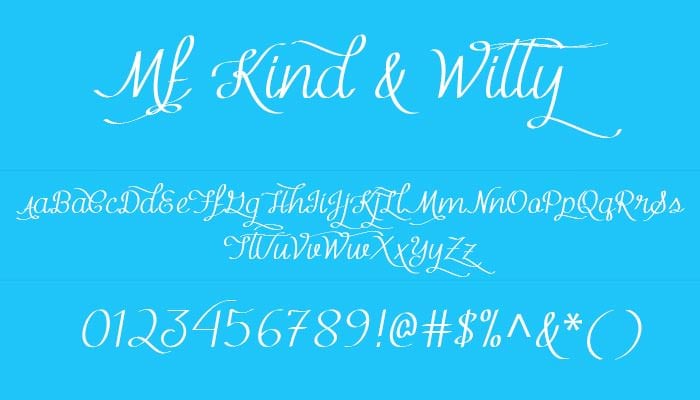 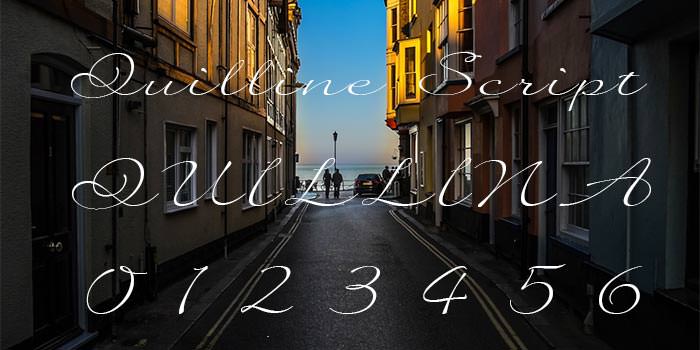 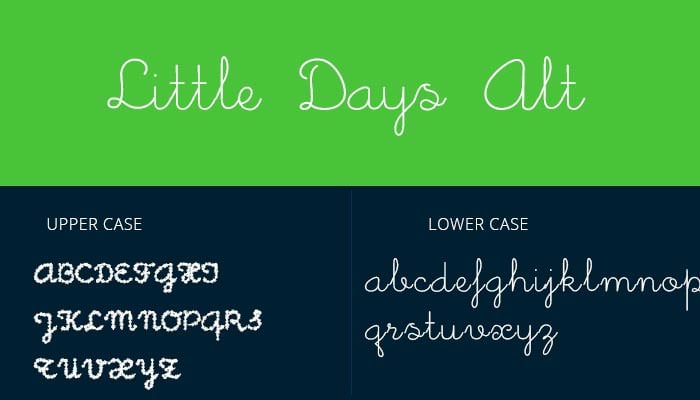 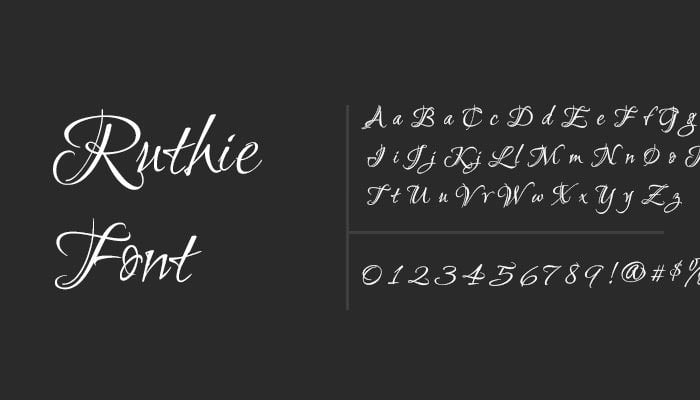 What are Cursive Fonts?

Cursive writing is also known as script writing or joint writing. It was founded in order to speed up the whole writing process in the pre-printing era when a smoother finish was required. Cursive fonts are the conventional alphabets that have been transformed into a looped style such that these can be easily incorporated into the cursive writing. These Hand Drawn Fonts are further diversified according to the complexity of their shapes and loops. For example the school cursive handwriting font is by far the simplest and is used to teach students the basics of cursive writing. 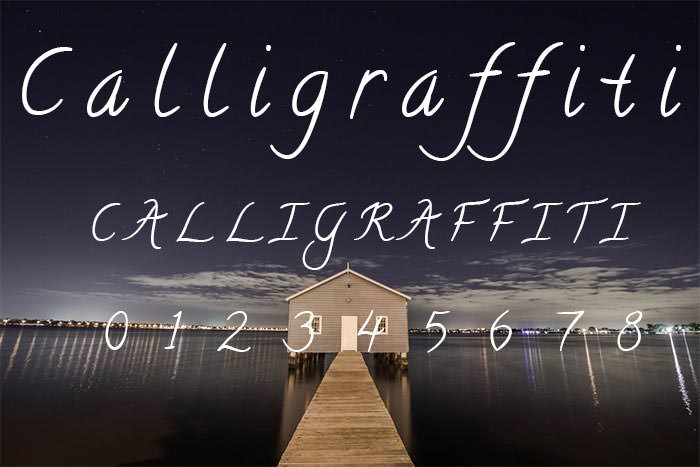 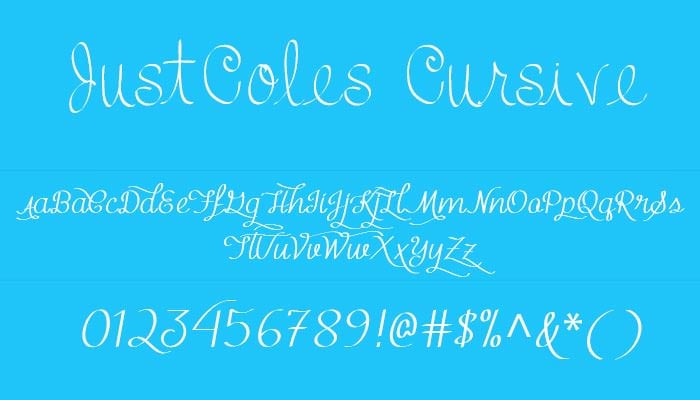 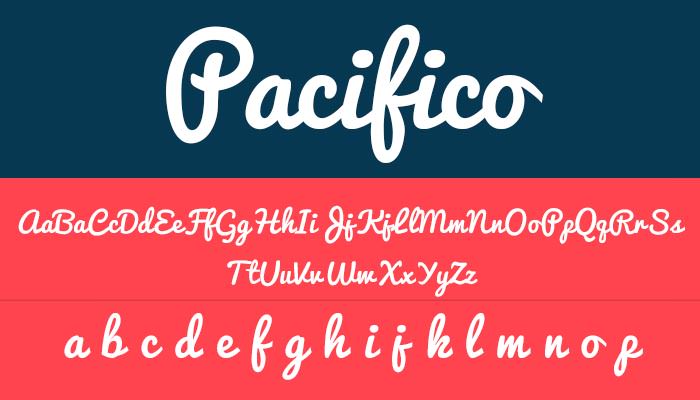 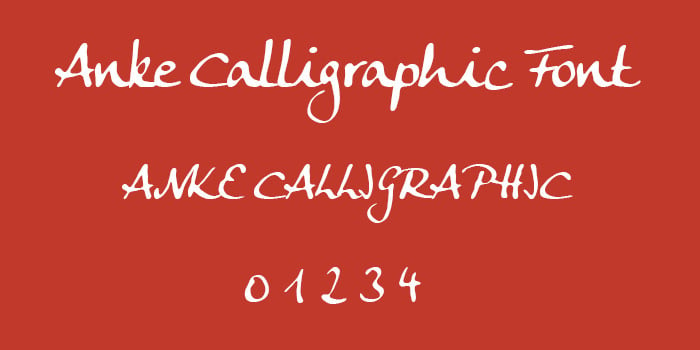 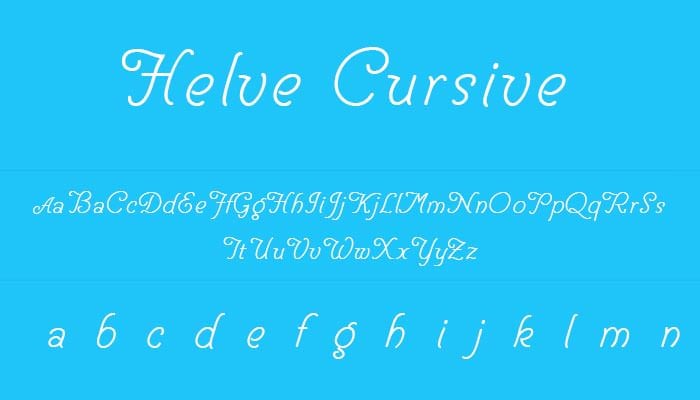 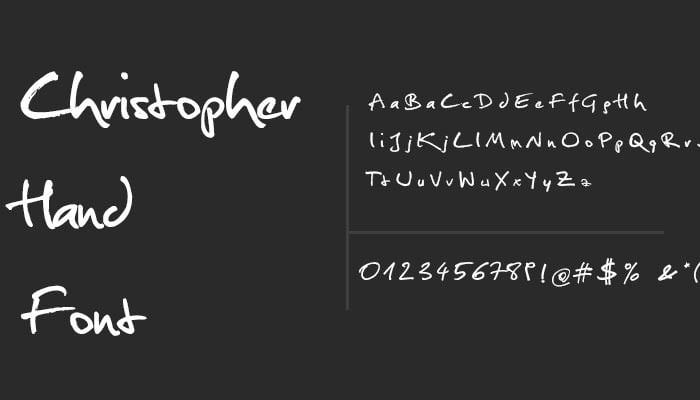 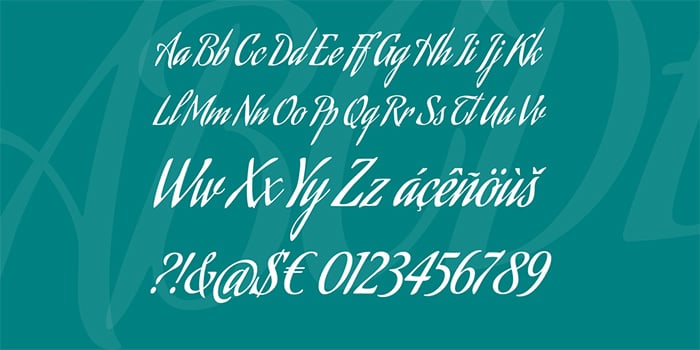 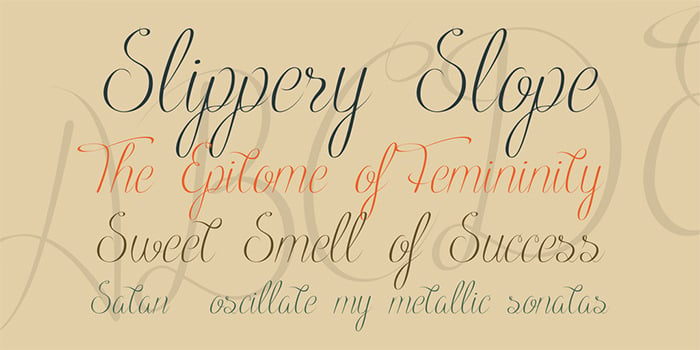 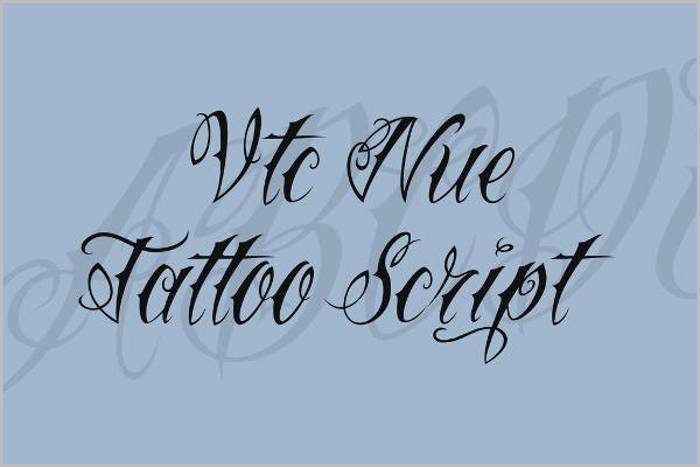 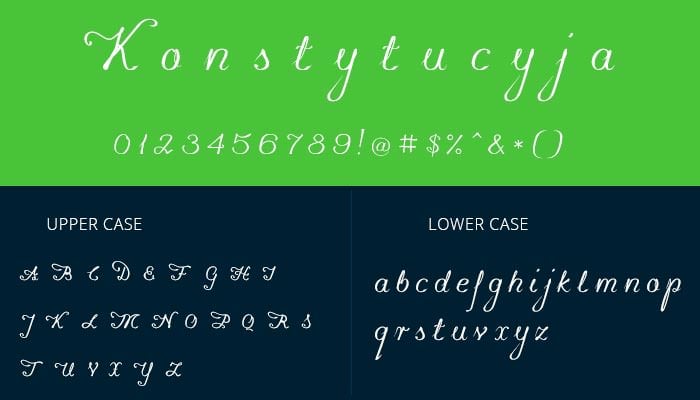 A good number of varsity cursive fonts available online are free of cost and designers can use them comprehensively in their commercial and personal projects. Whereas there is also a collection of cursive fonts which comes at a price, they are the premium quality fonts. Designers need to purchase them at a cost and they’re good to use it for their creative endeavors! You can also see cursive font generator. 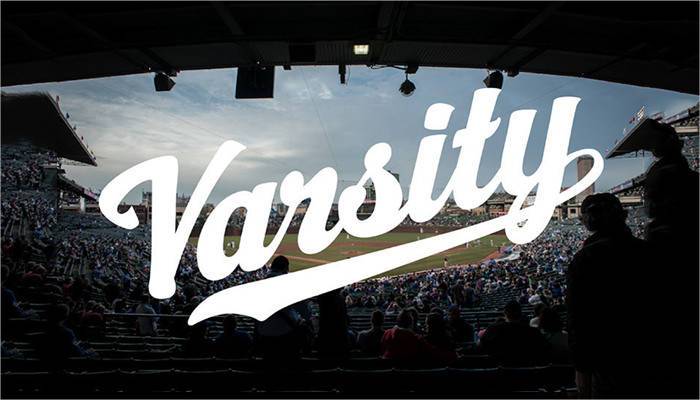 How to Draw Fancy Cursive Fonts?

Then go on to write the alphabets giving more stress on the tough letters. Give special attention to the angle at which you hold the nib as this can alter the design of the fonts. Copy the fonts from various examples and once you are well versed with these, go on to design your own.

What are the Names of the Cursive Fonts?

Varied designs of Pretty Fonts can be found these days. These have been inspired by the various styles of cursive writing that have evolved over the years. The names of some of the popular cursive fonts are

Cursive fonts like Tattoo Letter Fonts with their beautiful loops and shapes are used for a number of reasons. For writing messages in greeting cards For documents that require intricate calligraphic designs For designing banners for marketing needs While creating logos for companies For designing advertisements and publicity brochures for companies

Cursive fonts and Modern Calligraphy Fonts can add charm to the most mundane design or document. However, designing these is not really an easy task. Thanks to the wide range of cursive fonts available online, you can easily download these and use them as and where required.