A lot of things come to mind when we hear the word “multimedia”. It means the use of a variety of artistic or communicative tools, whether that be through videos or graphics. Multimedia projects are done every month to boost content production and make something out of video archives. Multimedia has multiple facets that people enjoy and love at the same time. In venturing into a multimedia project proposal, a proposal has to be written so it would be up for approval. You may also see proposal samples. 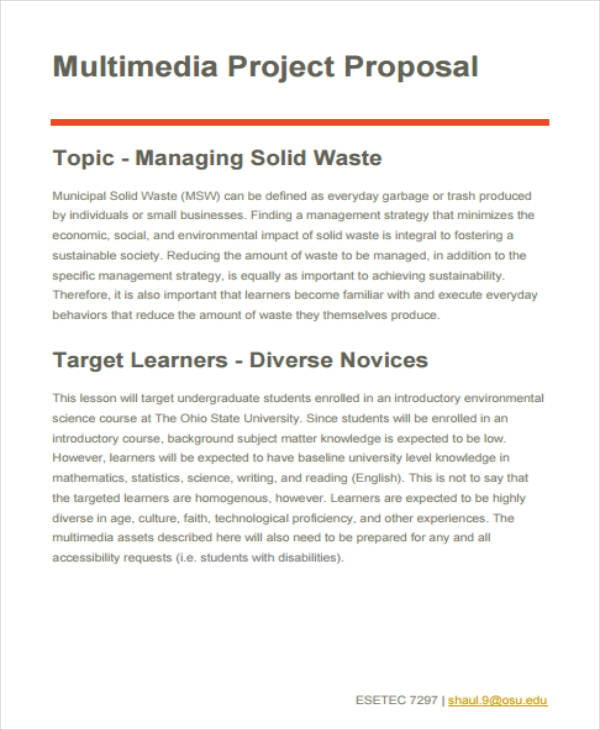 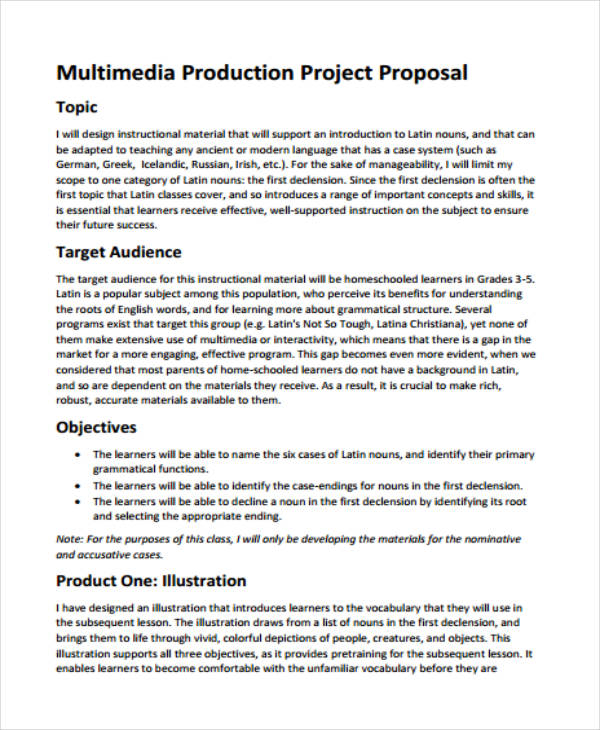 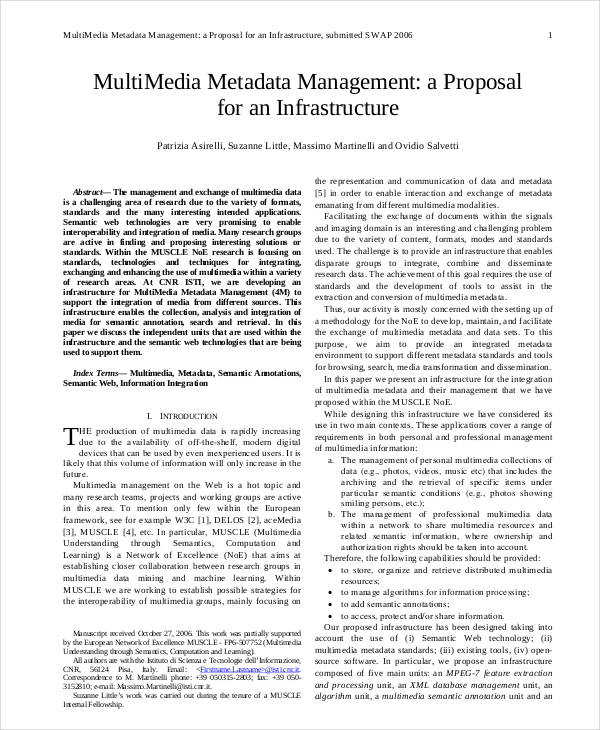 Multimedia is defined as the use of text, audio, and video in one output to create an interactive session that can be watched by many people. The use of visuals along with words, sounds and moving pictures is what makes multimedia unique when it comes to productions. Graphics and drawings are also used to make great output. The good thing about multimedia is it can elicit a wide range of emotions from the viewers. Most of its outputs are computer-generated as well. Multimedia remains to be a strong force in the creative industry since it started booming when the digital age began. You may also see IT Project Proposals.

A wide range of career options is available when you choose to hone your craft in the multimedia industry. You can work in mass media, educational institutions, the gaming industry, and advertising agencies. You just have to be creative and patient enough to make worthy multimedia output for public consumption.You may also see software project proposal templates. 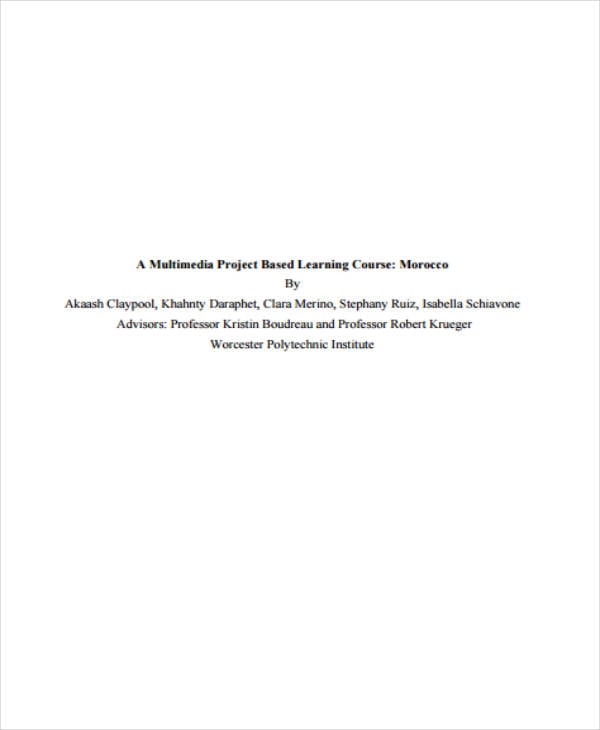 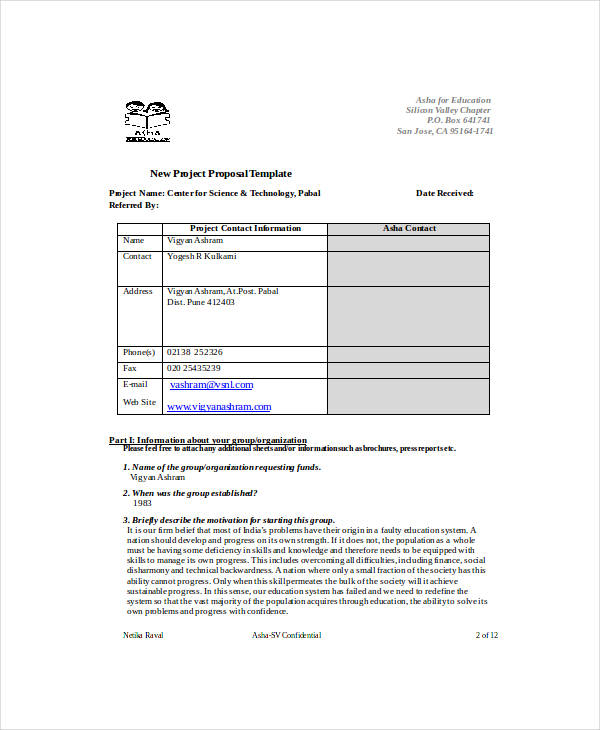 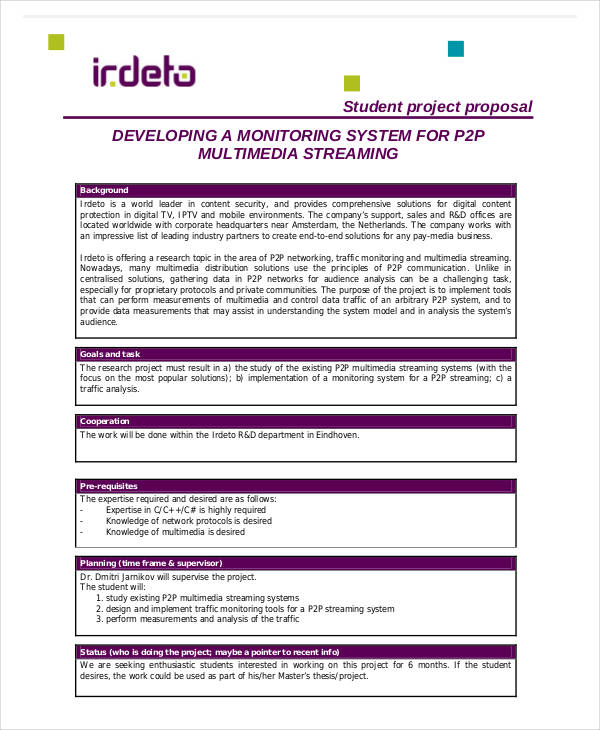 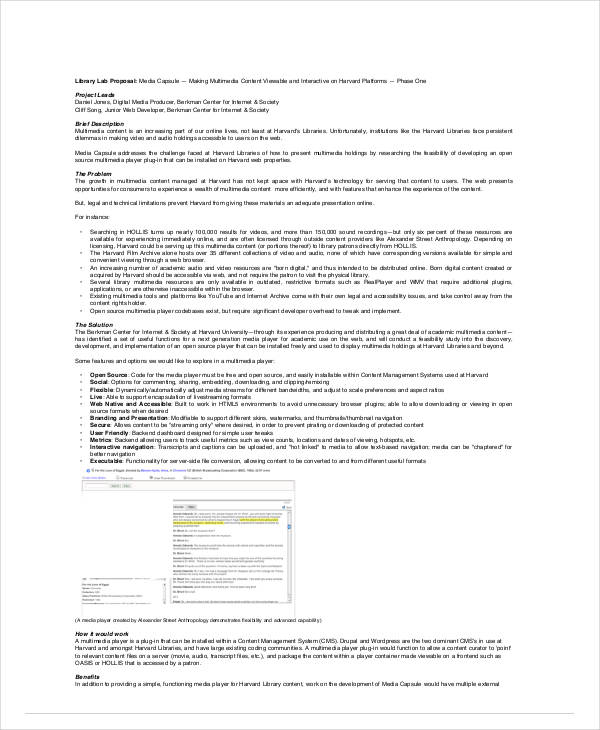 Multimedia projects are being conceived by creatives all year round. Every project is thought and made out of real passion and dedication to the craft. Before their project gets approved by the board of investors, they have to write a proposal that will be heading to the production process. Here are the steps in writing a multimedia project proposal:

1. Give the executive summary

The executive summary of your multimedia project proposal sums up all the key components of the whole project itself. The investors will get to know about your project and have a sneak peek of what it aims to do in the long run. You should also provide a background of the project and why it was conceived in the first place. Investors need to know the reason for coming up with such a project, as every kind of project has a purpose behind it.

2. State the kind of content and the target audience

4. State your responsibilities as the bidder

Let’s say your proposal gets approved. You have to state what you will do for the investors to see if your project is worth their money. As the bidder, you need to present the methods in fulfilling the project. It should be a detailed list as well. You may also see school project proposal templates.

5. Include publicity and evaluation

You need to determine how your content will be promoted and evaluated in the proposal. The promotion of the content is usually done through public relations, media coverage, and social media. With regards to evaluation, you can ask a media evaluation board to evaluate your content.

Make a detailed timeline of how and when the project will be produced. The production schedule should be fair to all the people participating in the production. State where you get your funds for the production to push through. You should also include the path of your project, or where you want to take it to get to the final output. The completion date is stated as well.

In other words, the cash flow is the budget that your team will use to produce the content. The only difference is that the cash flow is a detailed breakdown of the expenses the production team is about to make. Show the investors a payment schedule and how much of it will be spent.

Some additional documents that are needed in the proposal should be included as well. It gives the investors something more to read and more context to the project that you are proposing. You may also see development project proposal samples. 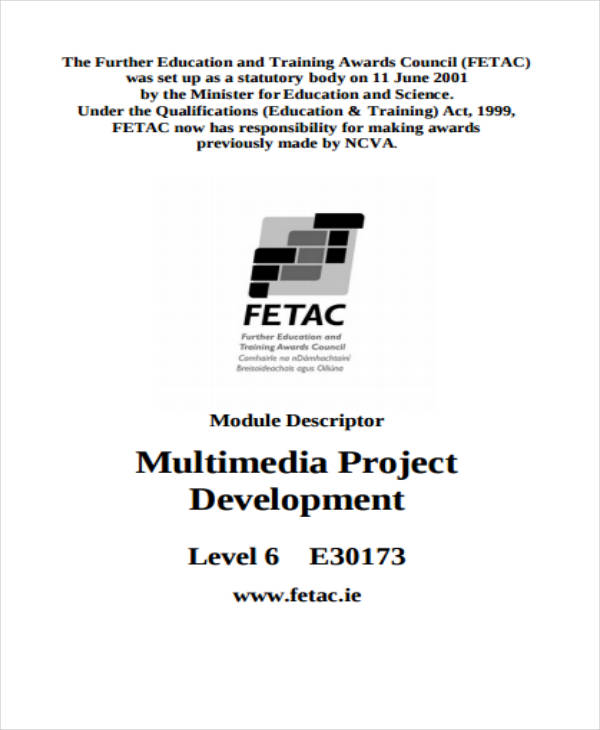 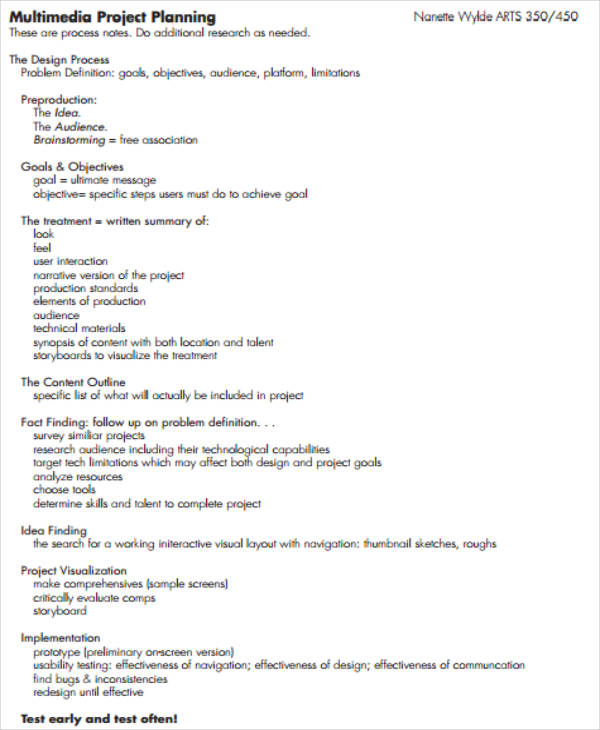 Uses of Multimedia In Today’s World

Multimedia is used in different fields in today’s modern world. It has been everywhere and its strong influence will surely last as the years go by. You may also see final year project proposals.

Here are the different uses of multimedia in several fields:

Website developers use multimedia to make the website interactive and appealing to people. This involves the heavy use of graphics, colors, and text to create a stunning website. Audio and video files are also embedded in the site for it to become more interactive and for the site to gain more traffic.

So far, this is the clearest and most common use of multimedia that we see every day. Media contains every single thing that can change and influence our decisions. In print media, graphics are used to present information about the latest issues and trends. The same thing is done on television, but the graphics move so there will be a smooth transition. The audio and video files are then incorporated to make a video output that can stir the emotions of millions. Magazines also use multimedia with their graphics for the print and online version. You may also see NGO project proposals.

Multimedia is not just suited for the entertainment and mass media industry. It can also be used for educational purposes. Some students are visual learners. With visual learning, students can learn just by seeing things and remembering them for a long period of time. Teachers have to know how to combine audio and video elements to make learning more interactive and personal. You may also see education project proposals.

Multimedia projects are a product of passion, hard work, and dedication. It just takes a good proposal to make the investors say yes and for the production to take off with a bang. You may also see construction project proposals.