With the Eagles winning Super Bowl in NFL, the World Cup in Russia coming up in five months and the Japan Olympics in two years’ time, Sports fans around the world still have a lot to look forward to, having their calendar filled, TV at the ready for those who cannot see the games and players live and banners supporting their players for those who are fortunate enough to see their team play. Ah, life is good or sports fans. Especially when they are given the opportunity to share their nationalistic pride for world games where their national team has qualified. You may also see sign up sheet templates.

Sports fans have always been there, through thick and thin for their national teams, their favorite club and players, through the highs and lows, the ups and downs, and this has always been the case throughout history, shaping cultures, to the point of making a specific sport the likes of European Football (soccer) and American Football a religion with large followings. Sporting events have well and truly established some of the most important roles played in both local and international communities, since the ancient Olympic Games began, thousands of years ago in Greece. You may also see softball score sheet templates. 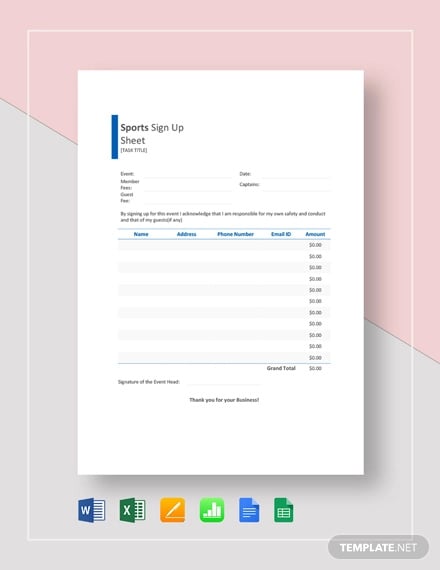 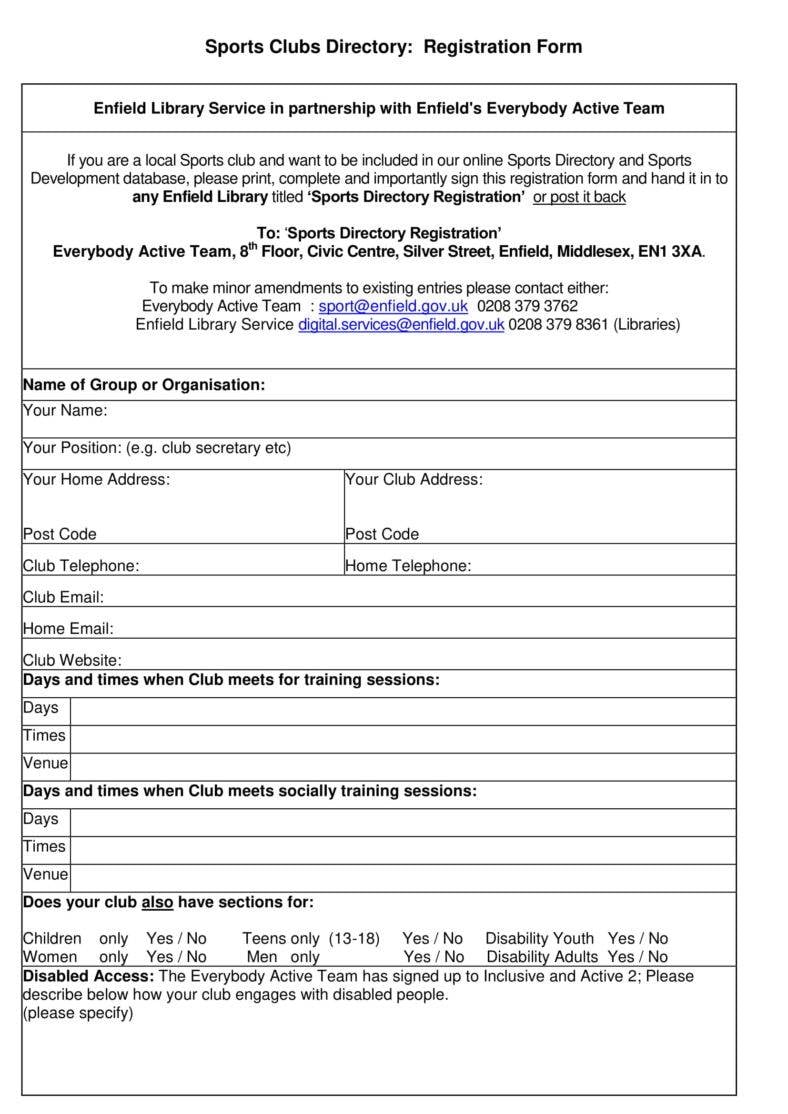 In the year 776 BC, Koroibos, a cook from Olympia’s neighboring city of Elis won a 600 feet long foot race and history suggests that the stadion race was the only athletic game played for what would be known as the first 13 Olympic festivals. For almost twelve centuries, the Games were only held in Olympia every four years, even though there have been both some literary and archaeological evidence suggests that the Olympics may have begun earlier than recorded and may even date as far back as the 10th or 9th Century.

Today, thanks to giant television networking companies subscriptions like ESPN, Sky Sports, BBC and the advent of both the internet and television itself, contests showcasing physical strength and skills in both schools have reached new heights in popularity as parents want to ensure their kids maintain both mental and physical health by participating in sports activities. People have also taken some serious and newfound interest in living a long, active and healthy lifestyle, making sports a sound investment for many people in a business. It becomes more and more evident that sports, for all its defining moments in history have never flourished so much as the present, playing such a dominant role in many aspects of people’s lives. You may also see scoreboard templates.

Even when some people don’t play any kind of sport, even when they don’t have physical involvement in it,  they are still able to channel their enthusiasm through other means, like playing video games or in when you buy Xbox for your FIFA fantasy leagues. And then there’s the league you watch at least one or twice a week on TV, trying to keep up with where your favorite club stands. We also become staunch defenders of our favorite players, and our personal biases affect our judgment of their skills. For some, there’s no better player like Lionel Messi and another will argue that Cristiano Ronaldo holds that crown. The Patriots rule NFL but your friend says that’s not true because the Eagles have just been crowned champions, didn’t they? The celebrity status of the world’s best athletes in the most popular sports speaks volumes to how much value we give to sporting events, that’s why people also try to do it when they can, listing their names on the list for local league or sports team in school’s sports sign up sheet, in the hopes of executing some moves worthy of Stephen Curry in basketball. you may also see basketball score sheet templates. 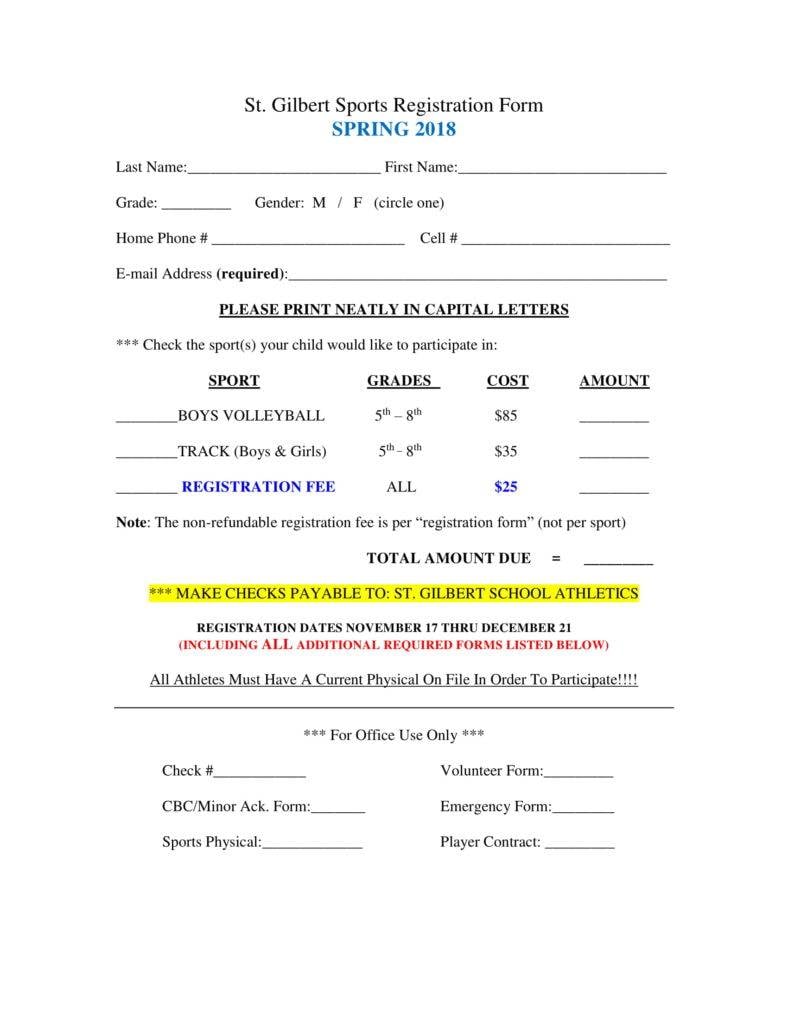 Irrespective of someone being a professional or just doing it for the fun of signing up for a sports event, athletic activities will always have a massive political, cultural and economic impact in society. It is a great escape from the realities of a nine-to-five life, the stress we have over what’s happening in the news and it is also a very good avenue into finding a common ground among fellow countrymen or people living in the same town supporting their local club. Japan, for example, will be the host for the 2020 Olympics, and despite the pressure, their government and its people are doing their best to make all the necessary preparations and be the organized host, that they are expected to be. It would also be a good opportunity for the countries like Japan and Russia, which is the host of this year’s Fifa World Cup, to boost tourism and also increase revenue. In short, if handled well, it will prove to generate positive results for their respective economies. You may also see bowling score sheet templates. 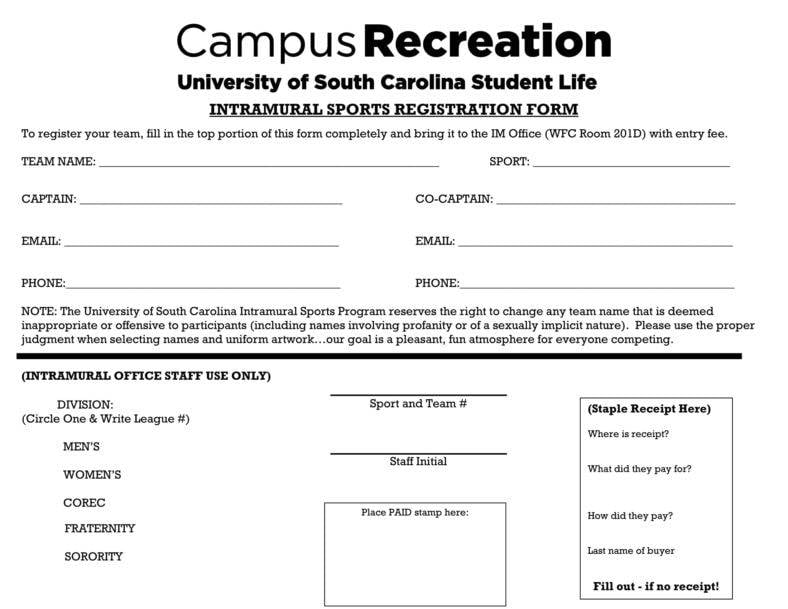 In the United States, Sports is an essential aspect of the American society. It continues to be indispensable for having an astounding impact at the center of public influence, in economics and the mass media. Local clubs have a good relationship with their fans as sports corresponds with the core values of a community and even in politics when it tries to shape the morals by which sports personalities will be identified with, at the same time defining society as a whole. We often witness on television scores of unwavering fans flocking by the thousands, as they, perhaps more than any other group in their beloved teams identify with the values set forth by the sorts they follow, and even more so when they follow a certain player or club. Sports, in a sense, give people, the fans, if you will, security and reaffirmation when having their dreams fulfilled every time their club, country or player lift a trophy, and it has the power to give people hope and a sense of triumph at times of turmoil, like The Miracle on Ice when tensions were rising in the Cold War, and also in the 1995 Rugby World Cup in South Africa when a challenged Nelson Mandela encourage the national team to a very memorable victory, healing some decades’ worth of wounds from the country’s Apartheid. You may also like scoresheet templates. 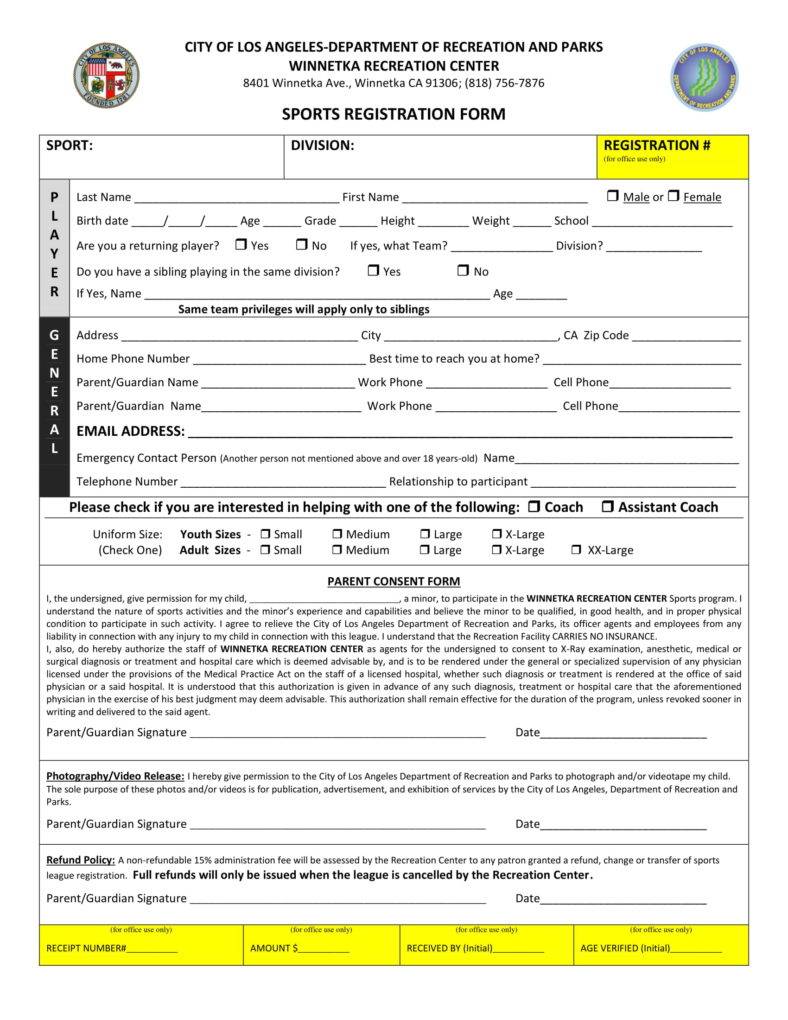 Yes, sports have produced quite a number of the most defining and dramatic moments in history because it offers people with different views, from different parts of a country or town, to show a strong, united support. During EUFA Euros 2016, almost 20% of people from Iceland went to France to support their national team and throughout their Euros campaign, they had the best support out singing and out clapping other fans from bigger countries with big-name players. Their famous Viking Clap alone demanded silence in a stadium whenever the team scored and even when they lost. In 2014, FIFA reported a whopping 200,000 World Cup tickets sold to U.S residents and the U.S. match vs Portugal became one of the most watched soccer games in American history with about 24.7 million viewers. It goes to show that International events in sports serve as a good chance around which to rally and show national pride and unity. You may also like sheet templates. 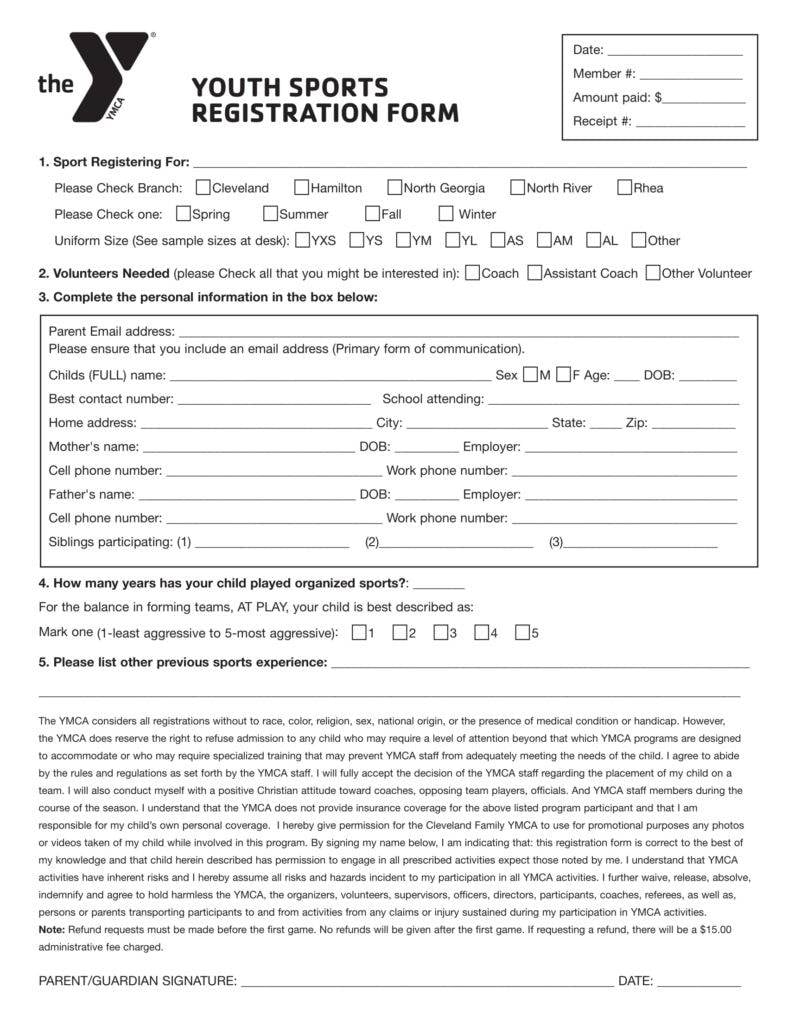 The most loyal of fans are often season-ticket holders, and stadiums full of fans provide a great backdrop to honor true heroes. This is also why stadiums around the world, give supporters a sense of nostalgia of having watched players come and go, win and lose, fight and surrender.No another place will ever make them feel the same. Along with national pride is perhaps a local pride with unwavering lifelong fans with stories to tell each other about their shared journey of following their local club or team through the years. There is a certain togetherness, a sense of camaraderie in the stands of otherwise total strangers that can be achieved simply by virtue of living in the same city and rooting for the same team. Manchester City won the English Premier League with their striker scoring in extra time, after 44 years of drought, to the horror of rival fans in another stadium believing they go the trophy in the bag. Soccer experts say it was arguably the most dramatic ending and the greatest moment in English Premier League history. You may also like sample sheet templates. 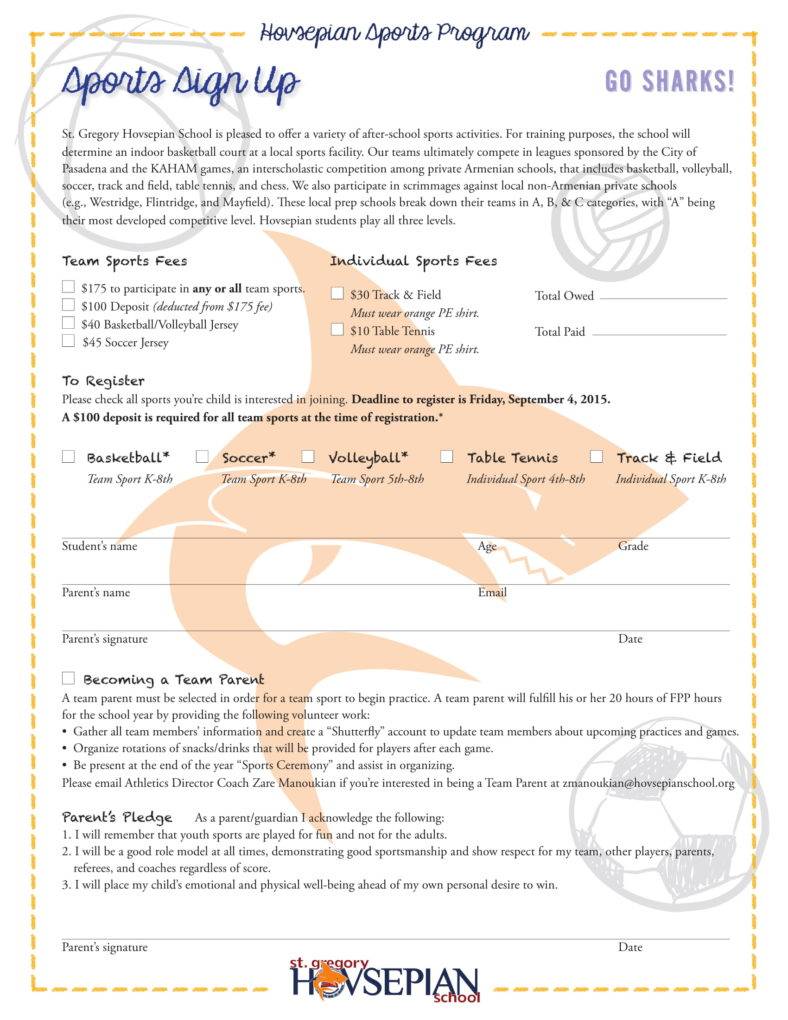 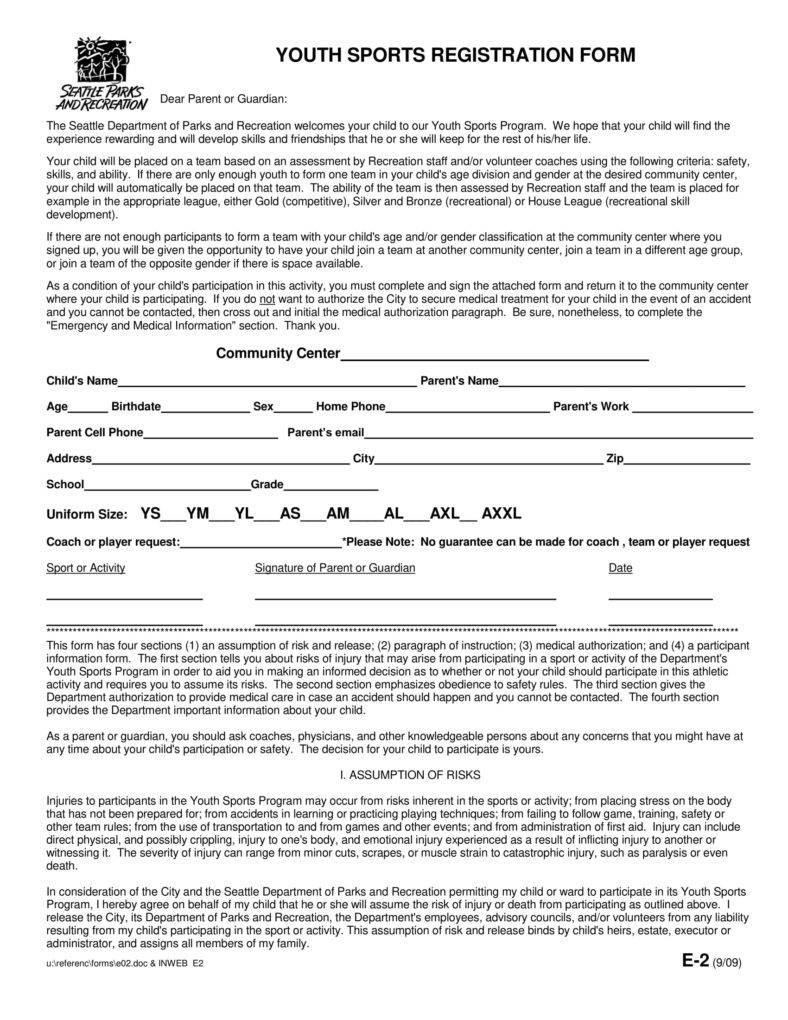 It might sound a tad hokey, but more than the many other advantages that sports in general provide, one of the best things about it is the pure, incomparable joy that comes for everyone involved, from the players to the coaches, and especially the fans. Even for those who aren’t prose and have their names in the list of sign up sheets for a company sports competition or in school, sports can take you to the highs and lows and back again, real fast, you won’t even have time to realize it. You may also see bid sheet template.

You will see grown men cry in their team’s triumphs and defeats, become staunch defenders of every player they support, unwilling to back down in any argument that says someone else is better than their heroes. It should be like that, igniting passion, in the good times and the bad. You may also see sample call sheet template.

Because Sports is emotional. Because no matter which team you support, which country you are from, whichever player is your favorite, in any game, sports should be emotional. Because, if you’re a fan, believe it or not, this is what you have signed up for. You may also like grade sheet templates.