A kick-off agenda is used to list down all the details that will happen during an event and the items that are needed to be fulfilled to assure the smooth flow of the program execution. Kick-off agendas may be used in small company events, and it may also be of help in planning big gatherings like conventions and nationwide product launches. There are many meeting agenda tips that you may follow in creating a comprehensive and effective kick-off agenda.

This post is a collection of kick-off agenda templates that you may use as references to start the planning processes of the program that you would like to materialize. Other than our downloadable samples of this specific kind of agenda, we can also provide you with samples of agenda for executive retreat itinerary templates from our archives. 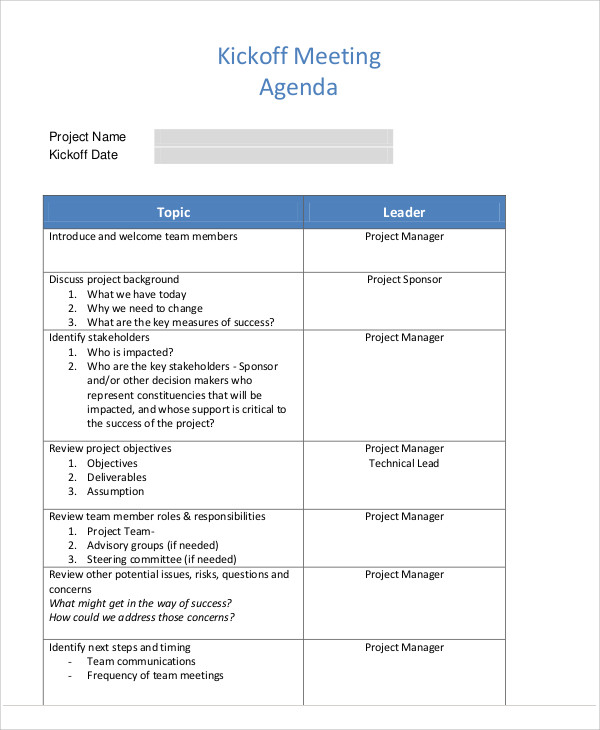 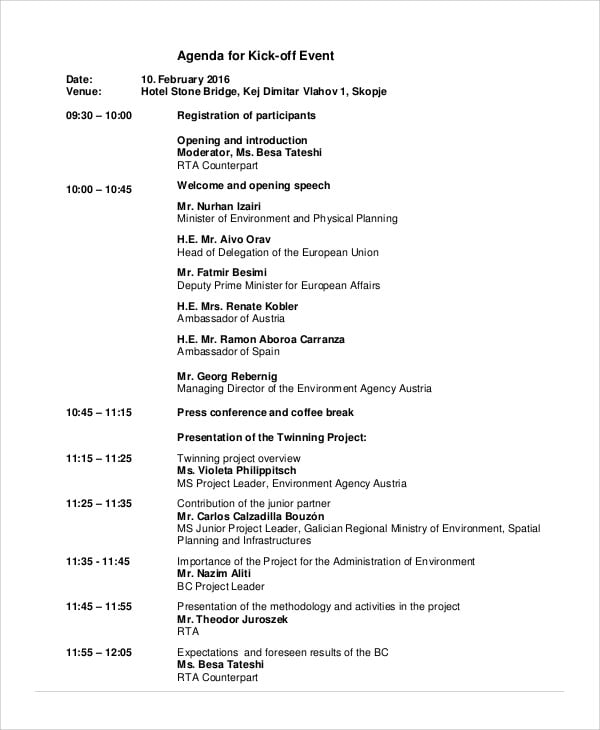 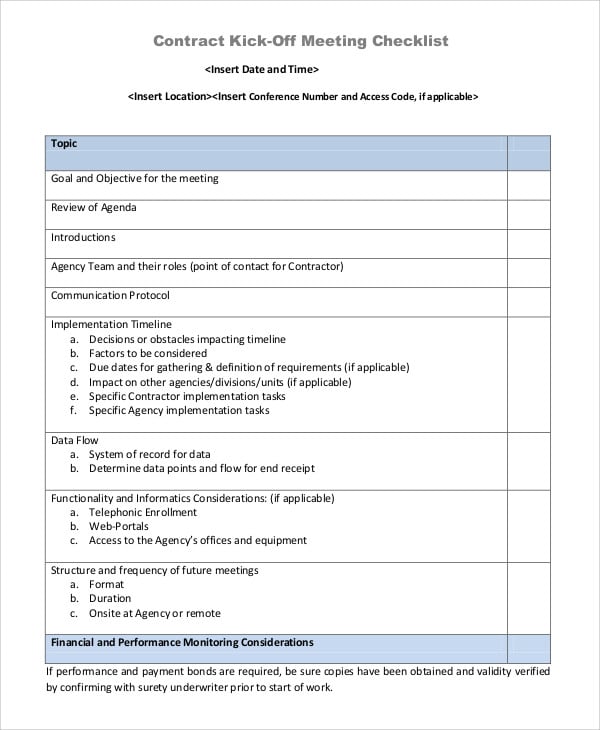 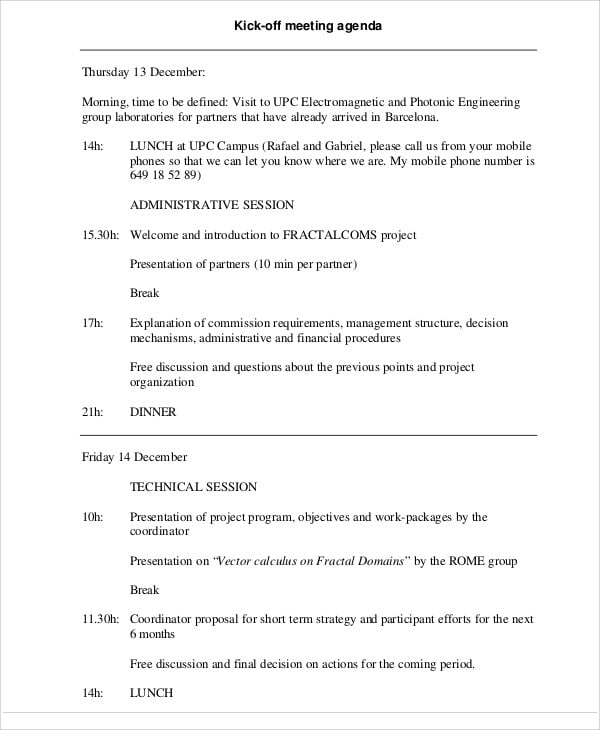 A kick-off agenda is characterized by the following items: 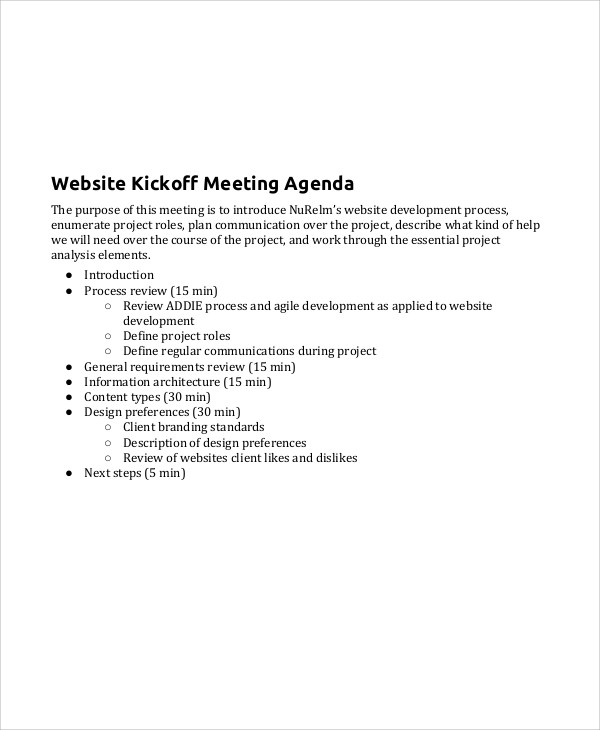 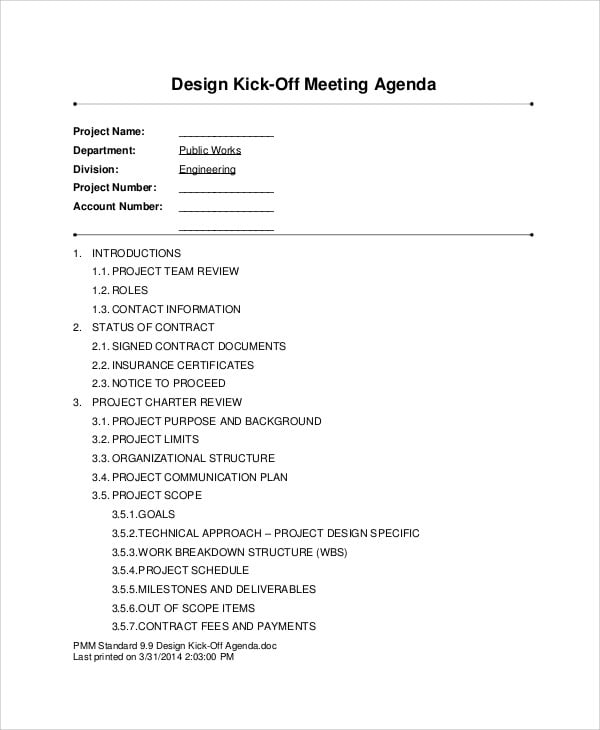 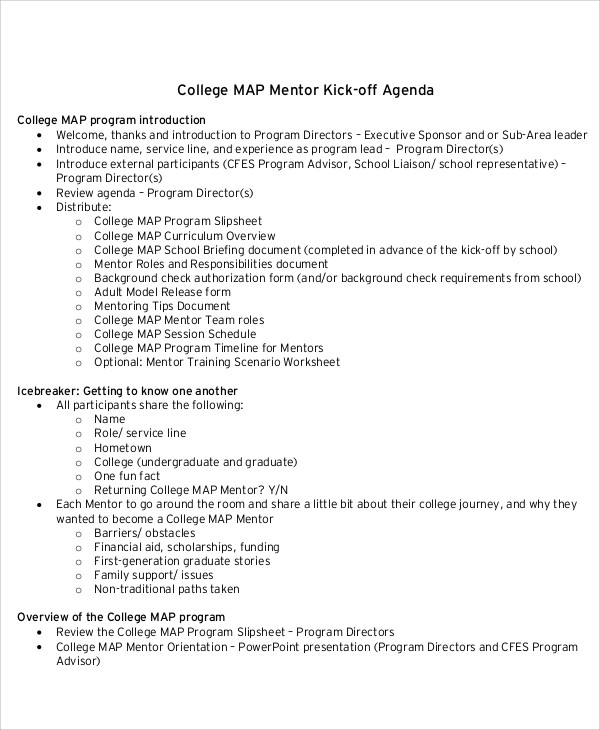 How Is a Kick-off Agenda Useful?

A kick-off agenda is useful for the following reasons:

If you think that you are already aware and knowledgeable of the creation and usage of a kick-off agenda template, you may want to learn more about the usage of meeting agenda templates for additional information regarding the mentioned specific agenda template sample.