Some days people just want to escape the world with songs on their playlists. Or by playing the guitar on an otherwise ordinary day with friends. Or even when you are doing the same mundane things on a Monday morning. Whatever it is, music is undeniably part of your daily life and for good reason. You may also see program templates.

Over the years, it has evolved, as well as how people create it with the instrument of their choice. Some people have gone on to become acclaimed guitar-players, others have explored classical music with the use of violins, piano, cello, and other instruments that the rest of us mere mortals wouldn’t know how to play. Still, others who have more than enough skill, talent and sometimes, looks to go with it, are in the music entertainment industry, writing songs and performing for a multitude of fans that worship the ground they walk on. You may also see program outline templates. 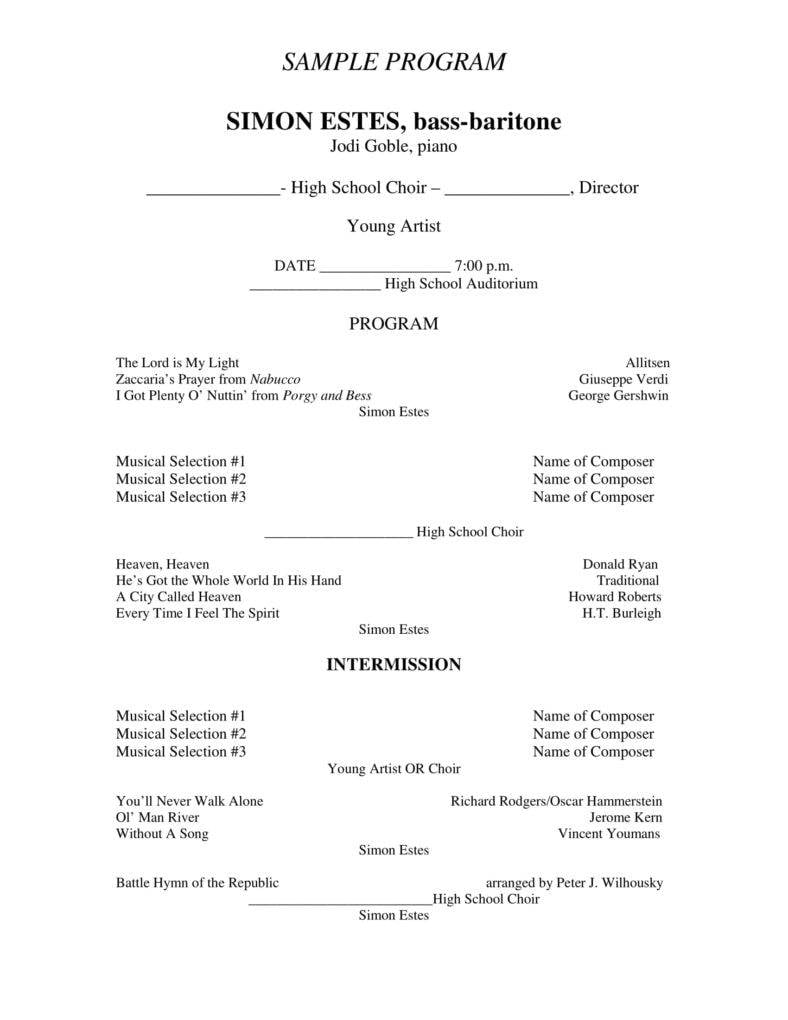 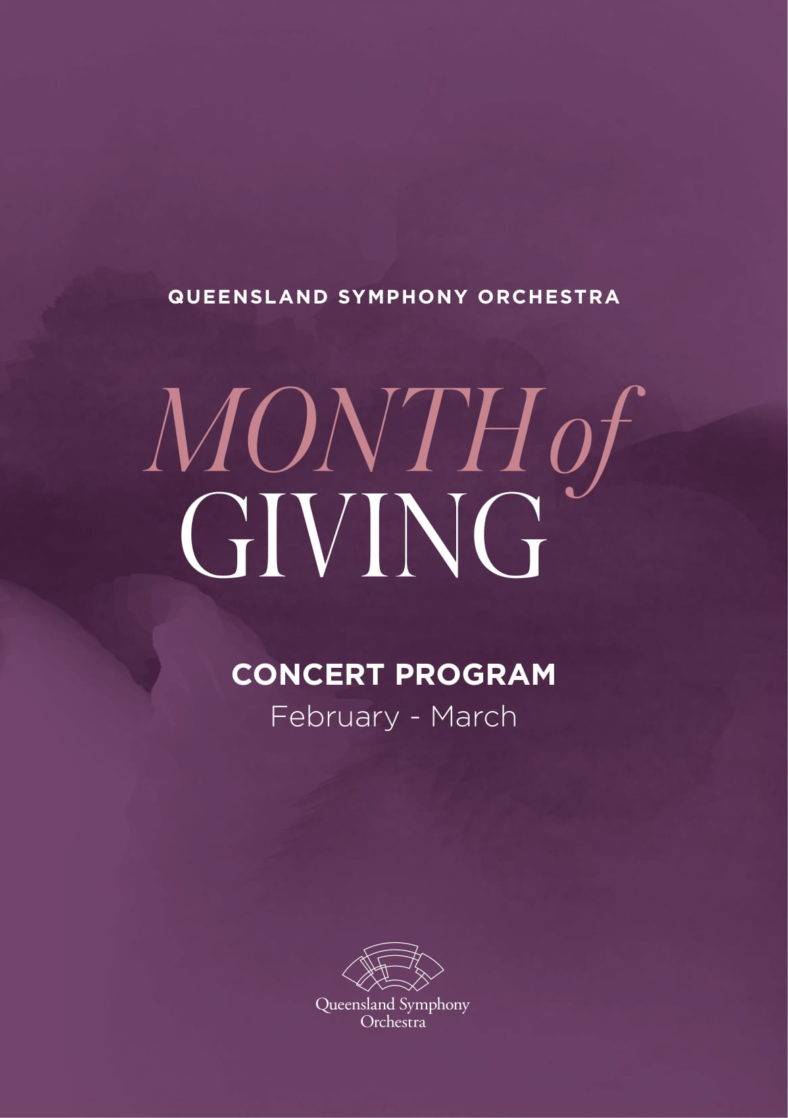 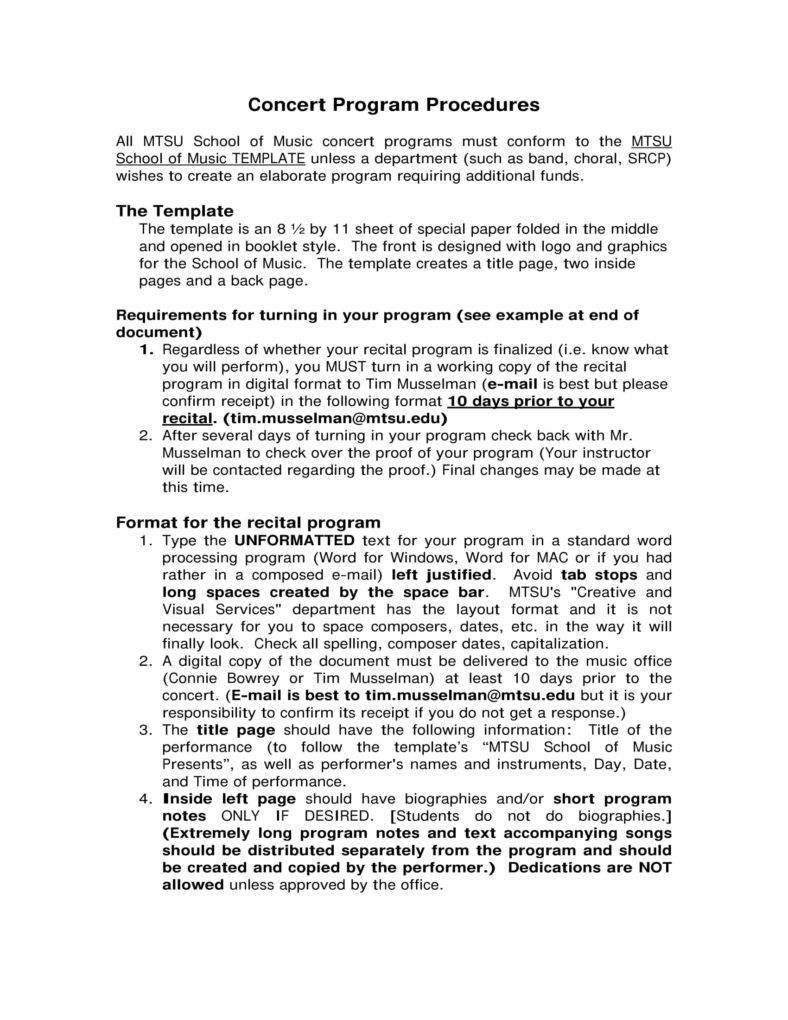 The 60 gives us quite some of the most iconic music personalities in the world, what with the youth and their late 60’s counterculture to boot, shouting for their favorite artists to lead movement after radical, rebellious, no-holds-barred movement. You must have heard your father gush about Nobel laureate Bob Dylan and his “Blowin In the Wind” song, or your mother’s hero worship of the Beatles and how they have to lead the world to rock n’ roll with concerts selling out wherever they choose to perform. You may also see simple program outline templates.

Today you probably dream of seeing Ed Sheeran performing life onstage with his guitar, complete with swoon-worthy serenades and his British accent to make it perfect, no pun intended. Or maybe John Mayer, if you want something close enough to blues and pop rhythm combined. You may also see program schedule templates.

When the idea is to have an event that’s gonna get you in the good side of an audience or a crowd, you’ll rarely go wrong with music. It’s a surefire crowd pleaser and that’s something that practically everybody can agree on, because it’s what sets people in the mood, especially at parties. And especially if the focus of your event is music anyway, thereby warranting a concert program that’s carefully planned. You may also see birthday program templates.

The music spans cultures, bridges gaps between ages and tastes, and it offers so much more. It’s so diverse that if you’ve got a crowd or you hope to attract people big enough to be one, music is pretty much a sure bet, and one of the best way to give you that. It will give you a lot of options in terms of the size of your event, the theme or style, and even your simple budget if you know how to plan it well.

That’s not to say that it is the easiest program or event to organize, because it most definitely isn’t. A concert can come with quite a lot of elements to work with and a list of endless possibilities to get you planning ahead. If you do your homework, with a little research, attention to detail, you might just really pull it off, even if it’s your first time putting together something like this. You may also see wedding programs.

You’d probably be thinking of bigger concerns, especially budget and how you can get musicians to agree in showing up and performing for a crowd. Those are the obvious concerns but there are still other factors to consider that people often underestimate. Things like these can take time to get it right. Whether you’re thinking of throwing a concert for charity, helping a musician friend score more gigs by giving him a crowd, or having a night of high school bands together in one concert, you’ll realize that hosting a concert or any music event can turn complicated.

2. There Will Be Challenges

Just like any type of event, when organizing a concert program, the actual music that would be played is often the simplest part of the planning process. You may have to go through the promotion of the event, equipment rental for the system you have to use and searching for the right venue, all of which are in no way easy to accomplish. You may encounter conflicts in schedule, being pressed for time and resources, even when you’re already deep enough into your well-laid plans.

In some cases, you have no choice but to move dates and make necessary adjustments to accommodate the program’s needs. Then you will have to advertise and promote all over again. Concerts need permits so you may also experience a different challenge in this and have to start navigating what your locality’s regulations are. You may also see wedding program templates. 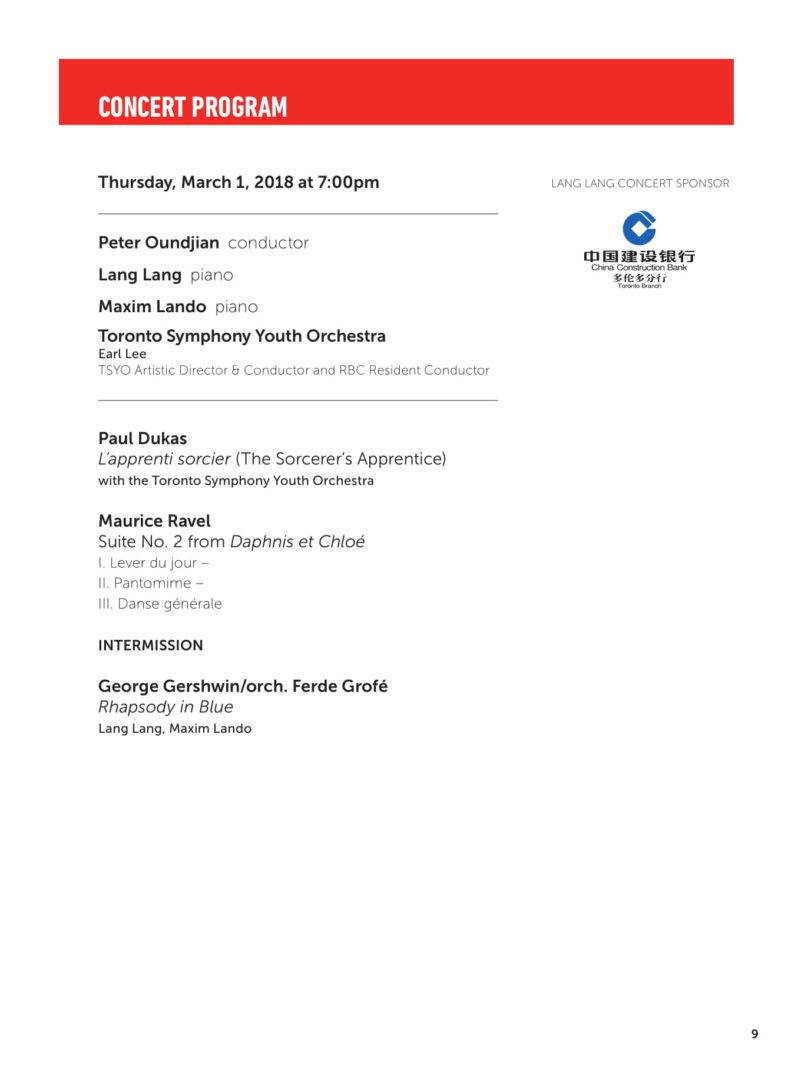 This is why it’s important to get all the time that you need, enough for you to think and carry this out. Hurrying will not help your case. For a casual and small event at home, you can allow a few weeks into the date, for planning, but for programs that are larger, you would have to dedicate months of preparation because it’s not easy to get everything right and according to plan. You may also see free concert program templates.

So you want to fly in Coldplay for a show. Don’t we all want something of the same when trying to organize a concert? The thing is, not all of us can afford a record company’s budget of hiring major musicians to grace our stage with even just their current hit single. If Grammy winners are out of your budget’s reach, it’s time to think about more realistic options, like the local act that would more than get a crowd going. Also, getting big artists in for a show require travel costs most of the time, and that’s not something you can look forward to, if you’re a beginner in concert programs. You may also see obituary program templates.

Travel costs includes a night’s board and lodging. Imagine how hefty the price tag would be, on top of talent fee. It will cost you probable a hundred times less, if you book local performers that may not be world-famous but can perform just as good. You may also see funeral program templates for a friend.

If there’s a band out of town you have though about, it would be worth it to find out if they have upcoming gig schedule and check if you can book them for your show in the time frame that they would be available to perform in town, sans transportation and other fees since that’s already covered. Who knows, this might just work so well both ways. You may also see free wedding program templates.

Just because you’re able to book the latest great country act in Texas and selling their tickets, doesn’t mean people are going to buy them and you’re going to have a sellout crowd. This is something you should remember: A band that had shows sold out in the nearby towns doesn’t mean they are going to have the same popularity in your area. For all you know, half your town haven’t heard of them before. You may also see vintage wedding program templates.

To pull off a successful show, knowledge of your audience is a must. Target your crowd well because you’re gonna have to use that knowledge for this. You have to know who’s popular in your area and how many followers a certain band you have in mind, has. A little research about past gigs and shows would help you get an idea to find out which acts have had sold out shows and which ones didn’t so that you know which ones to avoid a booking. You may also see sample wedding program templates.

If you’re set on a concert event, you want it to be a sell out because that’s the point and that’s what you’re selling concert tickets for, which means you want it to be full and if you can’t do that, you want it at least to look full, because just like a half empty sports stadium, a half empty concert venue would be enough to discourage everyone from the performers, to the audience and you, the organizer. But if you’re relatively new to hosting any event. or if you have decided to trust an act that doesn’t have a following large enough to fill even a modest venue, selling tickets can be difficult. But there’s a way. You may also see wedding program samples.

You can book a smaller venue so that it can appear to look full, your tickets will be sold out, everybody would be in a good mood. Starting small would allow you to set your sights on greater things next time. Smaller to bigger concerts would be one of them. You may also see sample funeral program templates. 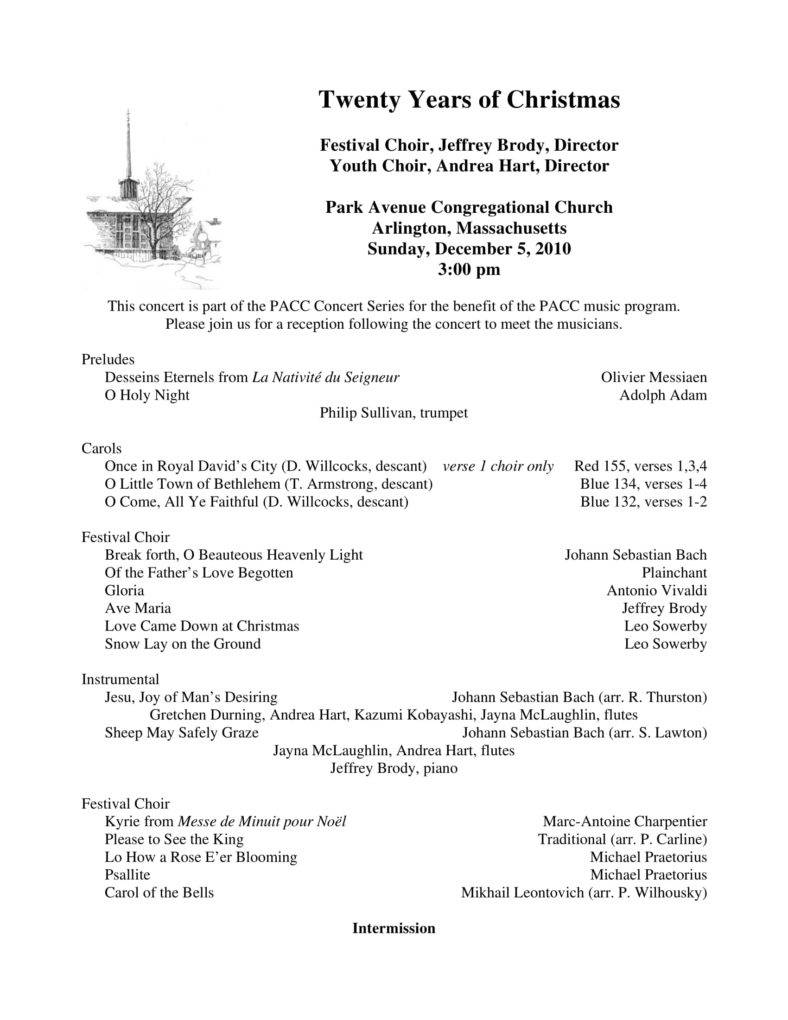 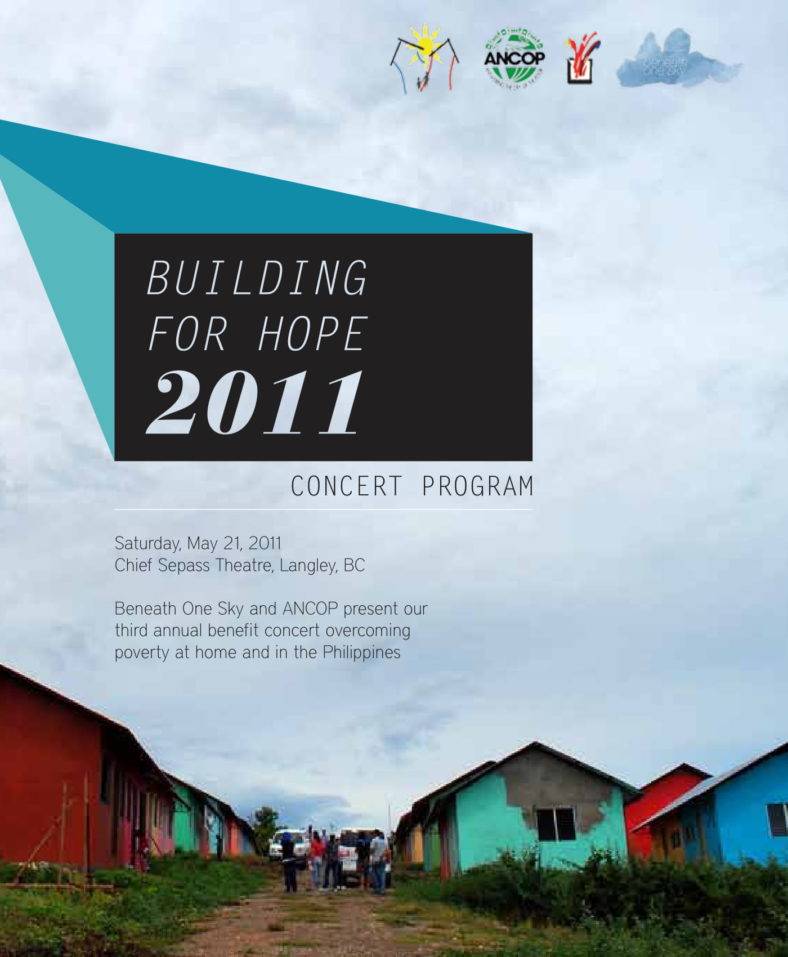 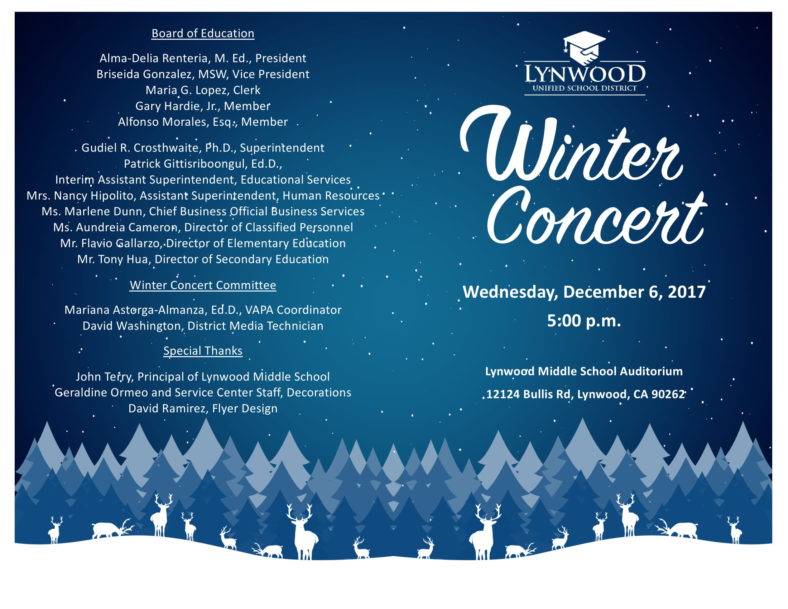 Whoever the next big thing in the music industry is, whoever is still worthy of a crowd and loyal fans wanting to hear and see them sing on music festivals or just a plain live performance, concerts help make it possible for people to see them, sing with them amidst wild and free summer days or nights. And you can be sure there’s always bound to be another one happening next to your hometown or the nearest city after the one you have seen this month. You may also see wedding party program templates.

Even for performers who doesn’t have the kind of popularity that the biggest names in music have, successful concert programs are possible, when you know how to plan them right. You may also see free funeral program templates.