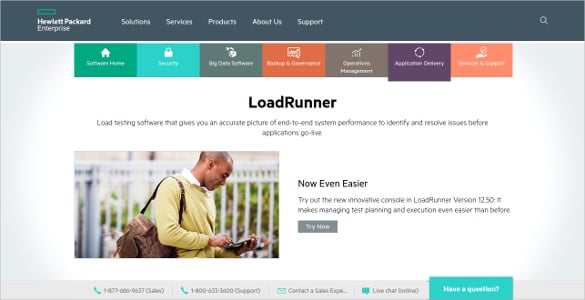 HP LoadRunner load testing tool has everything which you are looking for. It has got the software which can help you to test the performance of diverse application types. It is extremely easy to use and affordable. It is used by more than 10,000 customers across the globe. It has also got end-to-end system performance which identifies and resolve the application issues before it goes live. It has got good consoles which make the management test planning easier. 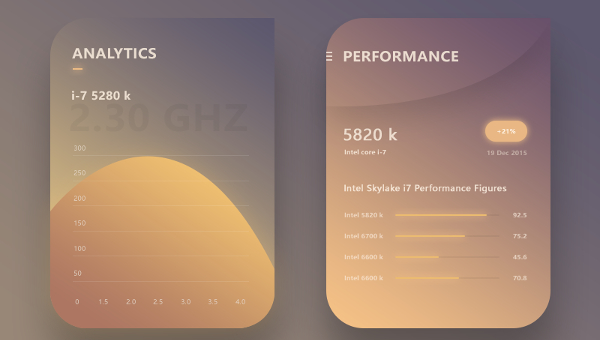 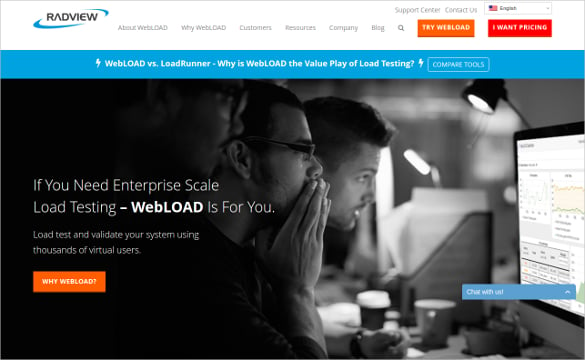 WebLOAD handles the systems and integration using IDE or Javascript libraries, Selenium or the other tools. It generates massive load on the cloud. It has got AWS and the other cloud providers. It has got an integration with the APM tools allows correlating test results. It has got a transparent licensing and escalating maintenance costs. It can cut your maintenance cost and double virtual licence. You can download it for free. 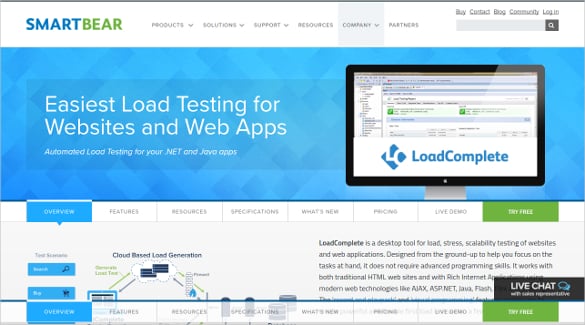 The loadcomplete testing tool is an easy load testing tool for .Net and JAVA apps. It is the desktop tool for load, stress, testing of website and web application.it designed in such a way that it lets you focus on the task and it also does not require an advanced knowledge of programming. It works with HTML web sites as well as a modern web like AJAX, ASP.NET, JAVA, flash, flex and Silverlight. It allows you to create a powerful and flexible test. It has also got features like ‘record and playback’ and ‘visual programming’ which allows creating first load test with an ease.

The Apache JMeter application is an open source software. It is pure Java application design to load and test functional behaviour and measure the performance. It was originally designed for testing Web Applications but now it has expanded to other test functions as well. It can be used to test performance on static and dynamic resources. It can be used to simulate a heavy load on a server, group of servers, network or object to test its strength or to analyse overall performance under different load types. It can make the graphical analysis of performance and test your server. It has features like Ability to load and performance test many different server/protocol types, full multithreading framework, GUI design allows faster Test Plan building and debugging. 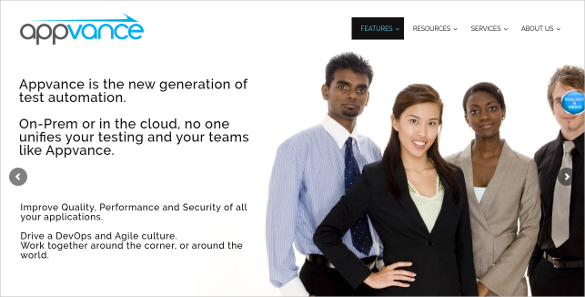 NeoLoad is fast, realistic and powerful. It simulates user activity and monitors infrastructure behaviour. It eliminates bottlenecks in the web and mobile applications. It uses the scriptless GUI . It allows designing tests which are 5-10x faster. It also maintains the scripts as 10% of the original design time. It supports WebSocket, HTTP/2, GWT, HTML5, adaptive bitrate streaming and other technologies. It provides full performance testing tool box for web and mobile apps so. 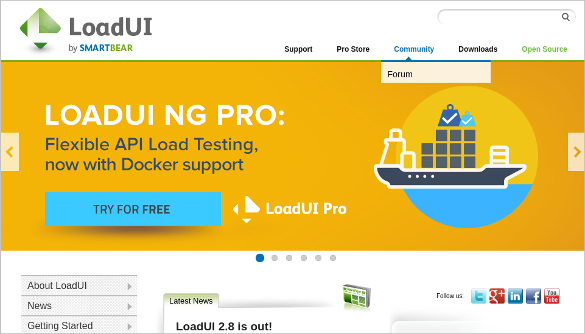 LoadUI is an API load testing solution. It has got a visual drag-and-drop interface. It lets to create, configure and redistribute load tests in real-time. It also supports all the standard protocols like REST, SOAP/WSDL, AMF, JDBC, POX to HTTP(S) and HTML. It provides test coverage which includes Web Load Testing, Automated Testing, Stress Testing, and much more. 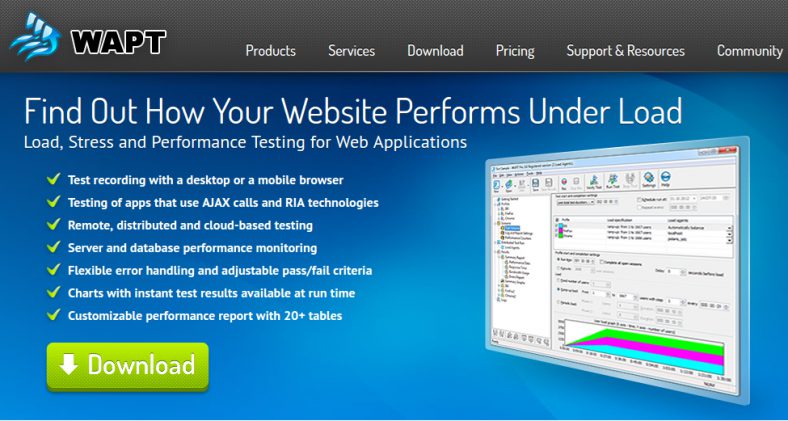 WAPT is a load and stress testing tool . It analyzes the performance of website. It can function with the mobile application, a web service or a customised ERP system. Web solutions are of all the sizes and technology can be tested with WAPT. The test created by it is in a few minutes. If there is a need to reach client functionality in the data-driven mode, you can also add variables and session-specific values. This is done with a user interface. It lets to browse and modify test as a simple sequence of HTTP requests. No script programming is required. It gives descriptive graphs and reports which help to analyze the performance characteristics of system components. 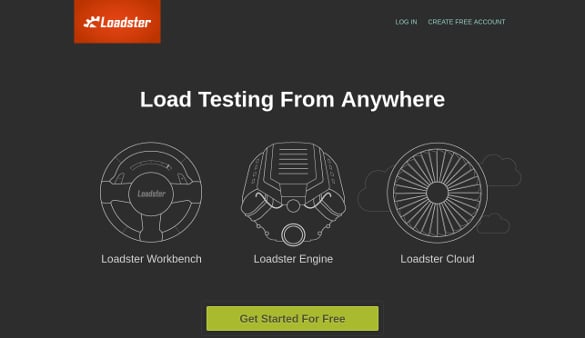 Loadster is a full-featured load testing solution for websites, web apps, and web services. It’s built for real web apps and effortlessly handles cookies, user sessions, custom headers, dynamic form data and more. It simulates individual user state and gathers stats for each virtual user individually and it generates load from hardware or Loadster cloud engines which heading on five continents. Loadster is a desktop/cloud hybrid solution for the best of both worlds. It works on private networks and the public Internet.Save time and money! You’ll be running your first tests in minutes. It saves a lot of time. 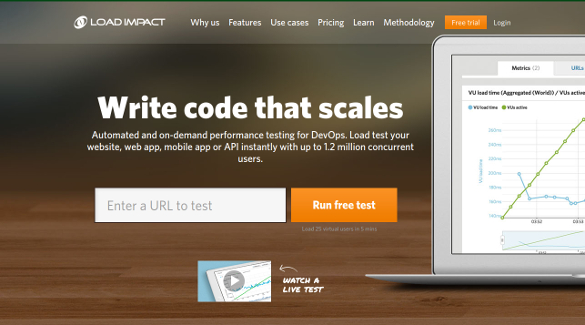 It’s simple, Load Impact is simple to use and it allows to run more realistic load tests. It has run over a million load tests and it is the most widely used performance testing tool on the web. It helps thousands of people for continuous feedback. In a single test, it can generate load up to ten different geographical regions. 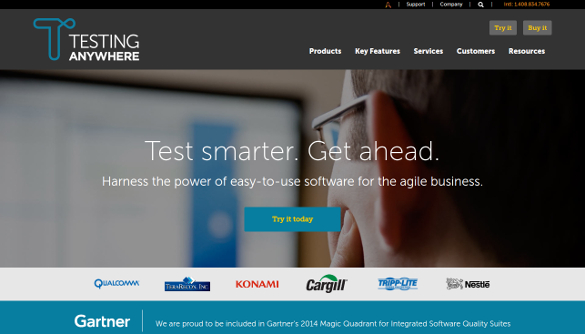 This is all-in-one automation testing software and a single piece of software. It has got endless test possibilities. It performs the test which includes functional, load, and mobile. It delivers superior QA up to 70 percent fast.

OpenSTA is a distributed software testing architecture. It is designed around CORBA. Its toolset can perform scripted HTTP and HTTPS. It has heavy load tests with performance measurements from Win32 platforms. It is designed to be used by performance testing consultants or other technically proficient individuals. The testing is performed using the record and replay metaphor. The recordings are made in the tester’s browser which produces scripts that can be edited and controlled with a special high-level scripting language. The data logged can be monitored live through the test runs and if the test runs are completed it can be viewed, graphed, filtered and 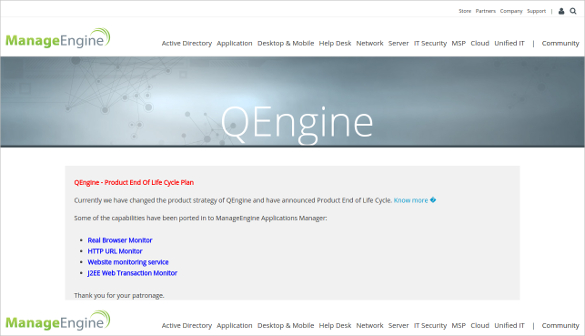 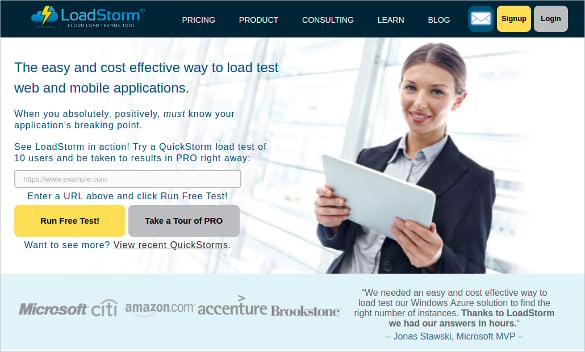 LoadStorm allows the users to work on a cloud-based platform. There is no of purchasing hardware and software is not needed to download. This gives full control over tests and distribution of traffic.It uses the power of cloud servers and is able to run load tests up to 1,000,000 concurrent VUsers. It saves time and money involved. A consultant is sent to set up the account. 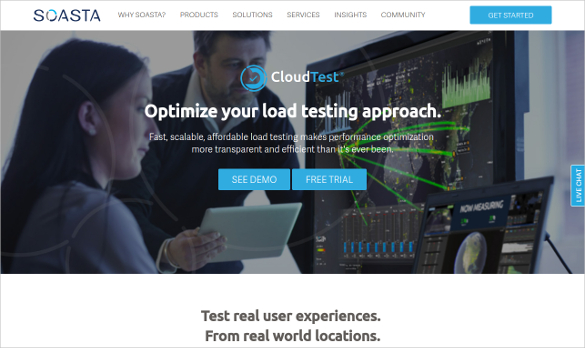 Performance measuring, testing and optimization are essential for your digital business development. It gives a platform for measurement. It also test and analysis that insights across technology and business contexts.