A Pareto Chart is a commonly used term in statistics and has been named after Vilfredo Pareto. The chart is a combination of both line and bar graphs. In the chart, the net total or cumulative total is usually represented through the line graph. For those who aren’t familiar with the uses and types of pareto chart, these Chart Templates could come in handy. These give an accurate description of what a pareto chart looks like. 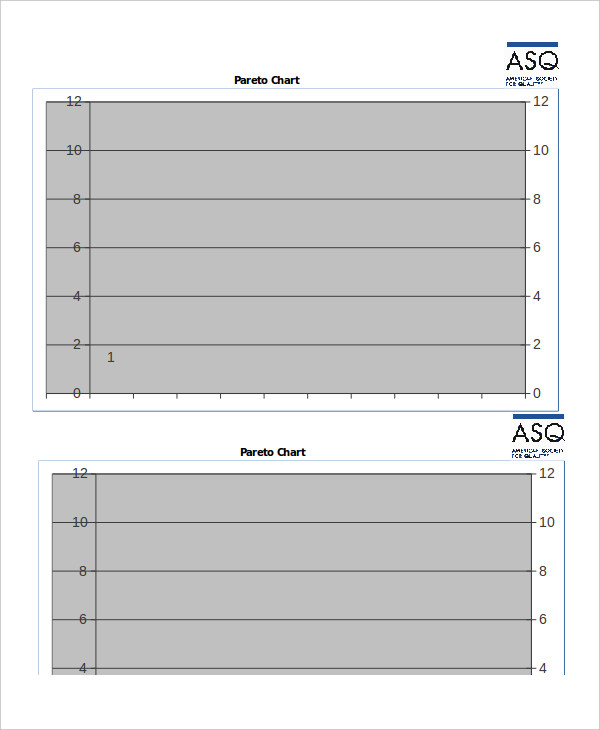 This is one of the supreme examples of a Pareto chart. The graphs are neatly displayed for you to understand and follow and you would even be able to personalize the chart. 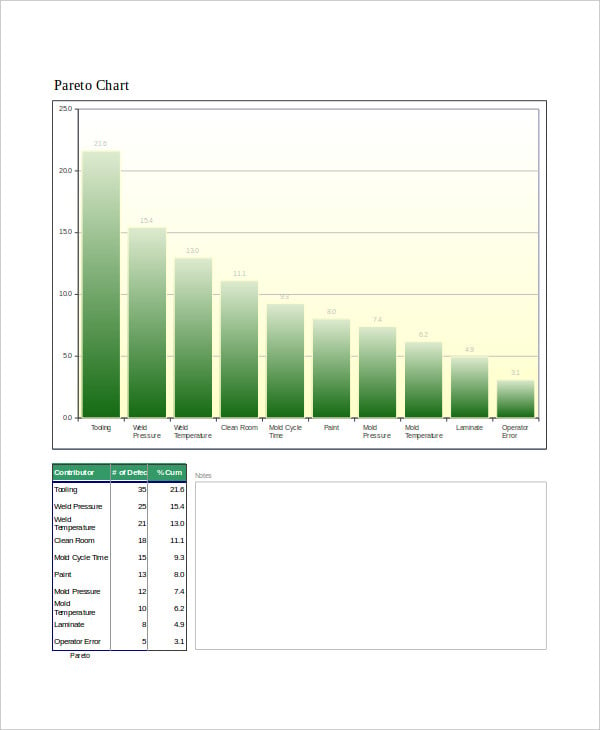 This Pareto chart template serves as a great sample for you while you design your line and bar graphs. Also, the chart template here is fully editable and customizable and comes in a neat format.

> How to use the Pareto Charts?

When it comes to charts and graphs, you need to know how to read or analyze them. In the Pareto chart, you have both bar graphs and line graphs – each representing something specific. Usually, bar graphs are used to represent individual values on the chart or sheet.

The net total (the cumulative total) or basically the net result obtained from the bar graphs are represented through the line graphs. Thus, it becomes easier to understand what the bar graphs state and the main point of the representation. Also, the Graph Templates that you see here are really easy to use. 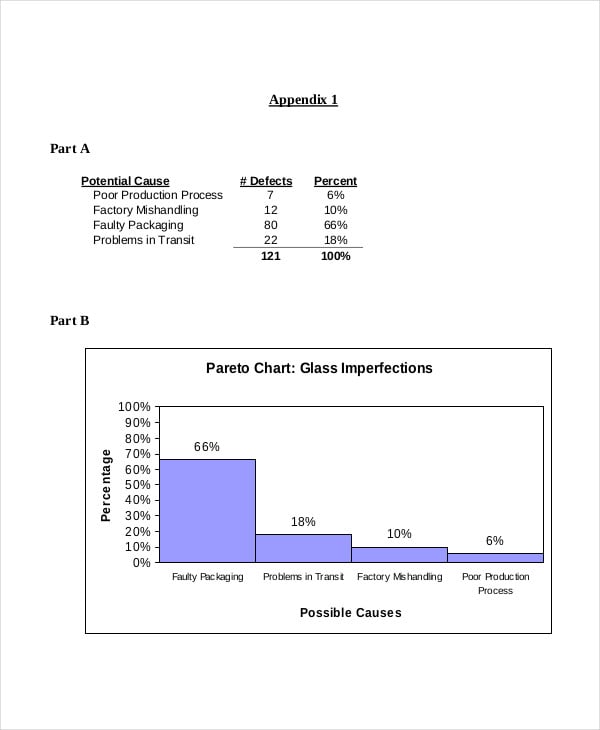 Simply having a Pareto chart isn’t enough. You should be able to analyze it as well. This Pareto chart template that you see here can help you out with that. 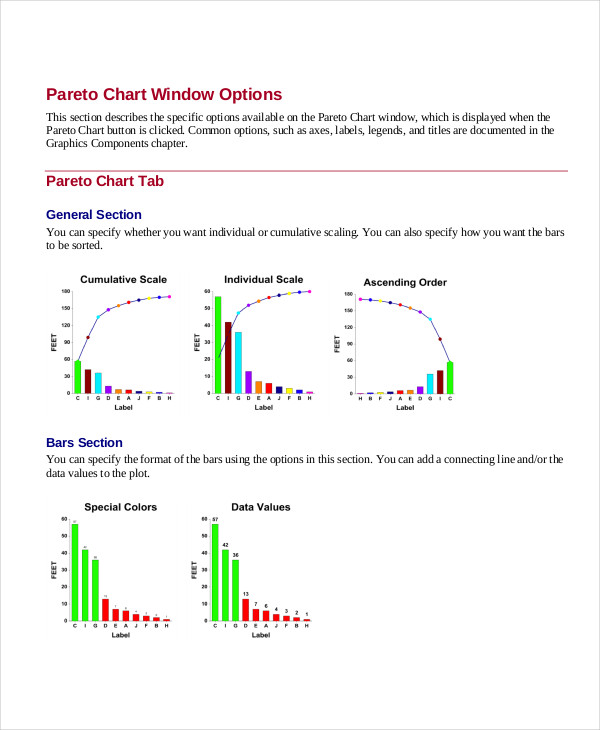 This Excel template is a sample on which you can model your Pareto charts. You can follow the representation provided in the chart template here and abide by the format. 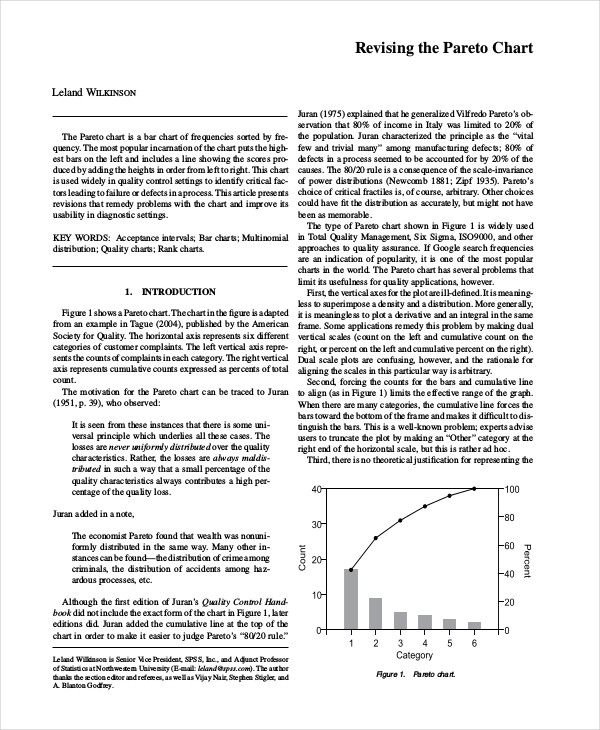 This chart template tells you exactly what a Pareto chart looks like and what it should contain. One look at it would give you an idea of what the data is trying to convey.

> Why should you use Pareto Charts?

In the field of statistics and accounts, data and information are usually represented in the form of graphs and charts. Graphical representations help make monotonous and technical data interesting and easily understandable. Usually, there are different kinds of graphs that are used – like bar graphs, pie charts, line graphs and so on. You can also see Gantt Chart Templates.

A combination of bar graphs and line graphs would help you achieve a number of objectives. Not only would you be able to represent individual graphs but would also be able to represent the net total or final outcome. That is where these amazing Pareto charts come in handy. 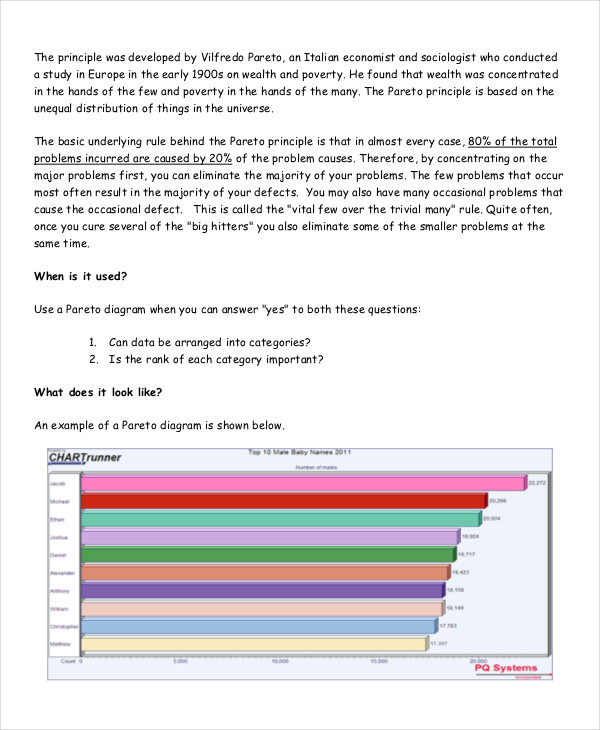 The Pareto chart templates that you see here come loaded with benefits. Some of them are as follows:

The Pareto charts are mainly represented in the excel format since the presence of rows and columns make it easier to represent data and information. The Pareto chart templates that you see here are rather straightforward and simple. The Excel templates are to the point, neat, precise and very easy to follow.