Long before modern technology has been developed, calligraphy is known to be the artistic process in which penmanship is used to create beautiful art pieces. The usage of calligraphy can be traced to ancient civilizations where its functionality to depict occurrences is given more importance than its aesthetic value. Nowadays, the need to use calligraphy is more likely due to the striking visuals that it can provide, which can change the overall look of documents and merchandises.

Though it is truly fun to create the traditional calligraphy where you use calligraphy tools, the time that it will take you to perfect a particular output may just be too long or tedious. This is the reason why modern calligraphy fonts have been rampantly used by people. With the different kinds of cursive writings and script fonts, it would be easier for you to find the perfect match for the material on which you would like to place the font by browsing through various samples and testing them out.

Being able to fully utilize the aesthetic benefits that a specific modern calligraphy font style can provide should always be the end goal on why you will use downloadable fonts rather than make calligraphy from by hand.

Why Use Modern Calligraphy Fonts?

The usage of modern calligraphy fonts can provide you with a lot of advantages. A few of these are as follows: 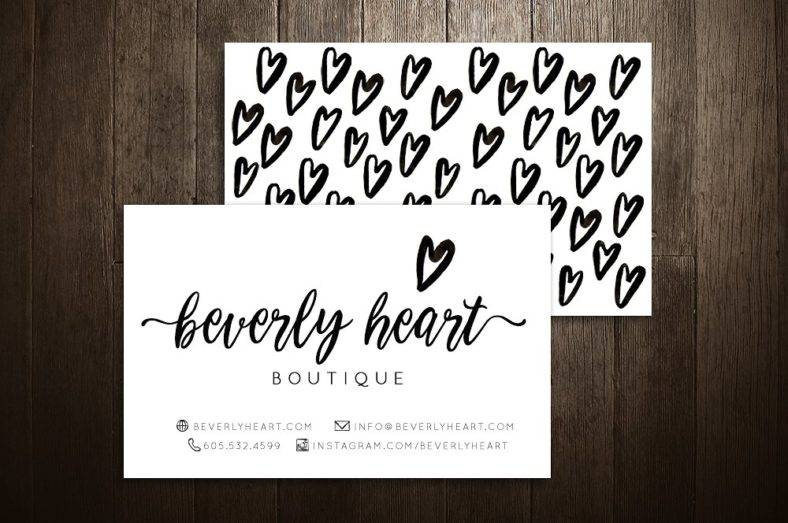 Use the Modern Calligraphy Font Willow Bloom if you want subtle touches of soft lines and curved edges. Using this particular calligraphy font is perfect for boutiques and other novelty and merchandise shops that sell products for girls. The last is due to the softness of the design that can be associated with femininity. 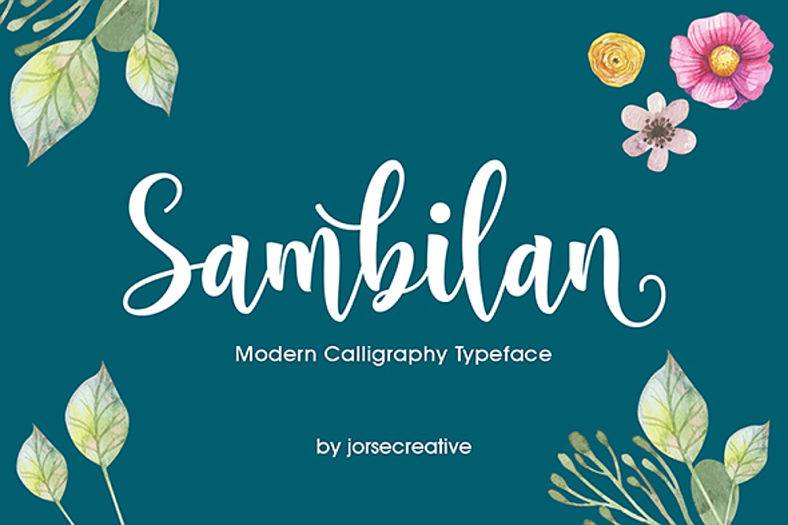 Speaking of a font design used in a business setting, you may also try the Sambilan Modern Calligraphy Typeface. This calligraphy font will look great when used for company logos, business cards, brochures and other marketing tools. Though there are still curves present in the design, the font still looks authoritative, polished, and elegant. 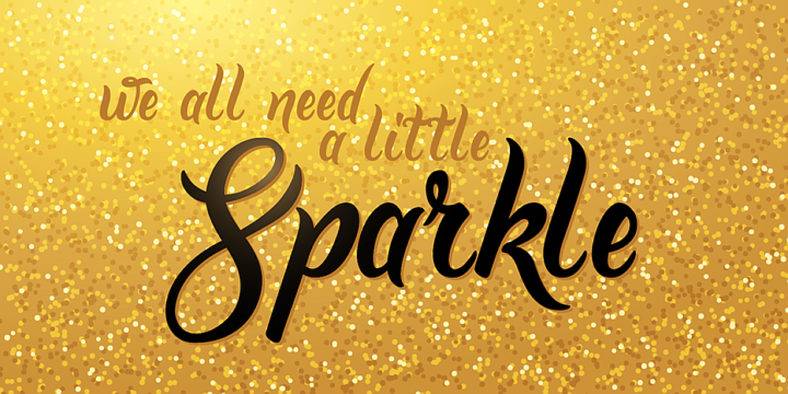 Other than its usage in businesses, you can also use calligraphy fonts for tattoos or even in designing creative documents and art projects. It will be more fun if you add glitter elements to make your material sparkle and shine just as how this Golden Brush calligraphy font has been designed. Don’t you think that soft edges and glitters are truly great combinations when trying to achieve a fancy look? 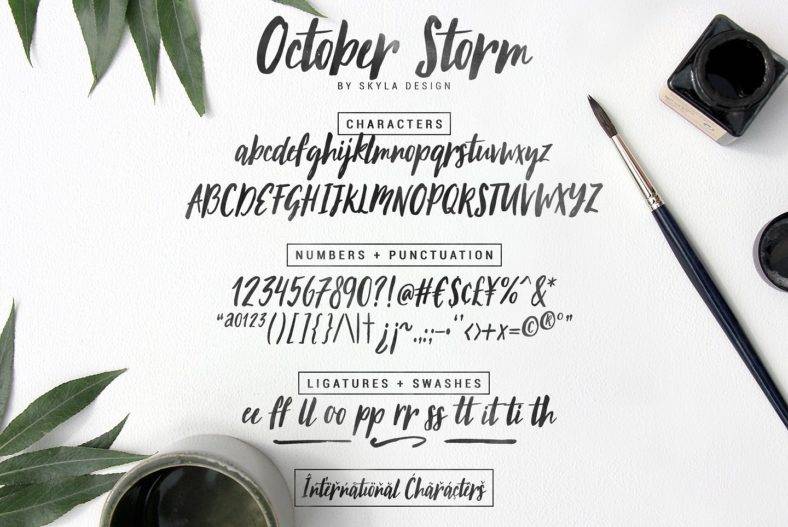 Aside from the classy glitters, you can also have calligraphy fonts that are simple yet still artistic. October Storm calligraphy font, for example, reflects a calligraphy that is done with a paint brush. The strokes of the font are not harsh yet it can still provide a strong impact in terms of its overall look. With the watercolor hues reflected in this font type, this is recommended as a wedding calligraphy font or to be placed on other formal invitations used for debuts and graduation balls. 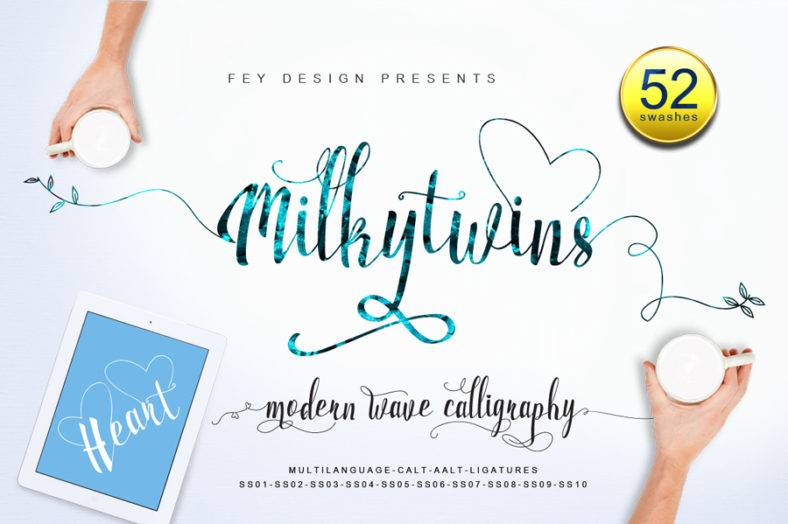 Where Can You Use Modern Calligraphy Fonts?

As mentioned above, there are different kinds of modern calligraphy fonts that can be easily downloaded and used. Whether they brush fonts, felt tip fonts, or just representations of cursive writing. This allows this design material to have a wide scope of usage which can benefit people from varying age brackets and entities with different aesthetic preferences.

The usage of modern calligraphy fonts can be useful in the following instances: 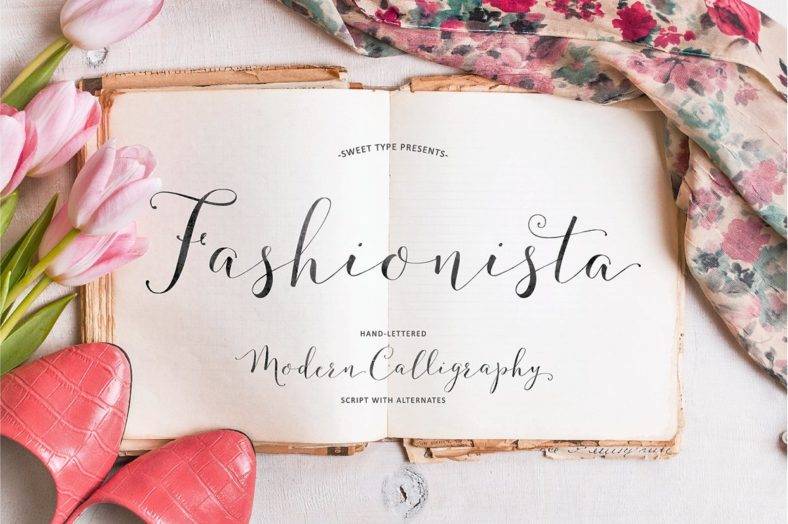 Try out this Fashionista Modern Calligraphy if you want to custom design your diaries and journals. This font for creatives works best with girls who like to make sure that their notebooks and other materials are not just functional, but also pleasing to the eyes. 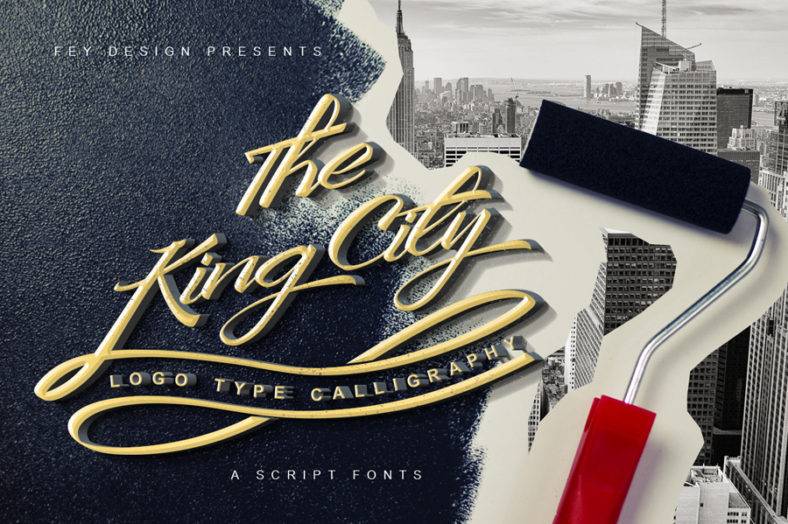 If you think that modern calligraphy fonts are just for women, then your initial way of thinking might not be as accurate as you think it is. Take a look at King City, a logo type calligraphy font, and appreciate how it can showcase a more masculine take on calligraphy design usage. It truly helps that this modern calligraphy font is textured as it can exude a masculine vibe perfect for branding establishments that cater to the different needs of men. Need we say more about why this is one of the great new fonts for designers? 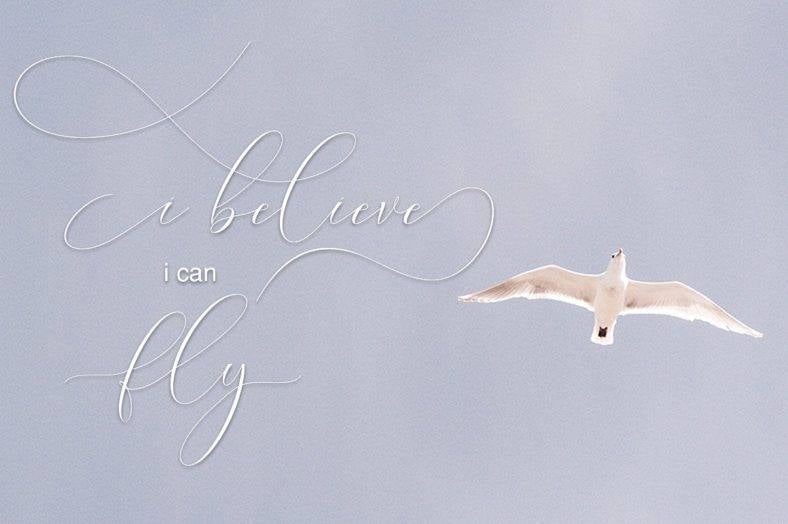 Try using Washington Calligraphy Modern as your go-to font for any type of design. It can be used in various ways that are applicable to and aligned with design aesthetics for both men and women. Modern script fonts for designers can really push the boundaries to achieve an aesthetic for all concerned. 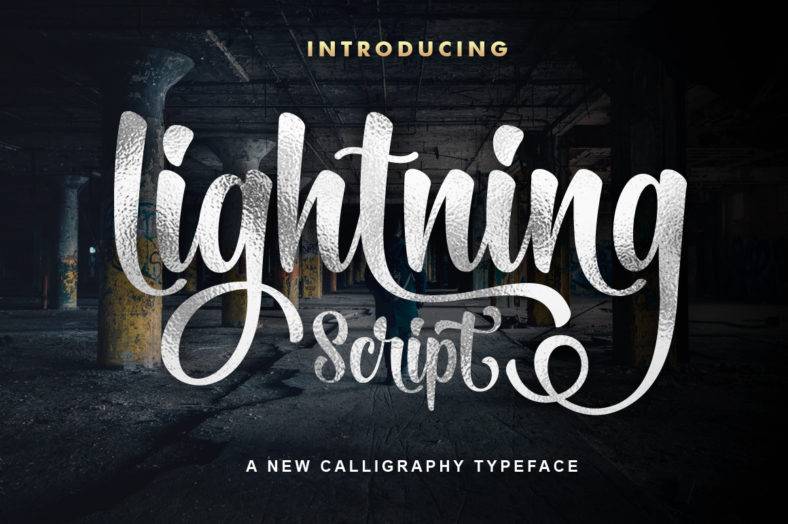 Since calligraphy has already been around for a long time, there will always be a chance in which people will think that this design has lived out its usefulness and might actually be quite outdated. However, with the development of our design processes also comes the improvement of different calligraphy fonts that make them among the essential fonts for designers. These are some of the items that you need to look at in order to identify whether you are using a modern calligraphy font or not: 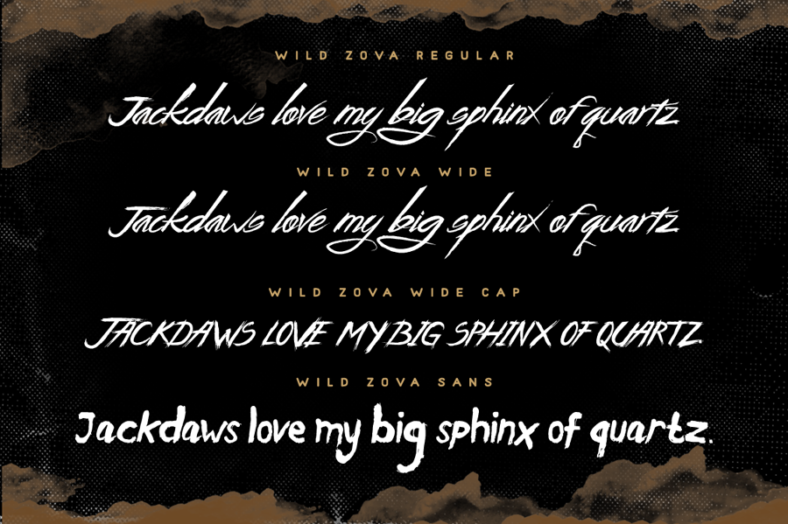 You can use this sleek modern calligraphy design if you want to focus on the content of your text. Just like block fonts, this will go best with flyer announcements and bulletin boards as it can easily get the attention of viewers with its strong features. It ultimately highlights what the message of the text is. 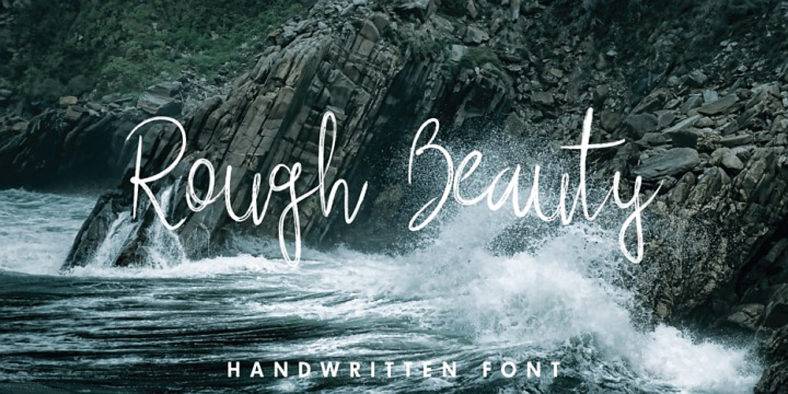 Make sure that you will consider the thickness of the font that you will use. Unlike wave fonts that are commonly big and thick, there are modern calligraphy fonts just like this one that looks great when not in bold as it can fully showcase the little stroke lapses that make it stand out from other kinds of calligraphy fonts. 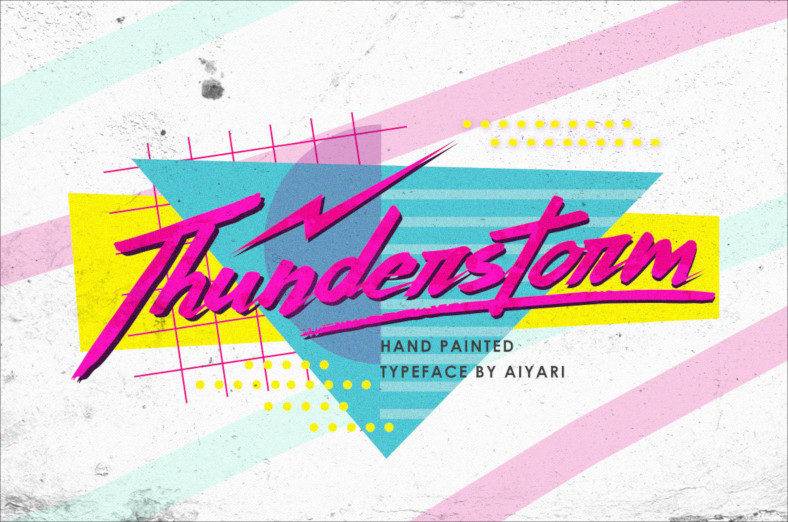 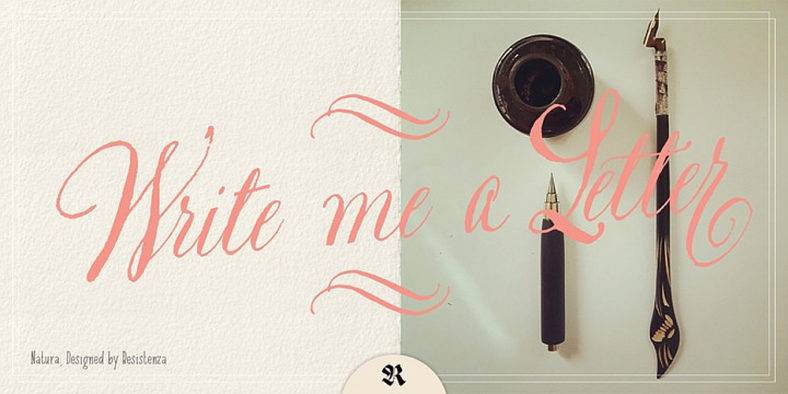 As we have mentioned a while ago, calligraphy fonts that are modern in style and visuals can also be used digitally. If you want to have an idea of how you can maximize the usage of modern calligraphy fonts in digital platforms and mediums, refer to the listing below. 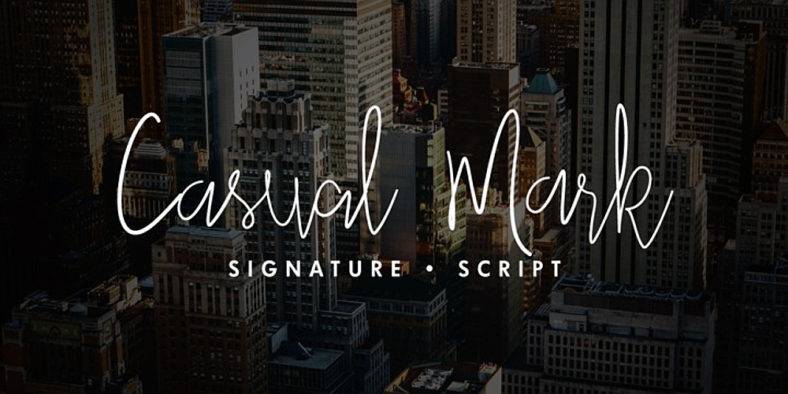 Going to the simplicity route, this Casual Mark Script will let you embrace the design of calligraphy without going too overboard. It may not be intricately designed compared to other kinds of modern calligraphy fonts, but the gentleness that it can showcase as a handwriting font is more than enough for it to be an attractive visual. 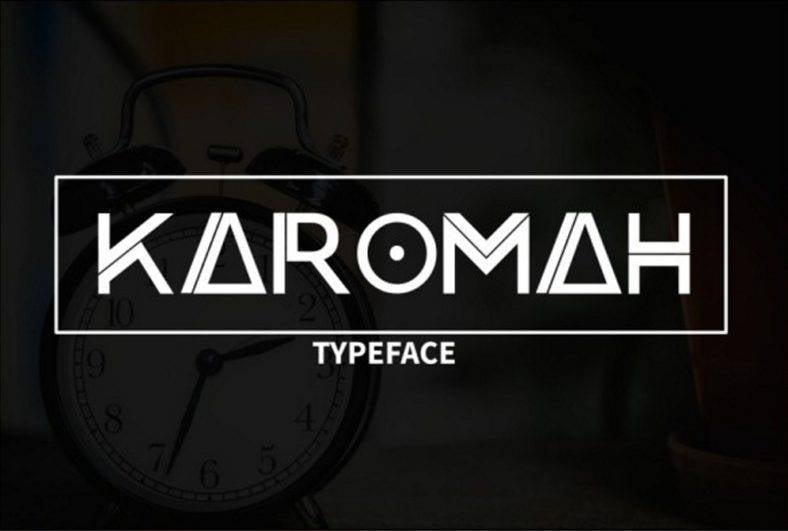 Karomah Typeface Font will allow you to breathe from all the curves of the usual romantic fonts and fancy calligraphy. Its design is created to provide straight lines in various thickness to present an authoritative appeal to whoever will look at it. 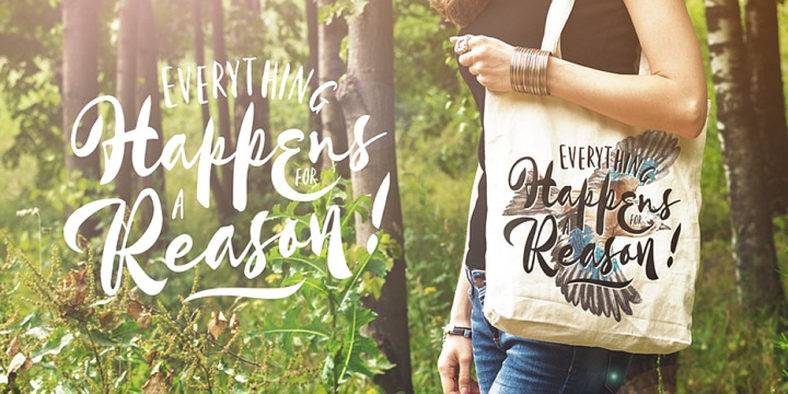 If you want a font type that alternates between sleek lines and creative curves, try using Kayto as it merges these two characteristics just like how attractive funky fonts do. This quality makes the specified font appropriate for both business undertakings and creative projects. 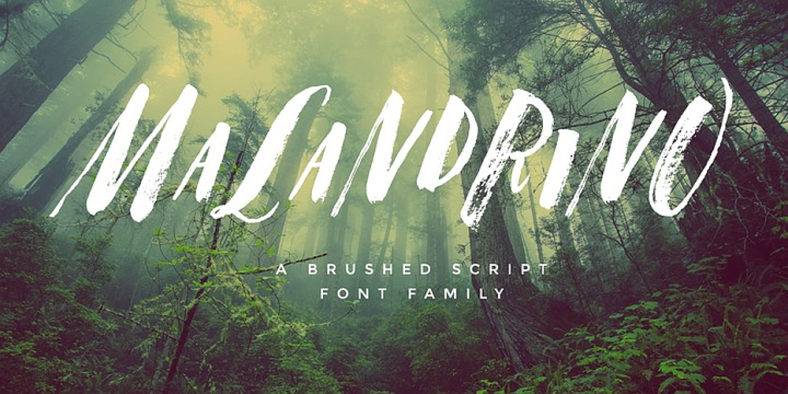 If you want alphabet fonts that have the strokes of markers seen in its design, using Malandrino is the way to go. This design is made to reflect a brushed script font that is appealing to this generation’s creative needs. 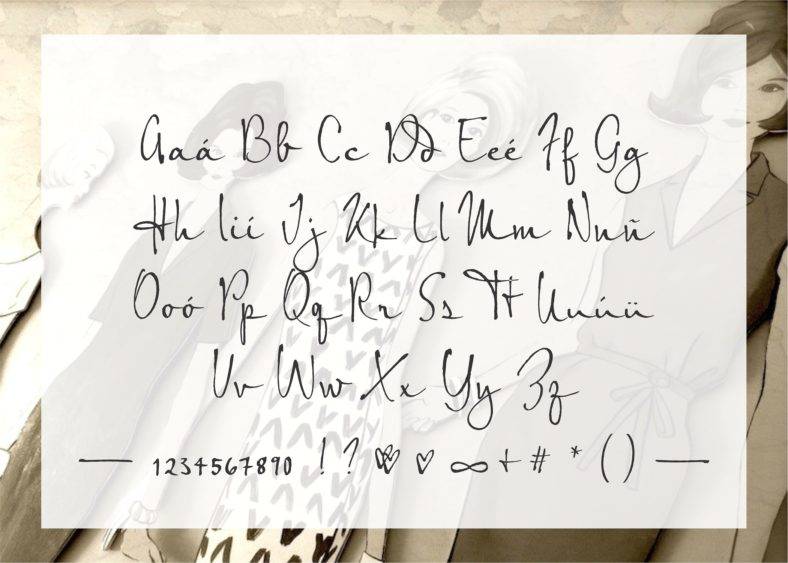 Confused on What Modern Calligraphy Font to Use?

If you have already decided to use a modern calligraphy font and the only problem that you have now is to select from a wide range of fancy cursive font designs, some of the tips that we have for you are listed below. 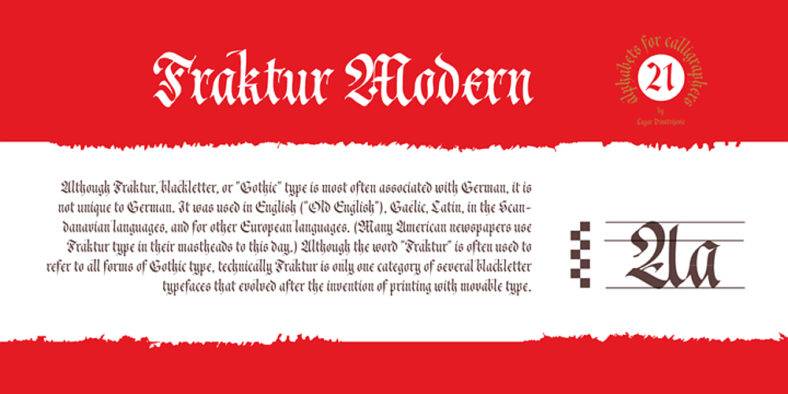 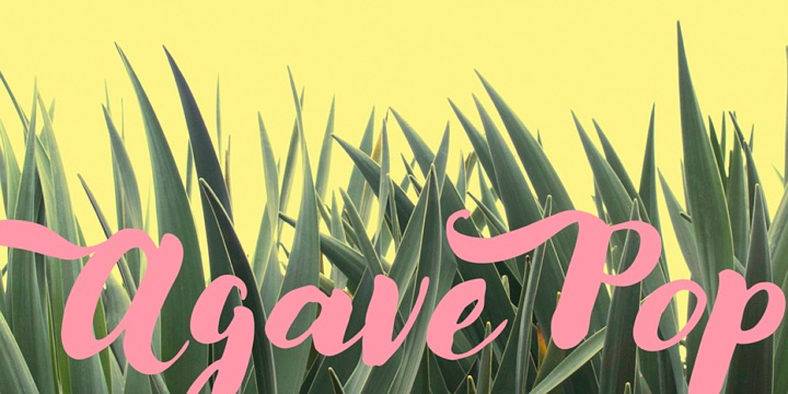 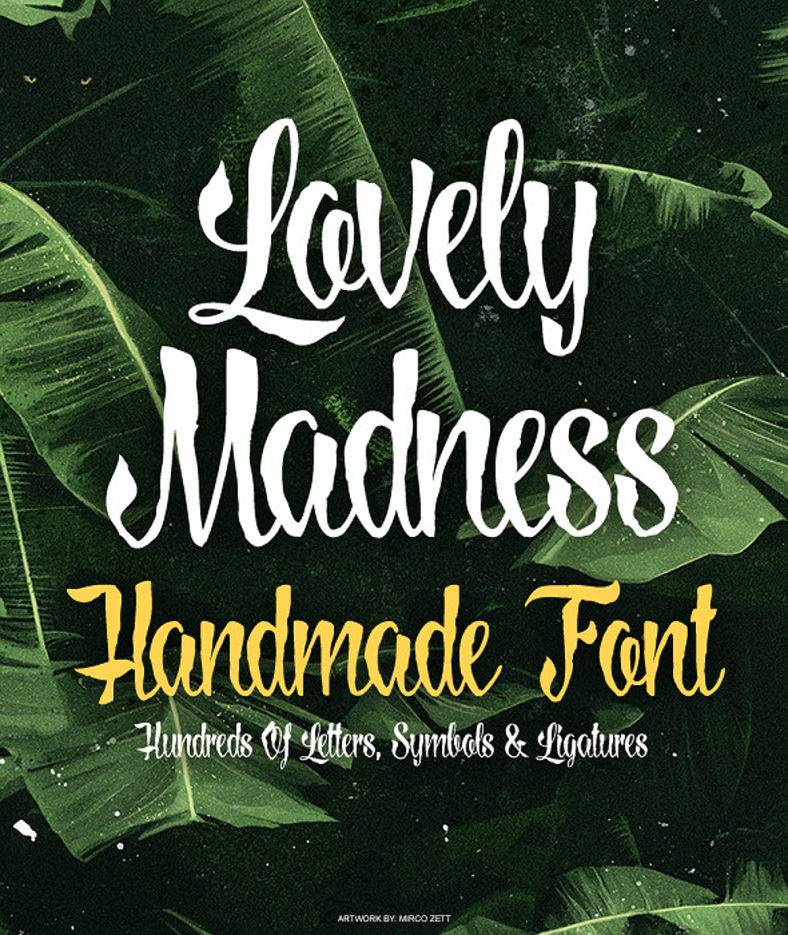 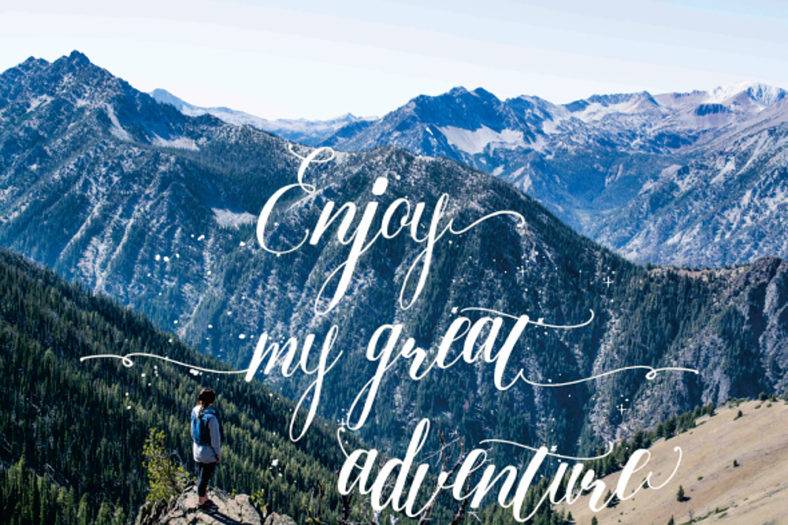 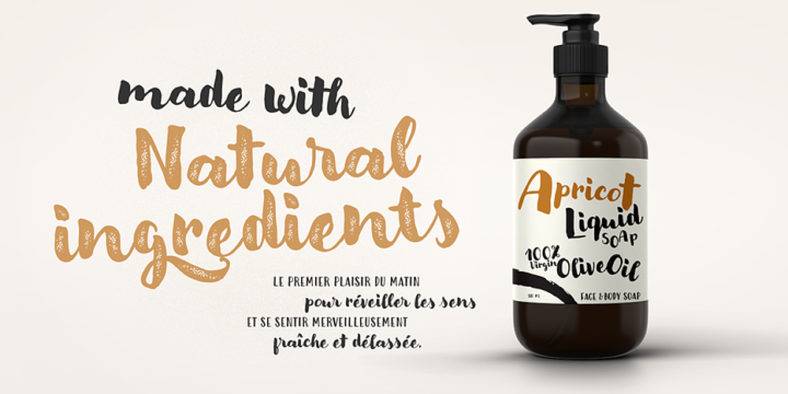 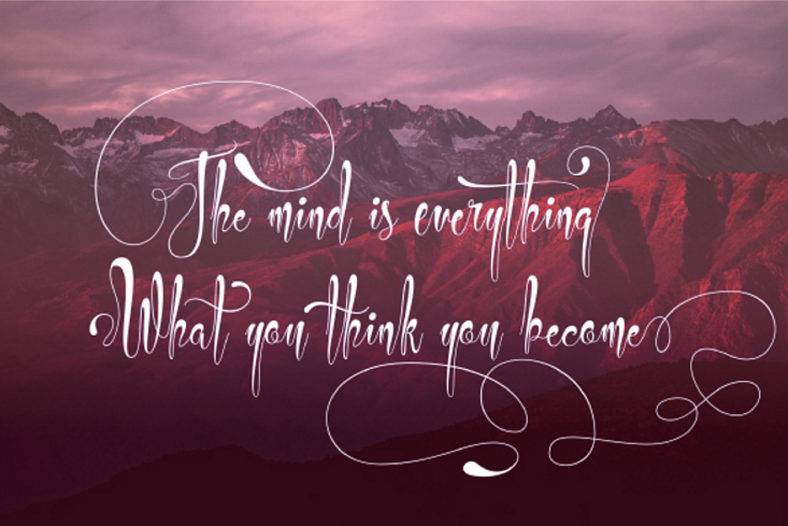 Philosophy script is a great way to improve the aesthetic of any of the design materials that you have in mind where you want the font to appear. With the exaggerated swirls at the initial and end parts of sentences and paragraphs, you can get a truly dramatic aesthetic if you will use this particular font. 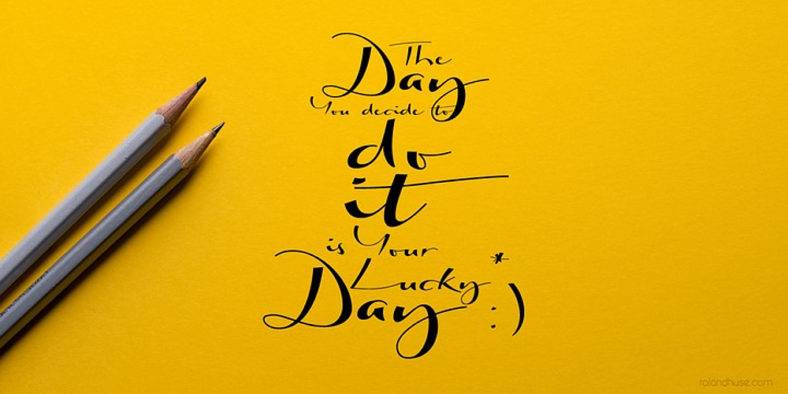 Biloxi calligraphy can provide you with different weights of brush application. This makes the design more natural as if it has truly been created through the use of actual brushes. 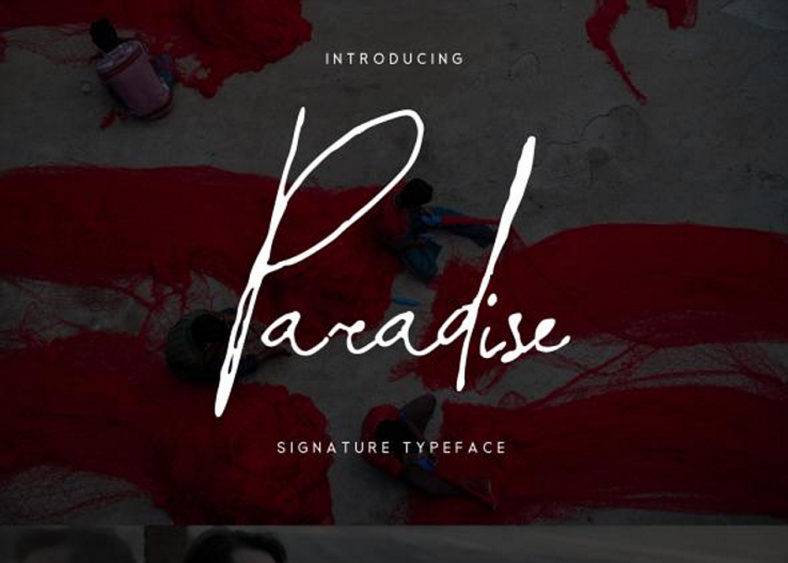 Paradise Signature Typeface, as one of the best calligraphy letters, can be used not just by individuals and groups but by businesses as well. The clean lines and perfect arches within the corners of this modern calligraphy font will look amazing on varying documents may it be for personal and corporate use.

Make the Most out of the Usage of Modern Calligraphy Fonts

We all know that it can pretty be overwhelming to know which modern calligraphy or hand lettering font it is that you would like to use. Each font has different strengths, and they can all be used in circumstances where their strengths will truly give an impact on the people who will look at the output.