The Metric weight conversion chart is purely used to convert units of measurements dealing in weights such as kilograms, stones, pounds, tons and ounces. The Standard Metric Conversion Chart Templates is used to convert small, medium as well as large scale weight conversions from metric ( grams, kilograms) to English system (stone, pounds and ounces) and vice versa. These conversion charts are extremely handy and numerous professionals use a customized version to weigh various commodities as a part of their job. 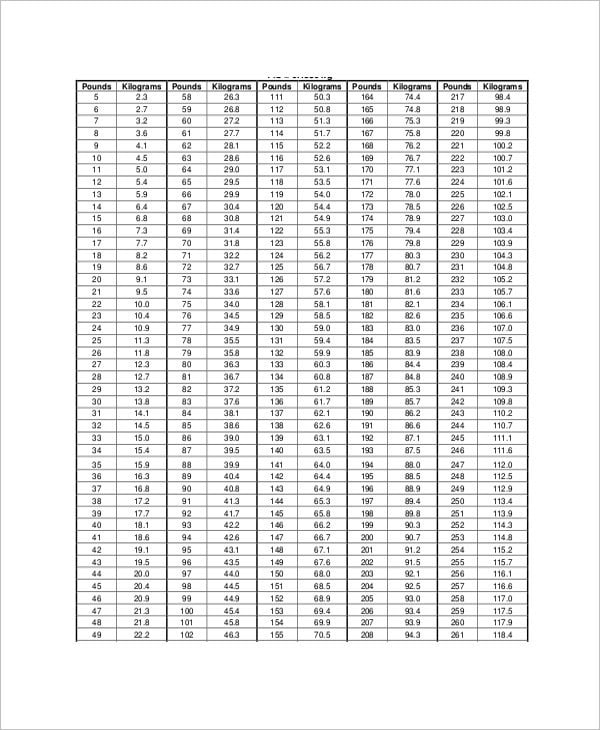 This conversion Chart Templates is used to measure height against corresponding weight as against the standard units of metric measurement such as from feet to inches and centimeters and from pounds to kgs. 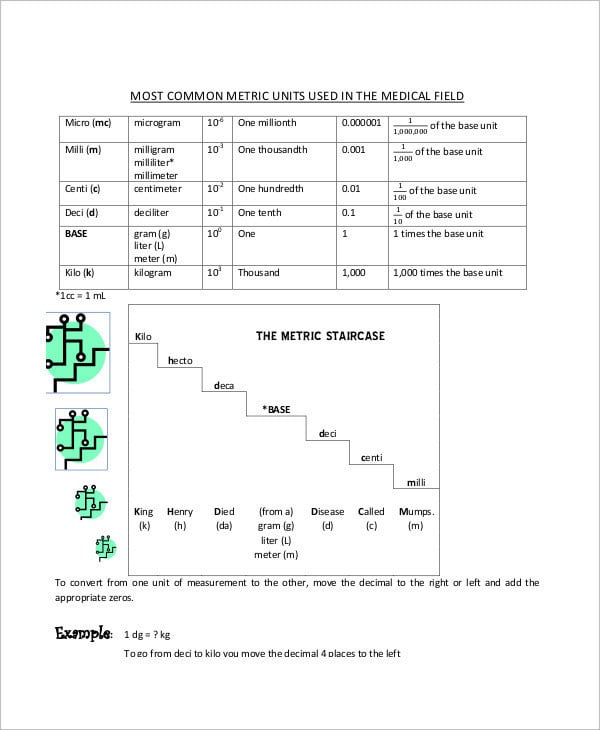 You can convert kilograms to pounds and stones respectively and vice versa by using the personalized Metric System Weight Conversion Chart and use the derived values to good benefit to save time and complex calculations. 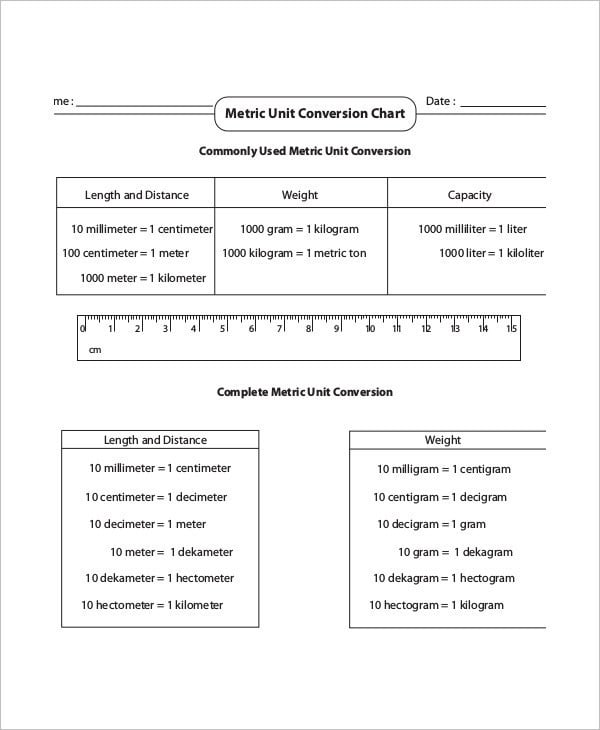 The Metric Unit Weight Conversion Chart can be a simple guide to calculating weight in various units and scales without the necessity to refer to a calculator or a computer. 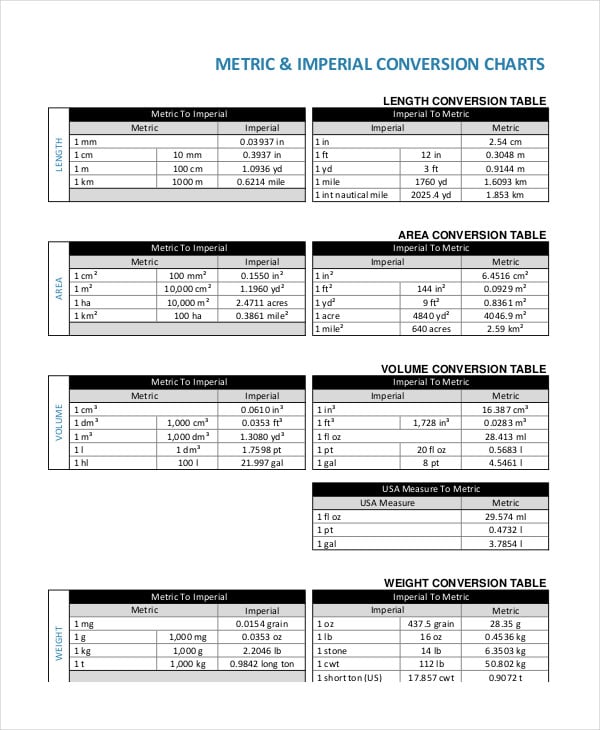 The conversion of imperial to metric weight chart comprises of unit conversion of a grain, pound, stone or ton (imperial measures) to the standard metric measures of grams and kilograms. 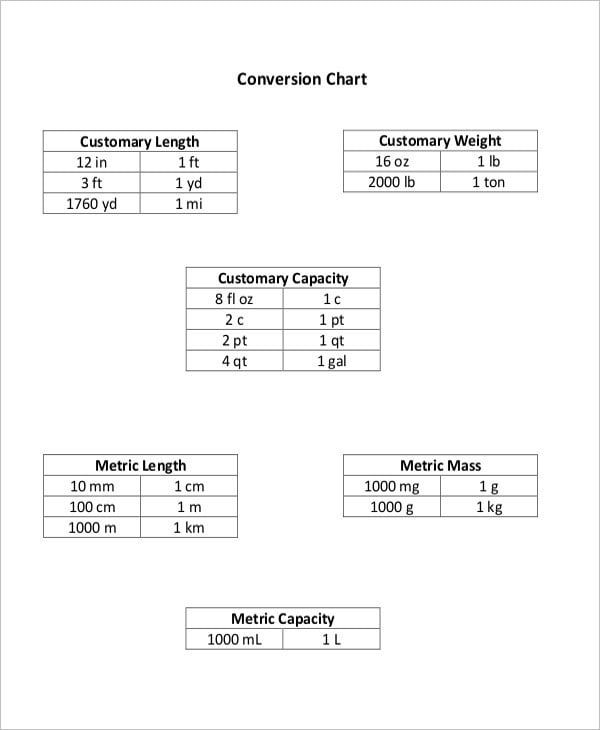 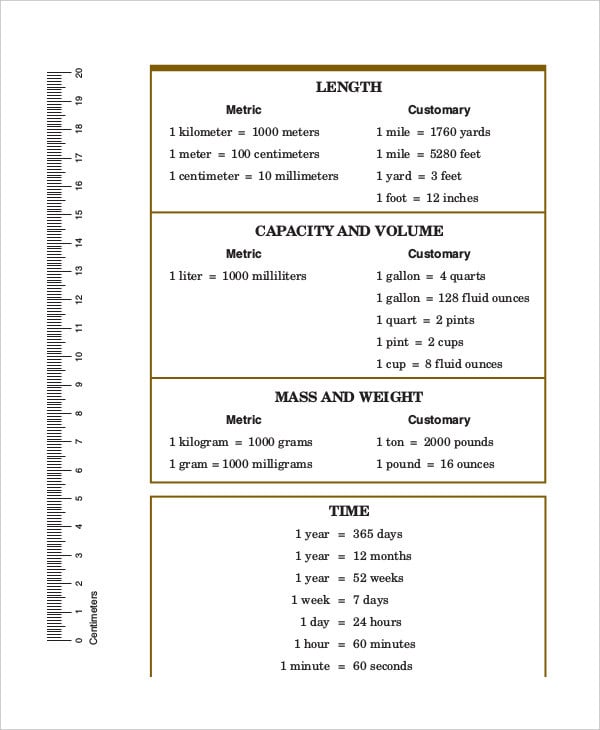 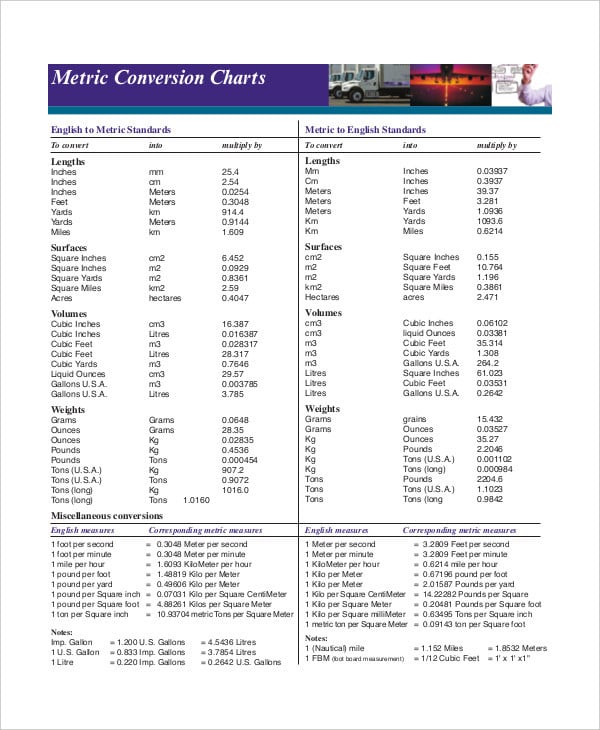 This conversion chart is typically used to convert the unit of body weight from the metric scale (kilograms) to the Imperial scale (pounds and stone) and vice versa.

> How to use the Metric Weight Conversion Chart?

The Metric weight conversion charts are chiefly used to calculate and convert units of mass from the standard to the imperial scale and vice versa. The availability of this metric chart template can ensure that you create a chart which exclusively suits your measuring needs. You can also see Metric System Conversion Chart Templates.

This template can find utility in the supplying, health, food and fitness industries predominantly and saves individuals from wasting considerable in indulging into complex mathematical calculations. The most commonly sought after conversions are those between imperial units and metric units, especially pounds to kilograms and vice versa as weight is usually calculated in one of these units.

> What are the advantages of the Metric Weight Conversion Chart?

There are a number of advantages of the Metric weight conversion chart. Imperial units are still predominantly used in the UK and the American Customary Units are the standard units of measurement in the US, the only major nation to not have changed over to metric units even until today.

Therefore, it becomes imperative to keep a conversion chart handy which can make conversions of weight units in a jiffy. The Metric Weight conversion charts are one such template which not only features as an important reference document but one can conveniently edit and customize them and print them out to suit their individual needs. You can also see Simple Metric Conversion Chart Templates.

The Metric weight conversion chart is extremely important for professionals of health, food and fitness industry and can save a lot of time in calculating the exact values of unit conversion and deriving smaller and larger values which could replace a huge figure in a different unit and make working cumbersome.