Morse Code is the internationally recognized code language following a prefixed rhythm of dots(.) and dashes(-). These “dits” and “dahs”, as they are commonly known can be transmitted over long distances through telegraph, light mediums or even noises. Usually used in ship to ship communication the Morse Code has slowly been edged out by newer methods of communication but it is still widely used by various people for various purposes. The inherent simplicity of this system makes it quite easy to learn. Here we are going to breach the topics related to making your own as a Microsoft Word Document. 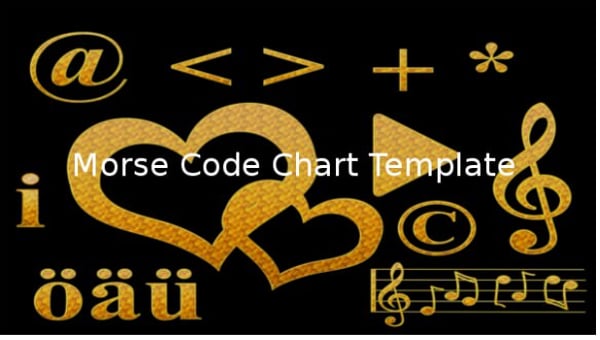 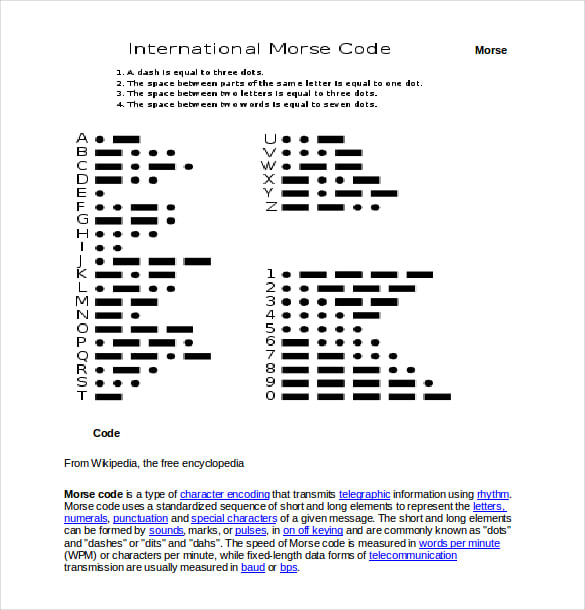 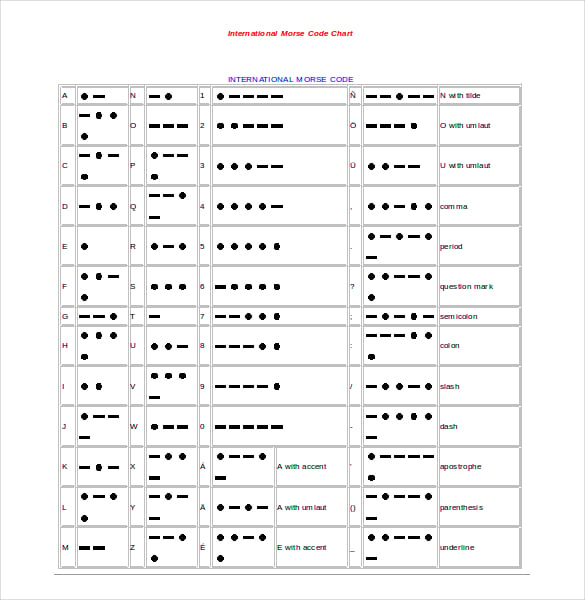 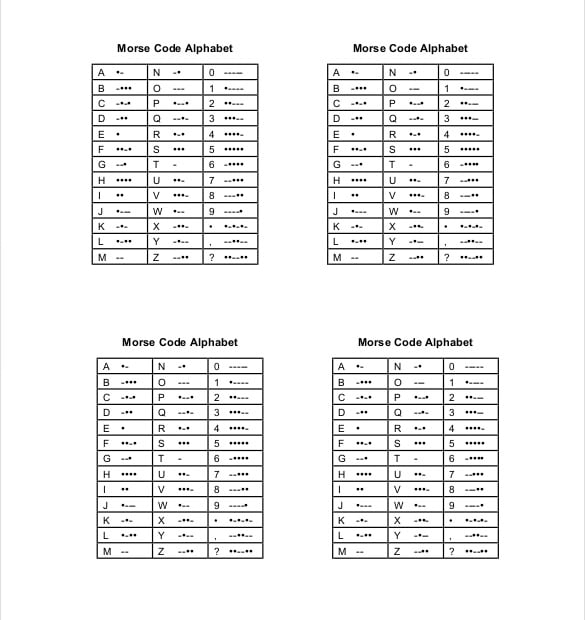 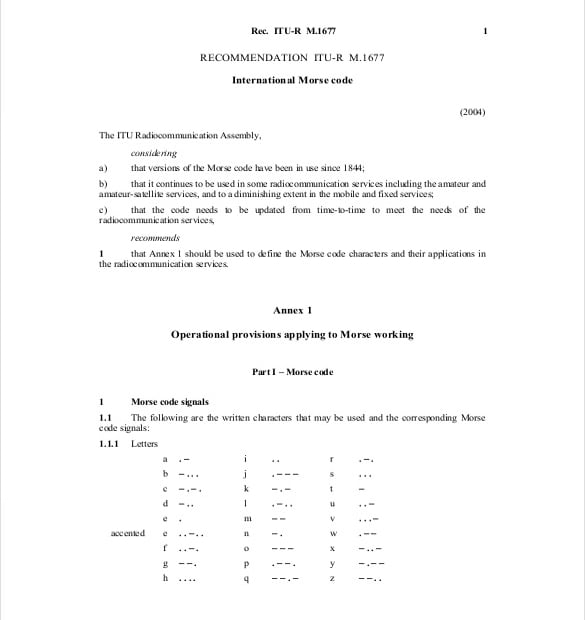 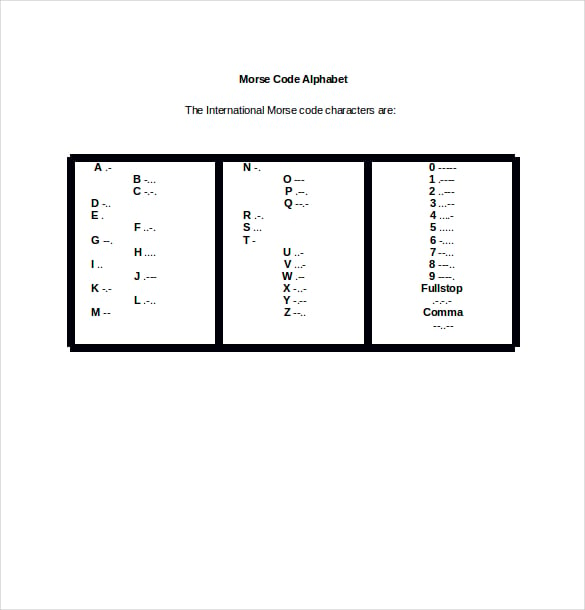 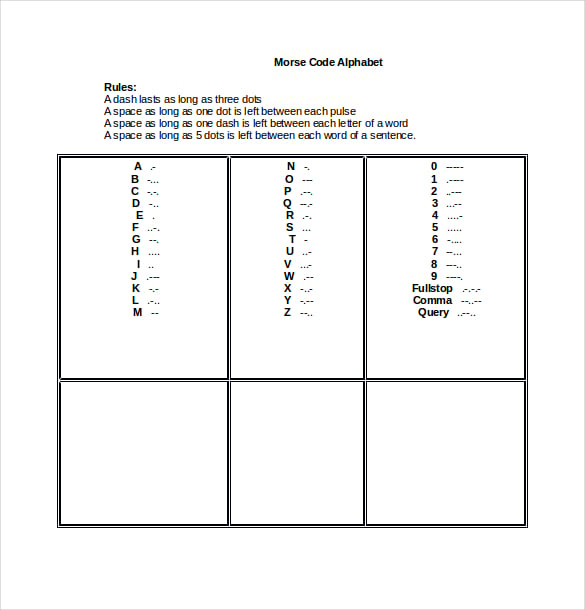 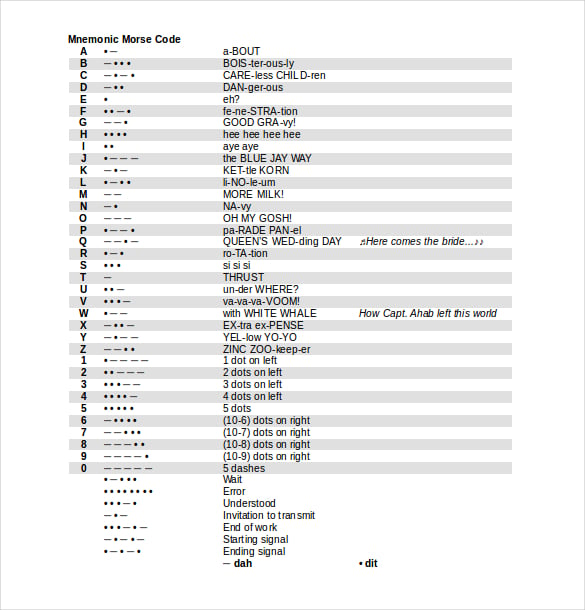 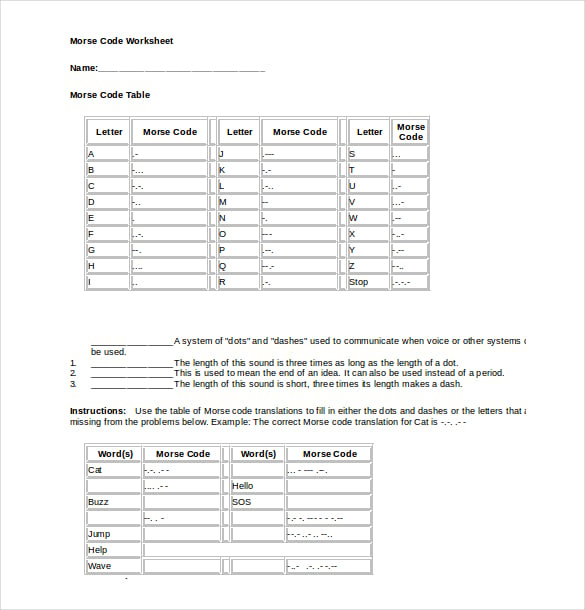 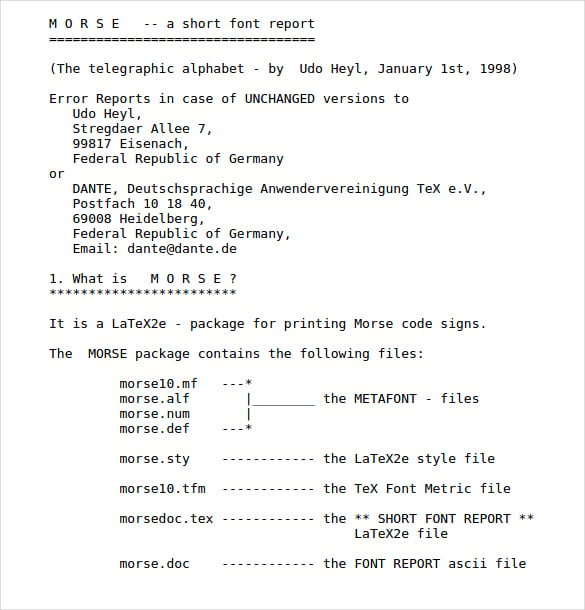 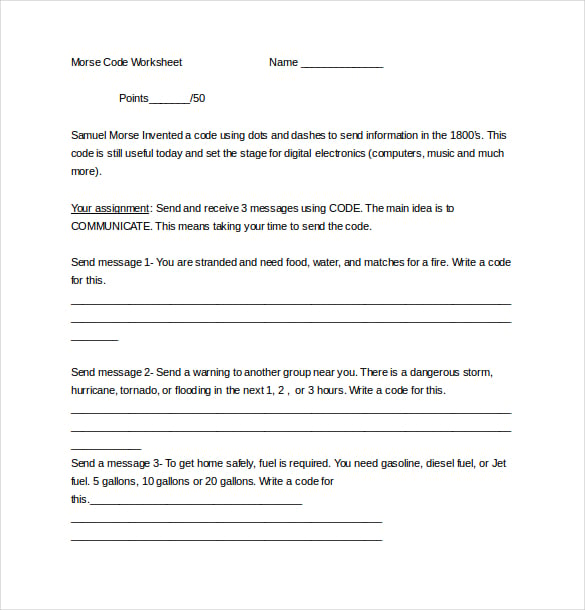 A few factors to be taken into account before proceeding:

There exists a sequence of codes for every letter in the alphabet and every single digit number. The Word Format is one letter followed by it’s alternative in Morse Code. Though being an internationally acclaimed code there are various regional and linguistic barriers. The dots and dashes may seem confusing at first but closer inspection will reveal that there are certain patterns and is quite easy to learn. You can also see Morse Code Chart Templates.

> Morse Code and its Uses:

Invented by F.B.Morse in the year 1884 Morse Code has been adapted as a sign language by almost every country in the world. Due to the fact it can send short cryptic messages over far distances it was mostly taken up by nautical agencies around the globe. Probably the most popular as well as important Morse code message of all time is the signal for SOS a cry for help, signified by the rhythm “… — …” This can help in a situation where verbal or written communication is possible. There exists a famous story of an American Prisoner of War who used Morse Code to spell the word “Torture” while he was on air giving a forced interview. Morse Code may also be taught to kids as a fun game. Every child wants to pretend to know a secret language that only a few special people understand and Morse code could be that language. Because despite having the mystery and enigma of being a sign language it is also an official code language, having knowledge of which may serve children or even adults in times of need.

Like everything which exists on Earth Morse Code has also been adopted and adapted by various countries for various languages. These are:

Most of the online free samples are available for word, which means as a Microsoft Word Document. This is because in word most customizations are accessible before printing.