Do you need to make lots of presentations on In Design? Well, InDesign art works cover several functions and there are lots of tools to be used- which make the really overwhelming for the professionals. But the great part is that you have In Design clean sheet or shortcuts that will help you to work much faster on your Illustrator Cheat Sheet or brochures. 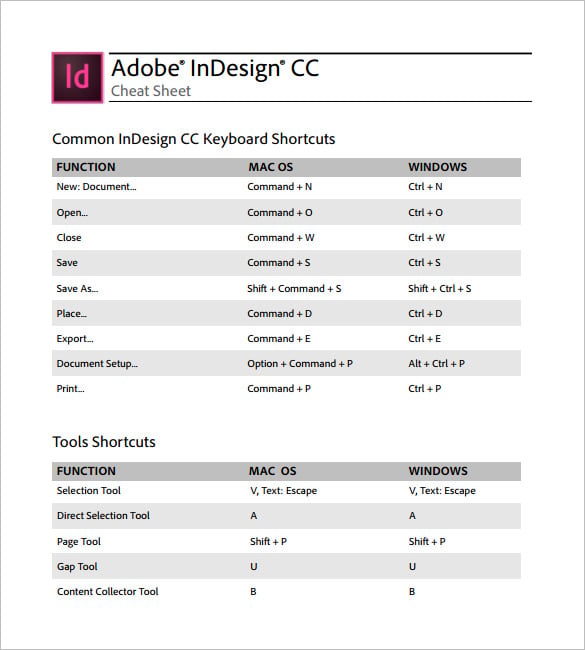 www.indesignusergroup.com – The Adobe Indesign is one of the most commonly used software today. It is preferred by some of the best in photography and picture editing. The Indesign has a lot of functions that can prove to be hard to remember. Hence the Adobe Indesign cheat sheet is perfect for those looking to learn fast. 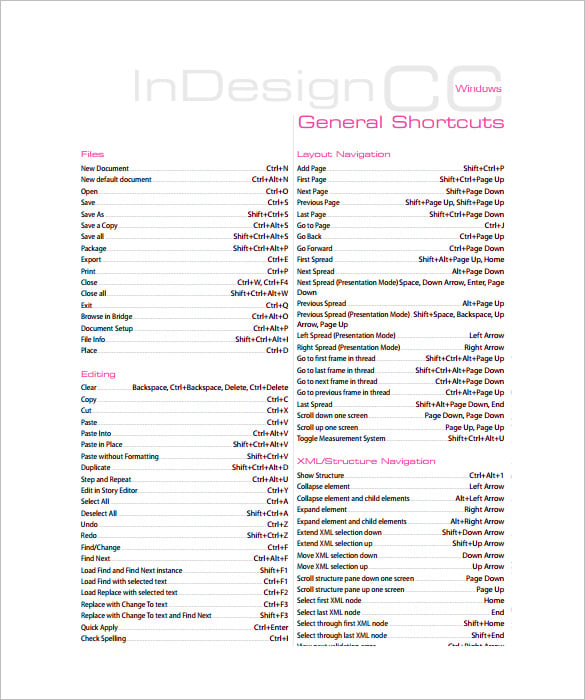 iampariah.com – One of the more commonly used editing software available in the market today is  Windows Indesign. Getting to know all of the controls of the Windows Indesign can be quite a challenge. Hence, the cheat sheet is perfect for those who wish to access instructions faster. 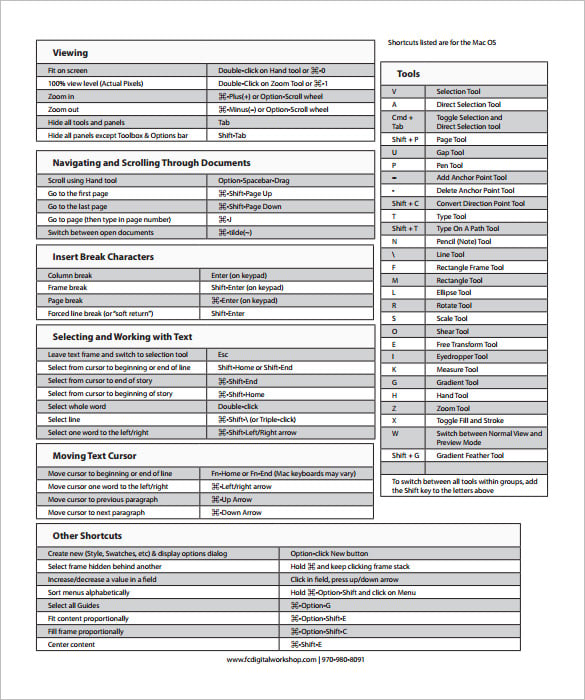 digitalworkshopcenter.com – The Indesign CS5.5 is a software that has been made popular by some of the more advanced users of photo editing software. It is important that one knows the fastest way to access some of the controls and options by using the Indesign CS5.5 cheat sheet. 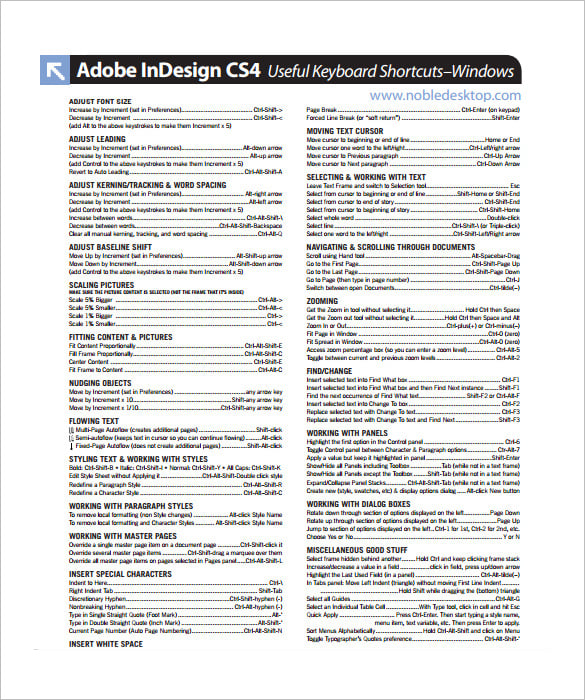 www.nobledesktop.com – Adobe Indesign is one of the most commonly used software nowadays to edit and brush up photographs and other media designs. Those who are using the software must be aware of the shortcuts in the cheat sheet that makes life much easier. 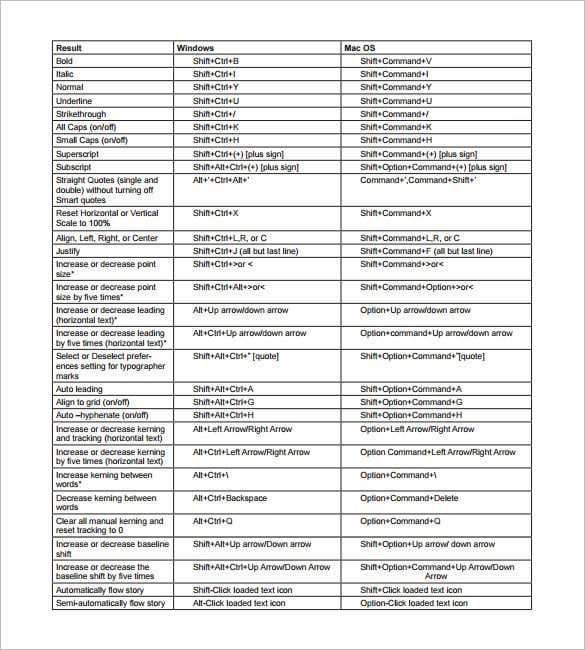 newsdesignschool.com – Adobe Indesign CS3 was one of the earlier versions of the software that contains tools that are useful for many designers. For whoever is using the software, they must be aware of the shortcuts in the cheat sheet that makes life much easier. 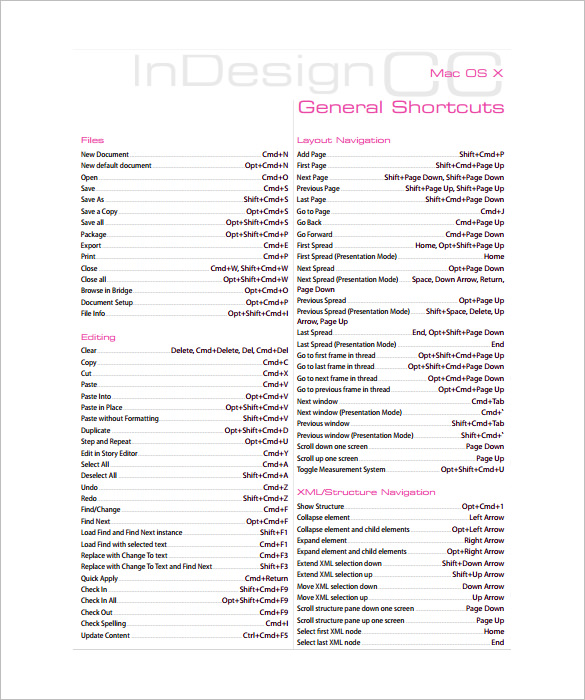 iampariah.com  – The Mac Indesign software is the one that is compatible with the Apple laptop and has seen a lot of users over the years. Having a cheat sheet is simple as it allows you to view some of the common shortcuts and tricks to make your work easier. 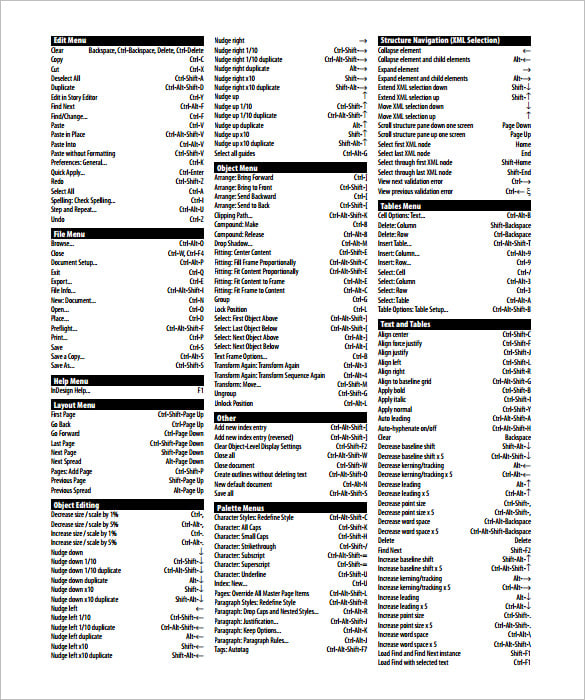 www.gilbertconsulting.com – The Indesign CS2 is one of the more popular though older versions of the Indesign software. The software has many keys and shortcuts for easier access and work. Get the Indesign CS2 Cheat sheet and this makes it much simpler. 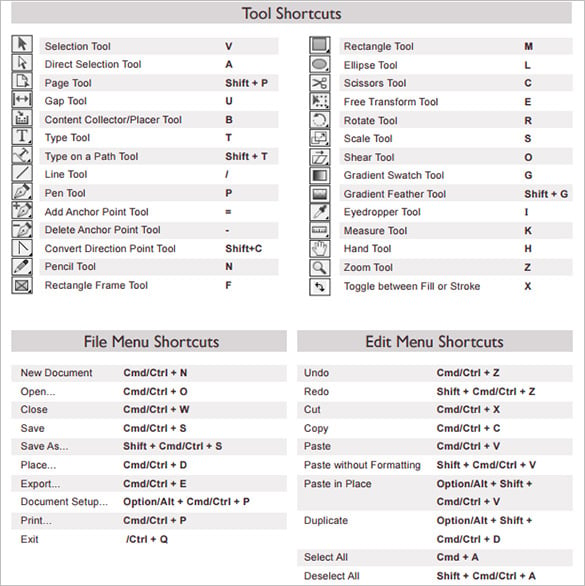 www.academyclassblog.co.uk – The Adobe Indesign CS6 is one of the more advanced versions of the Adobe Indesign software available to users today. There are many keys and shortcuts that can be learnt for those who are using the software and they can be downloaded here. 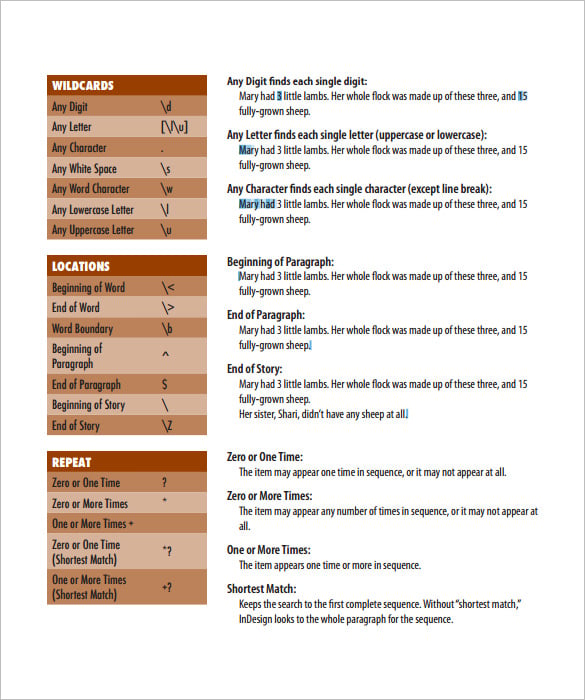 www.ericagamet.com – GREP is one of the more commonly used applications on the Indesign panel. For those who use a lot of time on the software, must be aware of the shortcuts. This is available on the GREP Indesign Cheat sheet and can be downloaded here. 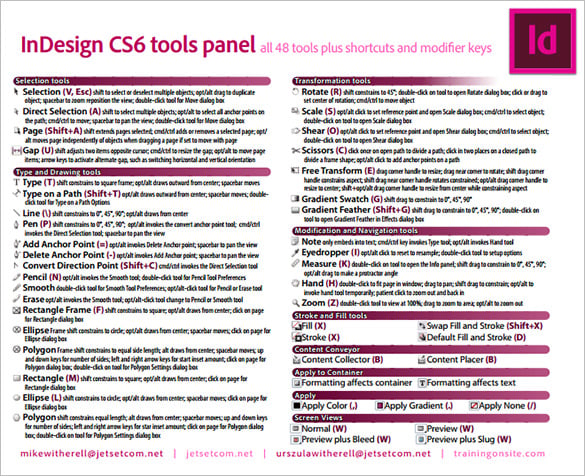 We are here with an extensive in design cheat sheet that will ensure a speedy performance for the In Design pros- with coverage on several shortcuts for In Design tools and many other functions like editing, type, saving, exporting, viewing and so on.