Although people fancy creating jeopardy game templates on their own, many almost certainly have little or no time to sit behind their computers to do this. And with the popularity and availability of high quality templates available, there may never be any need to create a free jeopardy powerpoint template in word, excel or ppt format from scratch ever again. A number of people rely on online tools; they create templates from scratch on certain websites, but there is often no difference from creating on your own. Now, here is the good news: you can download these jeopardy templates instantly with just one click of a button from this page. Get yours today. 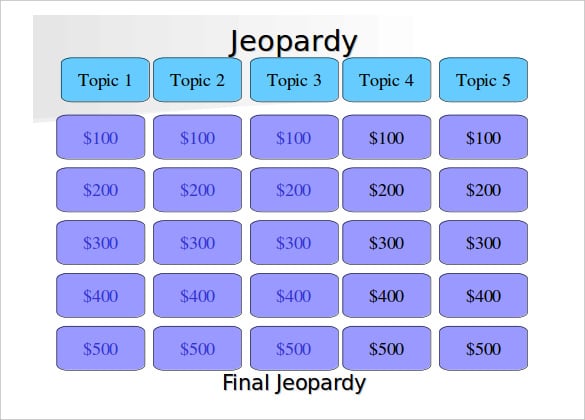 library.kapiolani.hawaii.edu | Want to play the famous Jeopardy game but don’t have the time to create your own? With this link, you get a readymade fun jeopardy game to play with your friends and families. You can also take ideas from this. 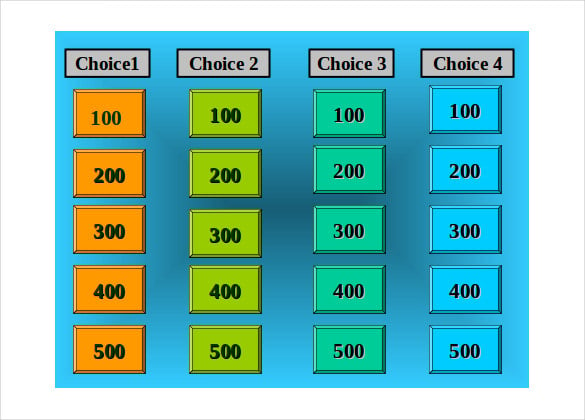 elainefitzgerald.com | A colourful and fun Jeopardy game created for you. Making your own Jeopardy game from scratch can turn out to be quite a task, especially when you don’t have a clear idea about how to do it. 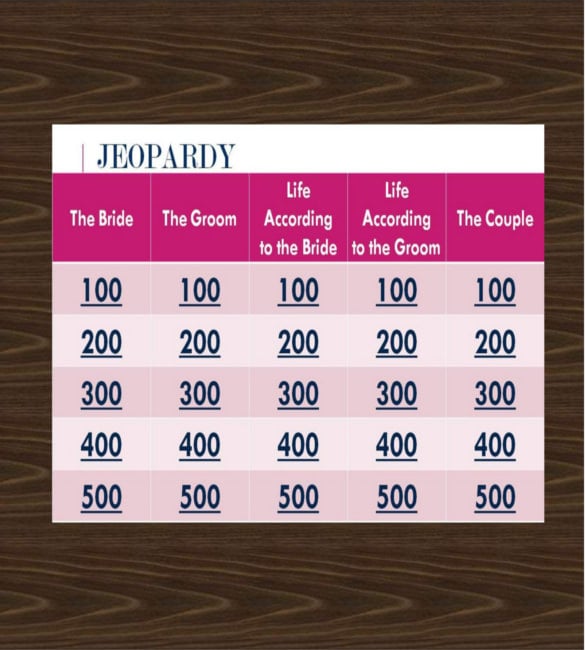 Want to play a fun Jeopardy game on your Bridal shower or Wedding shower or your Bachelorette party? This is the perfect game for you. It is a customised wedding jeopardy game and it is a fun way to entertain your guests.

Printable Christmas Games for a Crowd

Christmas is the most awaited time of the year. You can now play fun games with your friends and family. Here, you get four printable Christmas games for all your holiday parties. Includes Christmas Jeopardy, Christmas Don’t Eat Pete, Christmas Carol Game, and Jingle Mingle. 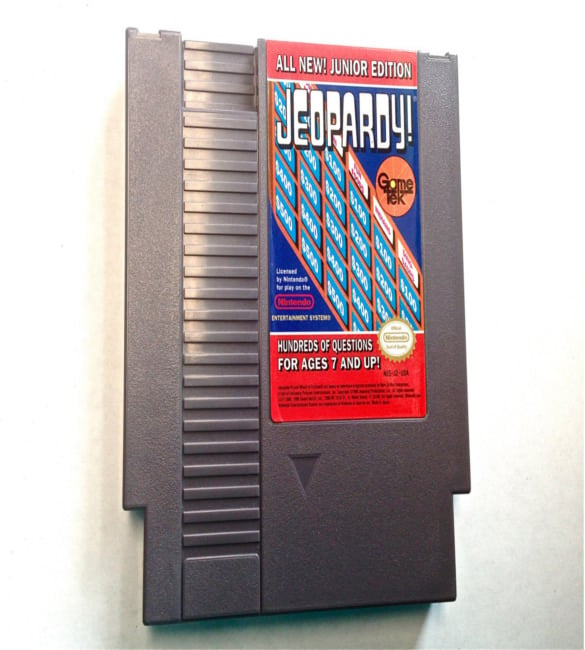 This is a very exciting and full of fun junior edition jeopardy Nintendo video game for your little one? Want to keep your children occupied while you are swamped with work? This is the ideal game for you.

sctritonscience.com | Jeopardy is actually a classic game show. The show features a quiz competition in which contestants are presented with general knowledge clues in the form of answers, and must phrase their responses in the form of questions. This is a readymade jeopardy game with sound effects.

This is an online Jeopardy game which has variety of math problems with numbers. It is a great game for middle school students and also a good way to keep them busy. This is work and play together. 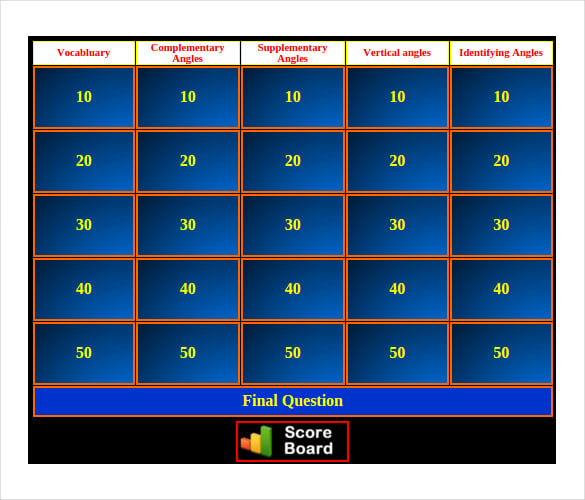 It is an online jeopardy game. It can be played by up to ten individuals or in teams. This is a mathematical jeopardy game which involves questions related to angles. A great way to teach math to your students. 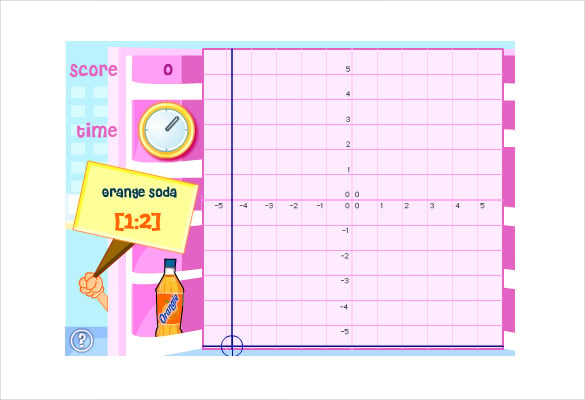 This is a great online game to teach your students about coordinate plane. This game requires the player to stock he shelves with drinks in their exact position in a limited time period, which is two minutes. 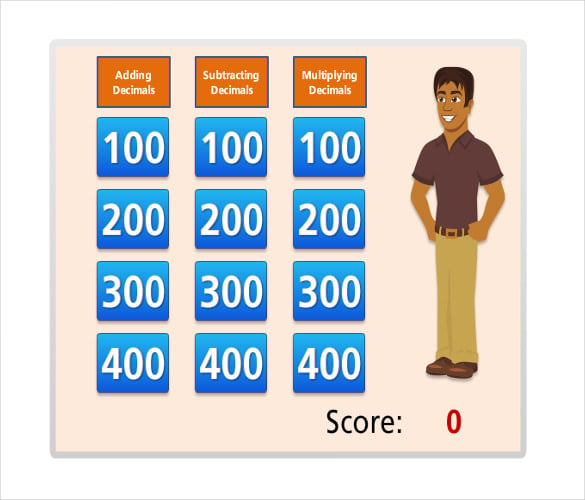 The decimals jeopardy game is an online mathematical game. This game will help your child or your student in learning how to add, subtract and multiply decimals. This is great way of teaching where your little one gets to have fun as well.