A football depth sample chart helps in easy organization of the entire football team. Such football team templates are designed to feature placement of starting players as well as secondary players in the team sample list. In most of the cases, starting player gets listed on top while the back-up is listed below. The visual data offered by the chart assures easy understanding of the team arrangement. You may like sample gantt chart. 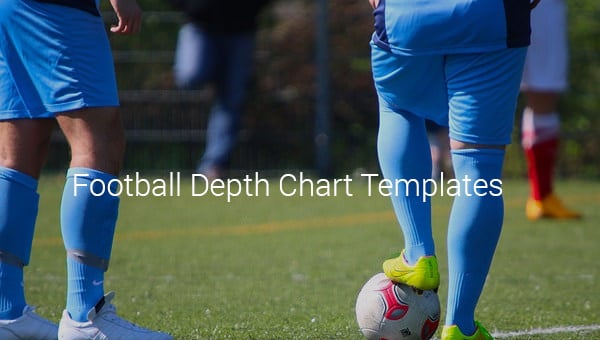 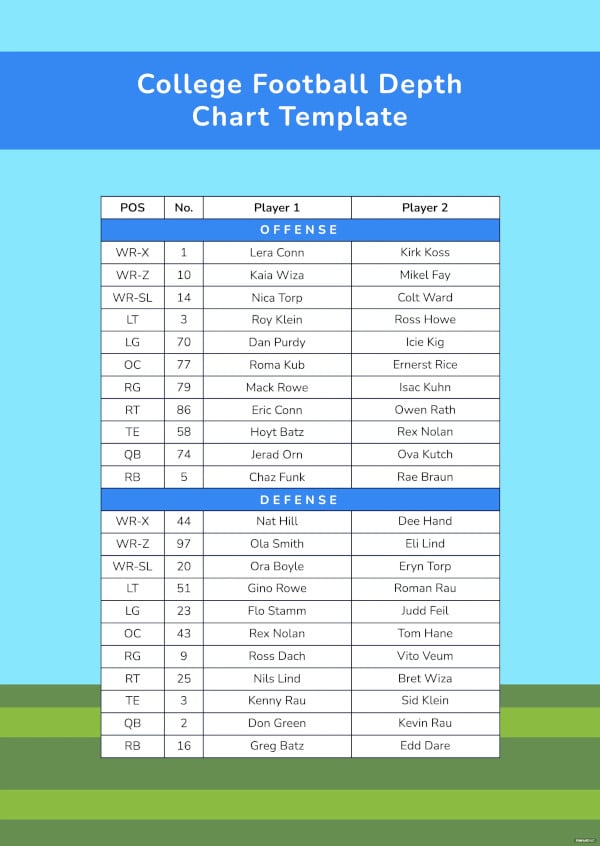 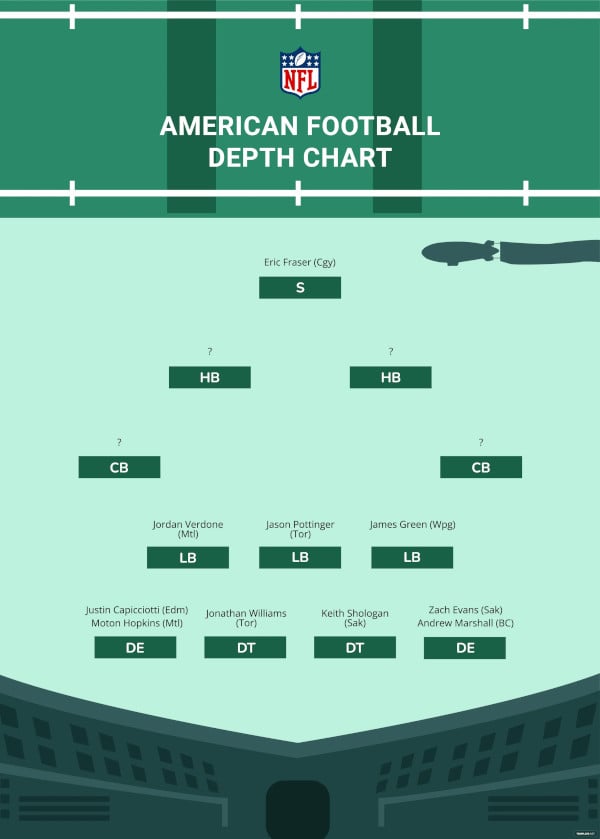 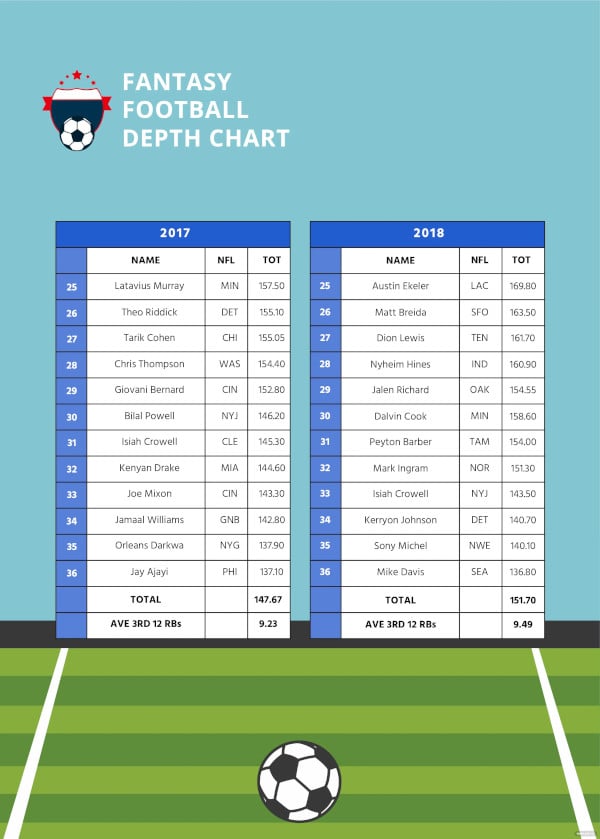 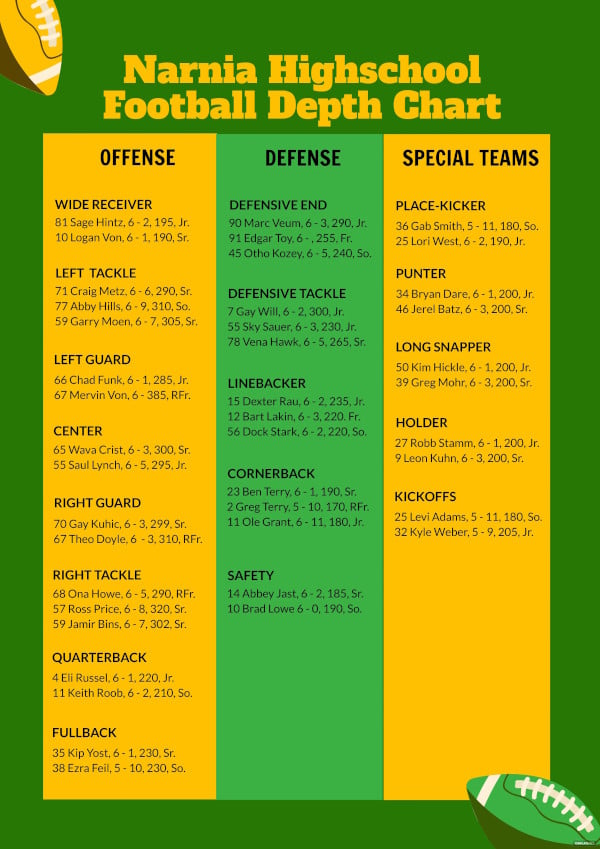 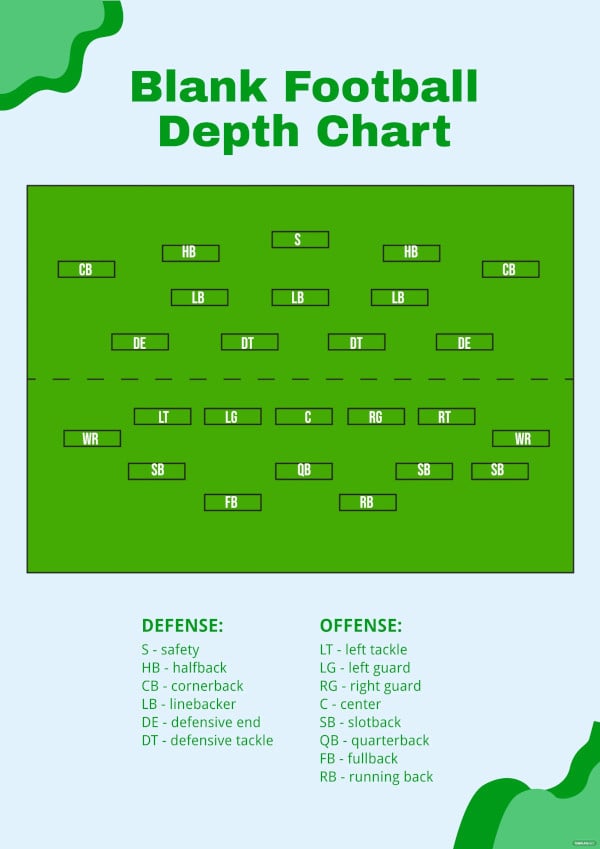 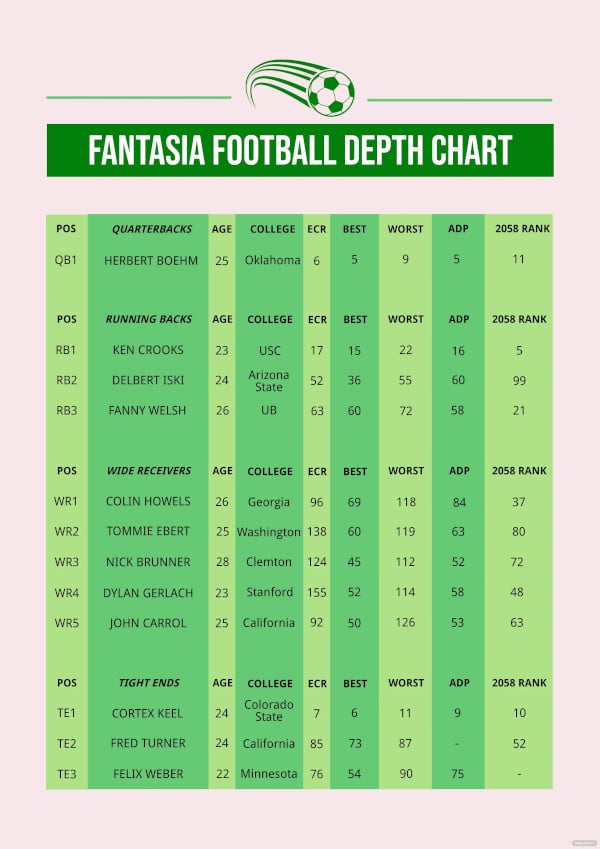 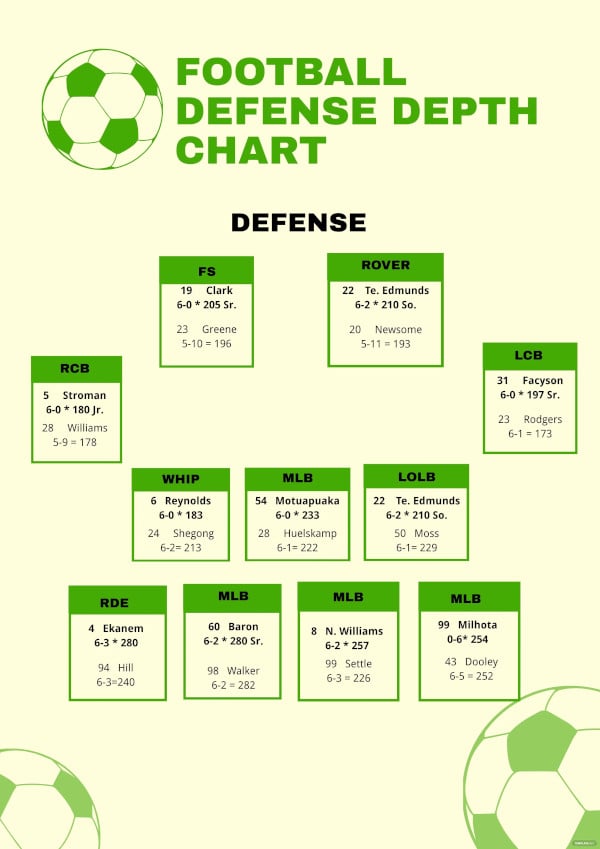 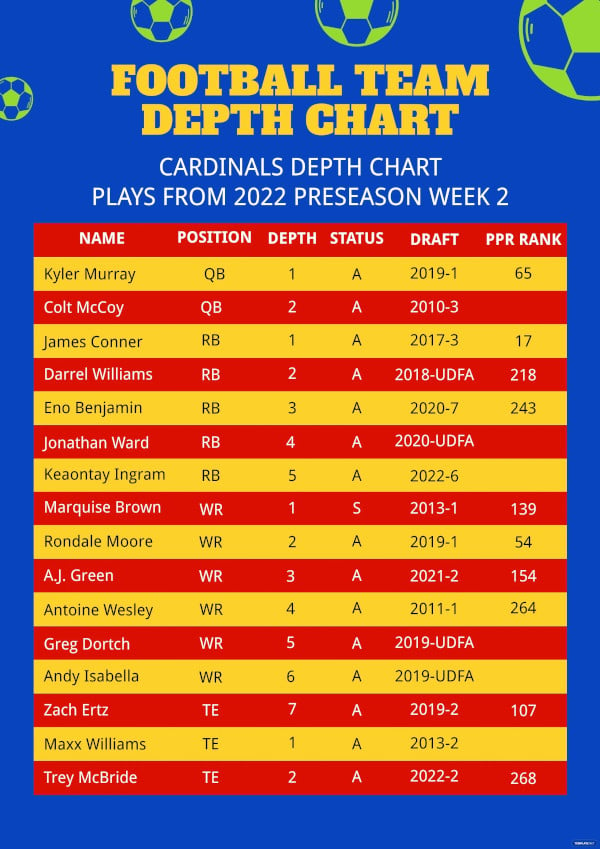 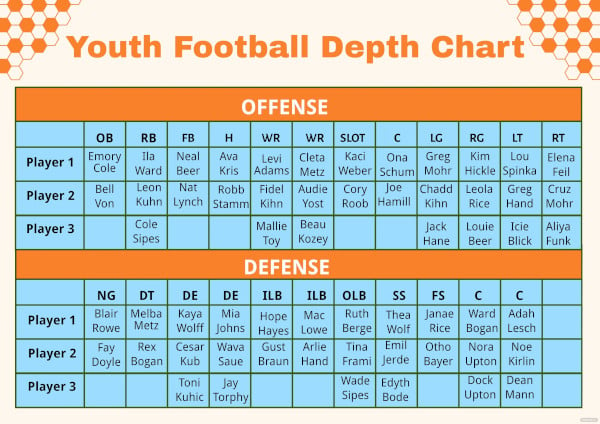 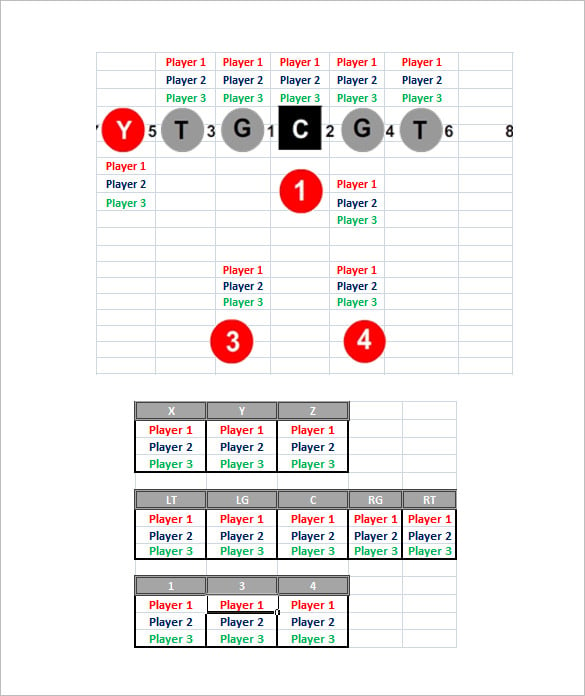 youth-football-plays-and-formations.com | This youth football depth chart Excel lists the names of the players and their positions in the youth football team. It comes with a readymade structure that could be modified easily. 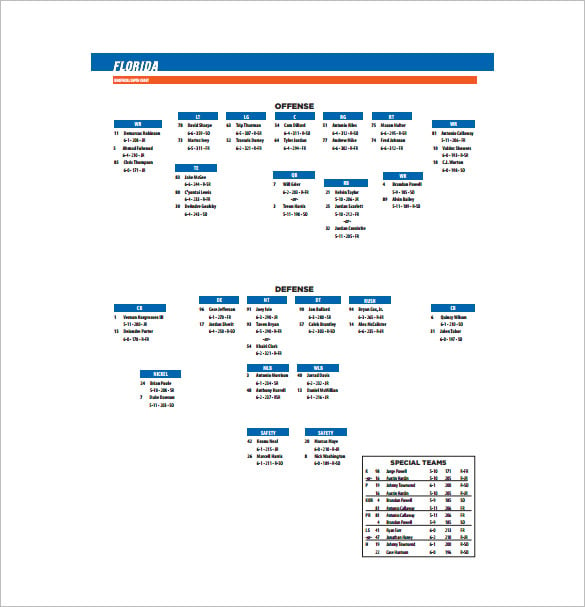 gatorzone.com | The Florida football depth simple chart is an exact representation of the game tactics of Florida football team. The chart shows the offense and defence line up and the positions that each player holds in the field. 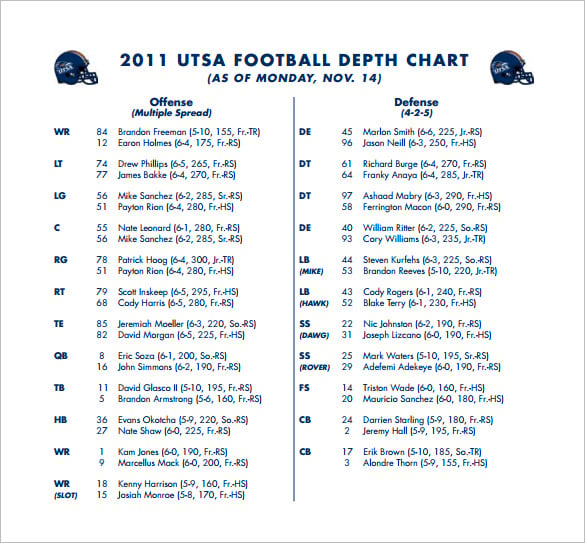 goutsa.com | The UTSA football depth chart provides information on players and the position in which they play. It shows the offense and defence line up of the team and the positions each player holds. 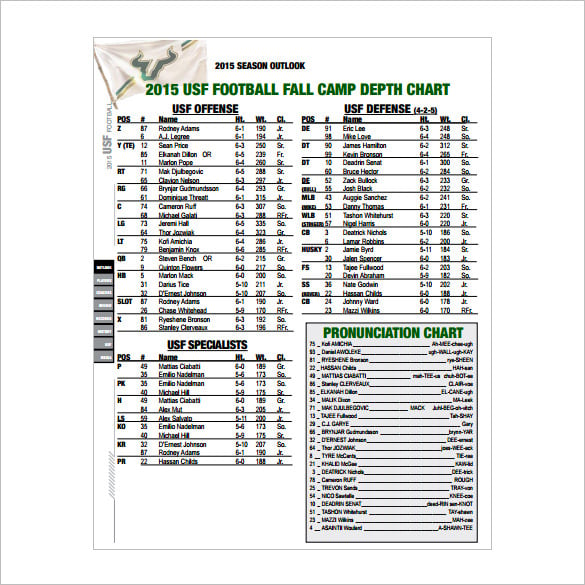 admin.xosn.com | The football camp depth chart format provides a descriptive insight to the USF football team. It shows the offense and defence line up and also the specialist players in the team. 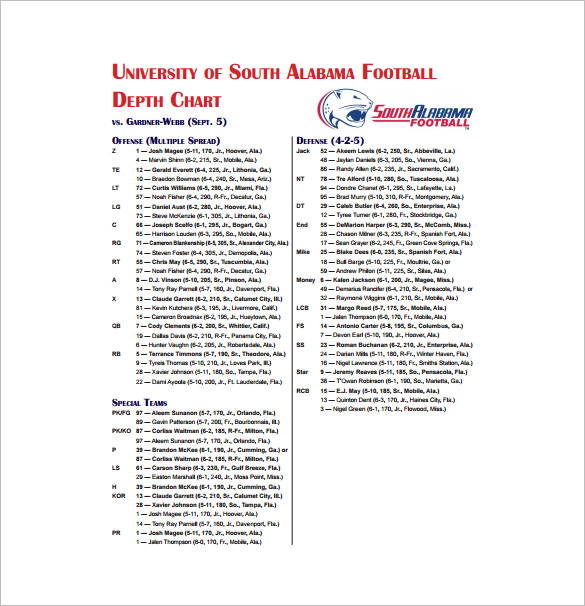 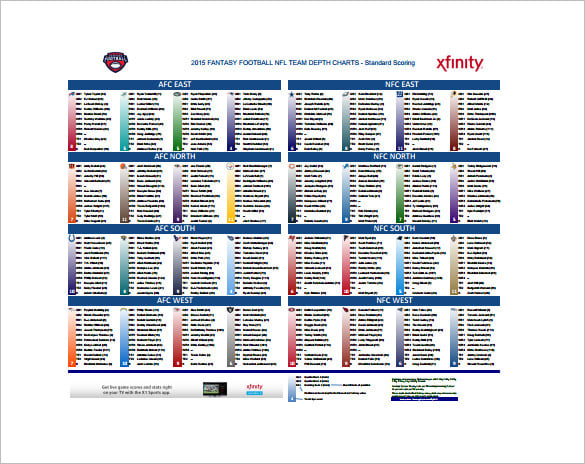 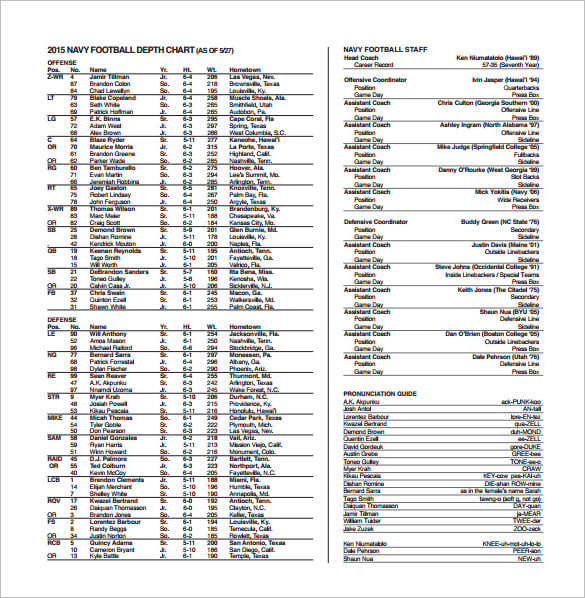 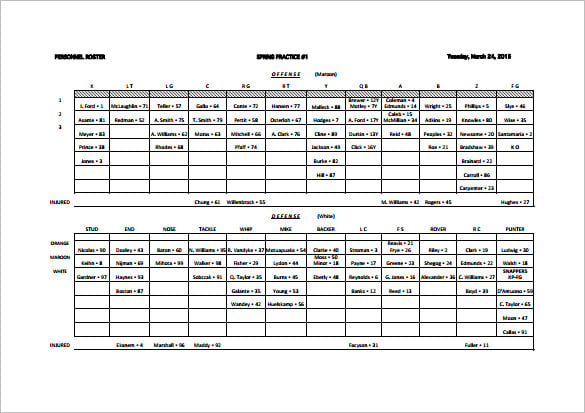 hokiesports.com | The format of depth chart free download templates provides you with the format of drafting the football depth chart. Two separate tables are depicted for providing chart of defense and offense team. All information is depicted in clear manner so as to avoid any confusion while playing. You can aslo see more on spreadsheet tempates. 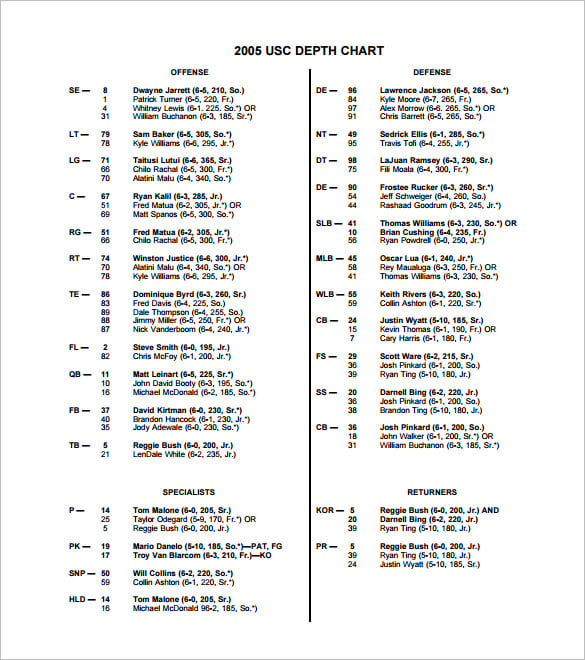 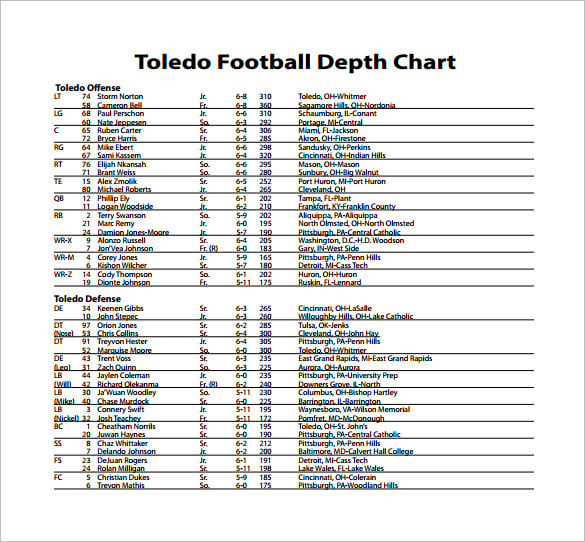 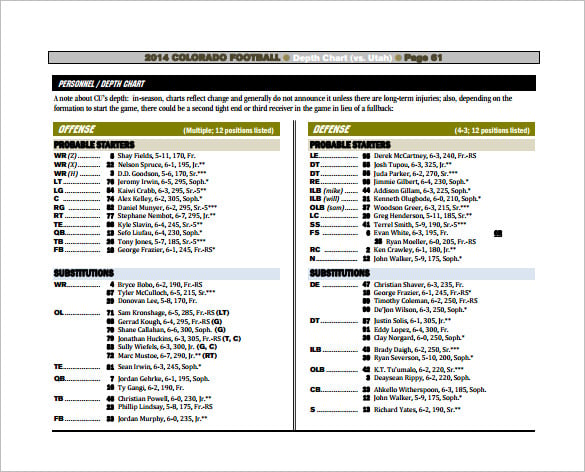 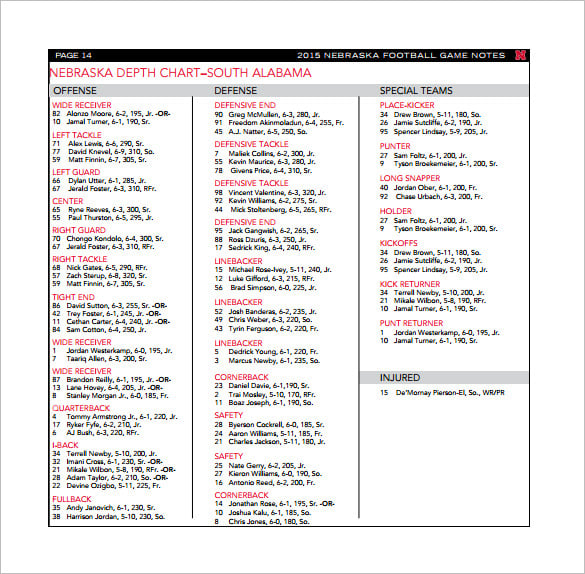 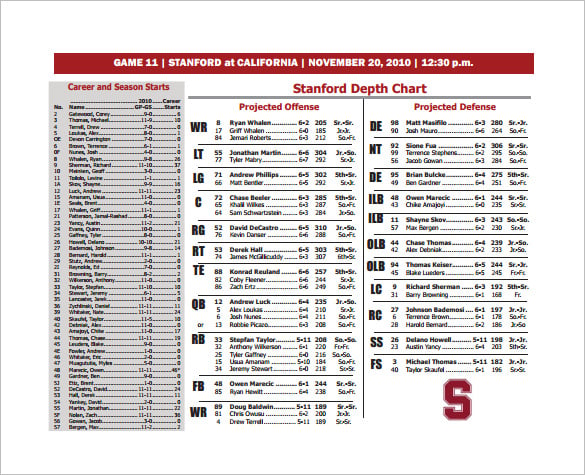 A football depth chart template format can also feature the players as per their designated position on the field- such as quarterback, kicker, wide receiver and so on. These Free Chart Templates are great time –savers as they offer you a readymade depth chart where you would simply need to insert your specific team data.

Why is the Football Depth Chart Template Needed?

The football depth chart template is needed for drafting the depth chart for a game of football. Preparing this chart becomes quite a task which needs utmost carefulness in it as one mistake can spoil it totally. This template provides you with a format in which you can just simply change the names of the players of both the teams i.e. defense and offense and your editable chart will be prepared within no time. It is also needed as samples when you are drafting football depth chart on your own. Also, it is needed for announcing names of players correctly by providing you with pronunciation printable list.

When is the Football Depth Chart Template Needed?

The football depth chart is needed at the time of playing the game of football in order to provide the players with their placements on the very field. And the football depth chart template is needed at the time of drafting these timeline charts. It helps in making the task of organising whole team a lot easier for you by providing you with format and examples. It is needed when you need to depict the chart to someone like organisers, announcers etc. because if chart is messy then it will become complicated for them to understand it so this template is needed for drafting clear depth charts.

Football is a game in which a large number of players are included as compared to other games which make it a bit difficult to organise things sometimes. By downloading football depth chart template, you get various benefits like it helps in depicting data clearly so that it become easy for viewer to understand it. It helps in organising as well as depicting the placements of entire team members like starting members will be listed on top, then secondary players and so on. Also, it helps announcers to announce names of players properly by providing them with the list of all names along the way how to pronounce them in a correct way which helps in avoiding any confusion while game is going on. These templates help in saving your time and efforts as well by consisting well drafted formats for drafting these depth charts. The football depth chart template is easily available on the internet and can be downloaded with just a single click. There are various options available for you so that you may select and download that one according to your needs. All these templates are well formatted and make it very convenient to draft the football depth chart.

View All Football Templates
Available in