It’s 17 degrees in New York City. The weather is comfortable. It’s perfect for starry-eyed teenage girls and young women walking down 5th Avenue, trying to take everything the city of bright lights and big dreams has to offer, even just with their eyes for now. You may also see

Tonight they will be waiting for the simple billboards in Madison Square and upper East Side Manhattan and endless ads everywhere they look, featuring the most beautiful, most popular faces in the fashion industry, wishing that soon they’ll be one of them. And if you have lived half of your life dreaming of becoming one, you’ll surely be waiting for your turn too. It doesn’t hurt to dream. But it doesn’t hurt to start making that dream happen either, by finally sending applications and getting signed by an agency, no matter their popularity or lack thereof. Besides, if you’re serious about seeing your very own face in one of the posters, billboards or your favorite magazines, you’ve gotta start somewhere. 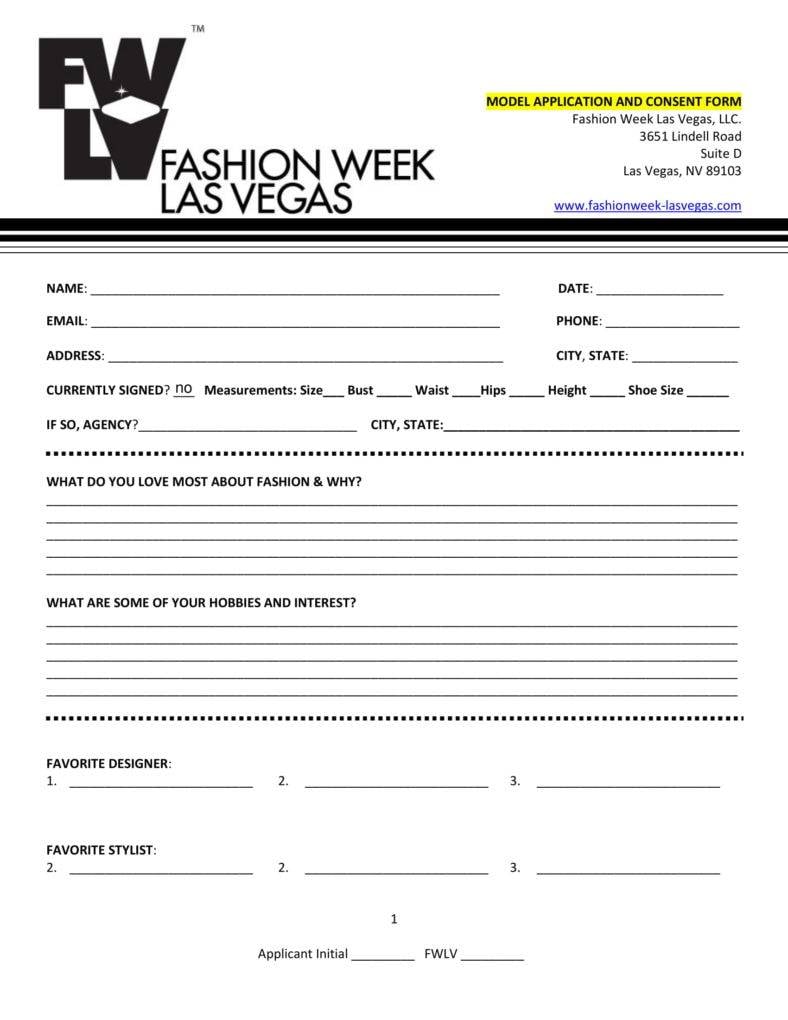 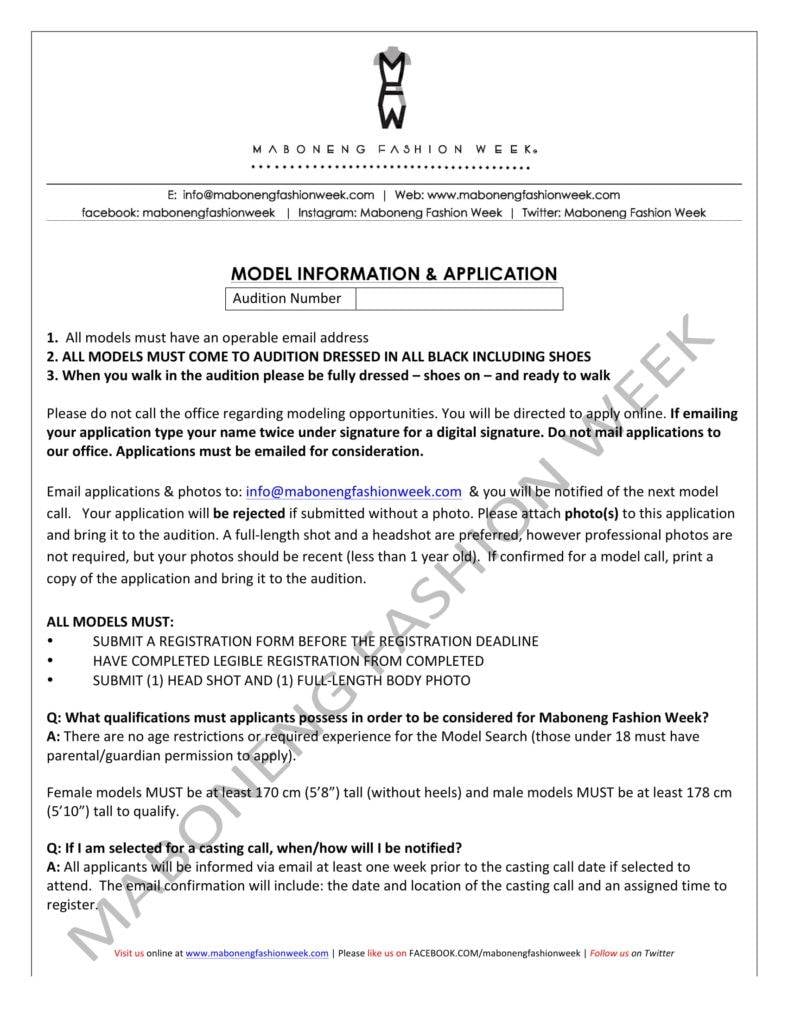 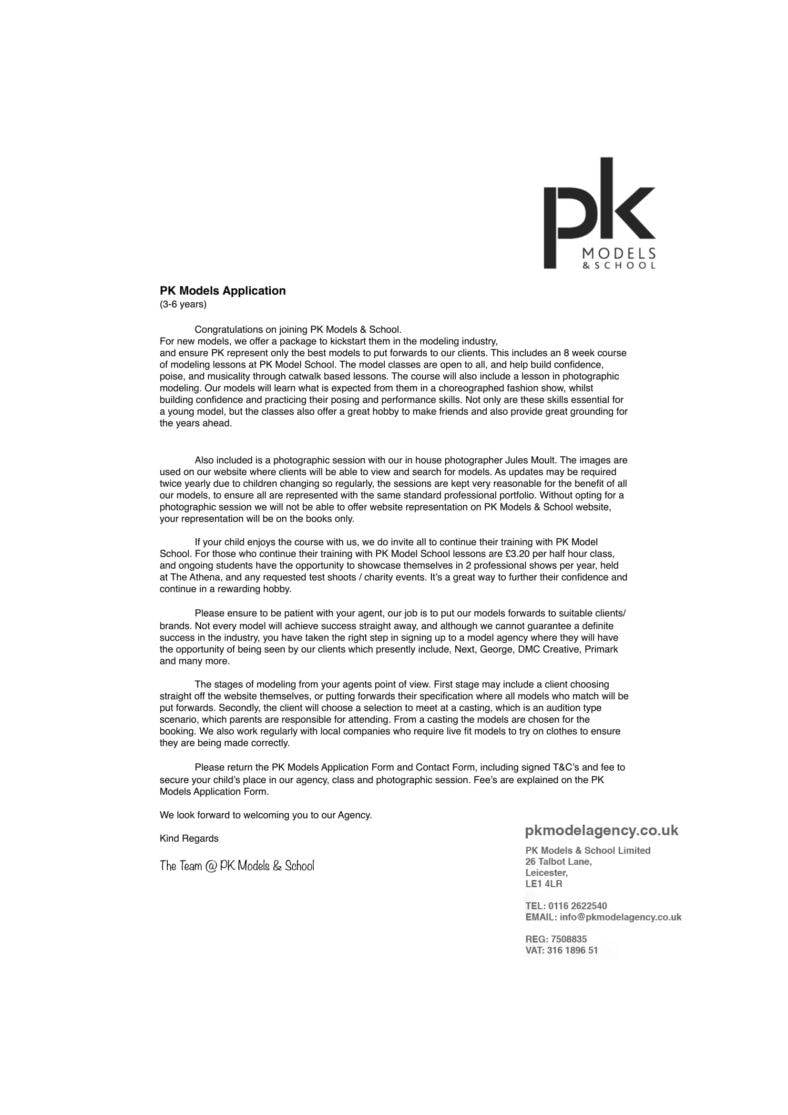 In an attempt to answer fashion’s petty whims, the biggest modeling agencies are always on the lookout for new talent and for the type of models that would stir the names of their companies to even greater heights. For any aspiring model, the agency that would fit her best can be a big step towards her modelling career. Getting signed in a reputable and trusted agency can pave the way to magazine shoots that would make a model’s portfolio marketable on top of opportunities for walking the runways of the biggest brands during fashion week, in the world’s biggest cities, as well as scoring ad campaigns, left and right.

An agency may just strike gold with a girl who would fit every photographer and designer’s dreams which would then make them richer by receiving 20% out of everything the model would earn not to mention also receiving an added 20% from a model’s rate for each brand booking. This is why modelling agencies do not fool around when hiring the models they want to work with, out of the hundred application forms they receive every day. But what is it that they’re really looking for?

The Commercial Side of Modelling

If you get the chance to open a non-fashion magazine, you will see the models in the ad pages. This will help you get a general idea of the different types of models in the industry, because high fashion, contrary to what others believe, isn’t the only one you can enter and be good at. There are a lot of models that are hired to take on commercial shoots, in almost all shapes, sizes, across a wide age-range. You will also notice that a most of them aren’t the thin, 5 foot 9, willowy, “legs everyday” models but instead cut through the stereotypes, looking like “real” people, because they have to portray people with regular roles and look the part. There would also be an equally vast selection of commercial models for television and other ad campaigns. Their faces can be seen on almost everything you can put an advertisement on, from food packaging to posters, internet, mobile phone advertising, and many more.

Models in this side of the industry doesn’t get paid as much as those who travel around the world to do high fashion shoots and runway shows, although the paycheck can still be very good. It’s just that the fee is mostly nominal for when you sign a simple contract for your services although you still get an opportunity to score lucrative deals on national ad campaigns. If you’re lucky, you might just find yourself one of the models on the Superbowl ads and that’s a lot of money for sure. Commercial modeling may not be as glamorous as high fashion but it is the stronghold of the industry, and it is where a great deal of modelling jobs are found.

Be Yourself And Be Okay With It

Modeling isn’t limited to being pretty. In fact it isn’t about being pretty at all, because the world is full of people who are beautiful. If you want a flourishing career in modelling, you should strive to have your own look and own it. There should be something different about how you look and how you’re built. You can’t be superficial. A lot of models these days are marketable because there’s something different, even odd about them and what people in their child find “ugly” is surprisingly what sets them apart in the best way possible, from the rest. Take Cara Delevigne who, like Kate Moss, is no taller than 5 foot 6, yet Cara has eyebrows and cheekbones that lit up Vogue editorials. Embrace your look, because trying to be the next Gigi Hadid by copying everything about her, won’t get you there. You may also see application form templates.

There are more than one type of modelling. You can focus on what you think would suit you best, or, if you’re daring enough and loves a good challenge, you can try them all, for what they’re worth. Before getting excited though, you should understand what type of work different types of modelling demands. Is the catwalk your every dream, or do you prefer the idea of private, exclusive events? Do you think you can find a bigger niche in photo shoots? Let’s try again with a few helpful information below:

The most in-demand models in the industry ideally have endless bookings for editorial shoots, top designers, and of course, the runway for the season’s fashion campaigns. The industry has cookie-cutter requirements for age, frame, body measurements and height standards. The ideal age ranges from as young as 13-21. Of course you will still see supermodels in their late 20’s heading the catwalk, but that’s because they are already established, and their names alone sells shows and products by a hundredfold. Agencies however, would tend to hire and develop those who they think can follow the footsteps of the likes of Miranda Kerr, Giselle Bundchen and more. Height would be between 5’8”-6”, bust should be 32”-36” and you should have a teeny tiny waist of about 22”-26” with hips of between 33”-35”. Imagine the pressure if many meets such impossible standards. Size zero, anyone? Of course most women don’t have such a body that’s why the few who does, are models who get paid an awful lot of money. If you don’t meet the standards, that doesn’t mean you can’t walk the runway because you may still have something about the way you look that would still be catwalk-worthy. You may also see employment application forms and how they work.

Catalog modelling, like fashion is very specific that’s why they are also the most profitable. Models often find themselves getting the most lucrative deals while being less restrictive, in catalog or print modelling. The height requirement can be between 5’7” and 5’11” and measurements are usually 32”-35” for bust, 33”-35” for hips and 22”-26” for waist, although currently, there is a growing market for plus size women, that is why you may just as well find a good modelling contract for print even if you don’ have the same body type, bordering on already being plus-size. You may also like membership application templates.

Have you ever seen the women on Sports Illustrated swimsuit issue magazine covers? They look all-American, girl-next-door, California-surfing carefree lot, don’t they? A bit different from those who graze the runways of high-end brands fashion shows. That’s because lingerie and swimsuit models also have specific requirements, with slightly bigger bust from 32”-35” C cup, waistline would be between 22-26 and hips is the typical 33”-35”, because after all, the goal is to sell swimwear and underwear.

Whether you want to try television, commercial, brand, etc., measurements will always differ depending on which one you want to work in. There are times though, that they can still be the same, if you’re one of those “chameleon” types who can work across different types of modelling. You may also see how useful are job application forms in recruitment.

Tips in Applying to Be a Model in Reputable Agencies/Companies

The biggest agencies in the world have a common platform, and tend to be universal. Check which one you see yourself working for and with, by looking at what they have on their current roaster and taking down notes for information and requirements for application. You may also see college application templates.

You don’t have to hire the most famous fashion photographer in New York City or Hollywood just to make your portfolio attractive. You don’t have to be paying expensive fees for professional photo shoots because agencies want to see you “au naturale”, which means they want raw, honest shots. It’s actually as easy as sending them a minute-long video of yourself. You may also like sample hr application forms.

As what have been stated previously, agencies want the most effortless beauty pictures, you with only a hint of makeup on, hair that doesn’t appear like it’s been made up too much, a pair of jeans, and a simple shirt. Show them you’re comfortable and proud of what you look like, and it’s up to the industry to dram of what hair, makeup, and a thousand clothes they can make you wear. You may also see job application form templates.

4. Be a people person

Models who are built for success aren’t just images on billboards and ads, they are real women, real people with lots of personality, drive and passion for what they do. Because no model has ever made it on top without wanting it very badly. Today, with the advent of technology and social media, models have the biggest platforms to take advantage of. You become moe marketable when you’re okay with showing your goofy side, your human side, your off-duty side and most of all, your human side. Social media gives you a voice. You aren’t just a face. You earn more respect of both the industry’s biggest personalities and the end-users of the brands you’re representing when you use your voice to be compelling and influential.

Today, even the models who aren’t as famous and as incredibly known as those who are regularly seen in the industry’s biggest fashion shows and campaigns still have an opportunity to gain a great following on social media and voice their views in a way that they haven’t been able to, for decades. For the models of the 90’s and past decades, modelling seemed such a silent profession and saying what they feel or having opinions of their own, seemed almost unheard of. Social media platforms became such a major part of a model’s selling power, often as marketable as what’s on their measurement cards. 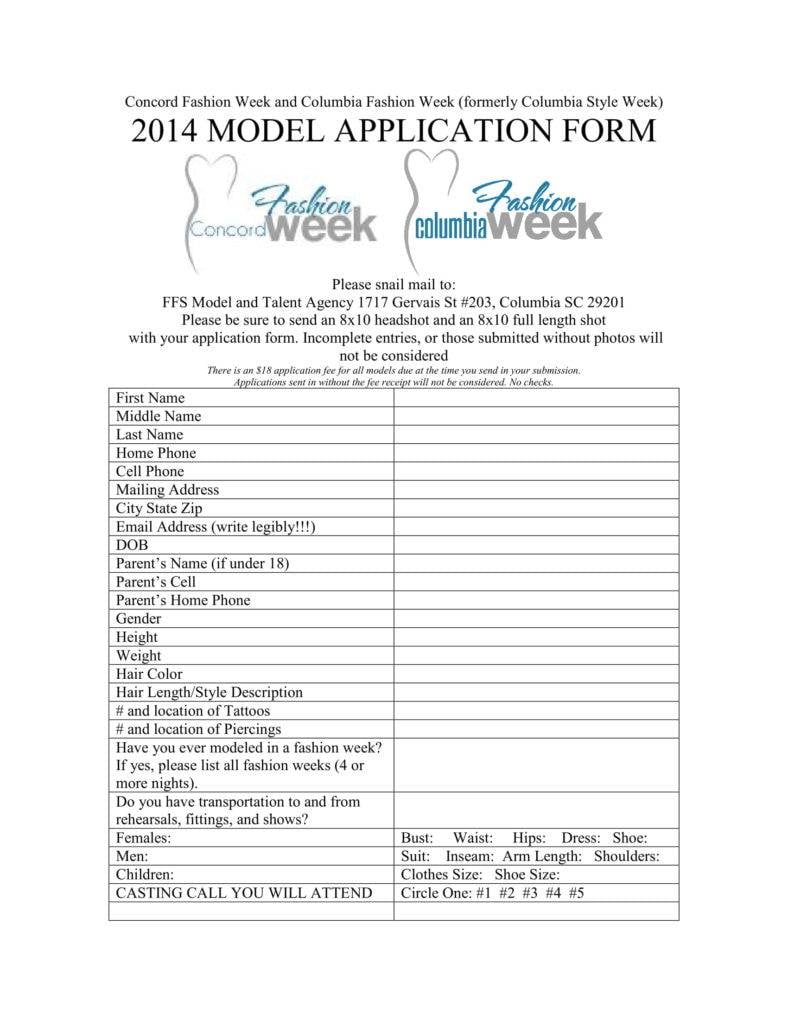 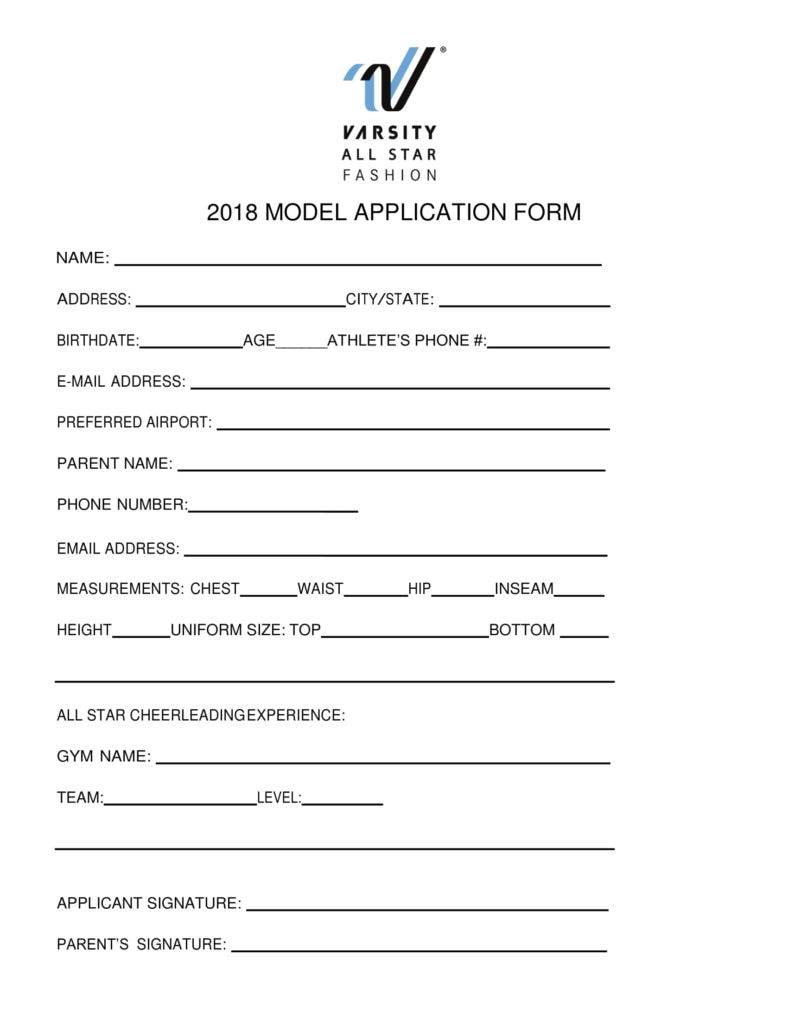 Many also use social media to have their say on the industry’s biggest pitfalls, like labor exploitation, body shaming and sexual harassment, bringing these issues to the fore and refusing to let the industry shut down the most important debates that haunted it for years, for all its glamour and proving that being a role model, is as real as modeling gets. That it’s not about showing people how they can strive to look the way you do, but rather it’s about using your freedom to show them that it’s okay to celebrate being themselves. You may also see school application templates.