The basic Metric Conversion Chart Templates is the beginner’s guideline to refer to a table to convert the basic units of measurement such as length, volume, distance, time, speed and temperature. This chart aims to replace the chaotic collection of myriad units of measurement for the same factors and standardize the system of measurements. Available in Standard, Imperial and US systems, the basic metric conversion chart is more or less similar in all the three aforesaid tables. 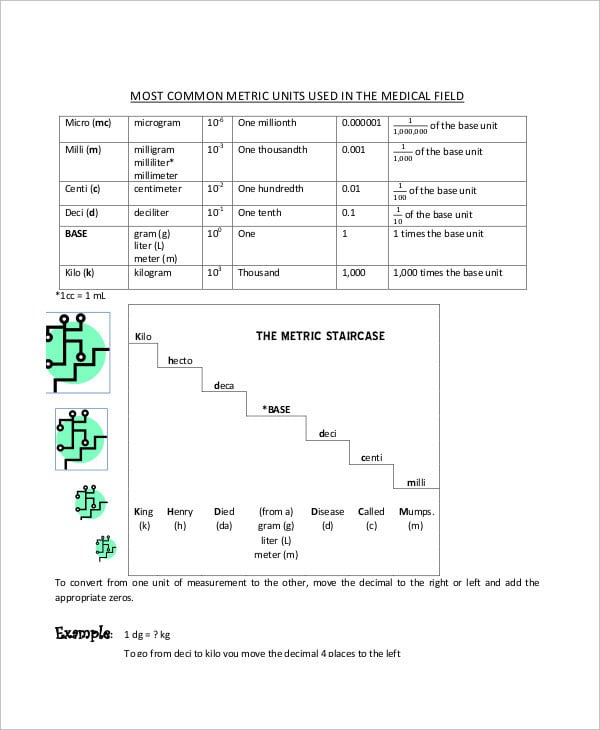 The Basic Metric System Conversion Chart Templates is exclusively used for the simplest units and calculations of measurement and comprises of units such as length, breadth, area, volume, temperature and light. 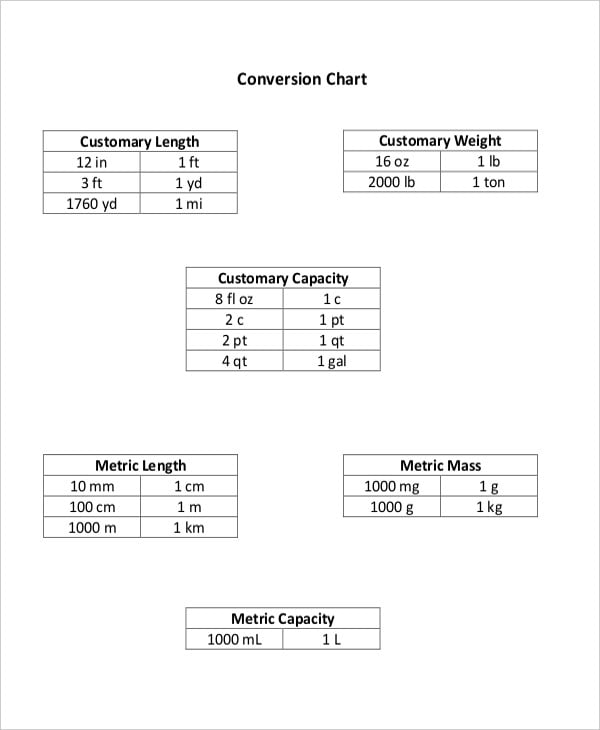 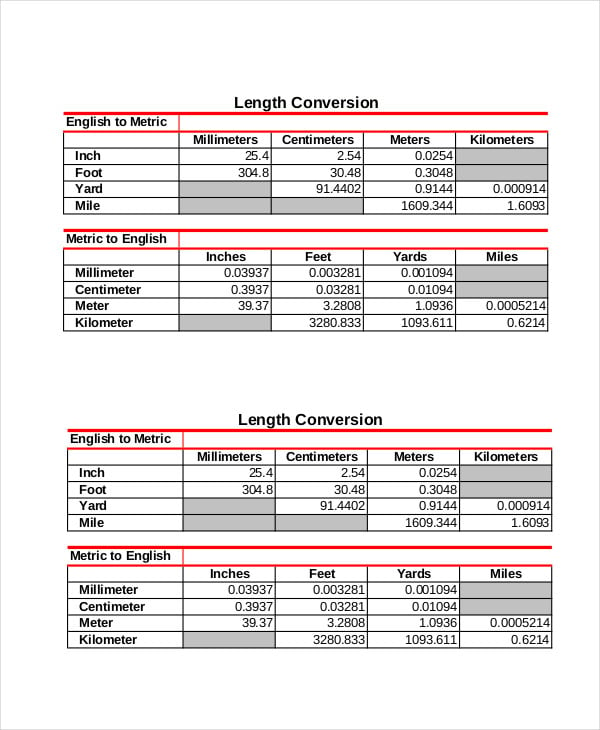 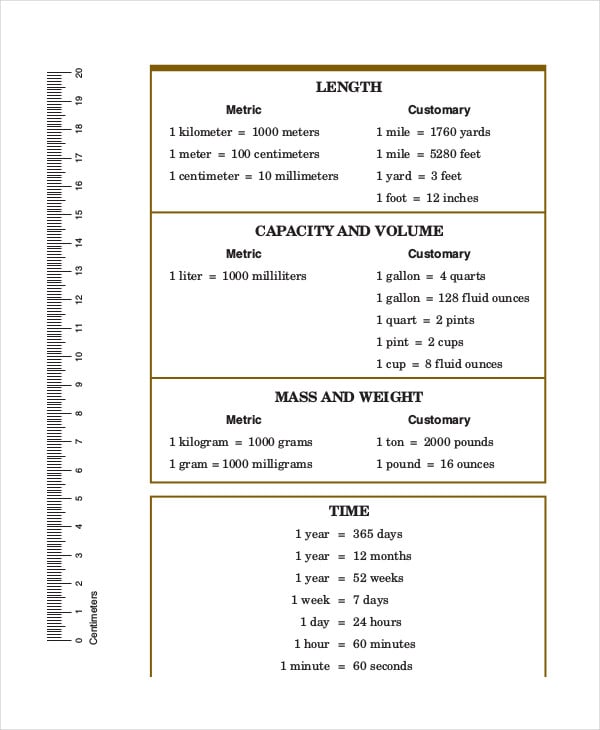 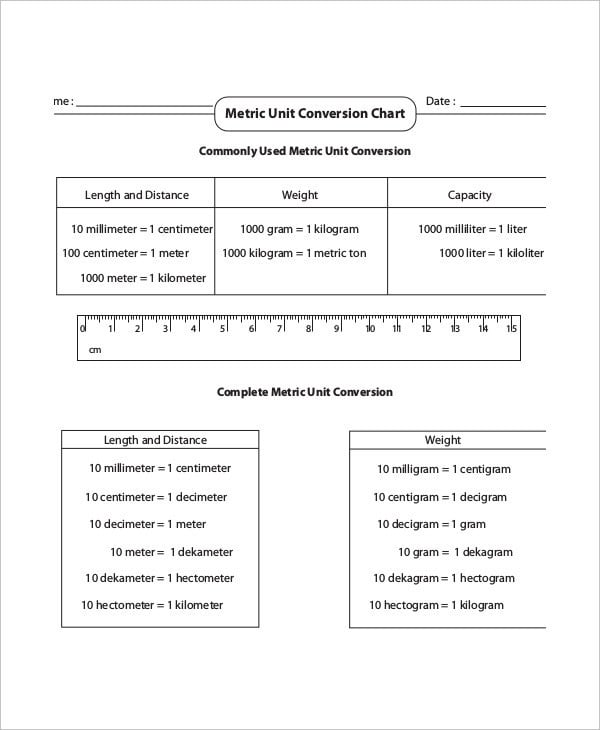 The basic metric unit conversion chart is used for calculating simple units of conversion such as length, distance, time, energy, speed and temperature. To make a couple of calculations, you can simply pick what you want to convert in the menu on the left and get your result. 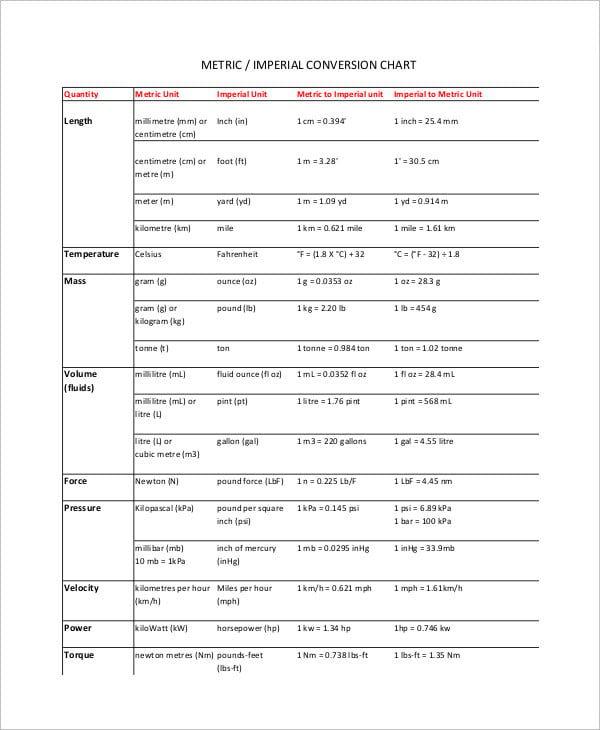 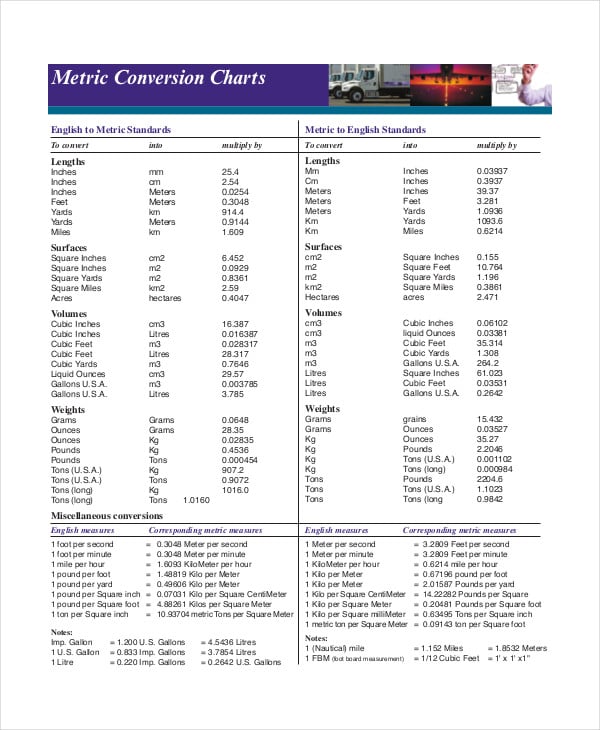 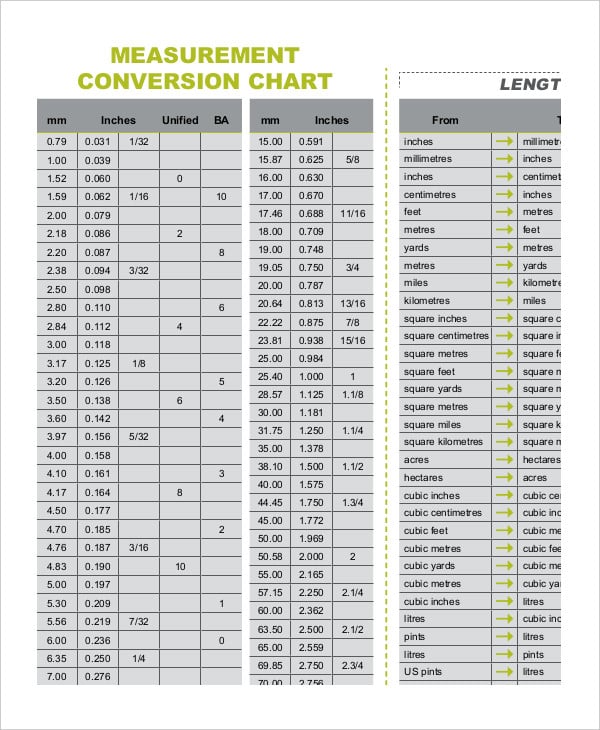 > How to use the Basic Metric Conversion Chart?

The Basic Metric Conversion Chart comprises of the fundamental units of conversion which can be widely used by one and all. The metric system or International System of Units (SI) is based on seven basic units for seven base quantities that are mutually independent. The quantities are length (meter), weight (kilogram), time (second), electric current (ampere), temperature (kelvin), amount of substance (mole) and luminous intensity (candela). All other units are derived from these basic ones. You can also see Metric System Conversion Chart Templates.

The basic metric conversion chart finds usefulness in academics as well as in numerous professions such as sully and delivery, health, fitness and food industry. Therefore, it is imperative to have a readily available handy document which can be referred to convert unit metrics in the least amount of time.

> What are the advantages of the Basic Metric Conversion Chart?

The advantage of using the Basic Metric Conversion chart is multifold. You cannot only save time and energy by refraining from indulging into complex calculations, but these charts are also structured in such a way that you get to pick out only what you need and leave the rest. The scales comprise of combinations of prefix and unit which make for myriad combined units.

Also, fractions are expressed in decimals in this chart. This not only makes the notation unique and comparable but also allows unit conversion without doing complex calculations – you can simply get your results by shifts of the decimal point. You can also see Simple Metric Conversion Chart Templates.

The Basic Metric Conversion chart is an imperative reference document for professionals especially nurses, engineers and chemists as well as for others. This chart not only provides an easy way to convert the units of the various metric systems but also saves you from the hassle from making complex calculations.