Art In Olympics: The Forgotten Story

For the initial four decades of the competition, the Olympics awarded official medals for painting, sculpture, architecture, literature, and music along with those for the athletic competitions. For the record, from the year 1912 to 1952, a total of 151 medals were awarded for artworks which were inspired by athletic endeavors. Even today, many Olympic fanatics are unaware that arts, along with athletics, were an integral part of the Olympics from the beginning.

Now, on the eve of Olympics 2016 in Rio, we are going to discuss a few such Olympic artworks which are creating waves among the public world over. 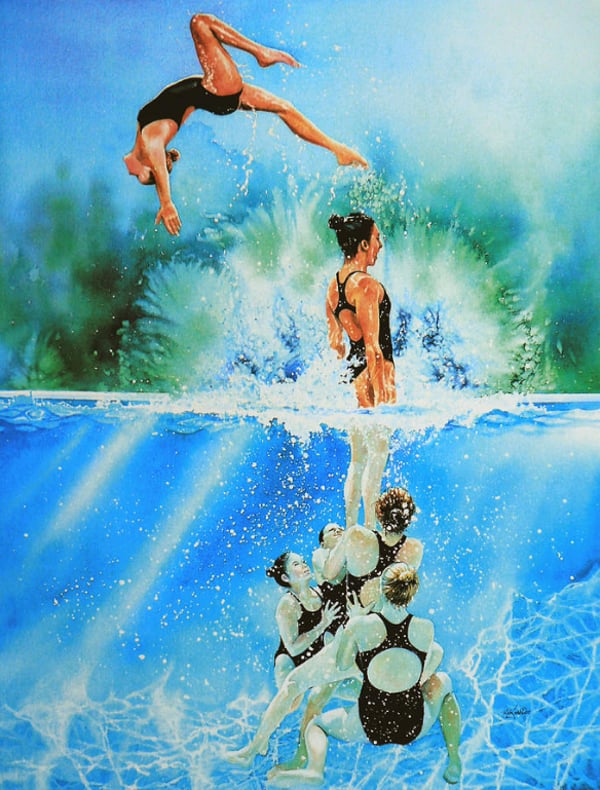 In Sync Artwork Painting was commissioned to raise funds for various swimming clubs throughout Canada and The United States from the sales of the prints. The artist has created this composition by using pictures clicked at a swimming pool. They had kept a camera underwater as well as above it, from the same angle. He has used various pictures and created his own version of it, by adding an imaginary background to it. 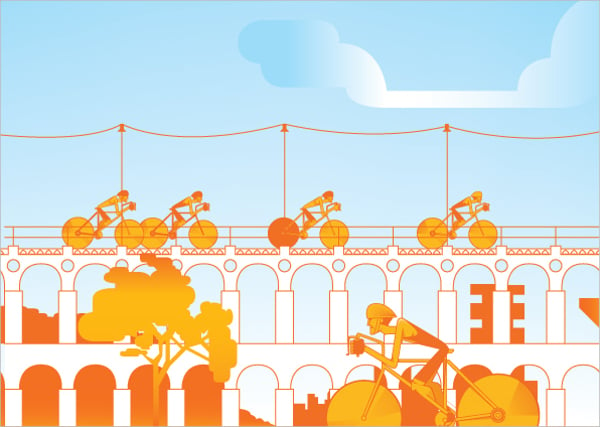 Artists over the years have always tried to encourage their fellow countrymen through their artworks. We have come across many such instances wherein a piece of art, be it a painting or a sculpture or any other form of art, speaks a thousand words and provide the athletes an even stronger inspiration to go out and give their best efforts on the field. 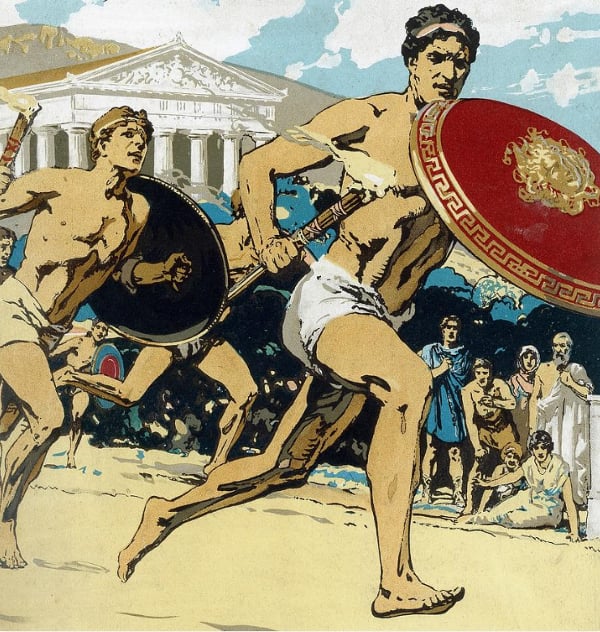 Ancient Olympic Games: The Relay Race Artwork, is a painting in which the painter has put emphasis on the importance of teamwork. Here, in this painting, you can see runners had to run and at the same time keep alight the flame and hand it to their fellows. It also depicts how the runners used to protect the flame with the shield. 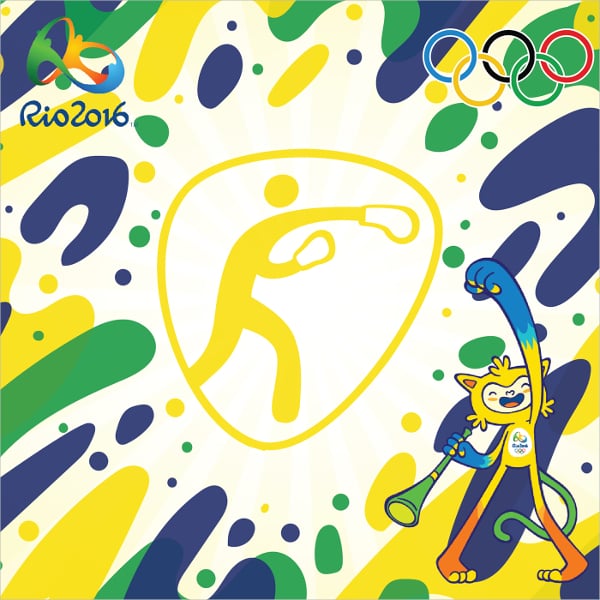 Many artists have tried their hand at creating masterpieces and they have used various sports as a medium of inspiration. Olympics Rio Boxing Artwork puts the focus on the boxing sport. They have used many symbols and icons to come up with some spectacular art pieces. 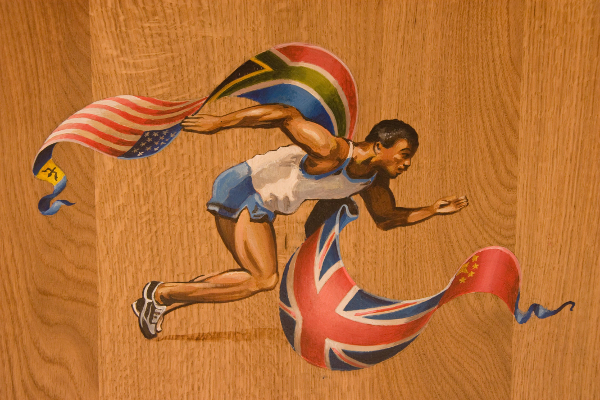 A new mural painting was unveiled recently in the wake of the Olympics in Rio, by the Dragons, who are known to create mesmerizing artworks to capture the imagination of kids. Now they have made an attempt to celebrate the Olympic games through their artwork. Mostly they have used water based paint like acrylic, with these artworks for durability. 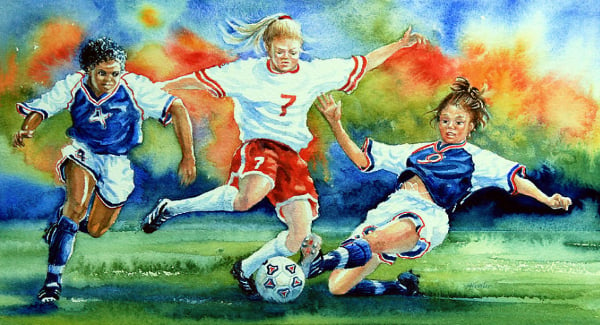 Sports have been a part of mankind since 2000BC but mainly it used to be played only by men. Only after the advent of Olympic Games, women got the chance to participate in games. Here, in these paintings, the painter has tried to pass on the message through some women figures playing soccer. The artist has shown the evolution of women in sports. 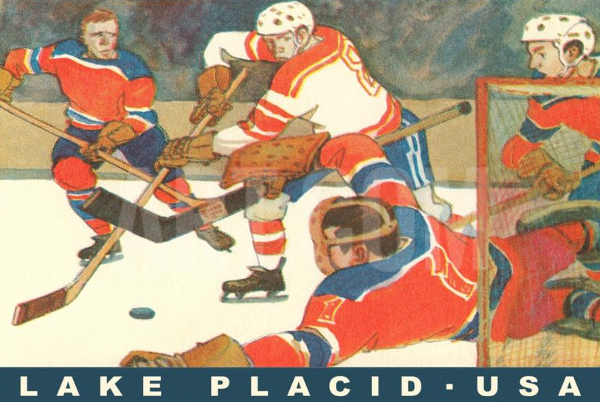 The painter here has showcased his artistic skills through this unbelievable piece of artwork and you can see his love for the game in it. He has shown various real game-like situations wherein you can see the intensity and desire to win in the characters depicted in the painting. 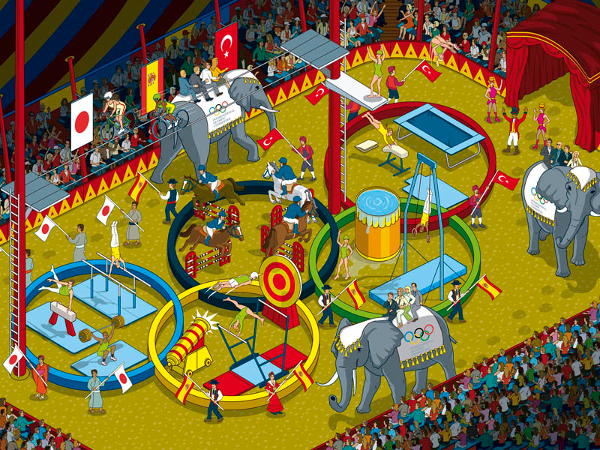 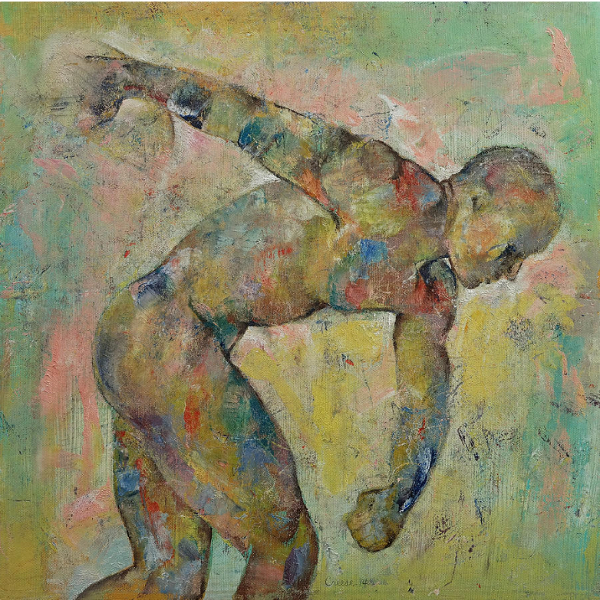 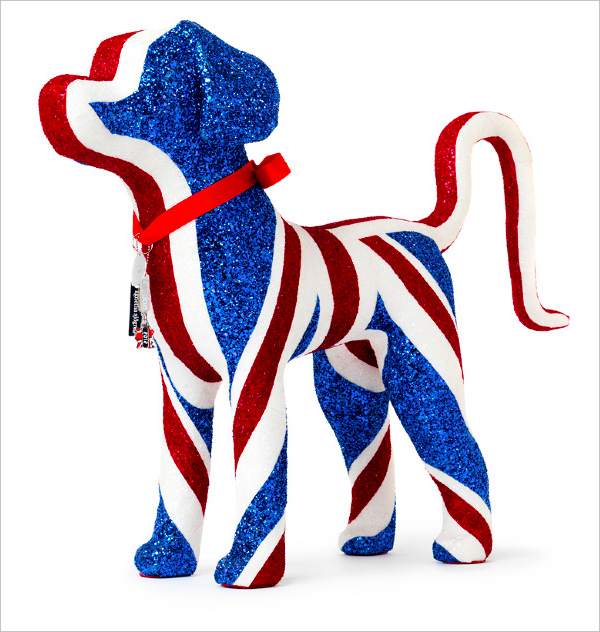 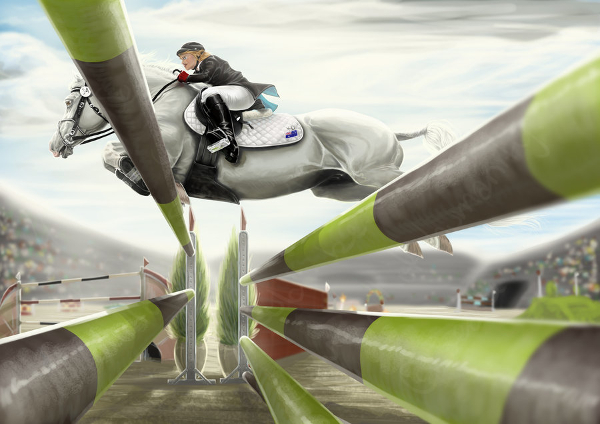 Fine Arts may not be a part of competition in the Olympics anymore but that doesn’t take anything away from its significance. One look at the Olympic Games, you can see its presence everywhere, be it in the logos, designs, or the mural paintings near the stadiums. Various artists all over the world do their bit in encouraging the sportspersons across the world through their creativity. And this trend is here to stay as it is a never-ending process.