As George R.R. Martin once put it, “Sleep is good, he said, but books are better.” You can’t really help but agree to this sentiment, especially if you’re a huge bookworm. There’s always something about books that makes you want to stay up late at night, turning page after page as if out to discover a hidden secret of the universe. After all, are not books our portal to a world more magical than ours?

Aside from the plot, there are plenty of other factors that keep readers hooked. Book illustrations being one of them. As much as we’d hate to judge a book by its cover, and the images found within, book illustrations really make for a more powerful read. They’re not only visually appealing, they also make our own imaginings even more vivid. 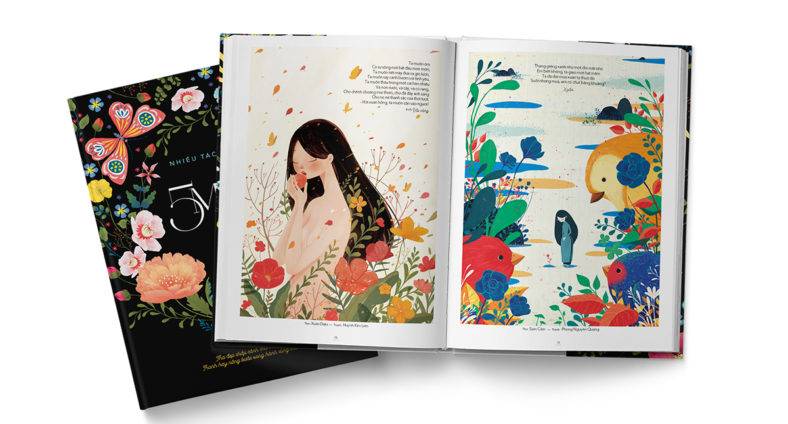 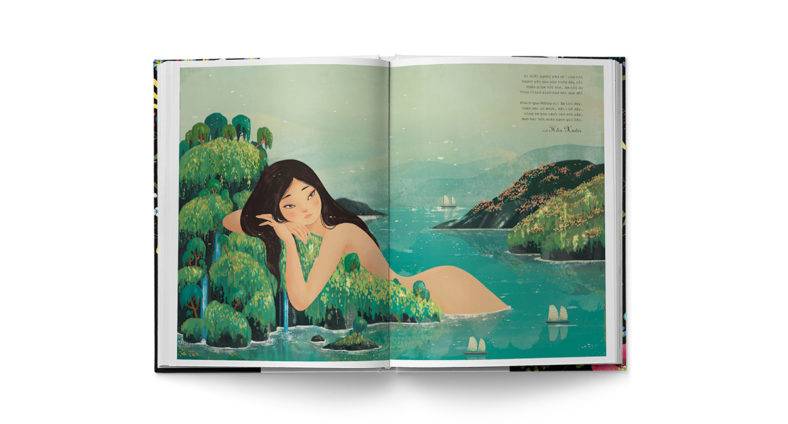 Five Seasons is a Vietnamese Art-Poetry Book containing poems and illustrations from various artists in the country. With about 50 Vietnamese artists that came together for the project, poems of love, youth, and the spring were beautifully translated into youthful and romantic illustrations.

The illustration designs are that of soft curves and edges, with natural colors to establish a serene and dreamy atmosphere. 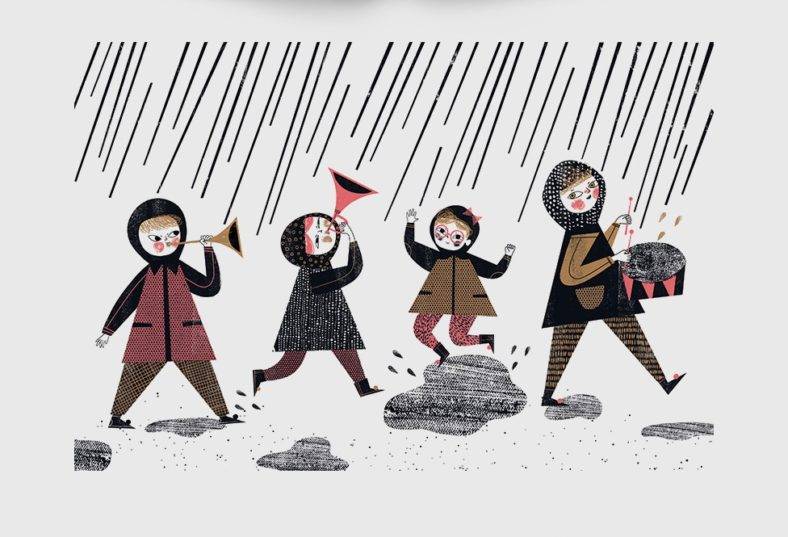 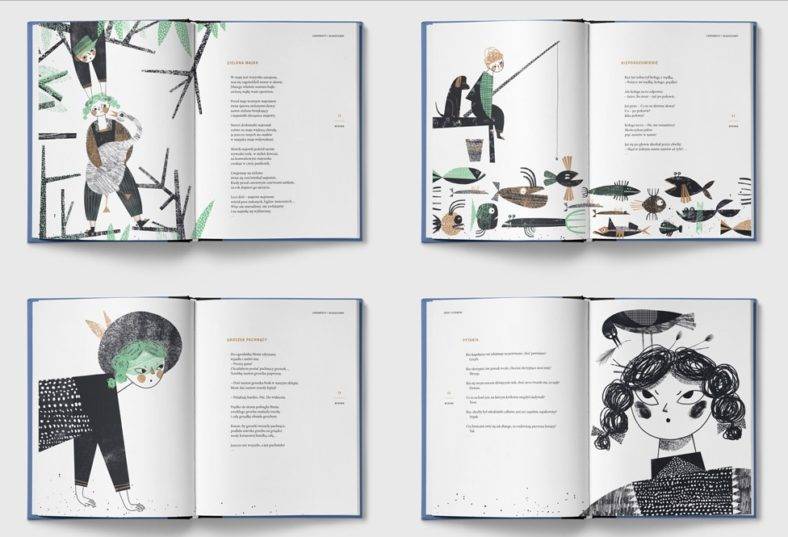 A contemporary illustration design for children’s books, the illustrations for Poems for Children are that of quirkiness, and are full of charm. The Polish poetry book contains poems categorized according to the different seasons of the year—winter, spring, summer, autumn and winter again. Although the illustrations are dominantly in black and white, there are specific color accents for every chapter to draw a distinction between themes. 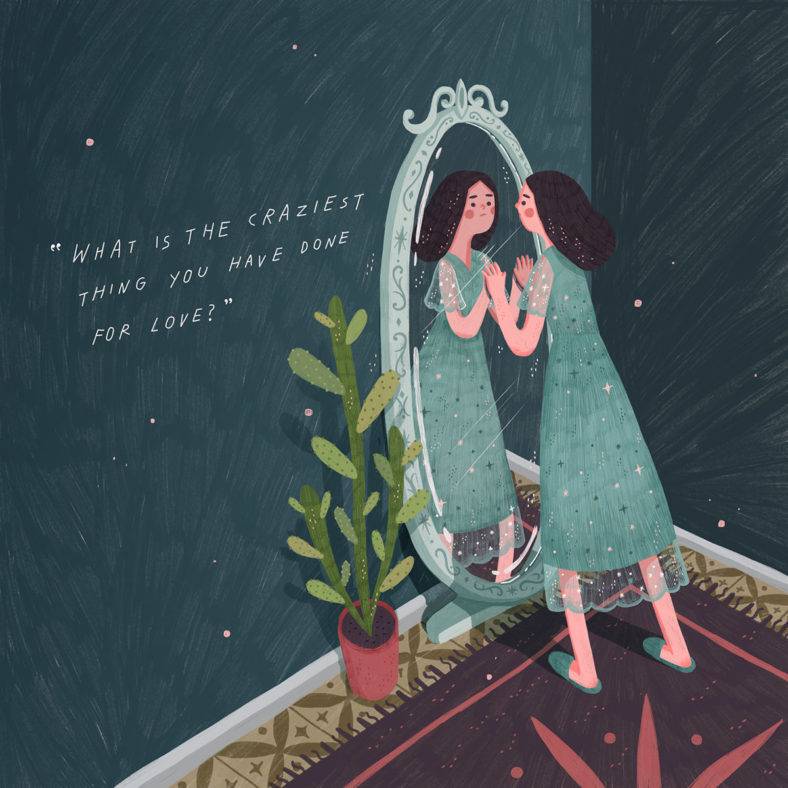 An image of heartbreak and longing, this illustration art on Charissa Ong Ty’s poem entitled ‘Tell Me This’ is Kathrin’s personal depiction of love and loss.  It’s a simple yet profound illustration that harbors a lot of suppressed emotions on the darker side to loving someone, and losing yourself in the process. It makes use of darker and cooler tones, with unique brush strokes that provide a rawness to the image.

This is a hand drawn illustration made in charcoal, and was colored digitally to give emphasis to its uniqueness, not just in meaning but in method as well. Stone of Youth is a more adult-oriented fable-like story inspired by the artist’s own personal experiences. However, its fantasy-like aesthetics is something a lot of people can relate to. It’s an accurate depiction of how our minds can feel like it contains galaxies upon galaxies of thoughts and experiences; each interpreted and experienced in a different way. 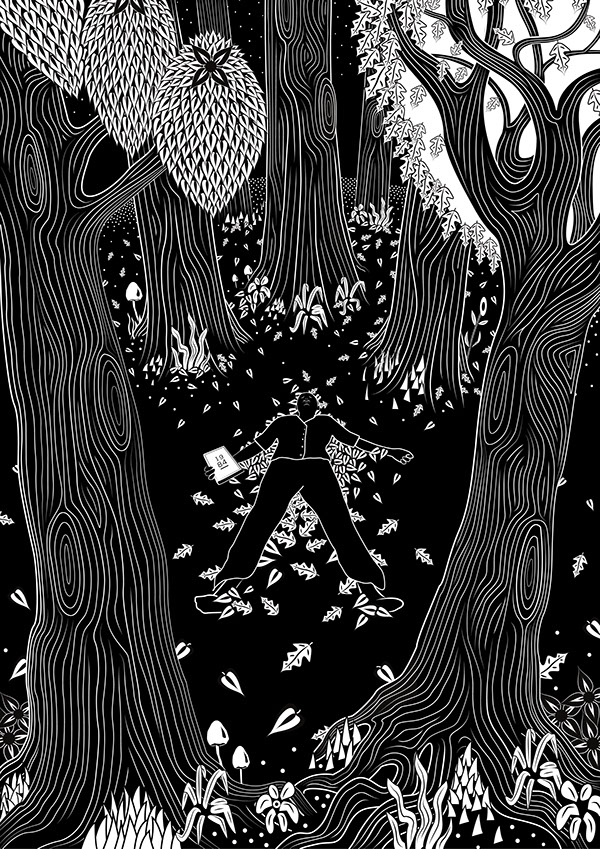 Dystopian science fiction novel 1984 by George Orwell is a dark and classic tale of tyranny, revisionism, and manipulation; and is perfectly responded to with this silk screen illustration by Mátyás Grünczeisz. A detailed and eccentric illustration designed in black and white, 1984 shows us a mirror of reality that fall right in the middle of truth and imagination; making us question both. 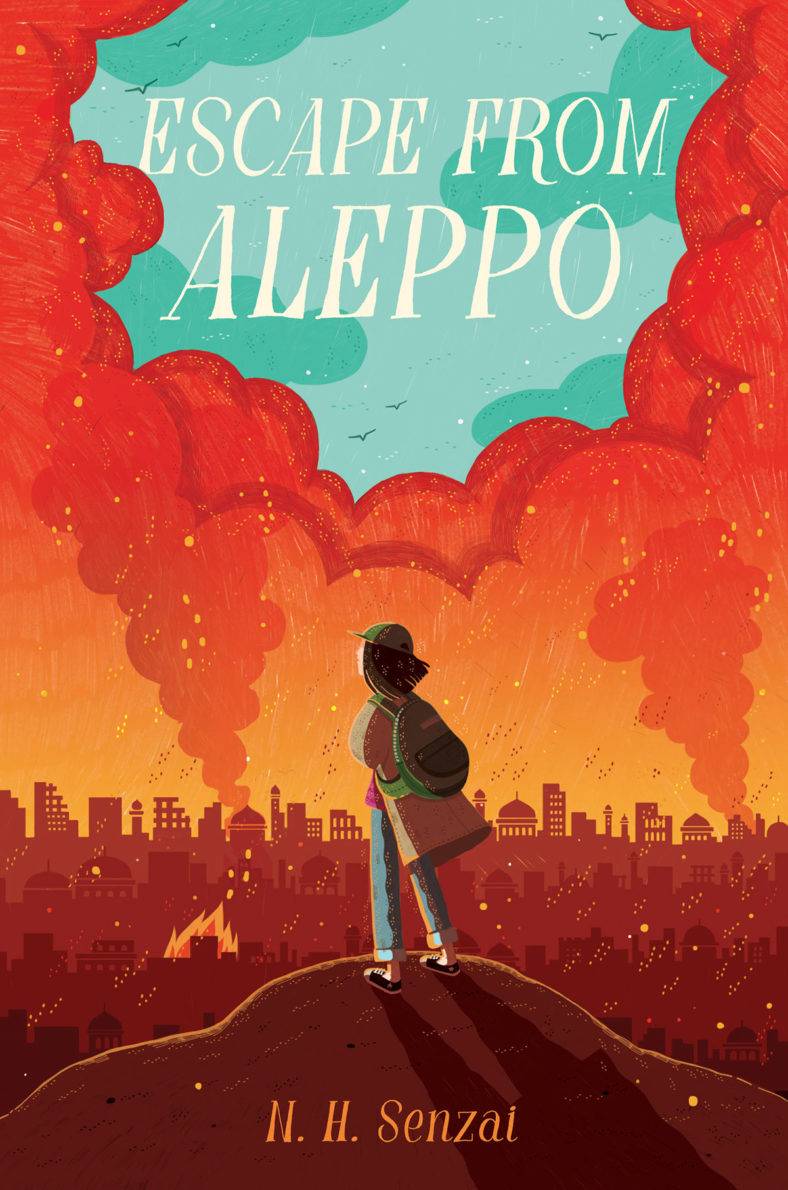 Escape from Aleppo is one coming-of-age story that’s unlike any other. A girl is forced to flee from war-stricken Aleppo as a refugee, and hopes to find security and happiness once more; while touching topics of history and culture. The illustration by Kathrin Hoesta for the book cover successfully depicts the novel’s recurring theme of war, loss, and hope; with hints of a brand new start despite the ruins. 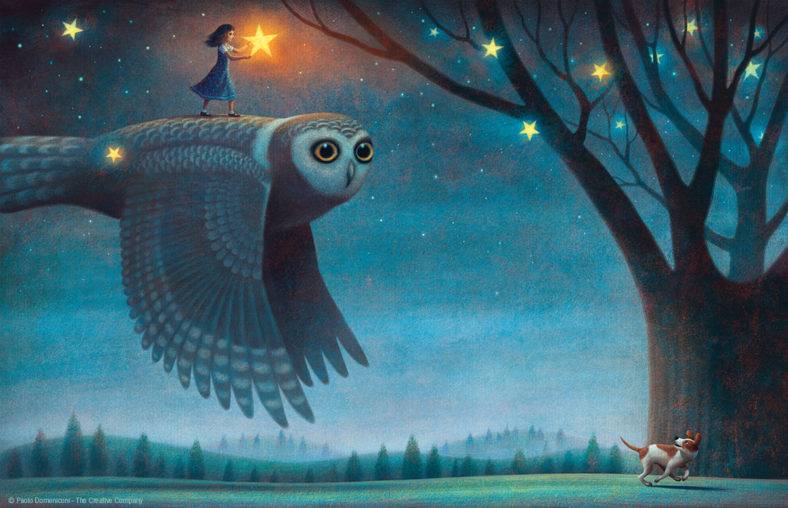 Taste the Clouds as shown in the illustration is a wonderful presentation of surrealism and childlike wonder. It has hints of a vintage-themed design, while being completely timeless, if not, out of this world. Take some inspiration from this illustration that’s not necessarily limited to its method of creation. In fact, you can take its theme to heart, and let your own imagination run free for your own future book illustrations. 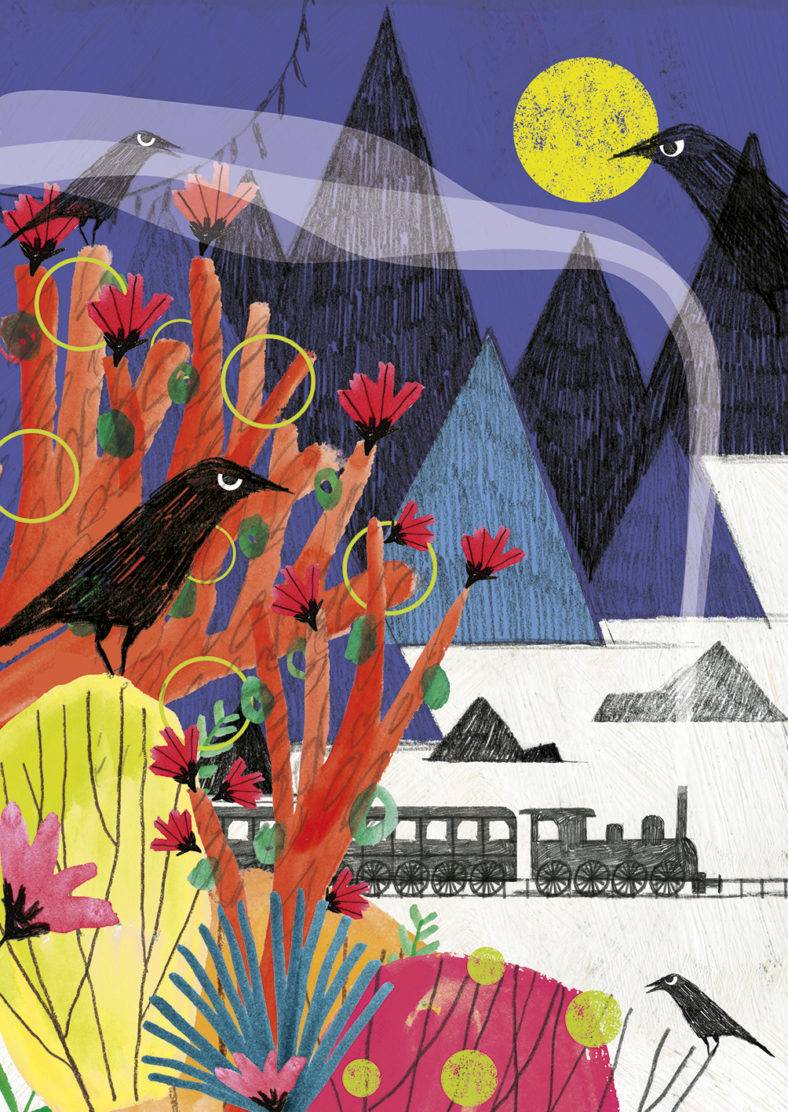 A unique fantasy tale on its own, Bruixes de Família or Witch Family, is tender, fun, and magical; just like its amazing hand drawn illustration designs. There is an element of randomness and unpredictability to the book’s illustrations to keep its readers entertained. With delightful pops of color, surprising patterns, and pencil strokes—take inspiration for you own all-ages book design.

Guinevere and Lancelot, A tale 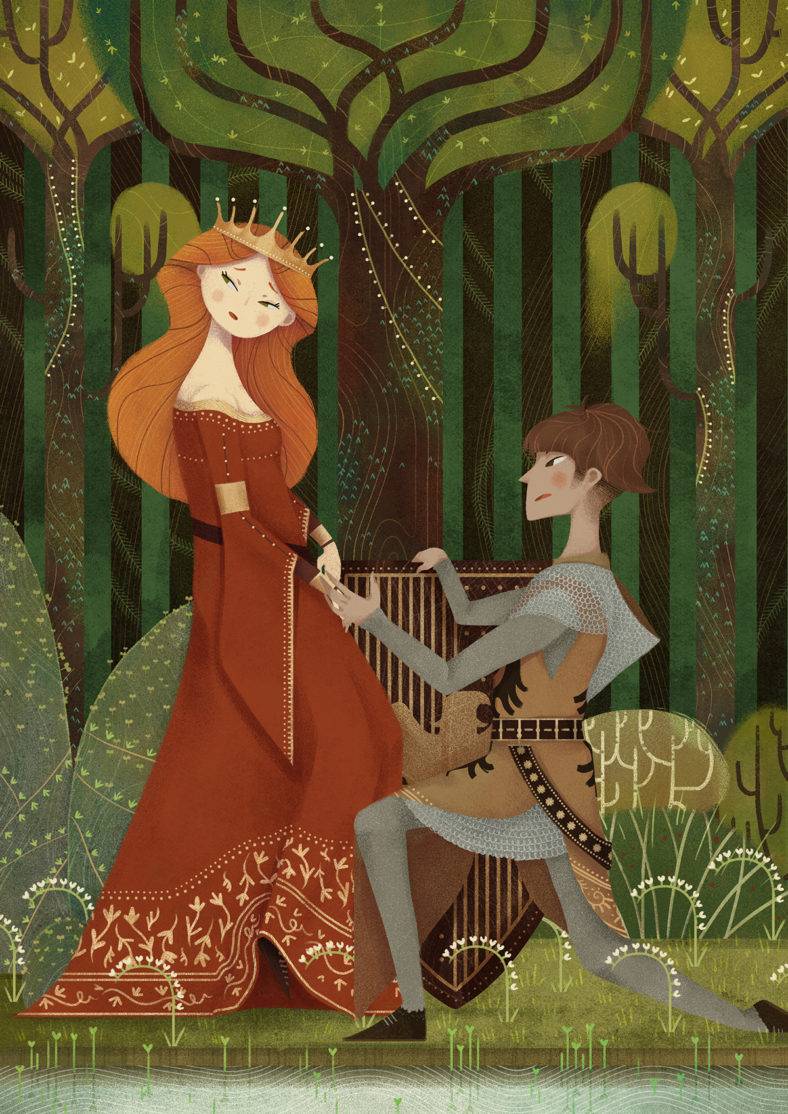 Fall in love, medieval style, with this Guinevere and Lancelot, A Tale illustration design. This graphic design illustration is absolutely adorable and romantic, with intricate patterns, including clean strokes, color schemes, and a wonderful overall presentation. This illustration literally looks like it came out of a fairy tale, adding more sparkle to the eyes of its viewers. 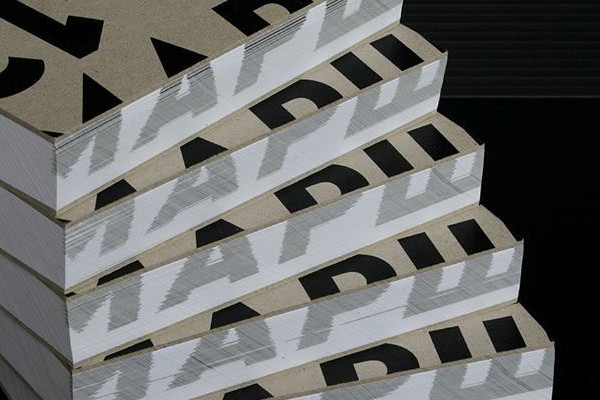 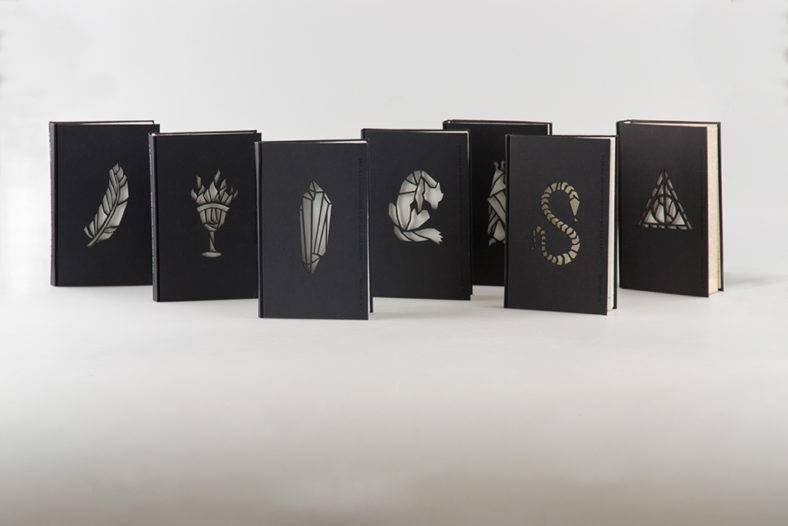 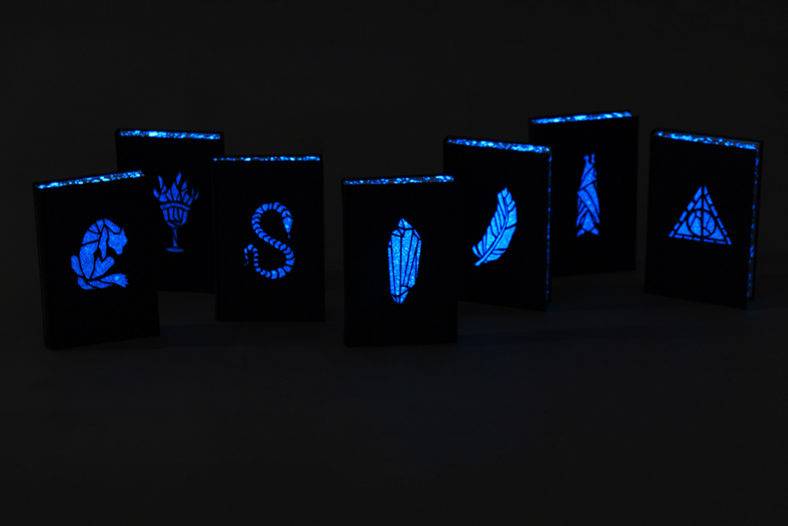 And of course, The Harry Potter Series is never exempted from illustration redesigns—whether fan-made or commissioned. This particular illustration design set was simply created as the artist’s tribute to the wonder and magical adventure the series has given the world. The illustrations are imaginative and interactive, while giving more meaning to the story without causing distraction.

What’s more? the cover is made of laser-cut illustrations that glow in the dark. Talk about magical!

Books really do bring more magic into the world. They lead us to places we’ve never been before, introducing us to new and interesting people. And if we’re lucky, we can come across books that contain lovely surprises such as illustrations to keep us up at night. Illustrations from Behance, especially, show us just how powerful visuals and imagery are in telling a good story.

We hope you’ve enjoyed sifting through these beautiful book illustrations, just as much as we’ve enjoyed searching for them. They’re great sources for inspiration, and can help you formulate creative ideas for your own works. Stay Inspired!