World map vectors are series of images of the world from varied angles. This template shows the digital images of the world. These vectors are essential to understand the earth’s segregation into landmasses and water bodies. World map vectors help the digital designers to emphasize on countries, areas or specific features displayed on the maps. You can also see Infographic Templates.

The 4 world map polygon vectors is a fantastically designed world map vector that uses visual effects and colors to differentiate the boundaries of the different countries in the world. 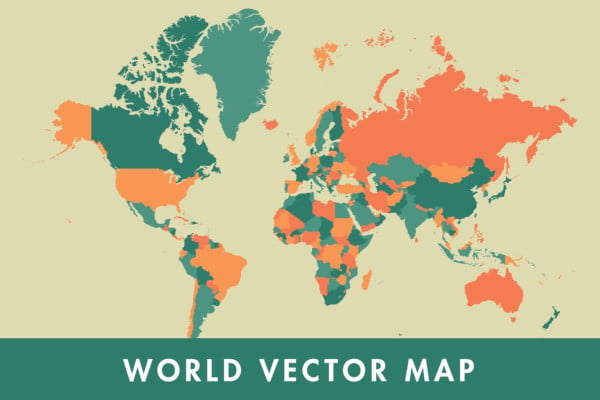 World Map Background Vector Illustration is a beautiful world map vector that uses two shades of blue color to differentiate between the land masses that form the continents and the oceans.

Topographic World Vector Map For You

The topographic world vector map for you is the perfect world map vector for the entire geology enthusiast out there who wants to know the different topographical landmasses in the continents.

Detailed Vector Map of the World

Geometric Vector World Map For You

Download these maps to gain thorough understanding of the world. They can also be used as a generalized background to international projects. These multi facets of World map vectors has made it a must have in projecting international issues. It spreads the message of universal brotherhood, unity and oneness in the mind of the onlooker.