So if you’re on the lookout for your next big app design, here a few PSD templates to help you along the way. 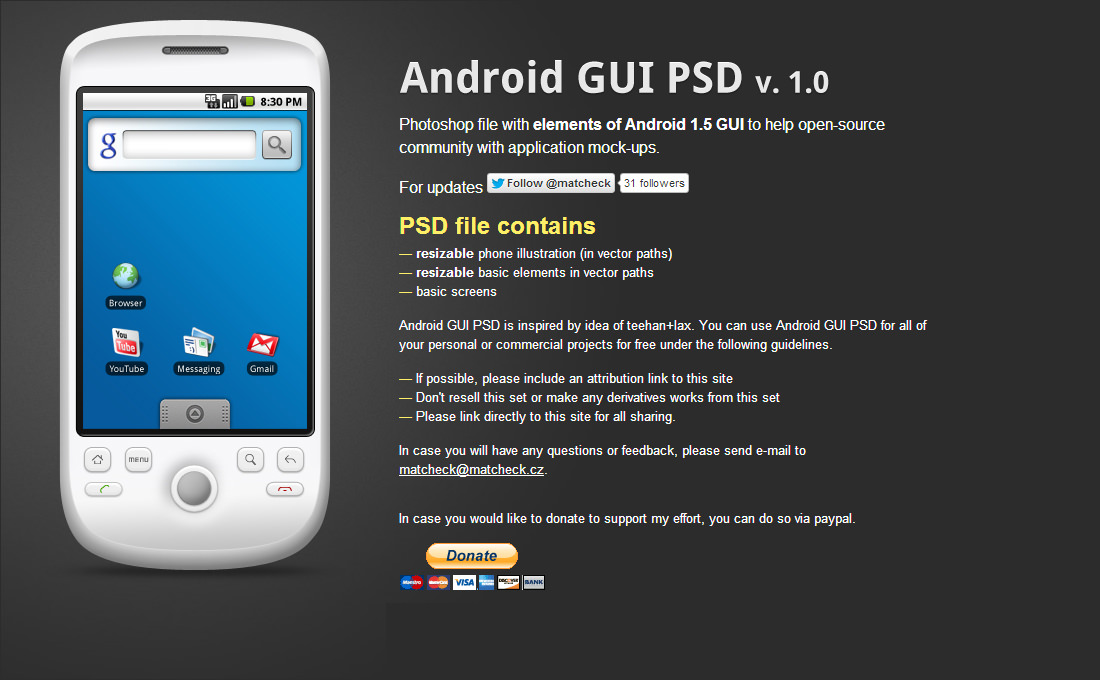 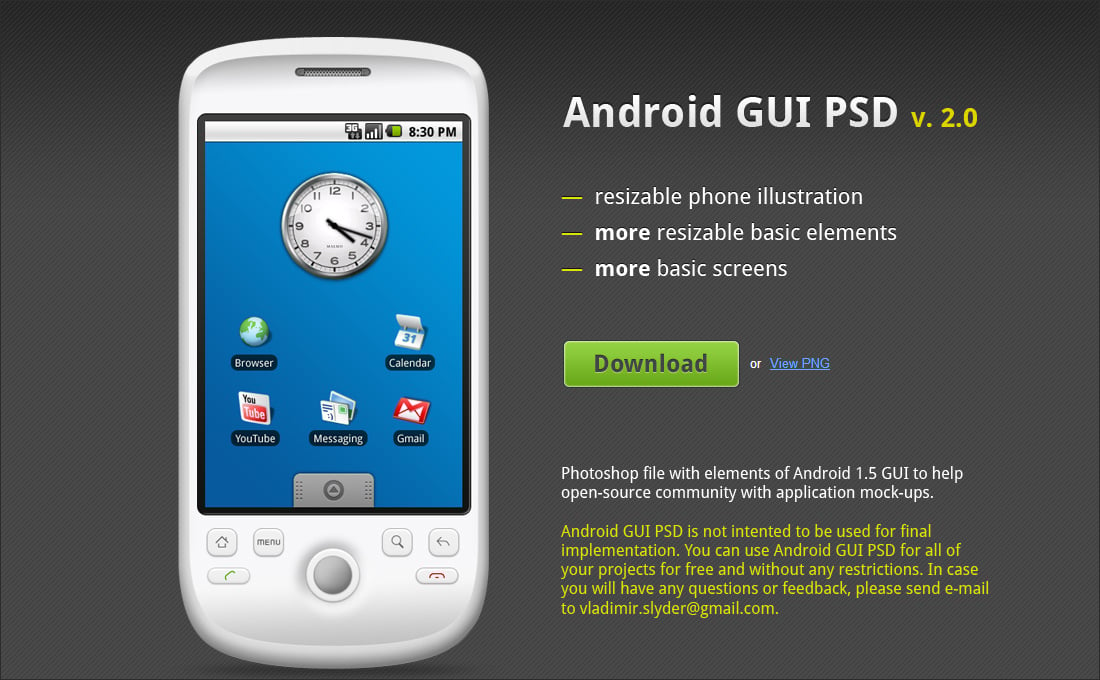 The template offers complete range of highly customizable PSD images and other developer elements for instant app creation. The PSD files and images contain everything from home display images to icons to be used in the design. 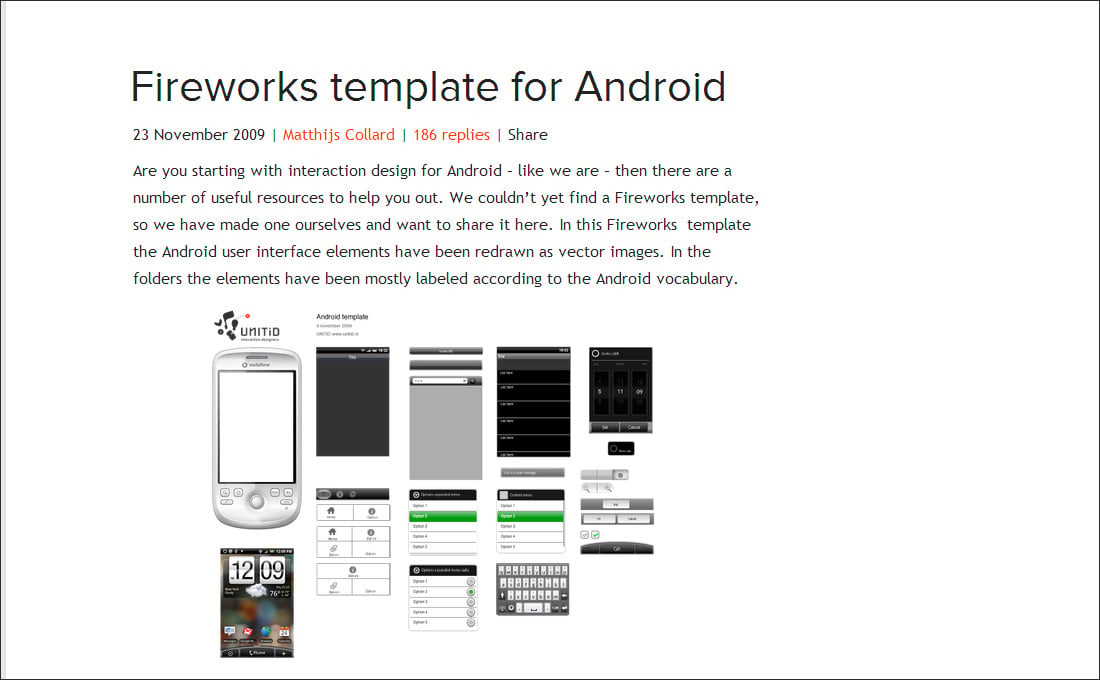 Built on the fireworks framework, the template contains all the elements pertaining to Android 1.5. The package also includes elements from the previous versions, and contains numerous PSD files for easy customization and reuse. The PSD files just need to be opened and infinite number of mockups can be created. 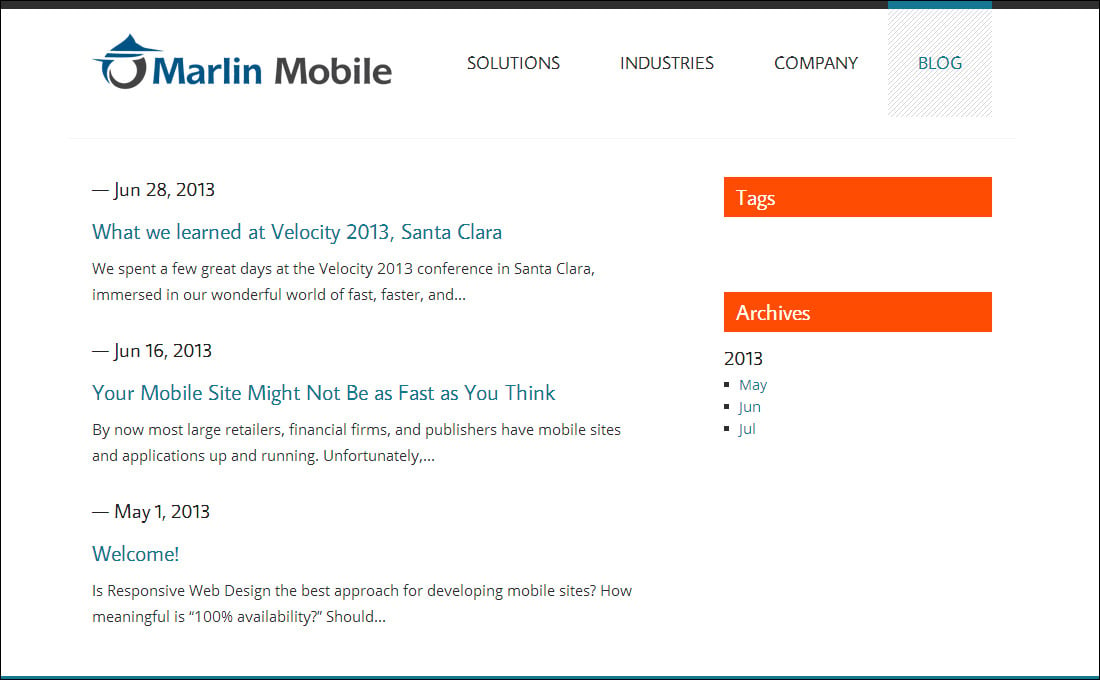 The stencil set with the wireframe omnigraffle set contains all the necessary PSD templates for creating ultimate user interface design wireframe for Android applications. The stencil set can also be used to creating elements in HTC sense UI and Samsung Touchwiz. 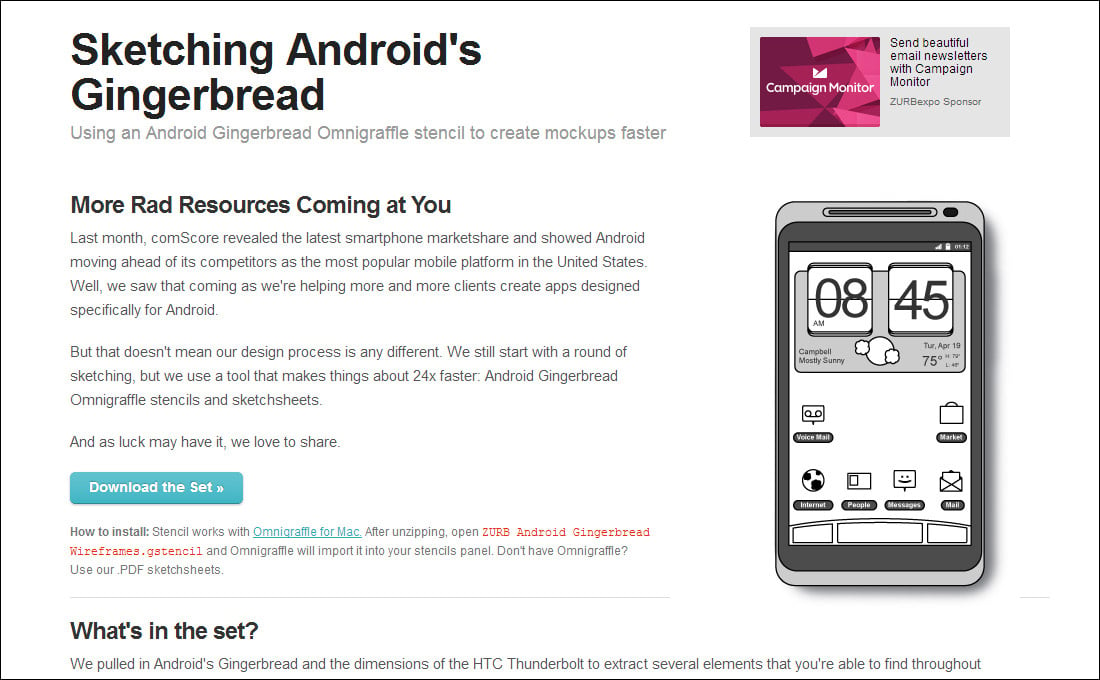 Created by Zurb the stencil set is based upon the HTC thunderbolt and Android 2.3 framework. The template contains all the necessary elements from toolbars, call icons to keyboards for instant app creation. Also the bundle comes with plenty of customizable PSD files as well. 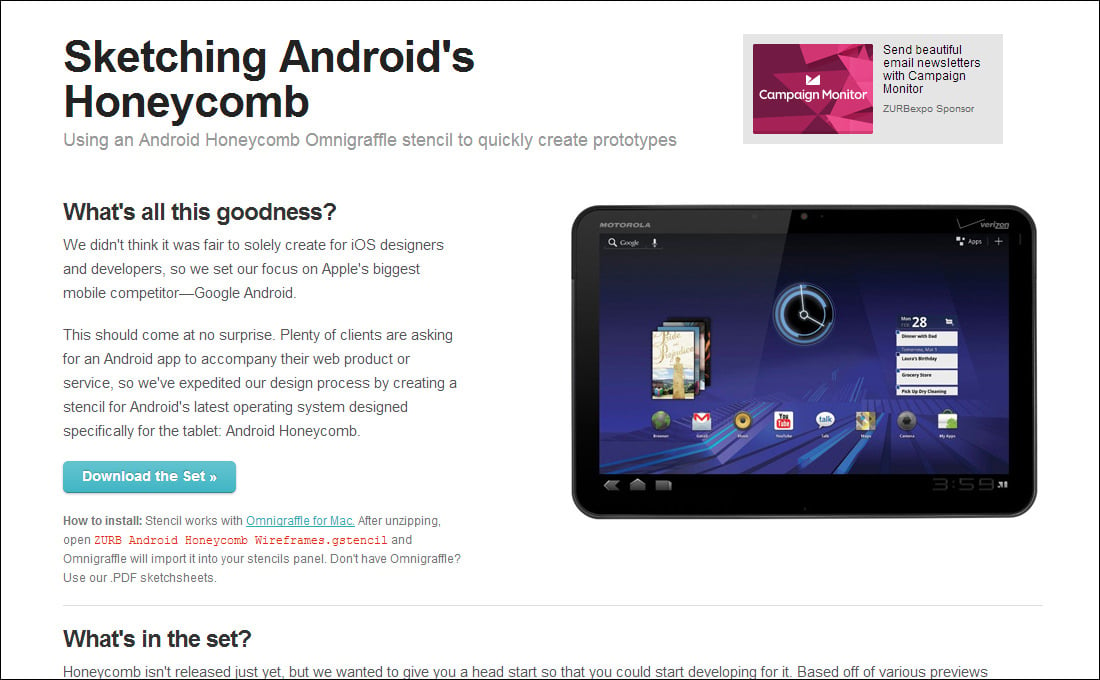 The template was originally built with the specs based on the Motorola Zoom tablet which is a notch higher than the Android 3.0 specs. Hence you can imagine the type of quality elements you will find with the template. The PSD files contain everything from dialogue boxes to custom keyboard and also some useful widgets. 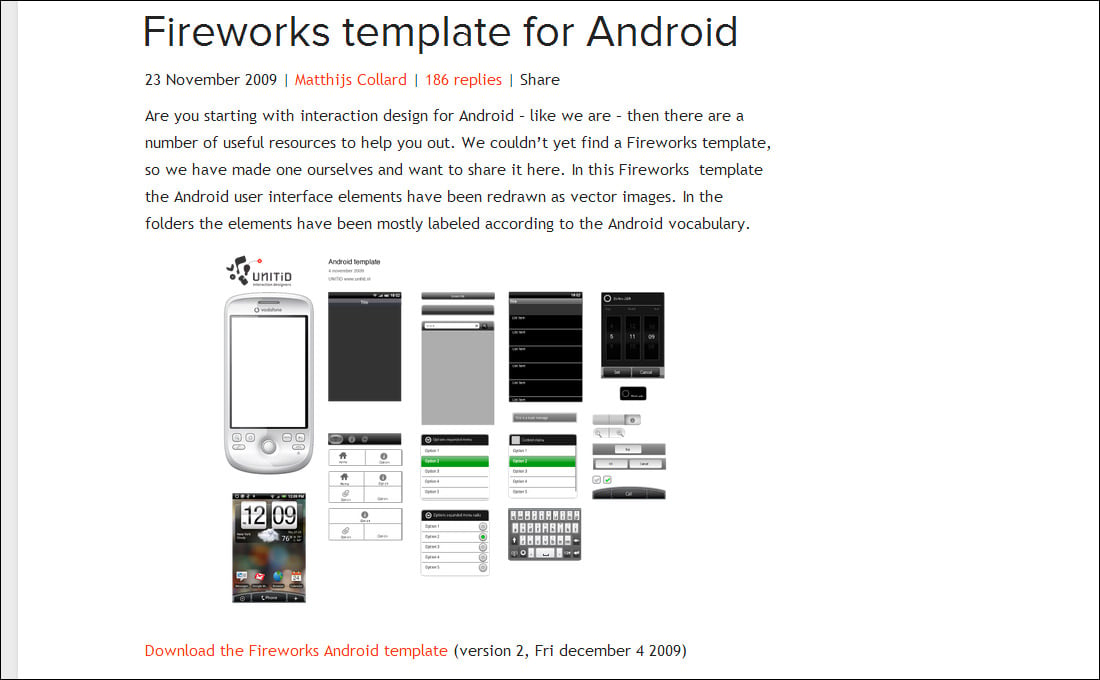 The template features the UI elements redrawn into vector images, labeled alphabetically in android vocabulary. The fireworks template also has all the necessary elements of the previous versions. 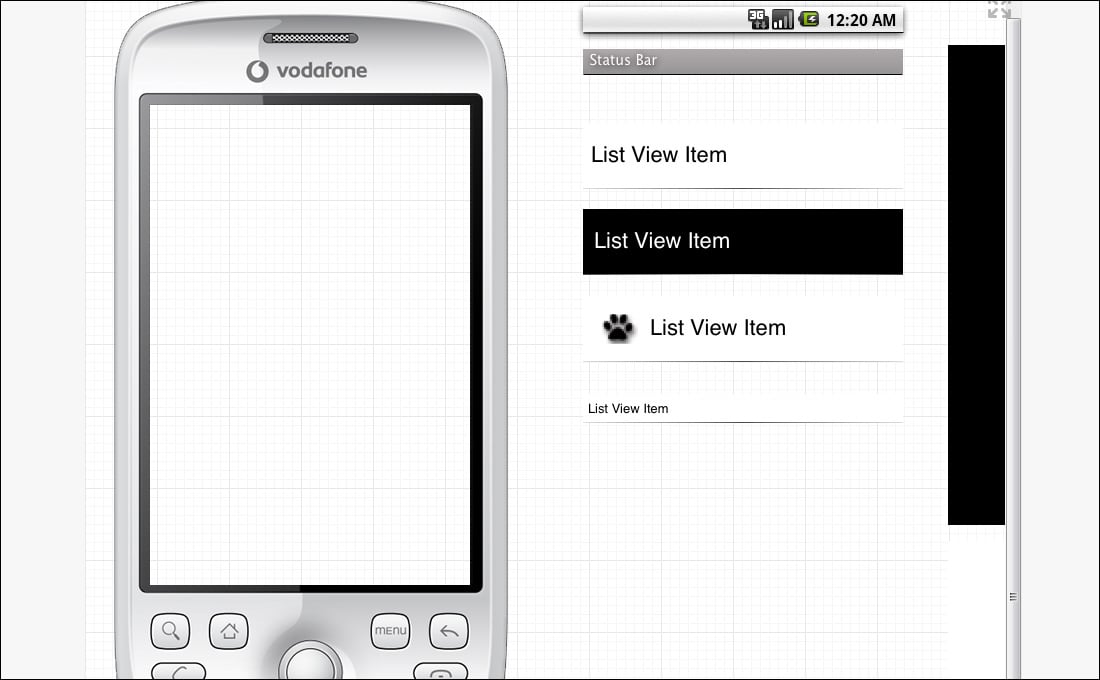 The stencil set for Android programming application contains all the necessary elements and preset templates for complete app creation. 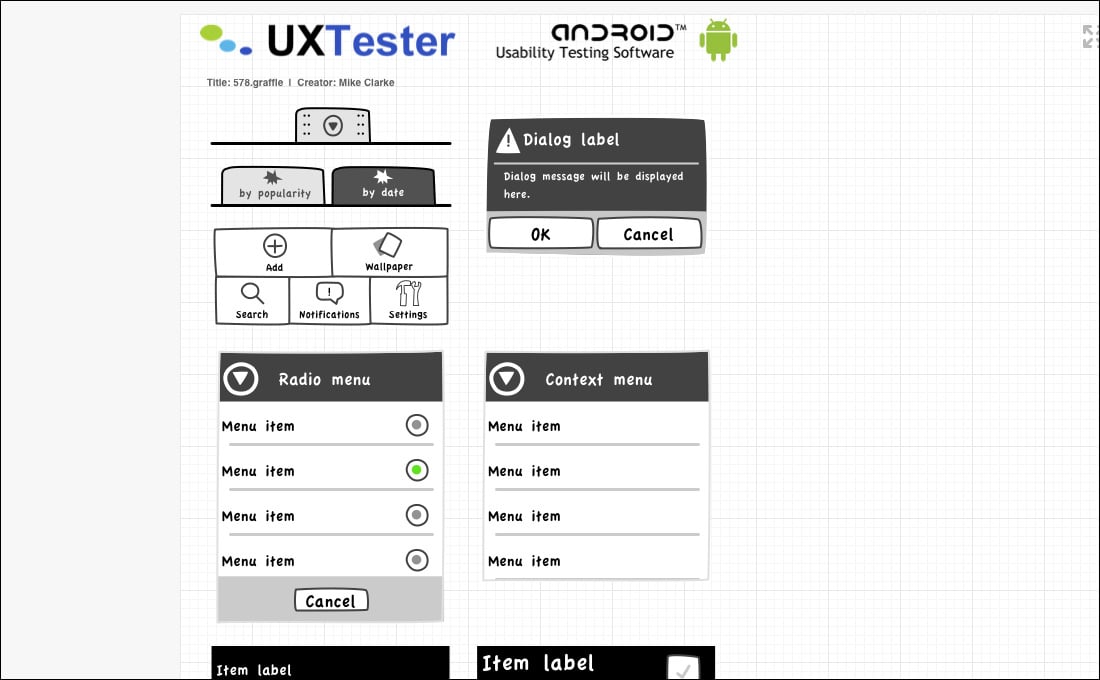 The stencil template contains the necessary elements to suit designers who are more inclined toward functionality of the app rather than the form. 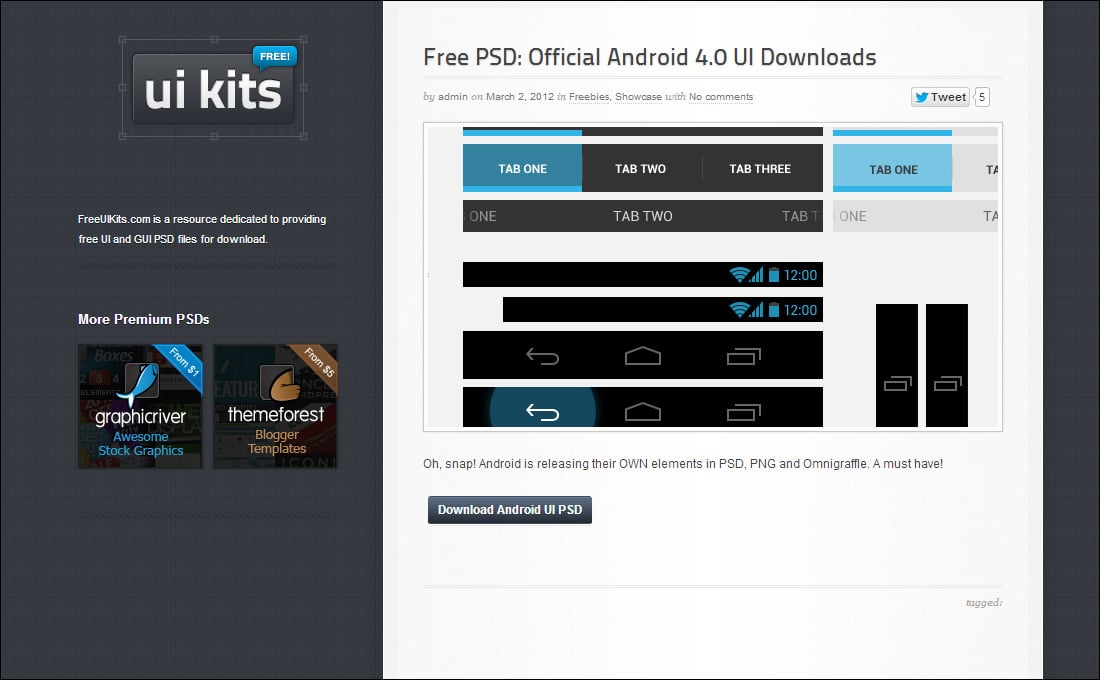 The PSD contains the latest in android UI application development with the newly added elements and advanced functionalities. As the elements are released by Android itself, it’s surely something to look out for. 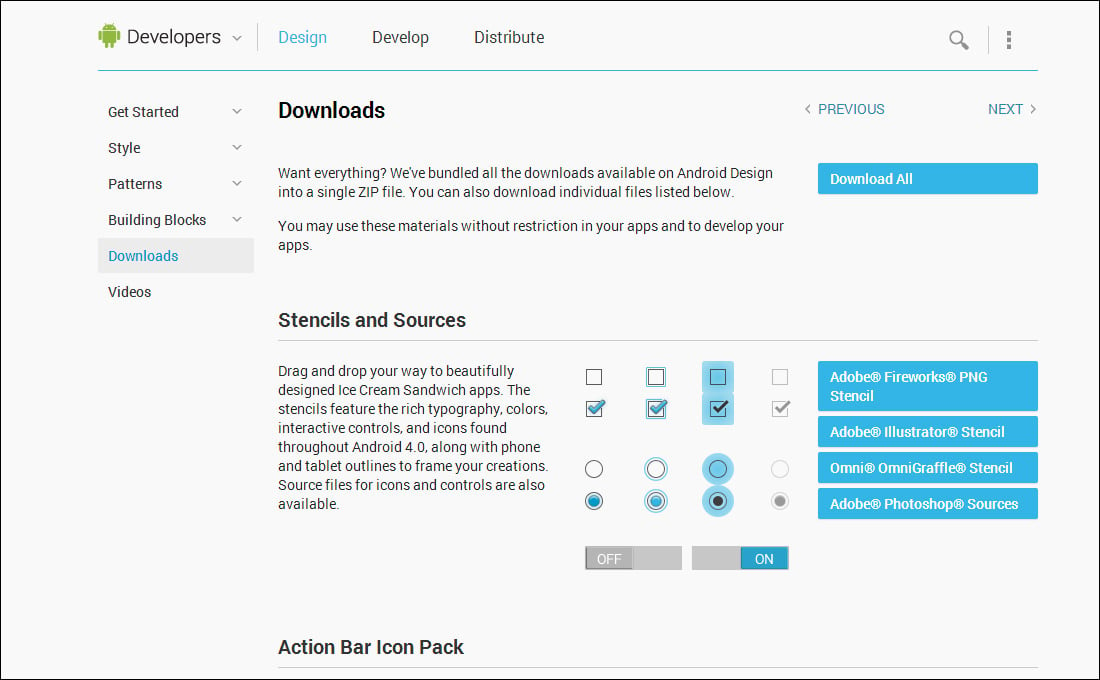 The stencil set and Photoshop templates come directly from the Android market, hence will be completely compatible with the app creation. Though not highly customizable there is a plethora of elements for you to take advantage from. 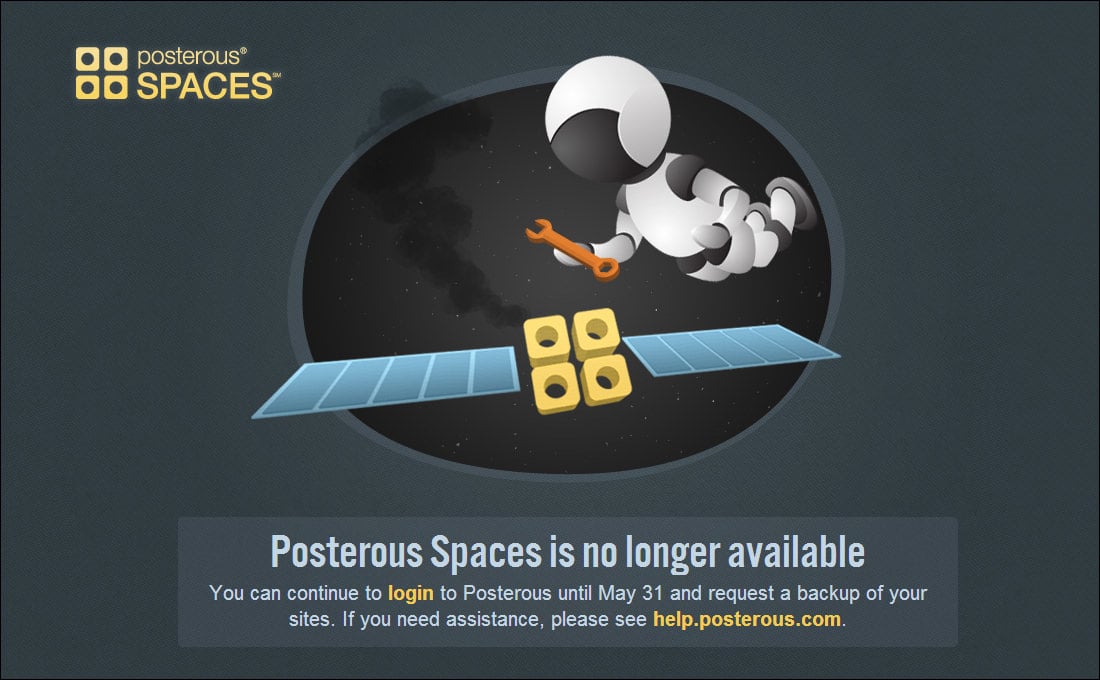 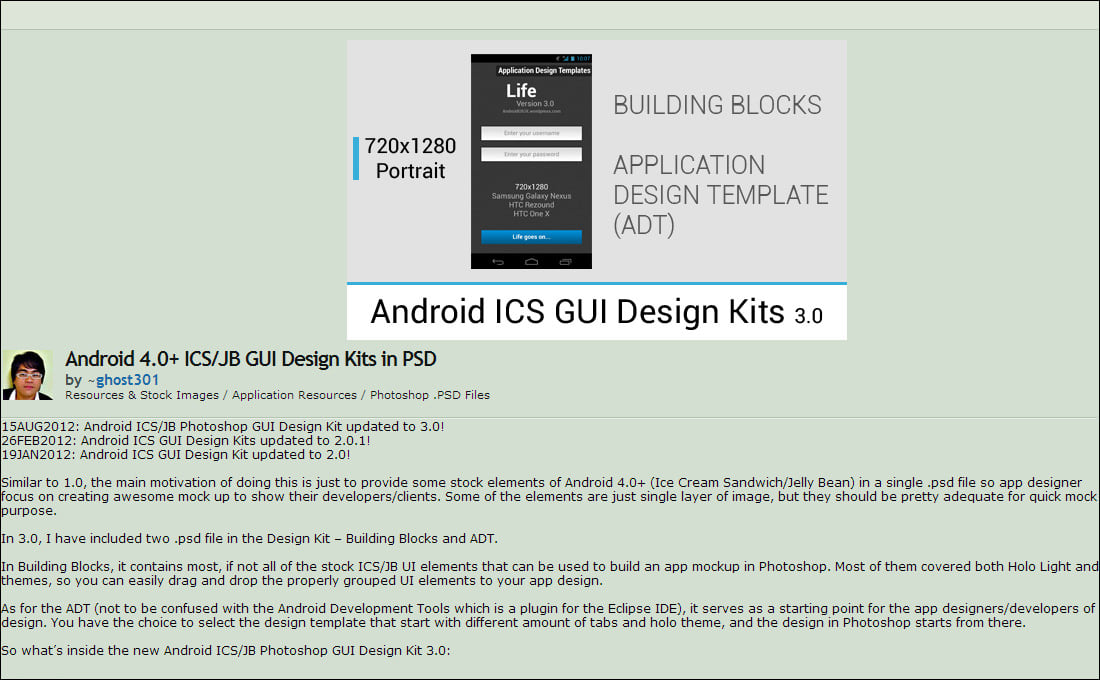 The extended version of the template contains plenty of additional elements in the PSD format including a login page, admin panel and much more. The elements are also easily customizable in the PSD form. 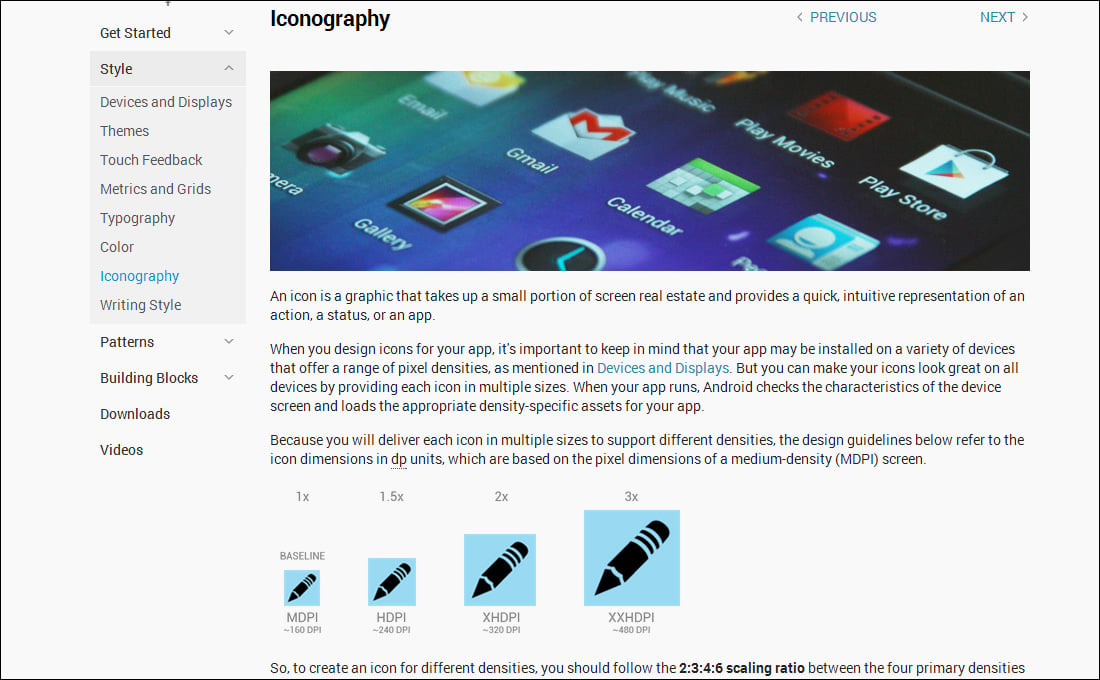 The template contains all the required PSD elements for you app creation needs. The Photoshop files are fully customizable and complete with icons, fonts and mockup previews. 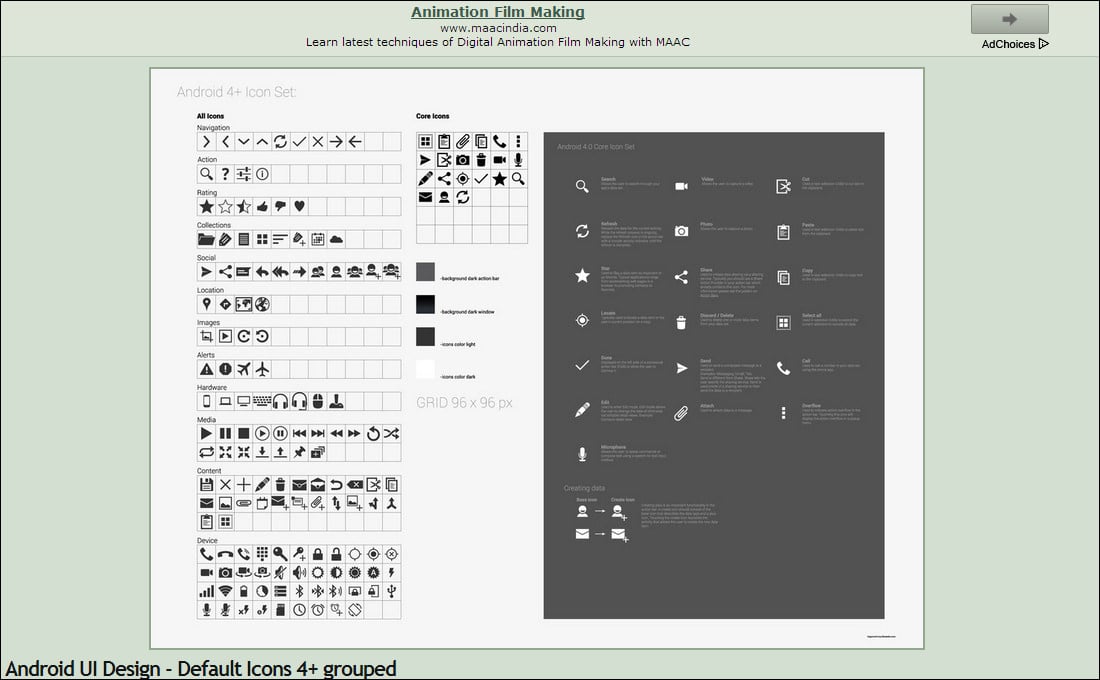 The PSD template contains effective elements for android widget creation, right from analogue clock widgets to calendar. The Photoshop widget templates are completely customizable and can be changed according to your need. 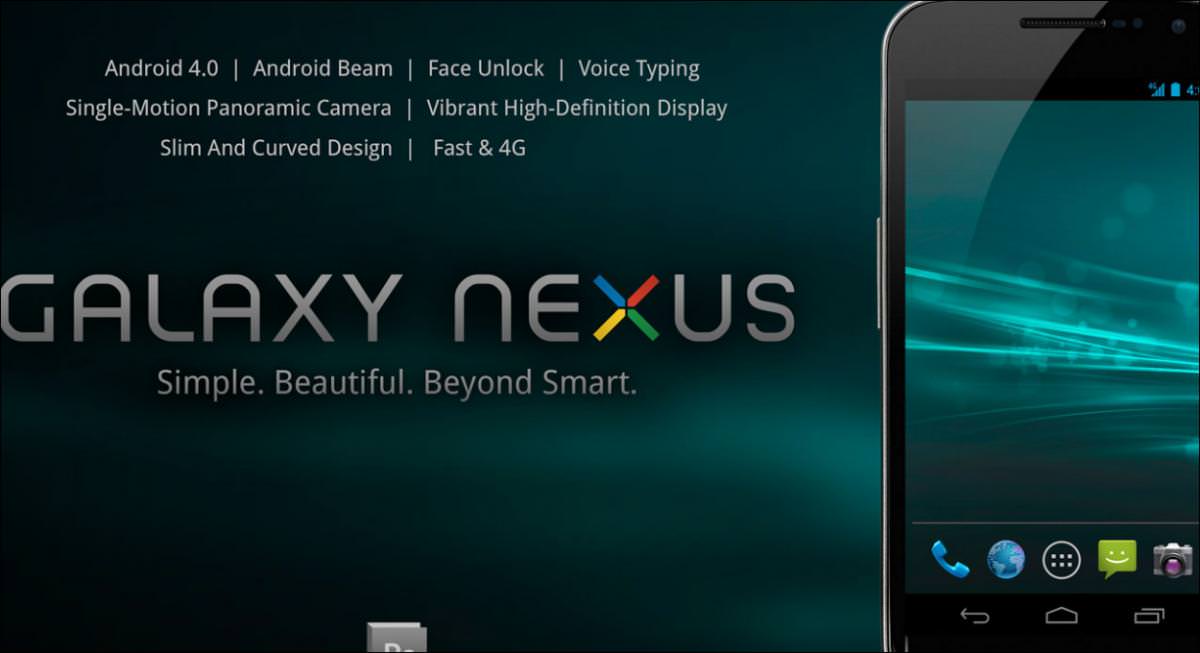 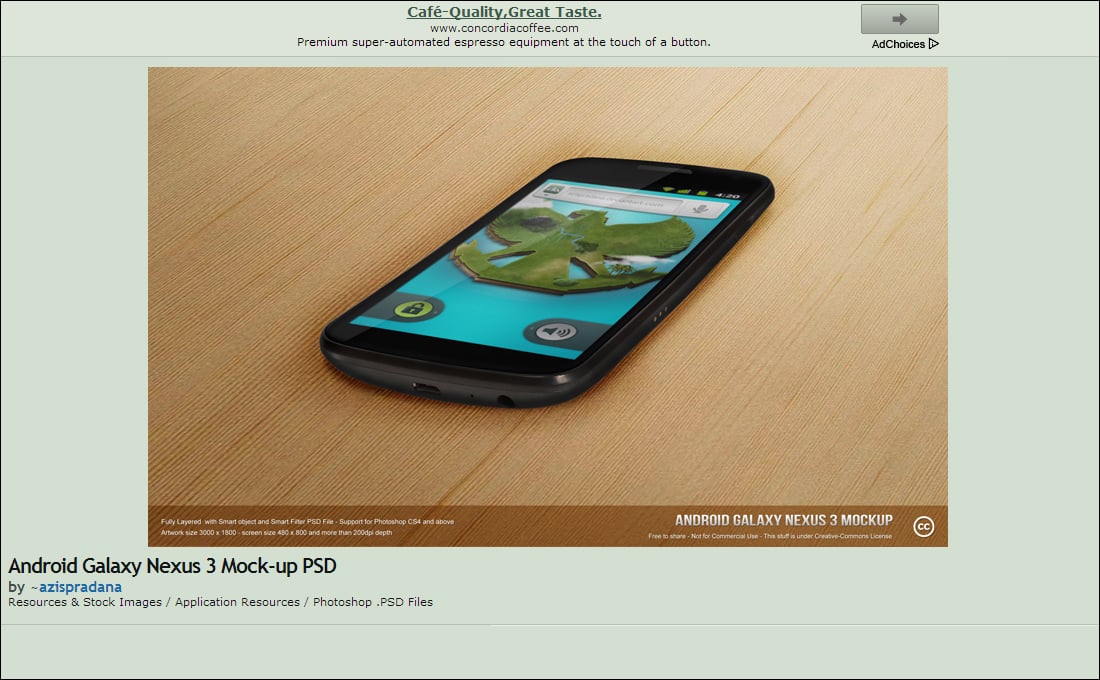 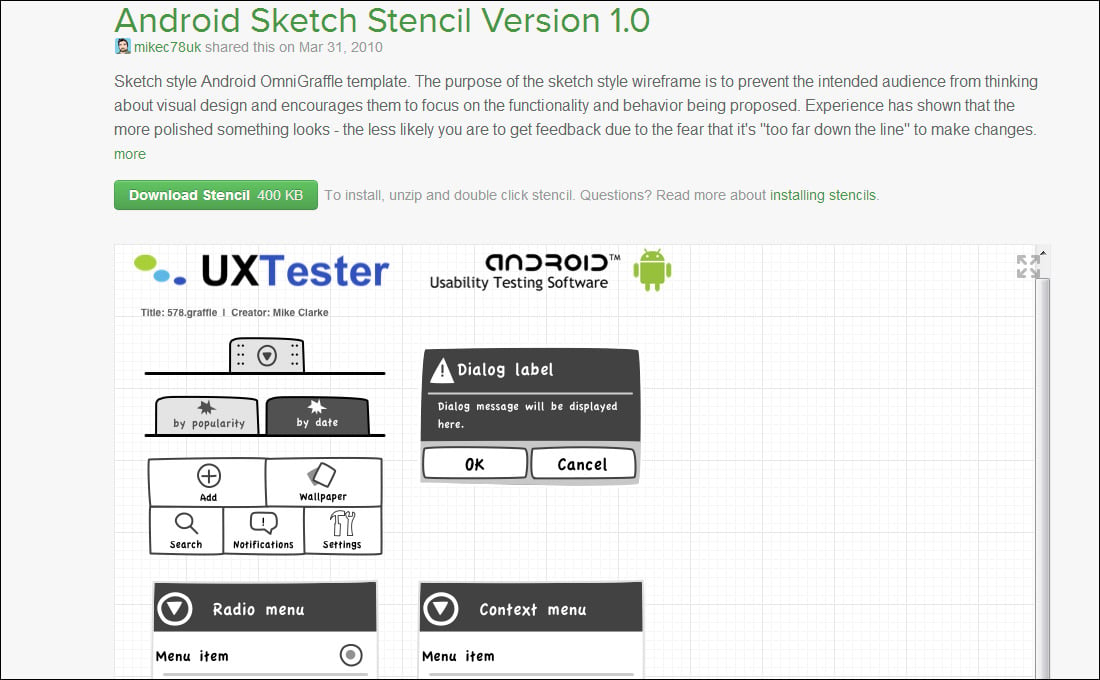