Employers of today are curious to have a clue about the behavior of their workers to be; they often ask for job recommendation letter. This helps them to reduce chances of recruiting the wrong persons who might cause them unnecessary problems in future. As a result, handing in a character letter of recommendation word from a trusted person with your résumé, even if not asked to, raises one’s luck.

characterreferenceletters.com | This job character reference letter template gives you a complete and brief comprehension letter that recommends a concerned person for an available job at an organization vouching for good character.

Editable Character Letter of Recommendation for a Friend 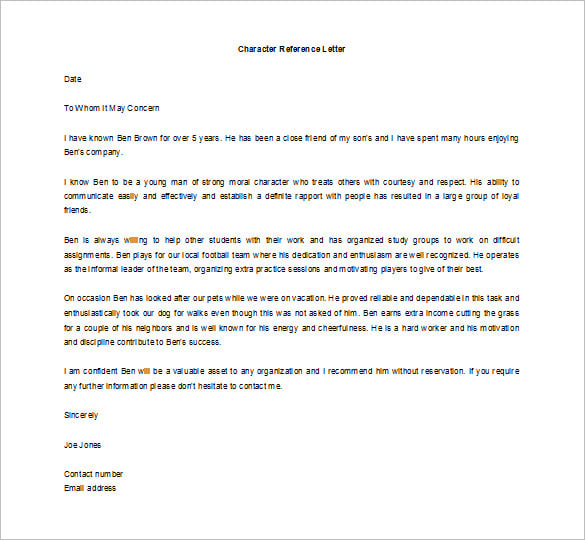 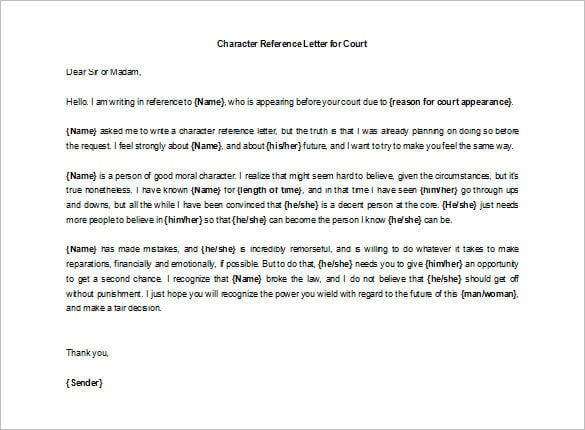 characterreferenceletters.com | A court letter vouching for good character reference is very formal and has to be thought well. Character reference letter for court can be easily downloaded for a serious purpose. 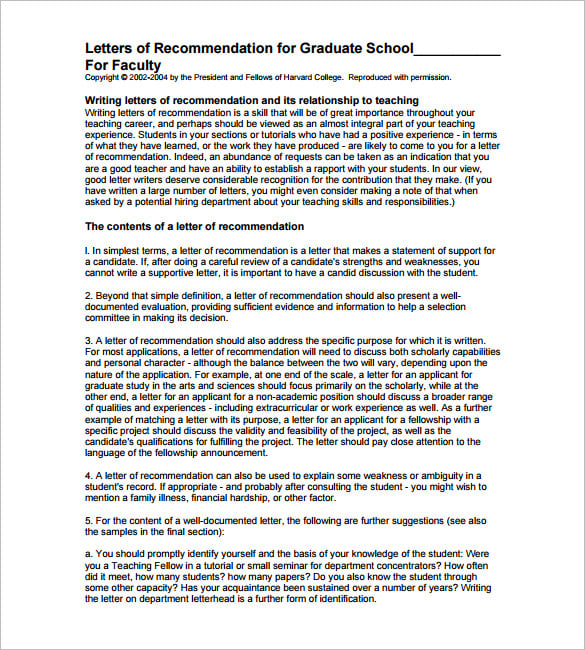 Character letter of recommendation for graduate school provides you with an elaborative letter that contains good words about the concerned person’s character that will help him get through graduate school. 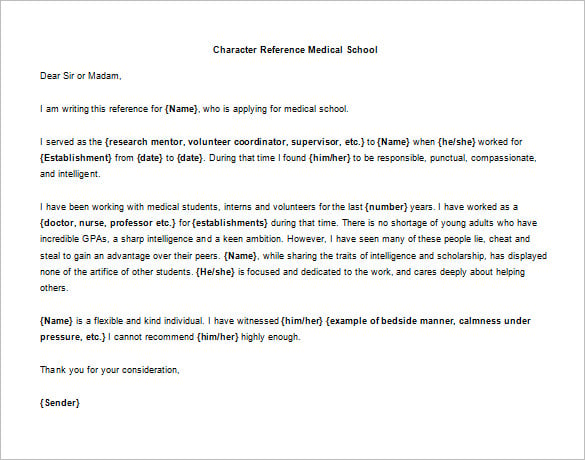 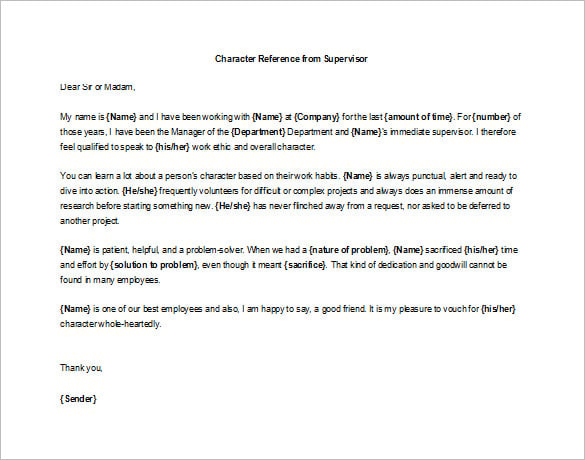 While your former boss is the best person to go for when looking for someone to write for you, this will only work out if you parted on good terms. If not, get a friend who holds a respectable position to do you the favor. Use pdf or excel recommendation template to write the letter.