When it comes to super-heroes there are very few people who will shy away from craft projects involving them. Hence, any craft project related to batman is always welcome. If you are not a brilliant artist you might not be able to make an accurate drawing of batman. But there are always various print outs that you can resort to. You can also see Abstract Drawings. 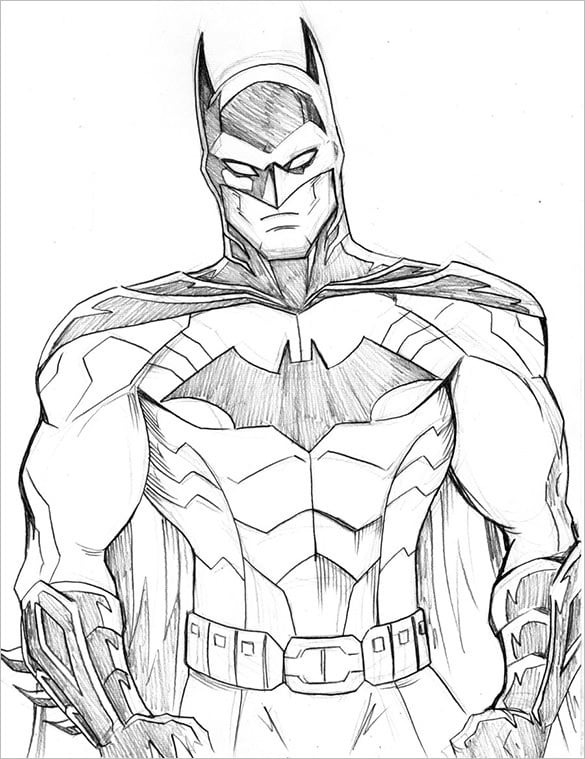 The batman drawing that is shown above is showing the superhero standing and looking straight. Such image can be used as a graphic print on t-shirts for children and boys.

Awesome Batman Drawing For You 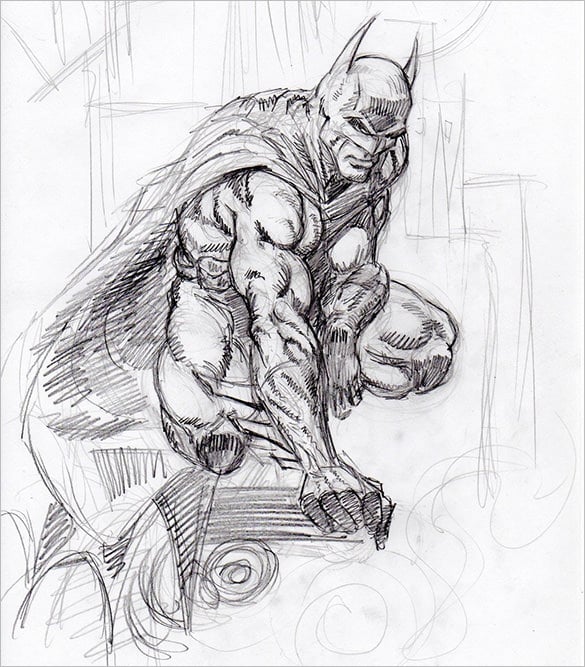 This batman drawing is one that shows the batman in action. He is shown throwing a punch. This image is just apt for a comic book depiction of his actions. 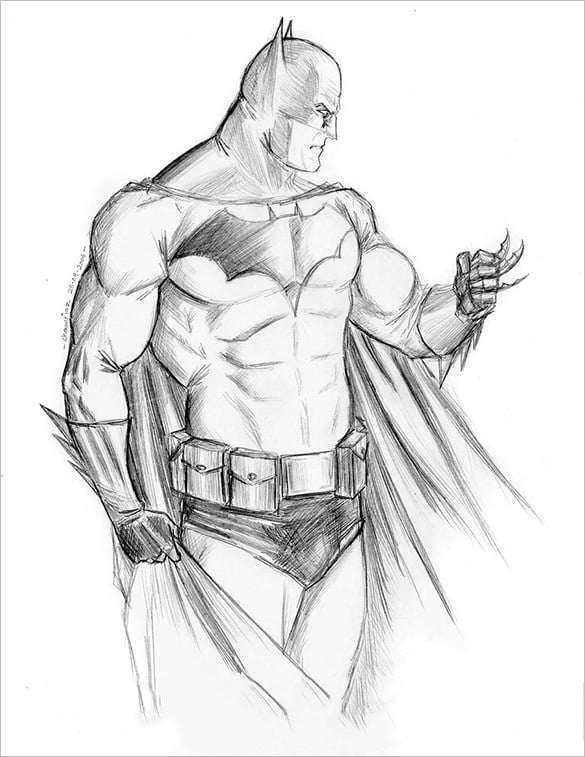 This picture is where Batman gains a few qualities of the Wolverine. The batman drawing above shows batman having the same claws coming out from his fist just like Wolverine. 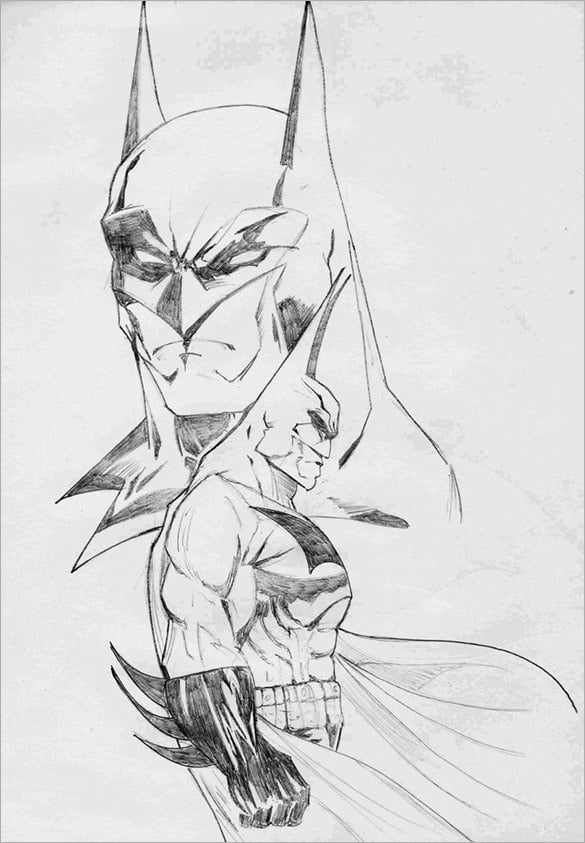 This is definitely the best Batman Drawing that you could get. Download the picture and you could use this as anything you want. This is the perfect picture for all the Batman fans.

Batman and Robin Drawing For You 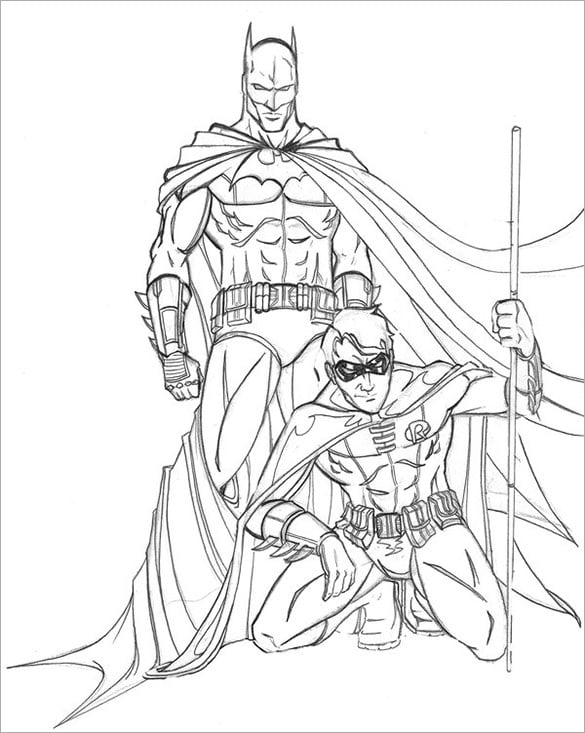 The best team that any child has grown up with is drawn in this Batman drawing. Robin and Batman is shown together in this picture as the team that works to save Gotham city.

Sketch of Batman For Free 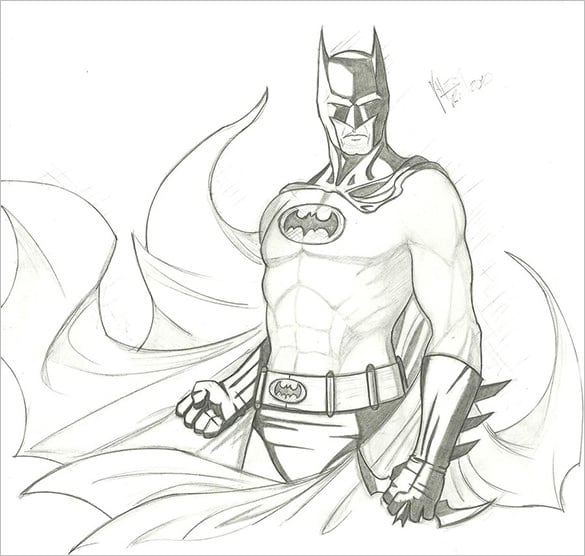 The Batman drawing shown above is a sketch that you can download for free. The cape of batman is ruffling in the wind and that makes the picture more interesting. 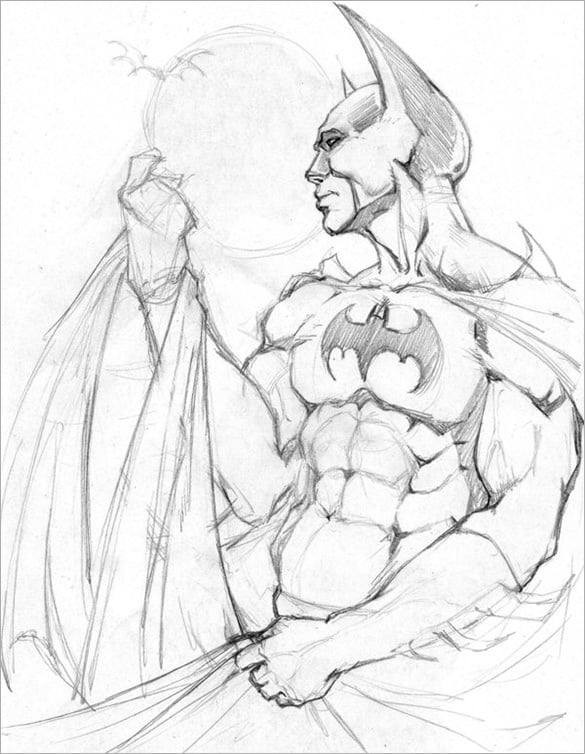 This is a creative drawing of the famous superhero, the Batman. Love the way his ears have been drawn on his cowl by the artist. Batman is one of the most famous comic characters. 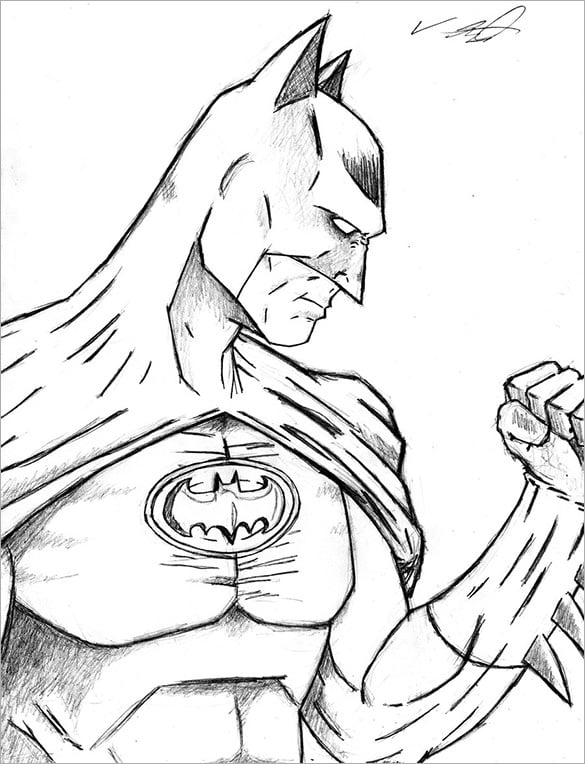 This is a very cool image of Batman in action. In this drawing, the superhero is shown to be very angry with his fingers curled up in a fist. You can download or print this picture and use according to your requirement. 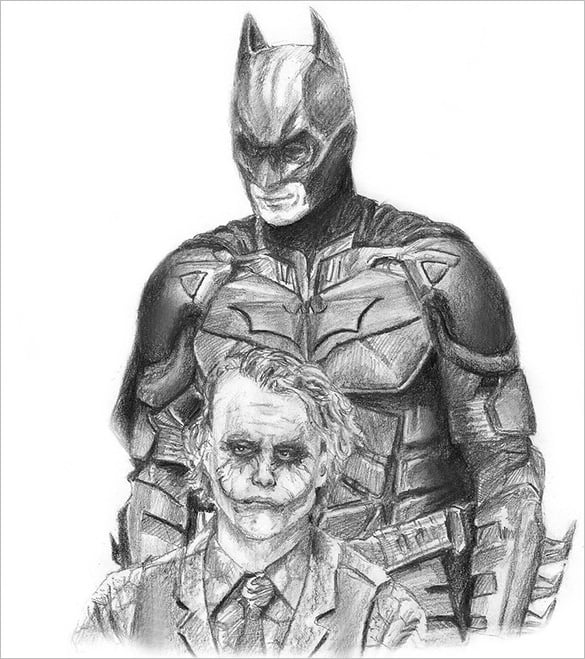 This beautiful sketch is of the Batman and the Joker from The Dark Knight movie. This drawing is made with a carbon pencil. This is an amazing painting of the superhero and the super villain together. 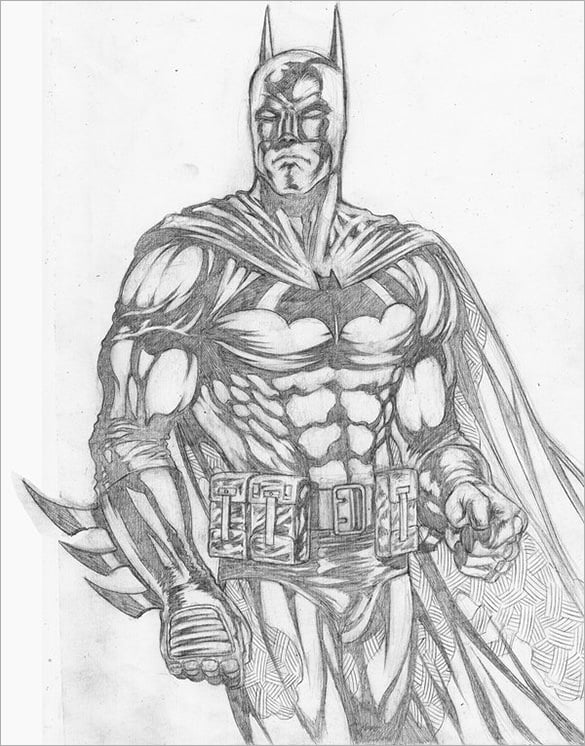 This pencil sketch of Batman is one of the best drawings you will get on the internet. The artist tried to get a definitive, iconic, yet semi realistic Batman. This image is perfect for a comic cover illustration. 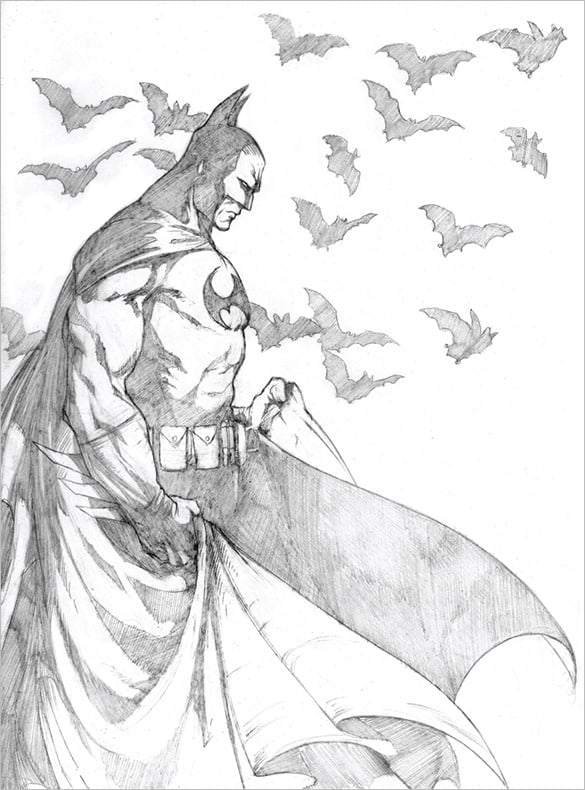 This is a remarkable sketch of the good old Batman, holding his cape and walking while bats are flying around him. You can take a print out of this picture if you want to try your hand at drawing Batman as well. 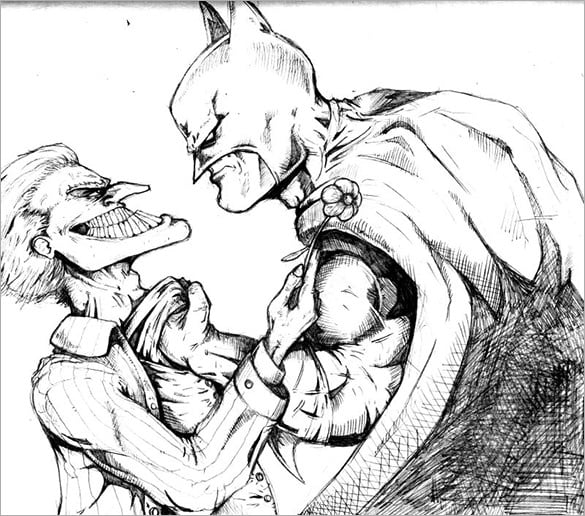 This is a wonderful sketch of the Joker and the Batman involved in some kind of argument where Batman is holding the Joker by his collar. The work done on the shadows by the artist is beautiful. 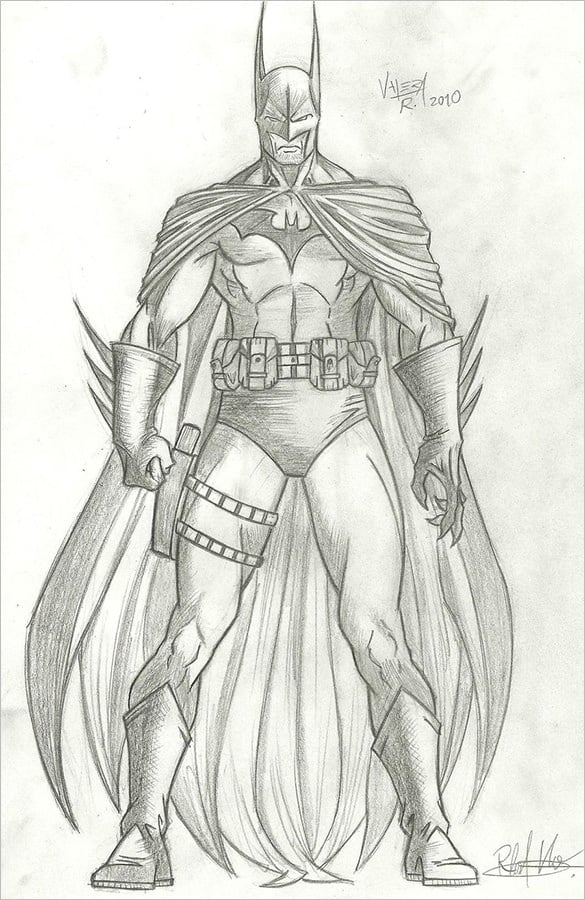 This is an amazing sketch of Batman where Jim Lee’s version and Michael Turner’s version are melted together. Nice work has been done on the costume by the artist. This image of Batman looks less muscular.

Fantastic Batman Drawing For You 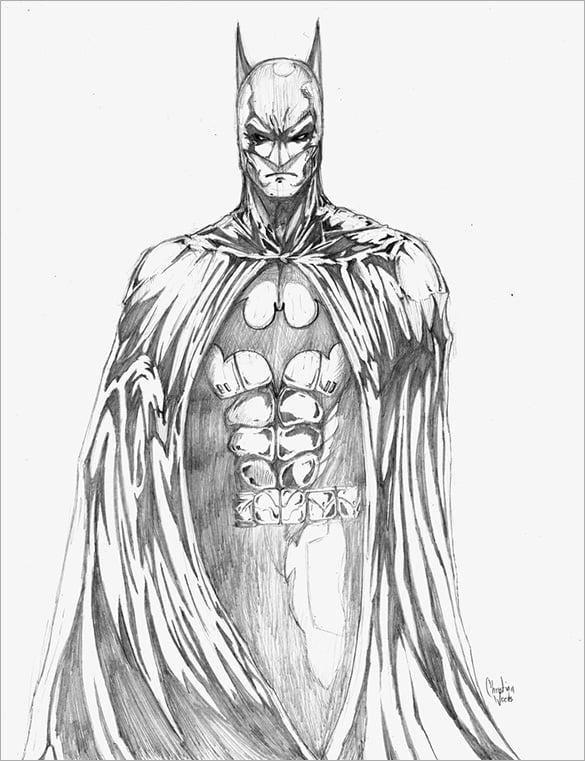 This sketch of Batman, the superhero is pretty different from the rest. Here his abs has been given a lot of focus. And what catches the eyes of the viewer are the details on the cape of Batman. 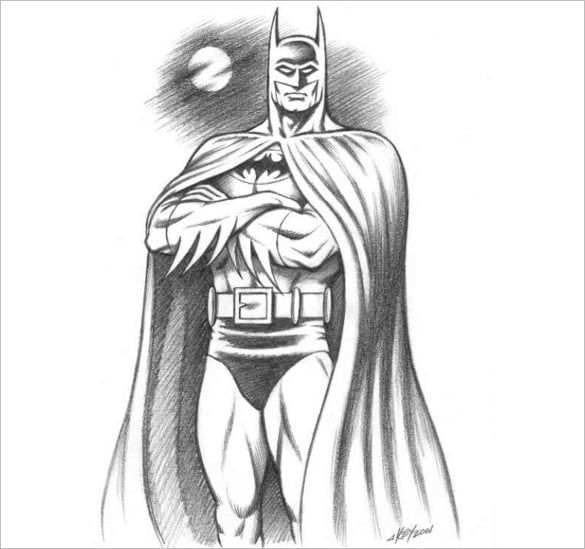 This is a marvellous sketch of Batman. This version of the Dark Knight detective is not based on Alex Ross’s style, but more on Neal Adam’s version from the 1970’s. The shading done here is beautiful. 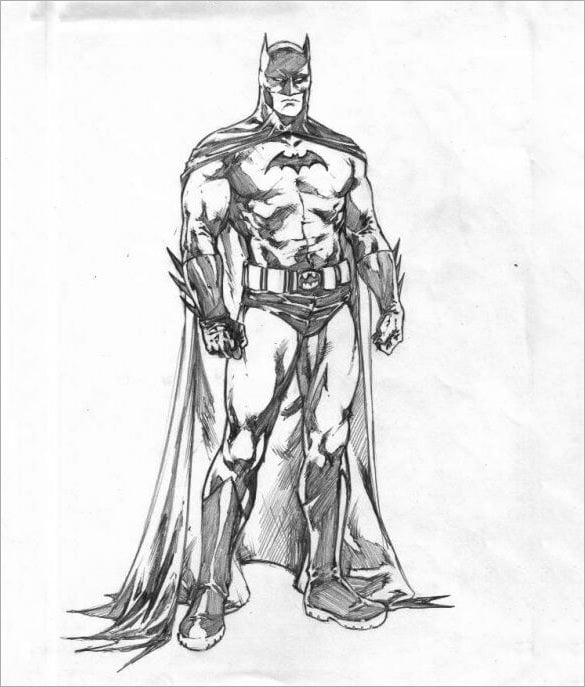 This is a beautiful sketch of the famous superhero standing in all his glory ready to fight and save the world. You can download or print this sketch and use it according to your requirement. 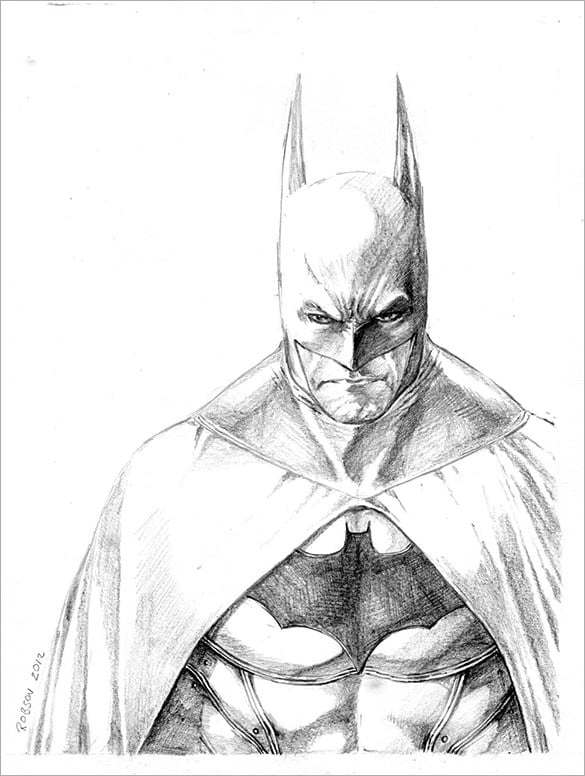 This is a Batman sketch drawn from the Arkham City, the action-adventure video game. This is a very nice sketch where the white is very prominent. This sketch can be used as a comic book illustration.

Outstanding Batman Drawing For You 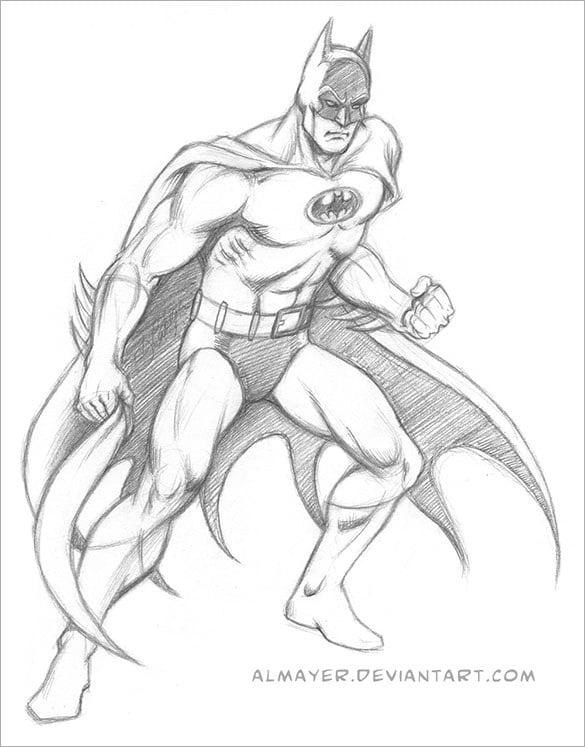 This is an outstanding drawing of Batman. The pose given to the Batman here by the artist is very different from all other Batman sketches on the internet. He looks ready to save the world. 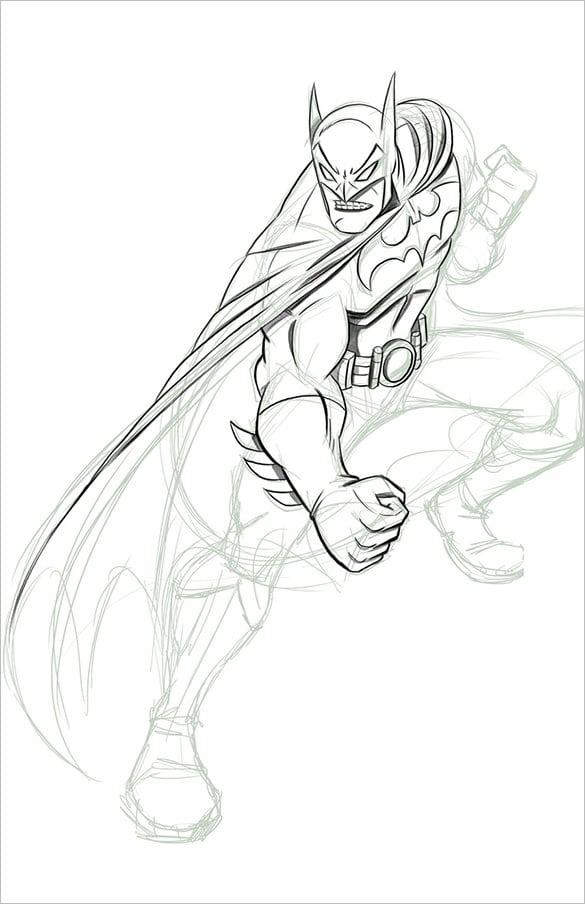 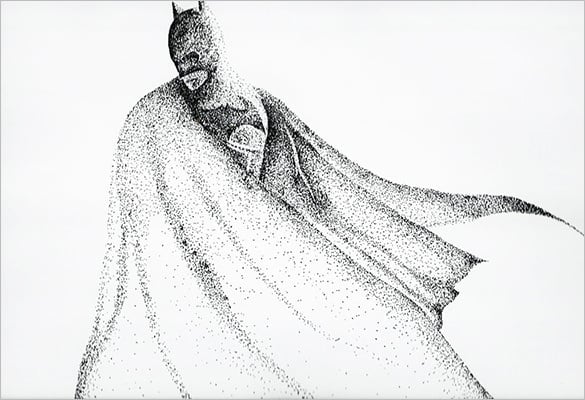 This is a mind blowing drawing of Batman done entirely through Stippling. Stippling is an art of creating a pattern with numerous small dots or specks. It is a very different drawing from all others that you see on the internet. 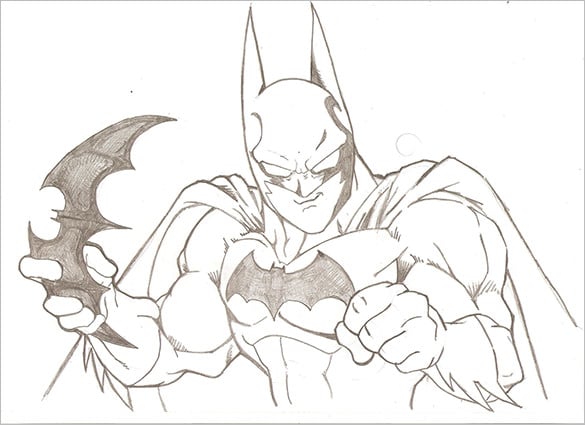 This is a pencil drawing of Batman in Toriyama style. This is a very unique style of drawing. The Batman looks quite fearful with his smirk and fingers folded in a fist, ready for a battle.

You can get the logos, equipments and the full figure of batman as print outs. Once you have the different print outs you can easily assemble them and add detailing to them. Getting color prints are the best for batman.