Are you about to leave your current workplace? It could be that you have got a new job opportunity or that you are moving out to a new place. Well, regardless of the reason for leaving your present workplace, you have to inform your office about your decision through a Formal Resignation Letter. It is usually sent 2 weeks before the actual date of leaving the office and it helps the employer to prepare himself for your absence and arrange for a necessary replacement.

This two weeks notice letter talks straight to the point by stating the announcement of resignation right in the first line. It also promises to help out the employer during the transition process.

You have a standard formal resignation letter here which you can use when you are offering a two weeks notice letter to your employer. It also states that you willing to train your replacement in the office. 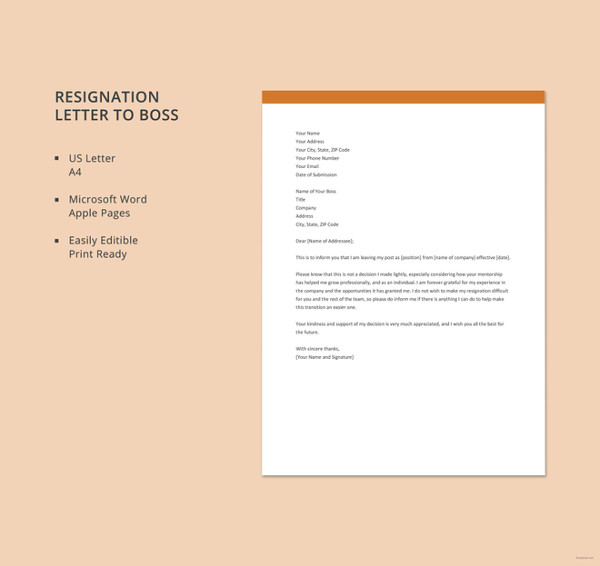 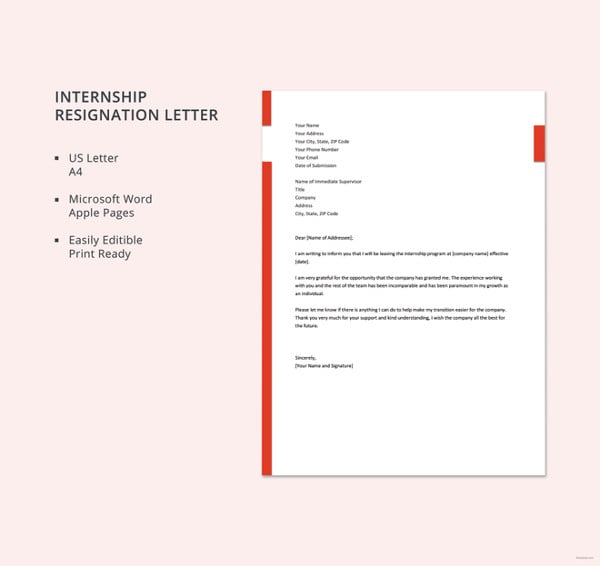 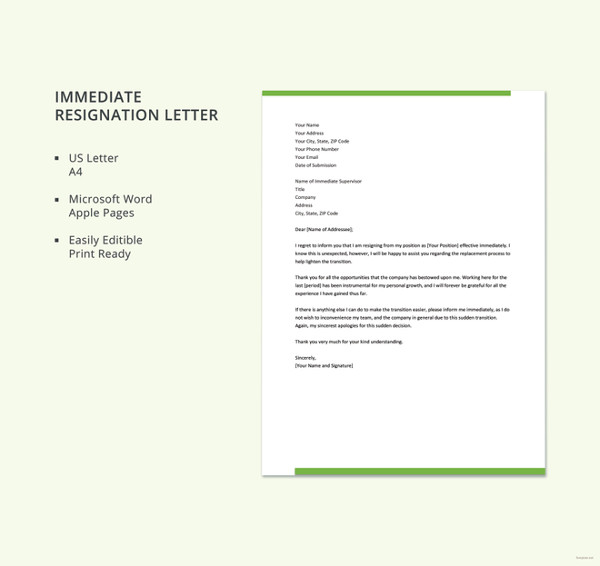 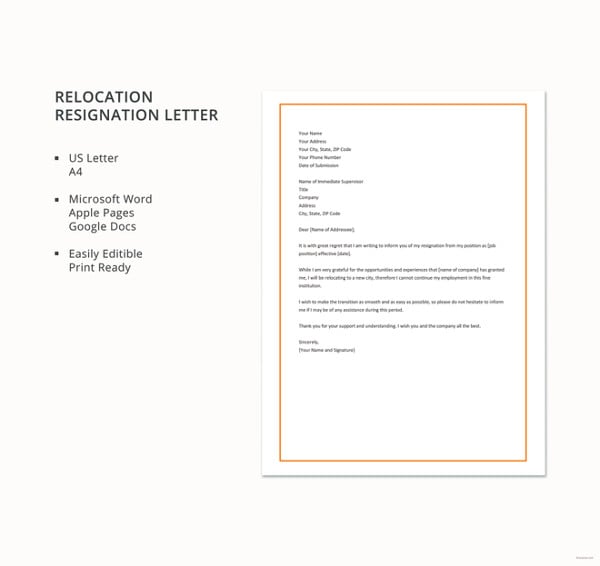 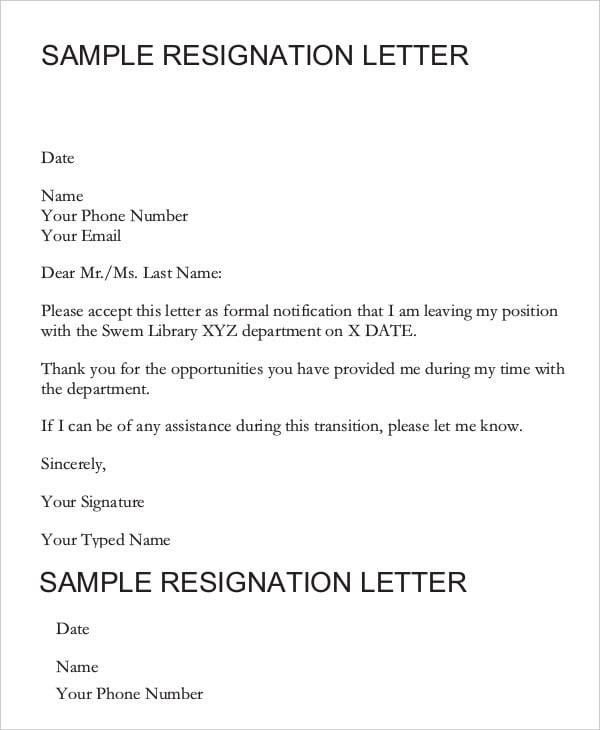 You have a brief but professional email resignation letter which sums up the entire thing in just 3 lines- the first line talks about the decision to resign, the second line thanks the employer for opportunities, and it concludes with the promise to help in the transition.

> What are the tips to write a Formal Resignation Letter?

When it comes to writing a formal resignation letter, you should primarily state your decision of resignation right on the first line- along with the date from which the resignation takes effect. Then, you might state the reason for resigning from your current job.

It’s not always necessary to mention the reason behind your resignation, especially if it’s something out of compulsion. Besides, you should mention how rewarding it has been to work in your current office under the employer and your great colleagues. The Letter Template would conclude with your promise to help the present workspace during your transition period. 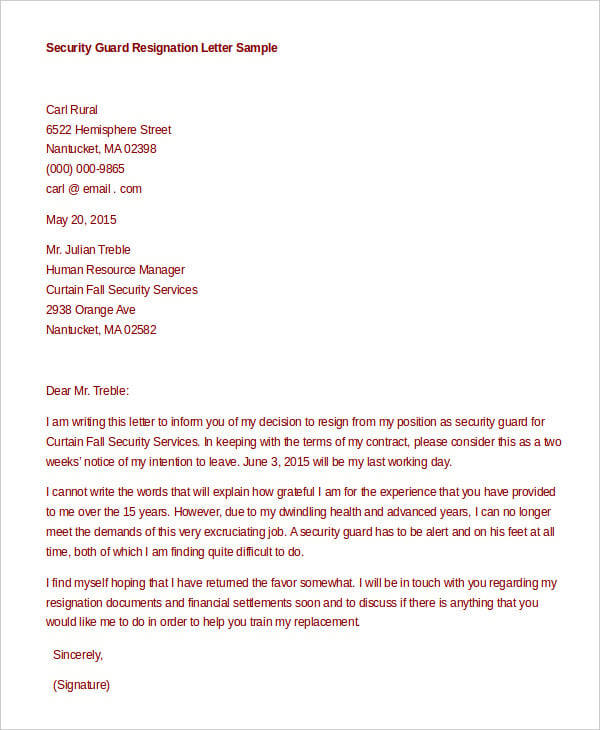 You have a professional security guard resignation letter here which would be helpful when you are looking to serve a two weeks notice to your employer. The letter also details about the reason for the resignation. 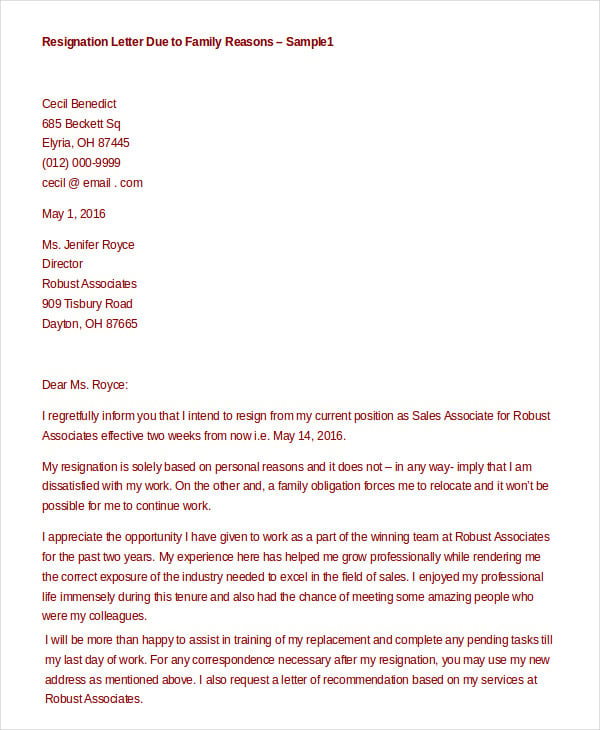 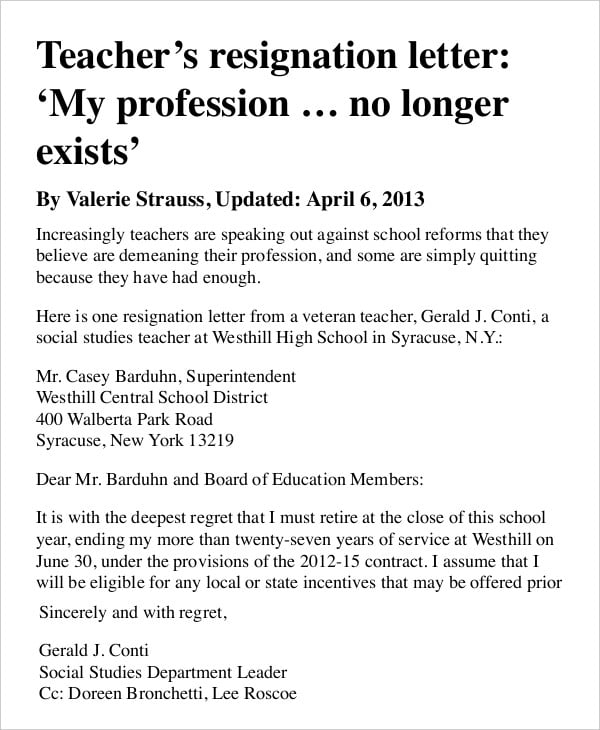 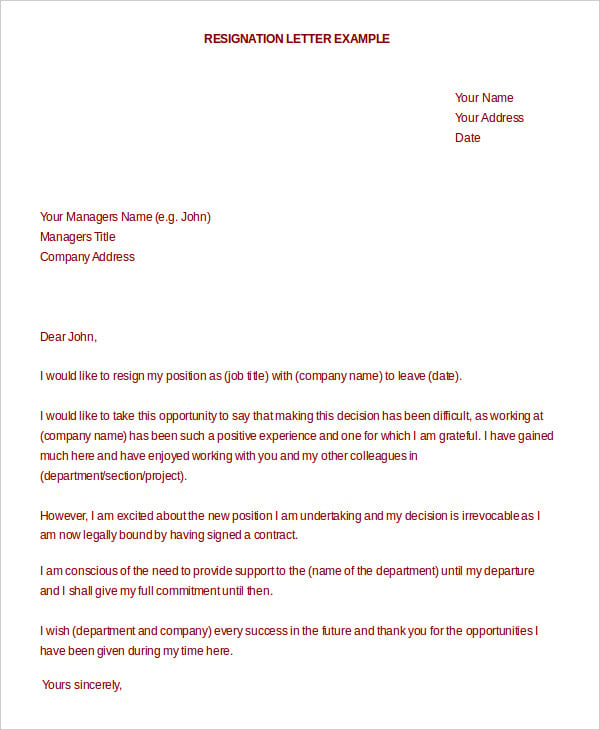 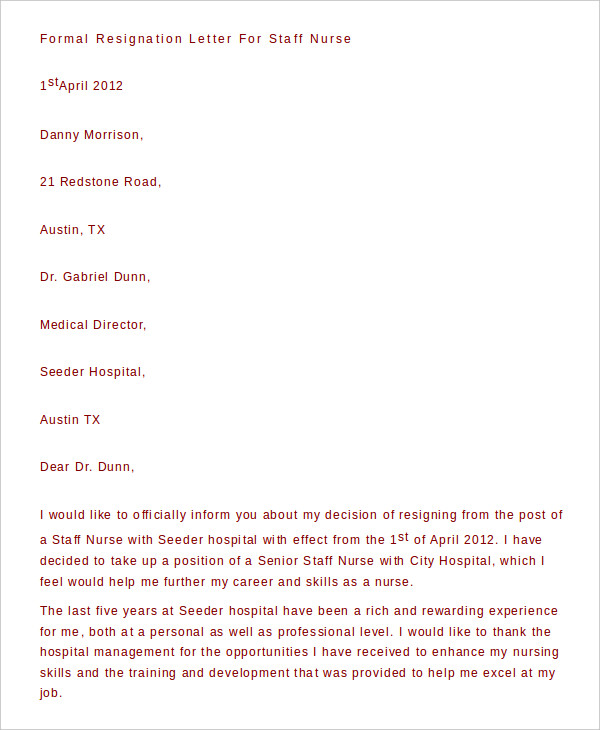 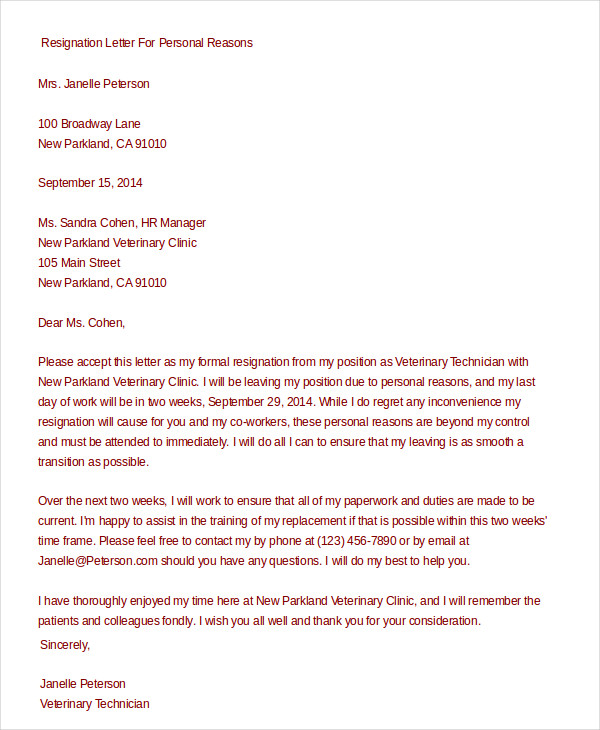 > What are the mistakes to avoid in your Formal Resignation Letter?

This rule applies even when you are somehow forced to leave your office given a hostile situation. You should not speak of anything bad about your office or co-workers in your letter. And yes, it would be a mistake to state criticisms about your organization’s client and the overall culture in your immediate resignation letter.

If you are looking for ideas on how to draft a formal resignation letter example, the templates mentioned above would be really helpful for you. You have a wide variety of resignation letters here that gives you an idea on the proper format and wordings of such a serious letter. All of them can be modified easily with your own data.