Use these carefully crafted and beautifully designed greeting card templates to wish your loved ones a happy anniversary. These great designs are perfect for the occasion, whether you want to let your spouse how much they mean to you with a special card, or want to wish a couple who is important to you on their big day. 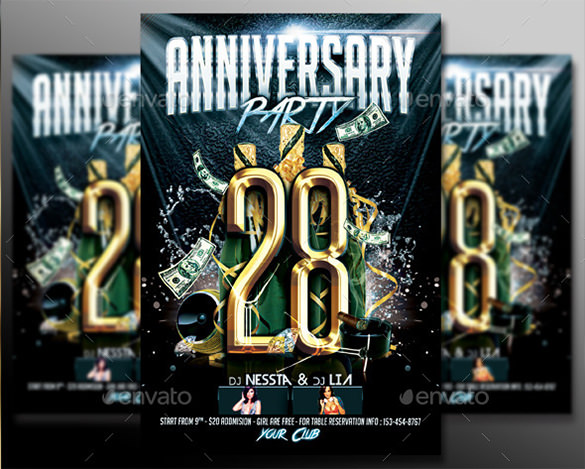 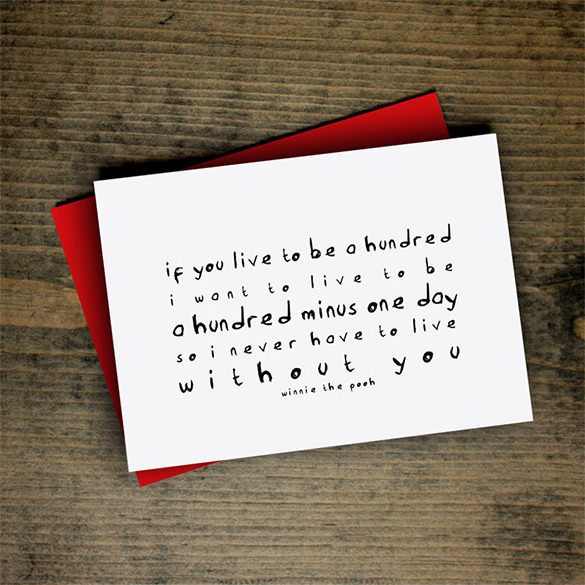 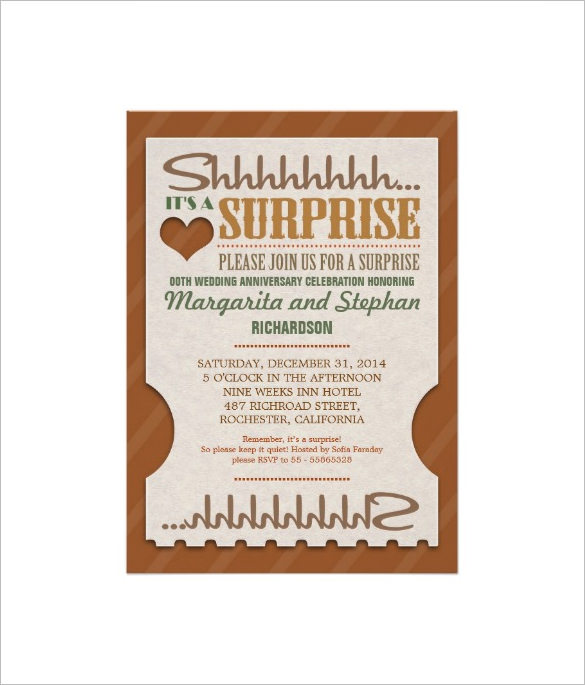 Plan surprise anniversary parties for you close ones and invite the guests with this surprise wedding anniversary card template sample that clearly mentions that the party is a surprise. It has cute design with a little heart at the upper left corner that can also be cut out 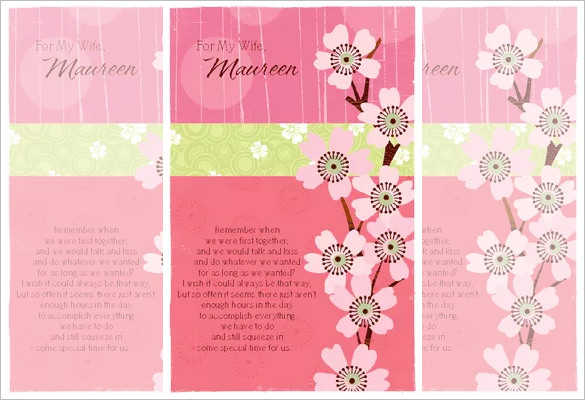 Sweep you wife off her feet by gifting this utterly wonderful and beautiful anniversary card to her which has been designed using this template. This free and print mockup is replete with the color pink and floral artwork on the right-hand corner. Overall the template reeks with elegance, a quality synonymous with beautiful wives! 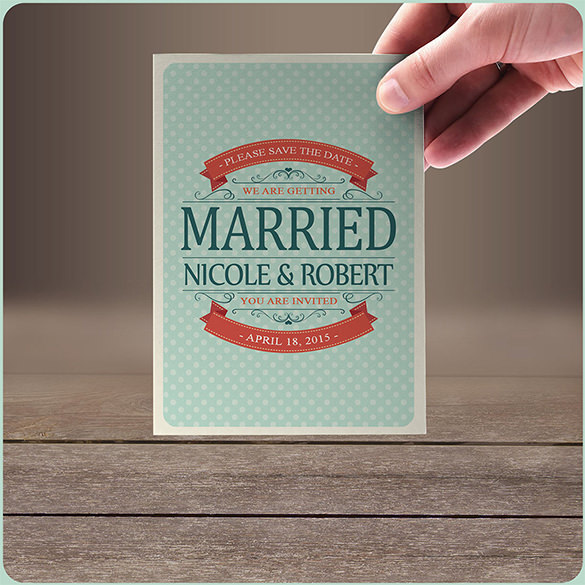 If your marriage has sustained the test of time, you may want to pick an anniversary invitation card which is vintage. Well, here’s an example which would interest you very much. Download, design and send out this lovely invitation card to friends, family and others! This template is available in dual formats – Word and PDF. 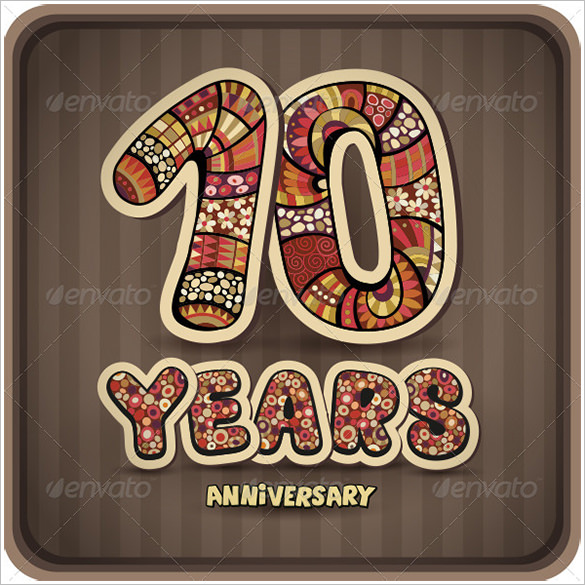 This awesomely designed anniversary card sample has a brown striped background with the number of years spent together by the couple in candy like funky design. Download it to give a quirky touch to your anniversary card 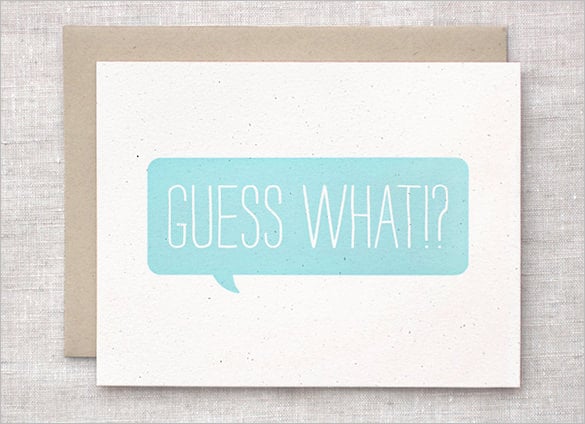 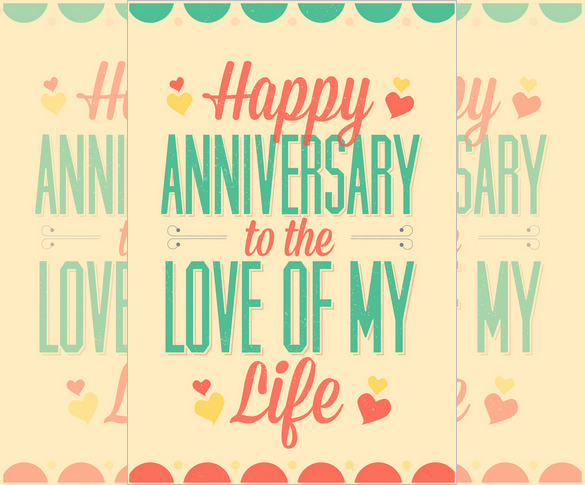 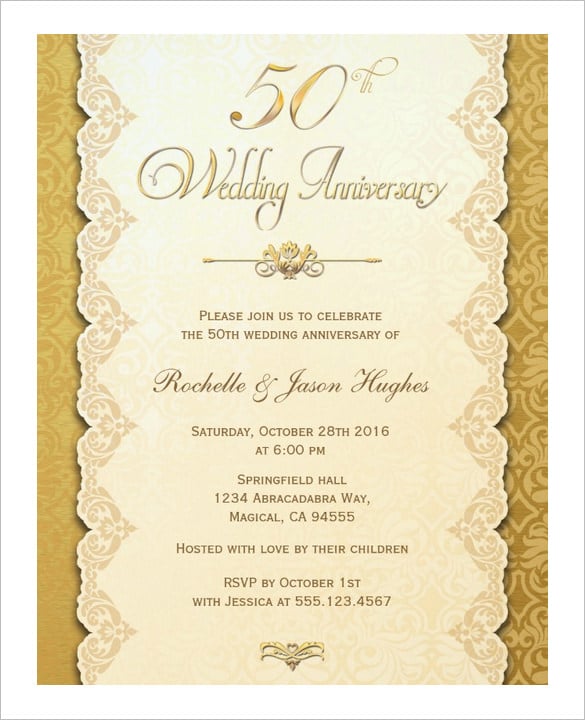 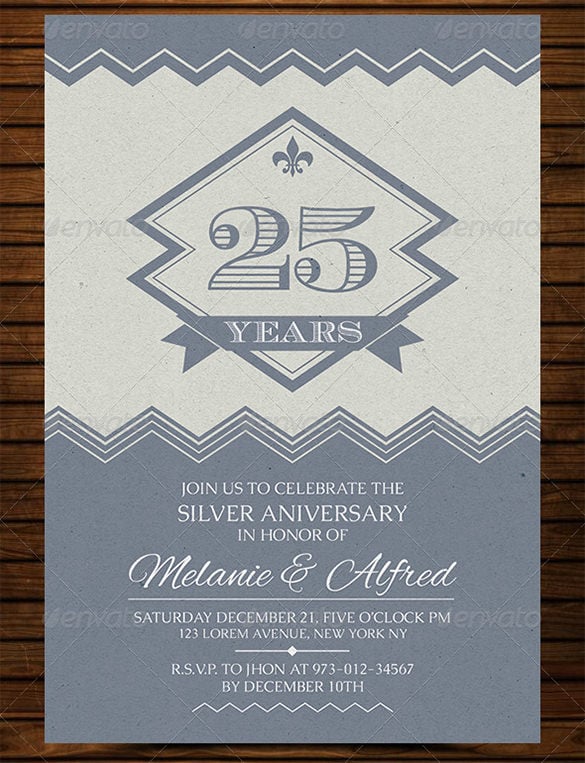 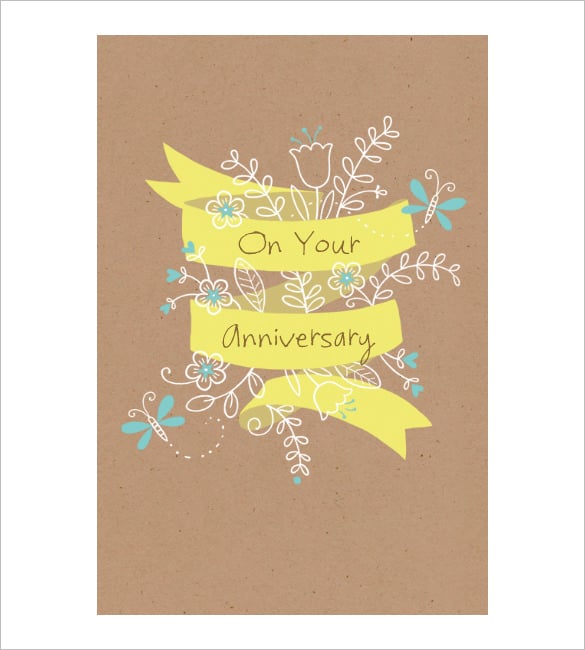