Icons can communicate a lot without using any text or much space, and that makes them appropriate in designs that involve maps. Sketchy icons, animated icons, coloured icons, shadowy icons – you can find anything and everything in the collections of vector maps icons, so that you can make your designs expressive and effective in terms of designs. Use black and white, as well as deftly coloured map icons to bring out the best from your commercial and persona; design projects.

Vector map icons include all kinds of relevant files so that discerning designers can do their experimentation and create better and more relevant vectors to be used on their designs and web pages. From Illustrator Ai to SVG files, from EPS to PNG – there’s every format available. Not only can you rely on them for your web pages and maps designs, but can also employ them in creating apps for smart phones and tablets. Explore the best that the world of vector maps icons have to offer with collections of maps icons spread across categories such as terrains, topographies, wildlife, urban services, population, road signs and more. 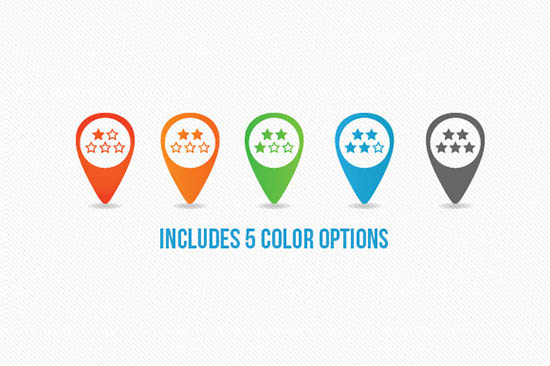 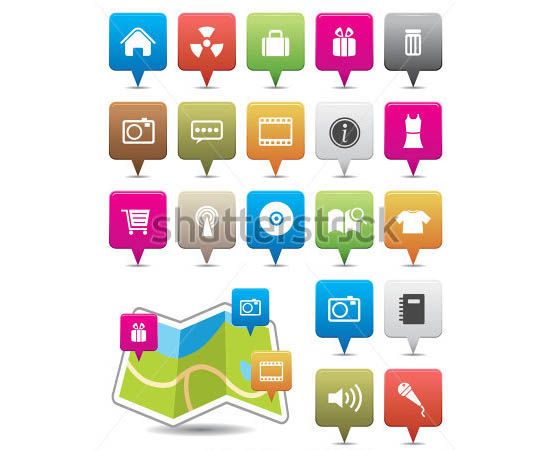 The variety of map icons is so astounding that you can use any kind of icons to denote particular terrains on maps, such as fishes and sharks to denote marine life, tigers and towering trees to denote forested areas, building and people faces to mark out heavily populated areas, and of course, weapons and military tanks to indicate defence lands. Services such as hairdressers, restaurants, airports and railways stations can be easily marked out on congested maps with the help of these icons. 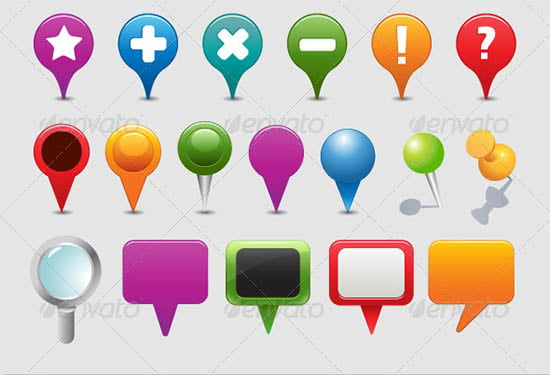 World Map with more than 100 icons 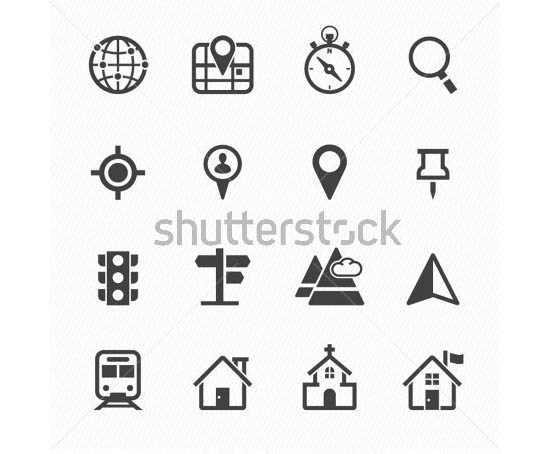 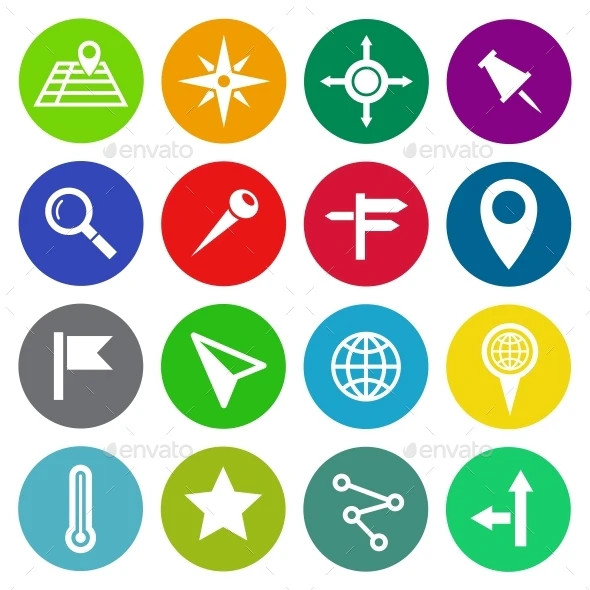 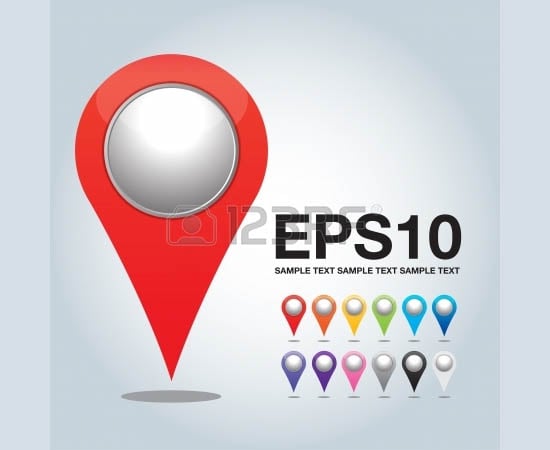 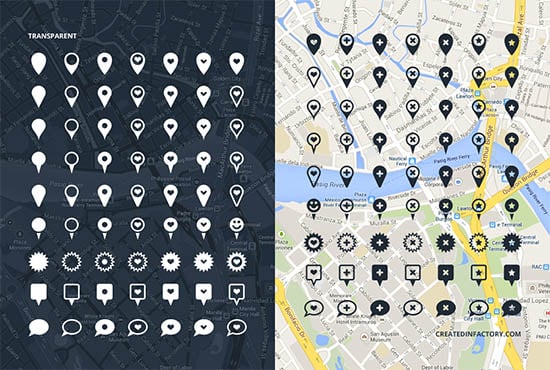 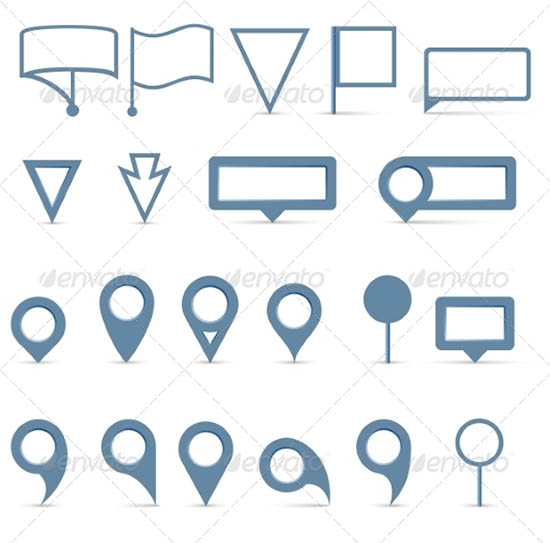 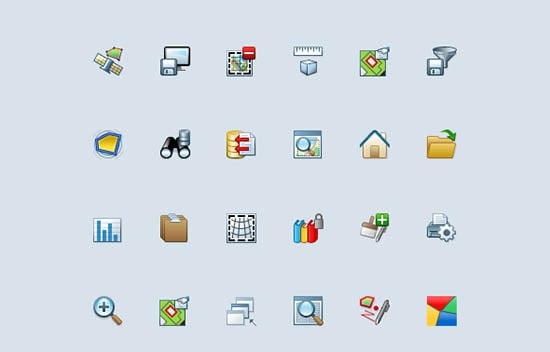